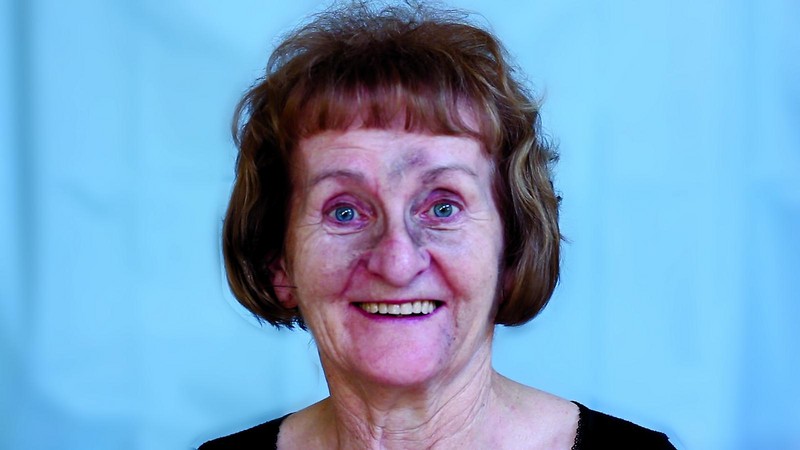 Working mainly in moving image, Anita Delaney traces an aesthetic of the pathetic; a certain sensibility and aesthetic balanced between the failed, the humorous and the abject. With considered framing and mise en scene, her videos feature objects and actors engaged in deliberate action. The particularities of objects - their functions and forms - are important in the work. Equally important is their moment of interaction with the actor; the gesture, the specifics of the touch/ hold/ squeeze/ shove. Each component of each scene is precisely weighted from the grease under the actor’s nails to the twist of a shred of foam, to the spurt from a milk carton.

Anita Delaney completed a BA in Animation in 2005 and a BA in Fine Art 2006, both IADT, Dun Laoghaire. In 2011 she completed her MA at Chelsea College of Art and Design, London and since then has exhibited extensively including Must Go On Rua Red, Dublin (2014); Ceri Hand Summer Fete at the Ceri Hand Gallery, London (2013); Norwich Outpost Open Film selected by Adam Pugh and Jesse Ash, Norwich (2013), RHA Futures, Royal Hibernian Academy, Dublin (2013); Bloomberg New Contemporaries at the Liverpool Biennial and the ICA, London (2012); AND at FACT Liverpool (2012); Studio Voltaire members show curated by Jenni Lomax and Mike Nelson, London (2012). Forthcoming shows in 2014 include Anita Delaney, Ormston House, Limerick, and Handjob, Embassy Gallery, Edinburgh.

Pádraig Spillane’s photographic objects are created from one single image of a person. This single image has been broken in to different parts, separated from the whole. Some of these images are close-ups of facial features, some being unrecognisable after being selected and modified. Created through a process of hand manipulation and scanning fragments, there is an inherent distancing in the works, producing ambiguous forms; though details remain of the person, they have become odd uncertain objects. Spillane’s work explores the conditions of representation: what boundaries are between us as subjects and objects? Do we see ourselves fractured in our viewing of them?