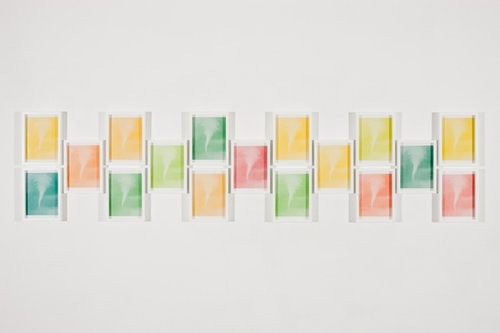 The Kerlin Gallery are pleased to announce its first solo exhibition, ‘another place’, with Dublin based artist Mark Garry.

For this exhibition Mark Garry focuses on the intimate connection between hand and head, exploring the grounding of skill in physical practice – the hand habits of striking a piano key or carving with a knife, drawing with graphite, sewing with thread. Believing that faith in something still makes sense; Garry strives to understand those imaginative processes that enable us to transcend time, place and histories. These works attempt to create a dialogue between physical practices and thinking. They investigate tacit and haptic processes of learning, rhythms of biological life, rhythms of problem solving, of practice, of repetition; an opening up of the imaginative possibilities of things occurs again and again. These delicately considered site-specific installations are measured and quiet, requiring meticulous systems of construction. This new collection of elements dramatically transforms this space creating a situation that is at once empathetic and spectacular.

This practice is a generative process and involves the stretching and consolidating of the physical capabilities and conceptual possibilities of the materials he work’s with, both as individual entities and when combined with other materials and objects. Through his intervention one's perception of these materials is altered fundamentally from their utilitarian origins.

While Garry uses a variety of media and mechanisms in his practice, including drawing, film making, writing papers, recording and releasing music, Mark primarily focus on the making of site specific gallery based installations.