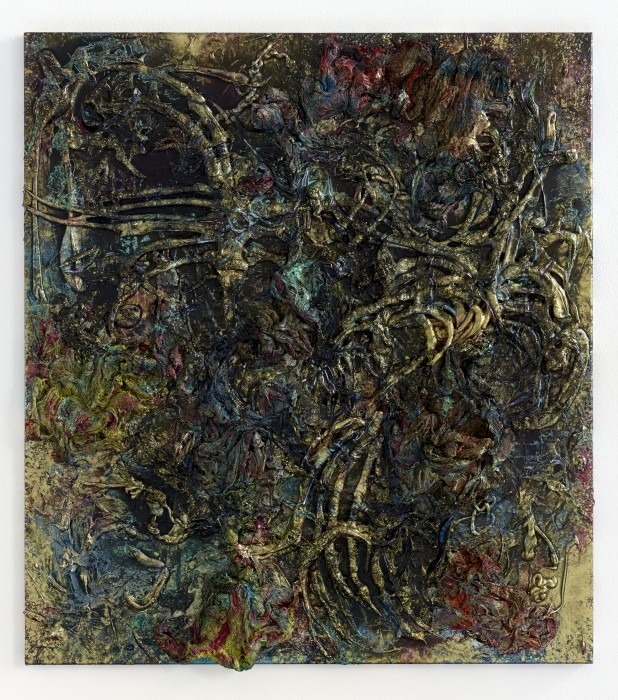 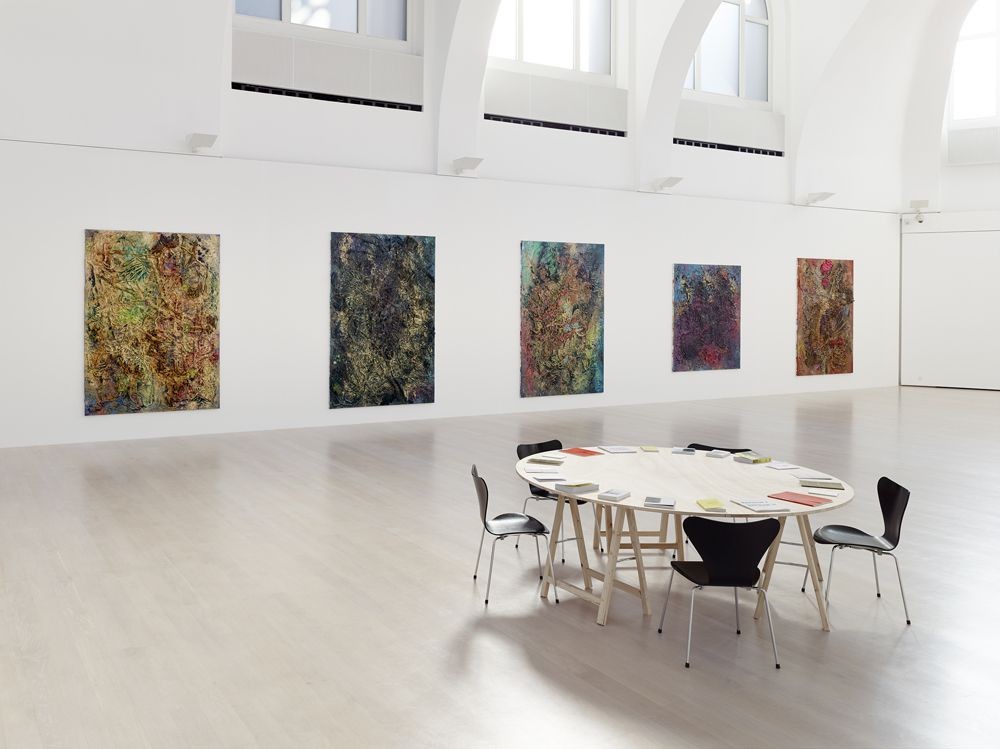 Whether in language or images, lectures or exhibitions, the problem of aesthetic expression lies at the center of Dominik Sittig's (*1975 in Nuremberg) art. His works reverse ideas of transparency, direct expression, and artistic authenticity into the opaque, paradoxical, and artificial. In texts and images, Sittig creates a body of work that diagnoses its temporal horizon and reveals its preconditions, while also integrating the exhibition context. The kestnergesellschaft will be presenting a comprehensive selection of Sittig’s paintings as well as his collected publications among them the dream journal published on the occasion of the exhibition.

Sittig’s paintings take shape in a lengthy process and are overloaded with paint that protrudes from beneath a glistening film. These tangible surfaces seem to be formed by a relentless, decaying growth. Expectations of artistic expression, doubts about the means of art, and clichés of painting are exaggerated or distorted to the point of deformation. Layer by layer, the paintings develop from the familiar into the monstrous and dig deeper into the past of their forms of expression. Sittig’s paintings thus become parodies that paradoxically result from extreme seriousness.

In addition to his earlier oil paintings, new acrylic paintings will also be shown in the exhibition. This change from a traditional, established material to a more recent, synthetic one also enhances the artificiality of Sittig’s paintings, they seem even more like simulations of themselves.

This increasing artificiality is also strongly apparent in Sittig’s texts and lectures. Their formal spectrum ranges from critical analyses, diatribes, and proclamations to psychological confessions, accounts of dreams, and poems. For instance, he condemns retrograde trends in art over the past decade as a symptom of a levelling consumer taste and an even broader striving for consensus in all things. Sittig illustrates neurotic mechanisms in the desire for self-expression, but ideas of authentic subjectivity are rejected in his texts as well. In language, too, Sittig fully exhausts established forms by overloading them while also questioning or even negating them.

Works by Dominik Sittig have been shown most recently in solo exhibitions at Galerie Nagel Draxler in Berlin (2014) and the Kunstverein für die Rheinlande und Westfalen in Düsseldorf (2012) as well as the group exhibitions Painter Painter at the Walker Art Center in Minneapolis (2013) and Based in Berlin at the Hamburger Bahnhof in Berlin (2011).
www.kestnergesellschaft.de