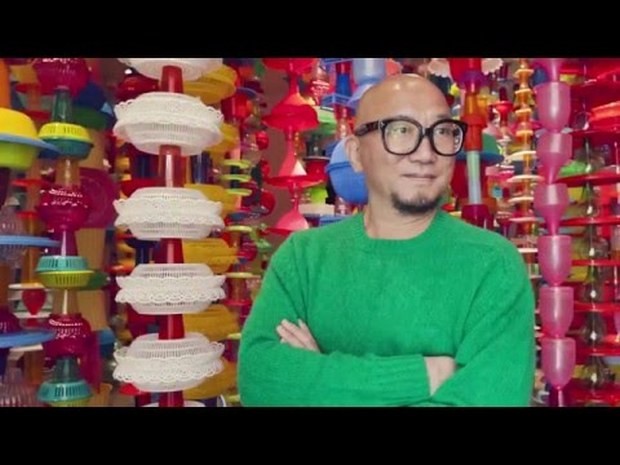 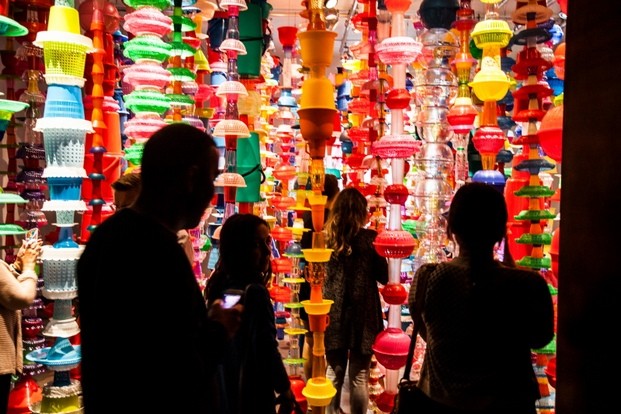 Happy Happy by the Korean artist Choi Jeong Hwa takes the viewer into a colourful plastic jungle. A closer look reveals that the resplendent paradise consists in fact of chains of domestic appliances stretching from the ceiling to the floor.

At the same time, the works also call our attention to the materialism in which we live and the overabundance of goods, the ubiquity of plastic.

Choi finds inspiration in the chaos and beauty of the city and its people, he wants to bring something new and collectively shareable into the public space. The exhibition also includes a participatory work of art.