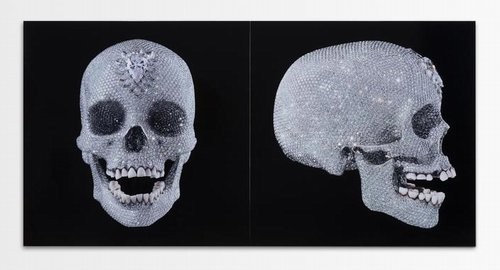 CREAM, Kiasma's main exhibition in 2010, will present the works of Damien Hirst and his contemporaries mainly from private Finnish collections. With Damien Hirst as their most prominent member, the Young British Artists (YBA) group heated up the world's art market in the 1990s and made contemporary art a hot topic shared by the media and general public.

The exhibition will show works by 16 artists, most of whom started their career in London at the beginning of the 1990s. YBA was one of the most famous art phenomena of the era. In the 1990s, young British artists were like rock stars, and their artistic endeavours and personal relationships were followed by the art world and attracted wide media coverage.

The artists of the YBA group have each continued their separate careers through to this day, and the exhibition will also exhibit their current work. It will also expand on the prevailing view of British art of the 1990s by exhibiting other artists of the same generation alongside YBA.

Several works by Hirst on display

The exhibition will include installations, paintings, sculptures and videos, mainly from Finnish, but also from British collections. Works by Tracey Emin and Helen Chadwick will be included from the Kiasma collection.

The exhibition curators are Arja Miller and Satu Metsola. Cream was assembled with the generous assistance of Kiasma Foundation.

The exhibition will be open until 28 November on Kiasma's 5th floor.
www.kiasma.fi