The Taste of Metal 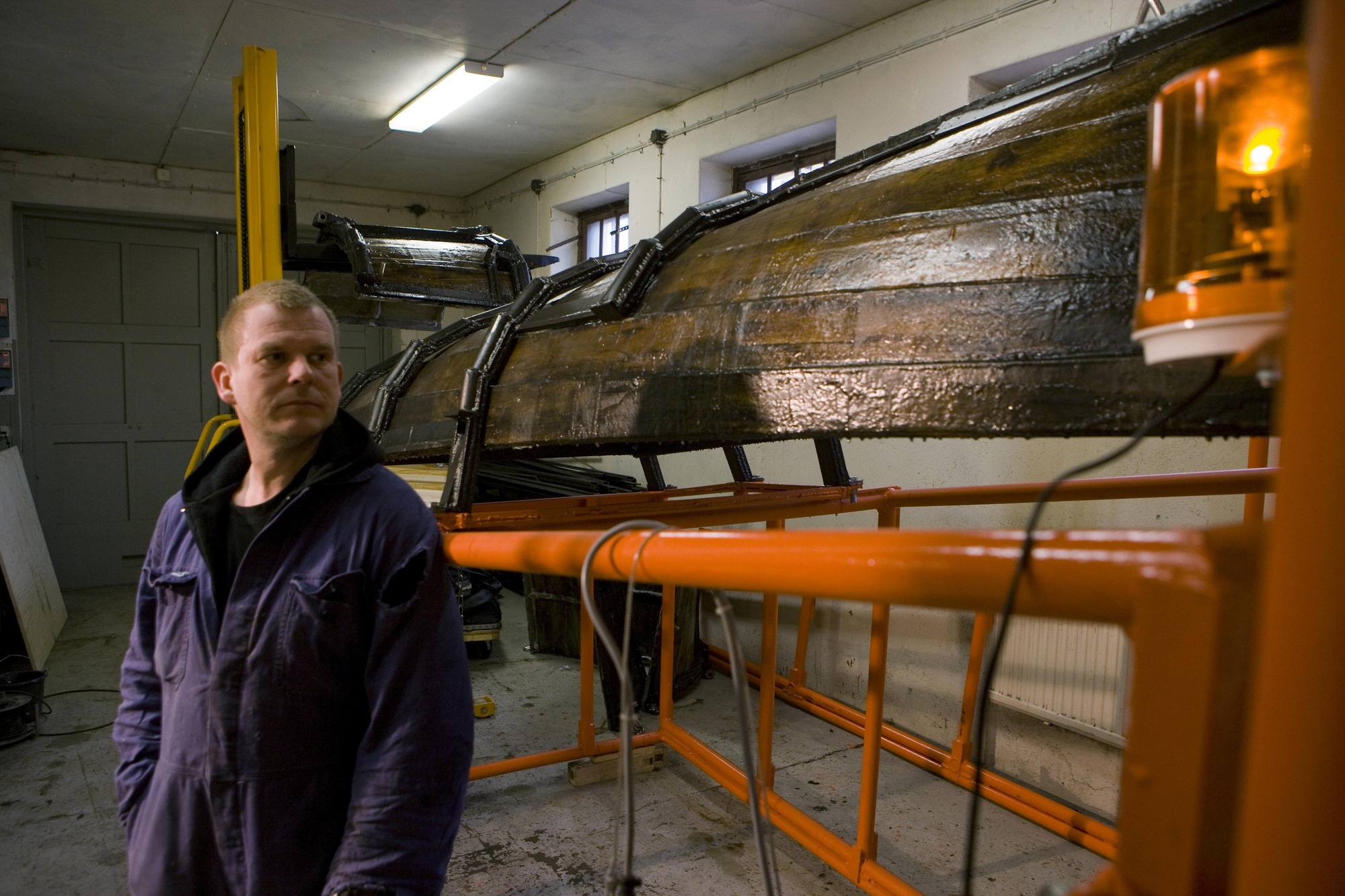 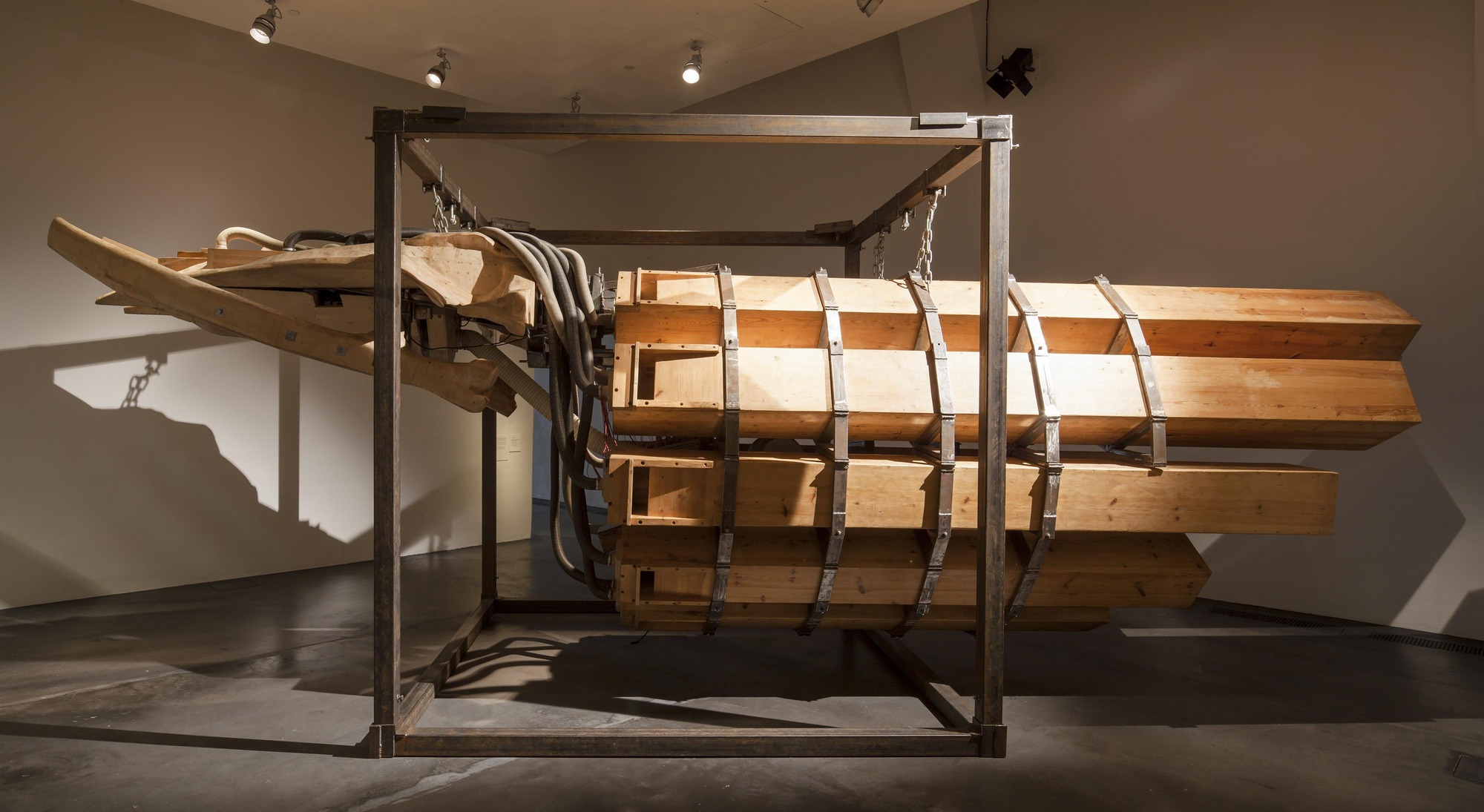 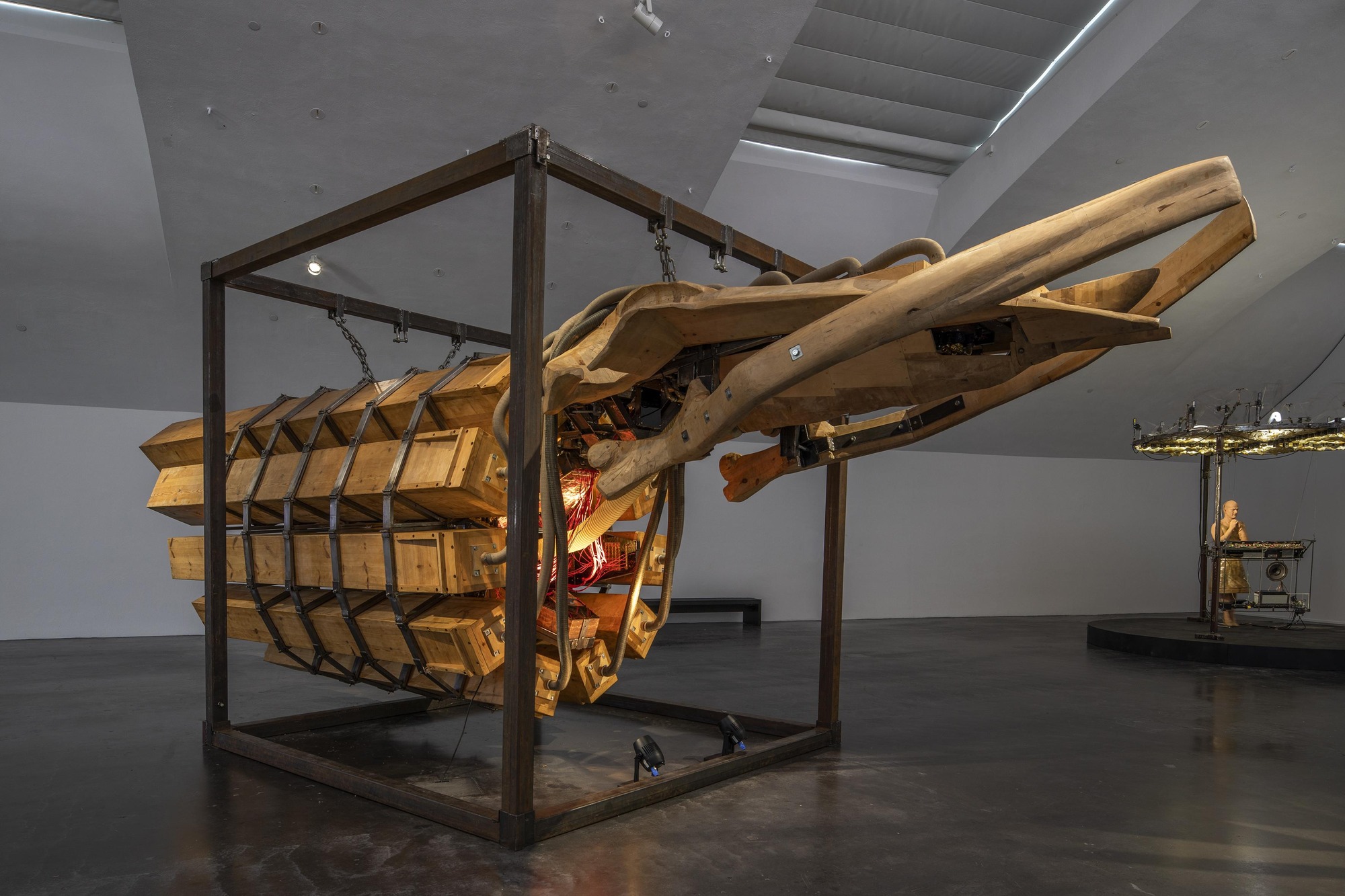 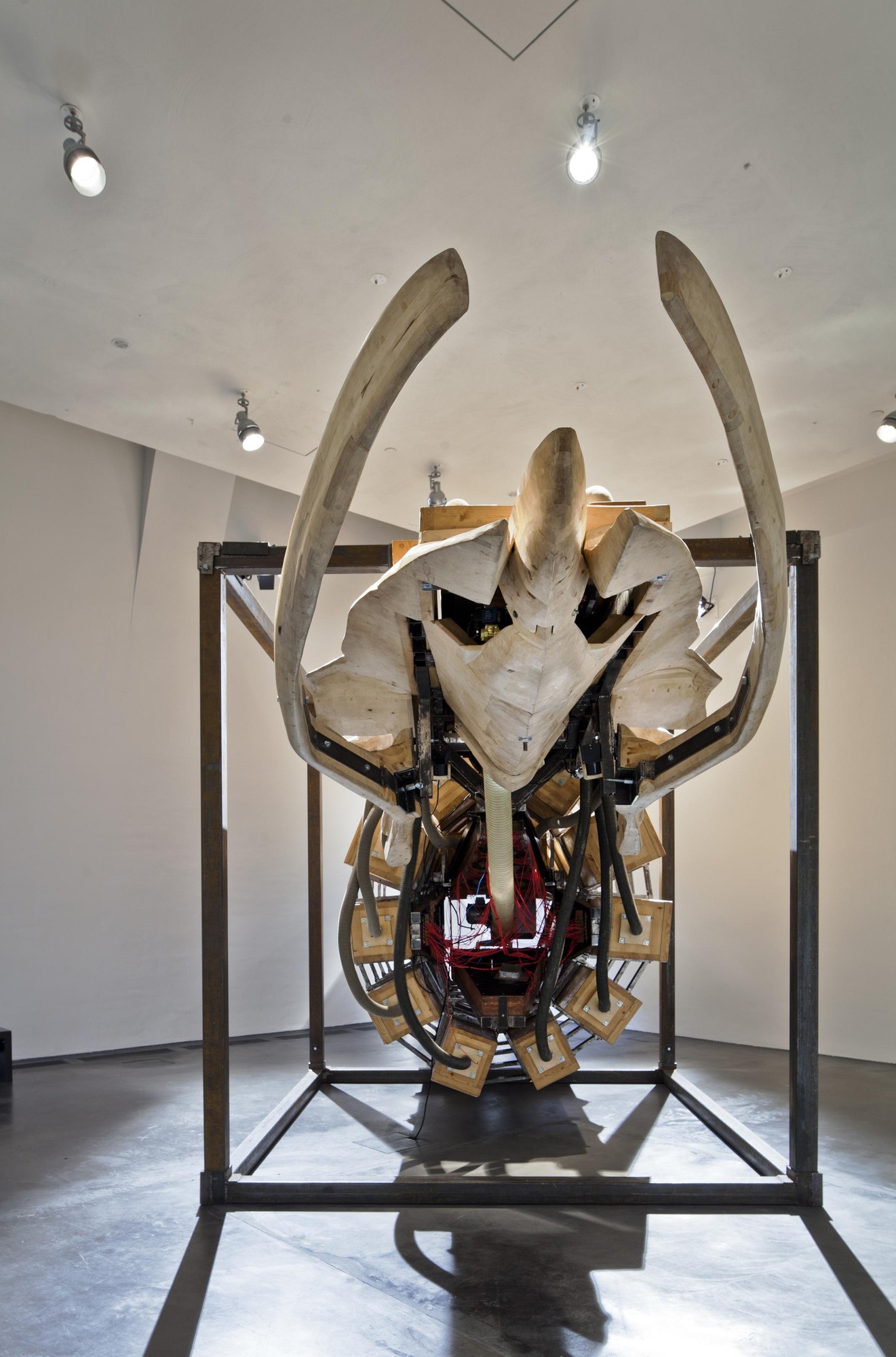 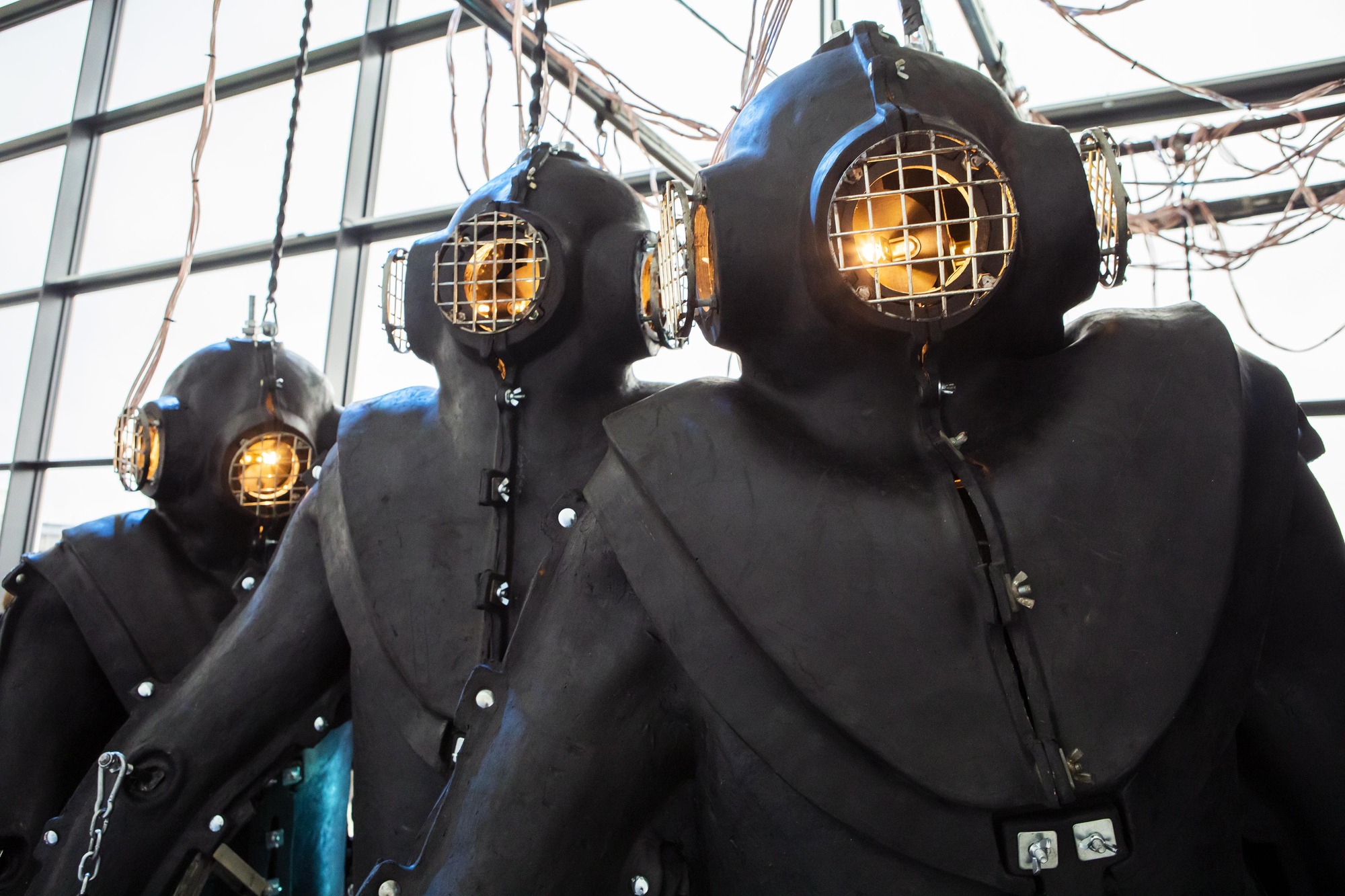 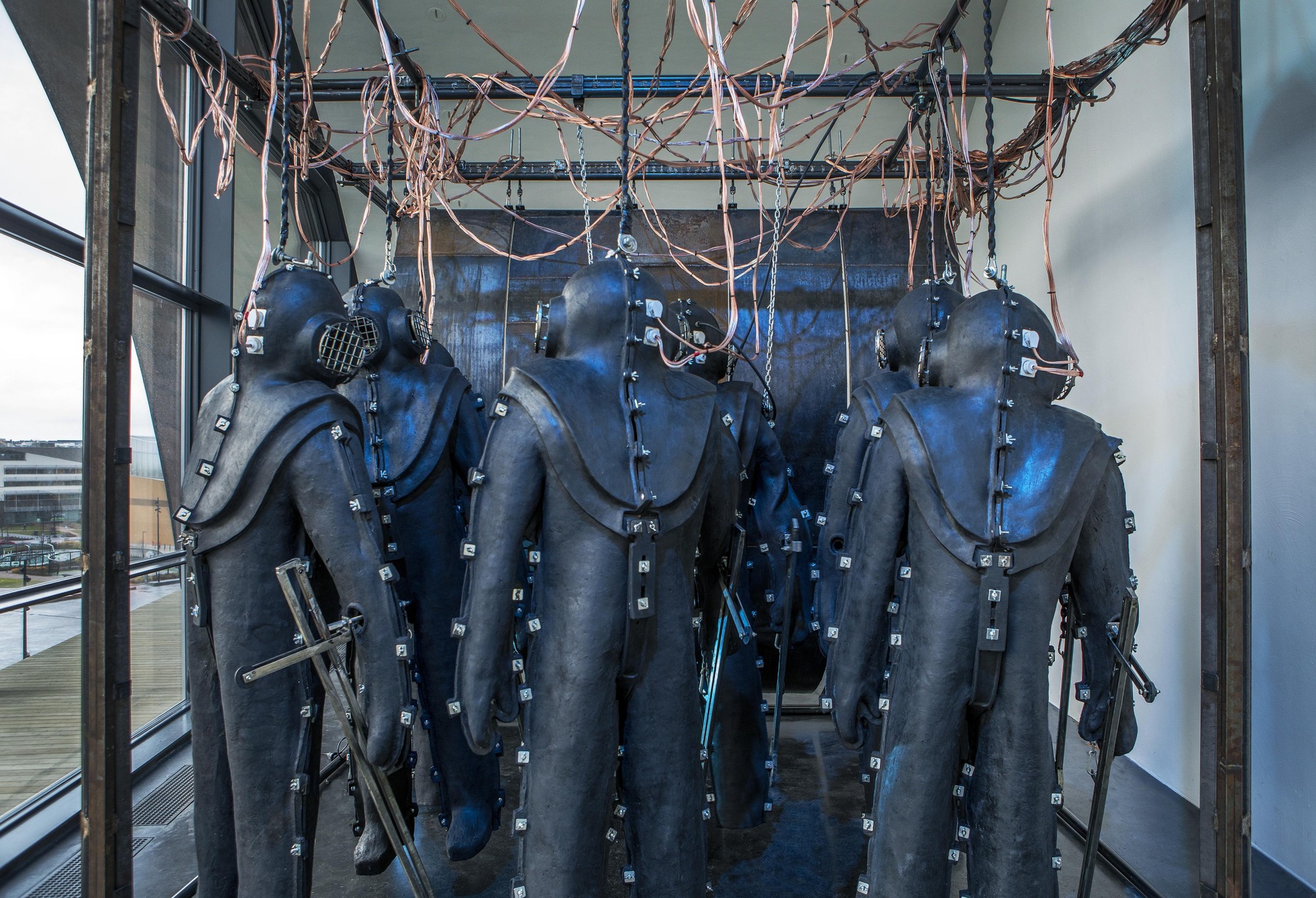 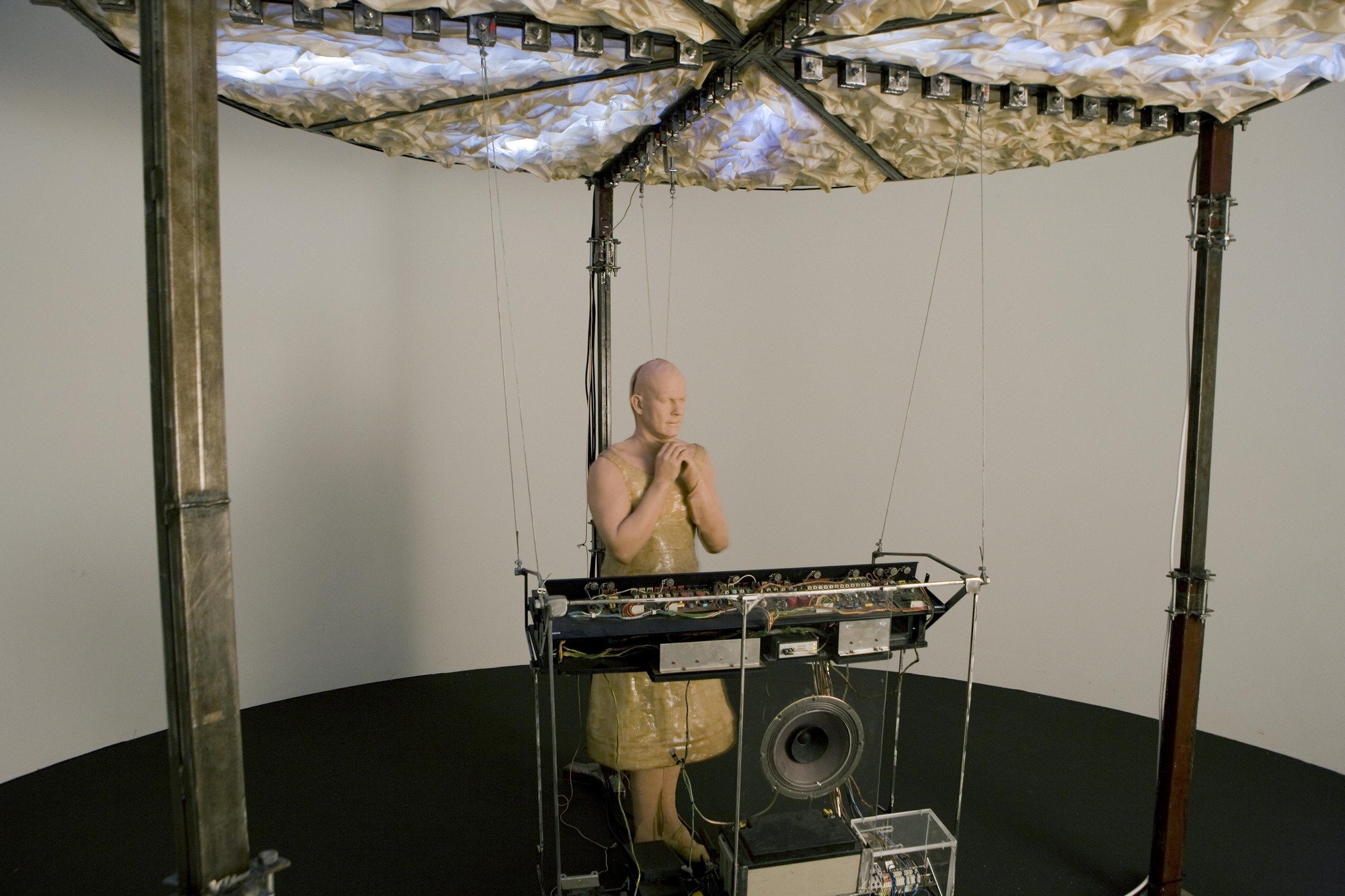 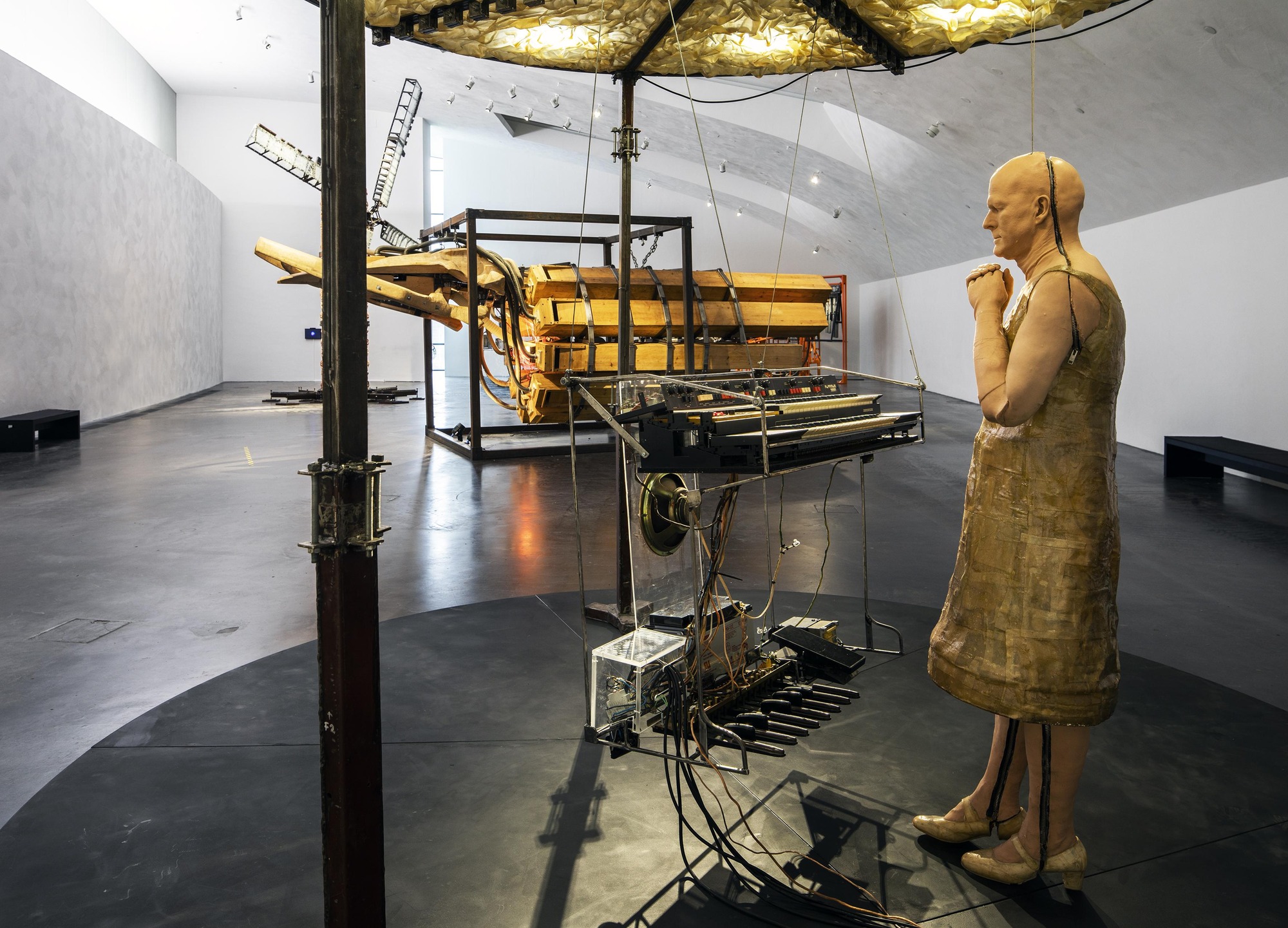 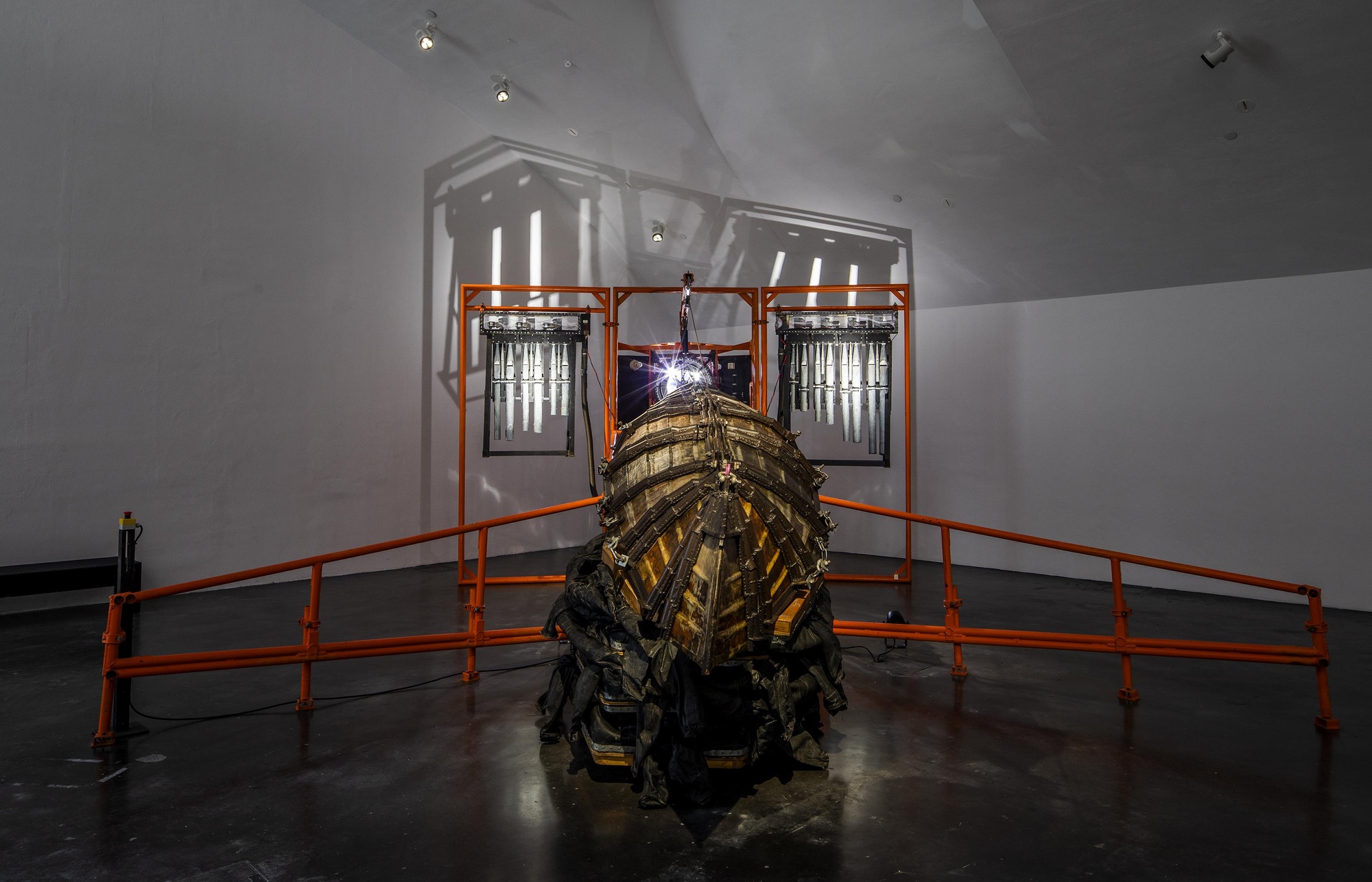 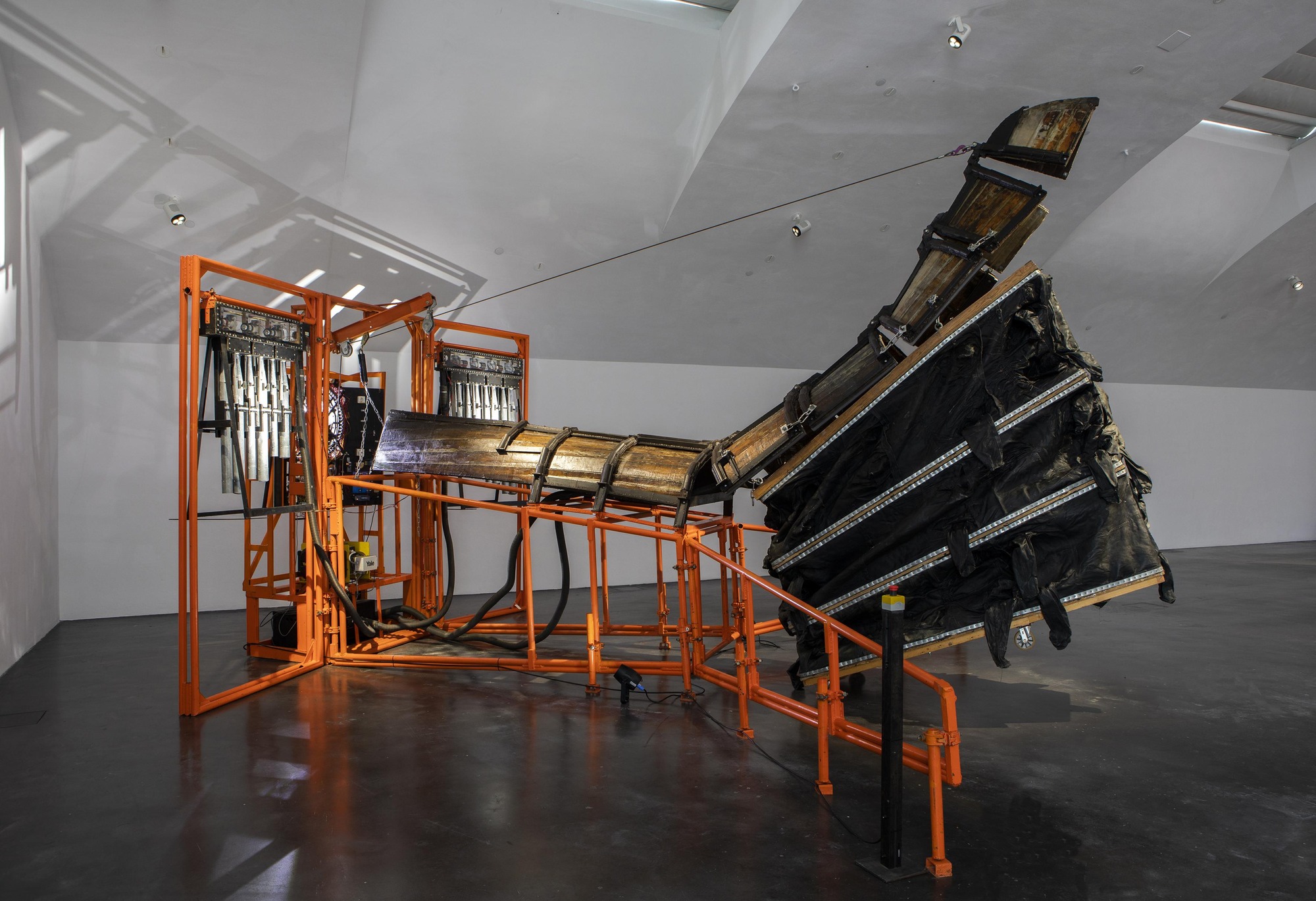 Markus Copper
Whaling Station, 2009
Photo: Finnish National Gallery / Petri Virtanen
The visual artist Markus Copper (1968–2019) is known for his sculptures that take over the surrounding space. The sounds, mechanical movements and lights reverberating in viewers’ bodies spark their attention. Opening on 11 November 2022 in Museum of Contemporary Art Kiasma, the retrospective showcases Copper’s exceptional art and his worldview with a selection of work of unprecedented variety and depth. Diving into the culture of collective trauma and the human tragedies of our time, the exhibition comprises works that were completed between 1991 and 2018.

The exhibition is curated by museum director Leevi Haapala and curator Jari-Pekka Vanhala from Kiasma. The exhibition will be accompanied by the publication of a lavishly illustrated book on Markus Copper’s art, produced in collaboration with Parvs Publishing Company. The book offers fresh perspectives on the artist’s work by several authors.

Metaphors and a sense of danger
The Taste of Metal exhibition takes a deep dive into the collective trauma culture and human tragedies of our time. The large­scale Estonia (2006) and Kursk (2004) capture the communal fear and anxiety induced by the sinking of the car ferry Estonia and the submarine Kursk. Whaling Station (2009), constructed from external ribs sown together out of leather jackets and a rowing boat, is in turn doomed to repeat a ritual portrayal of the flensing of a whale.

“Markus Copper wanted his dramatic sculptures to highlight the forces that govern life, the constant tension between destruction and creativity, the fact that art can explore the darkest aspects of life and society on a symbolic level. The sense of threat in his works evokes turning points, the fragility of life, fractures and transience. The power of the works lies in their ability to open themselves up, through the mythical figures that the artist has created, to the sore points of our own time. They create room to think and to experience the meaning dimensions of human existence,” says Haapala.

Especially in the early stages of his career, Copper sought to impart a sense of threat to his work, and some of his early pieces even involved a dimension of actual danger. A case in point is Sixpack of Instant Death (1995), which consisted of six sculptural objects that Copper gave to his friends. The objects were designed to explode when linked together. In 2020, the police tracked down the work’s missing components, which have since been rendered harmless.

Iconic pieces and unknown works
The exhibition also includes Copper’s best-known work, a whale sculpture entitled Archangel of Seven Seas (1998). Part of the Kiasma collection today, the iconic piece is one of the museum’s most cherished artworks. A key component of the work is a set of organ pipes from the church of Kotka that play a low, rumbling “whale song”.

Many of Copper’s works have been dismantled or lost. They are presented in the exhibition in the form of drawings, sketches and documentary material. With the help of the artist’s family and friends, Kiasma has succeeded in recovering and partly conserving several works, including the sculptures Whaling Station (2009), South Pacific Execution (2007) and The Khyber Pass (2014). These are all now accessioned to the collection of the Finnish National Gallery.

Copper was also a prolific and skilful draughtsman. The show includes several of his drawings from various museum collections, including his last suite, Roadside Picnic (2018), which is part of the Kiasma collection. Also included in the show are rarely screened video documentaries about the artist from the 1990s.
www.kiasma.fi