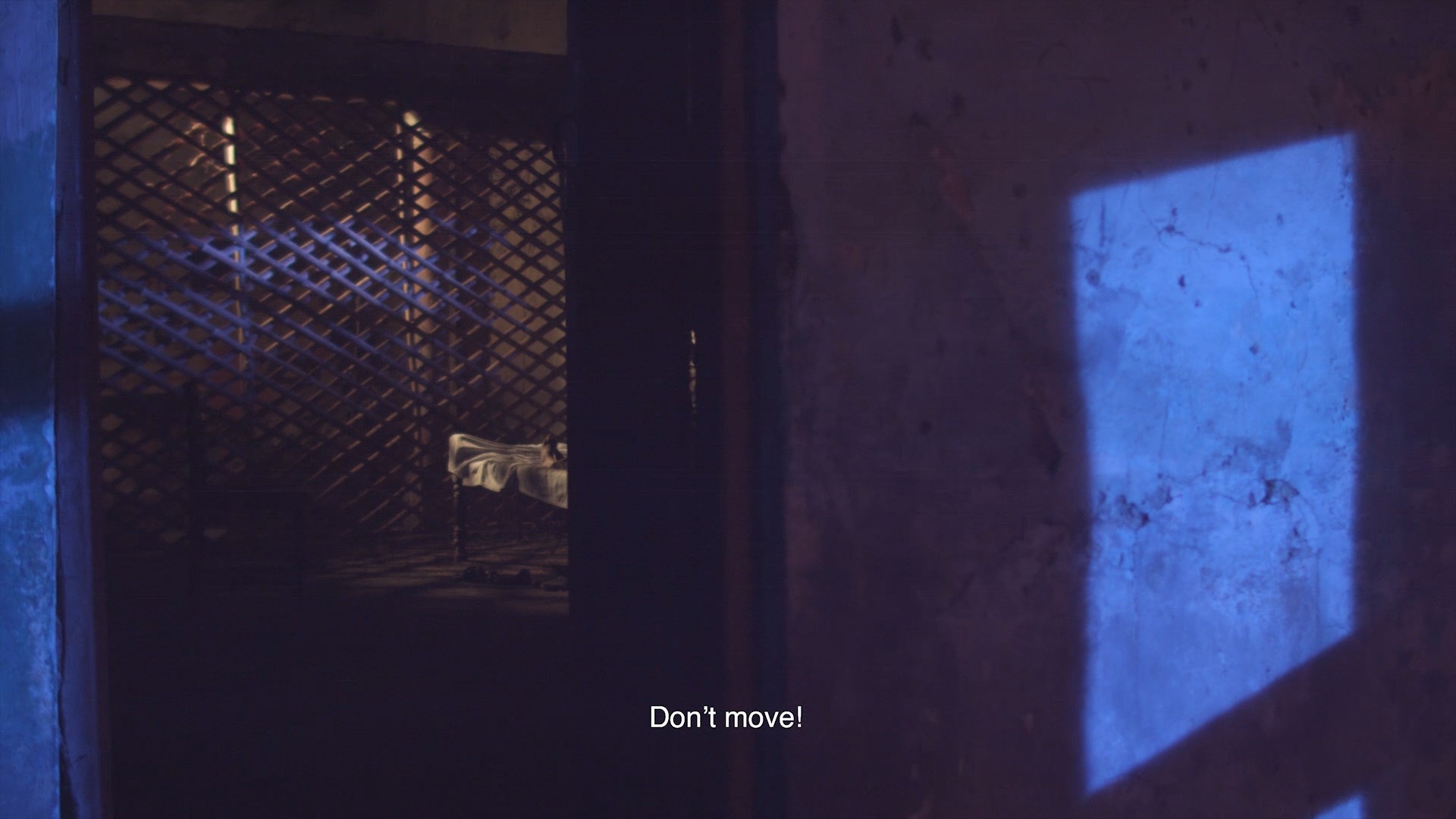 Basir Mahmood, Good ended happily, 2018, 13:05 min, video still, © Basir Mahmood
The point of departure for Basir Mahmood’s (* 1985 in Lahore, Pakistan, lives in Amsterdam and Lahore) single-channel video work Good ended happily (2018, 13:05 min.) is his interest in the working processes of the film industry. The artist left the production to a film crew from “Lollywood” in Lahore—once a thriving centre of the film industry, which today only has a marginal presence in Pakistan’s cultural landscape. The only directions he gave to the crew were that the events should revolve around the death of Al-Qaeda leader Osama bin Laden. In the film, Mahmood makes the instructions from the director, cameraman, and assistant audible, so that the production process develops a reality of its own.