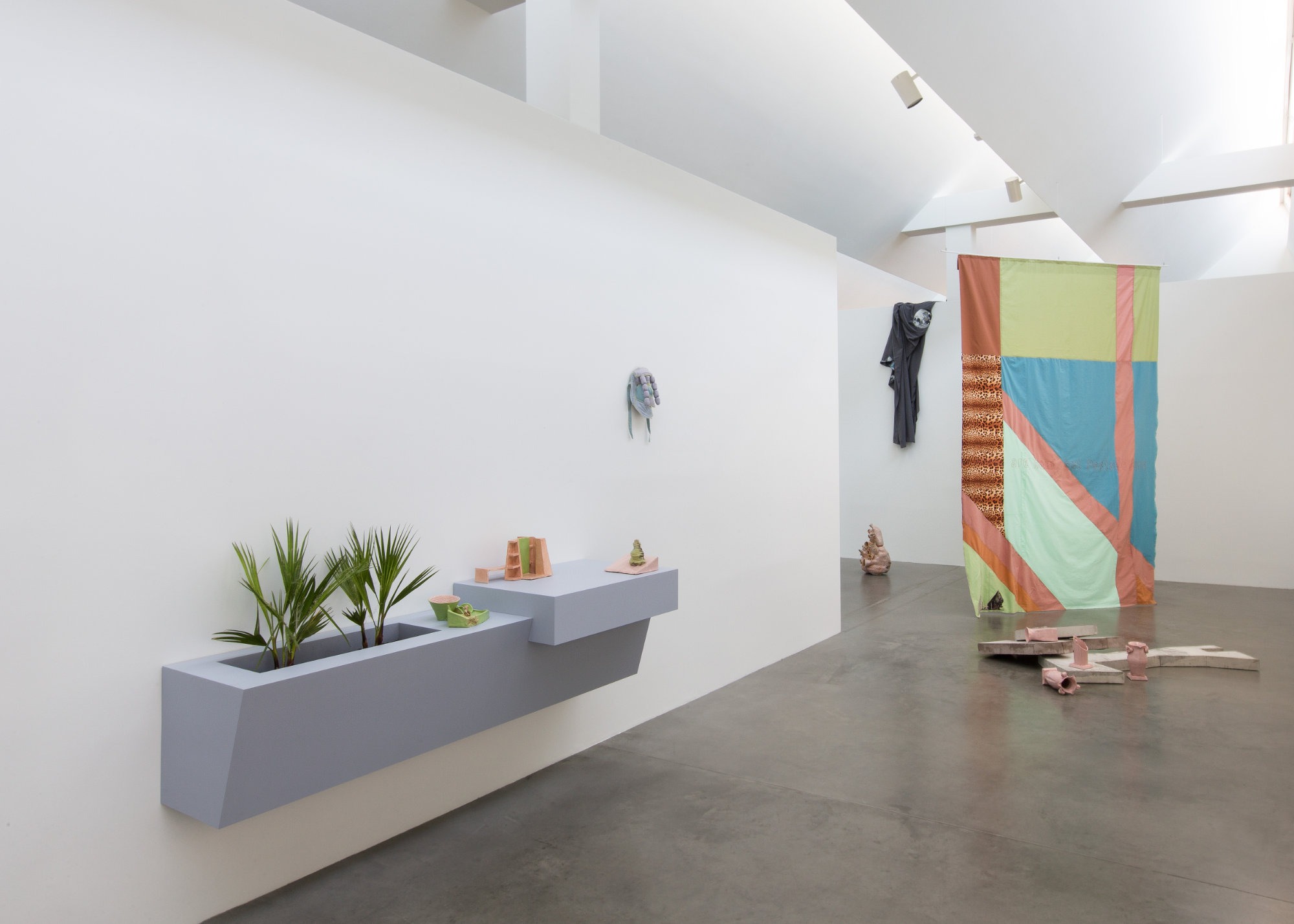 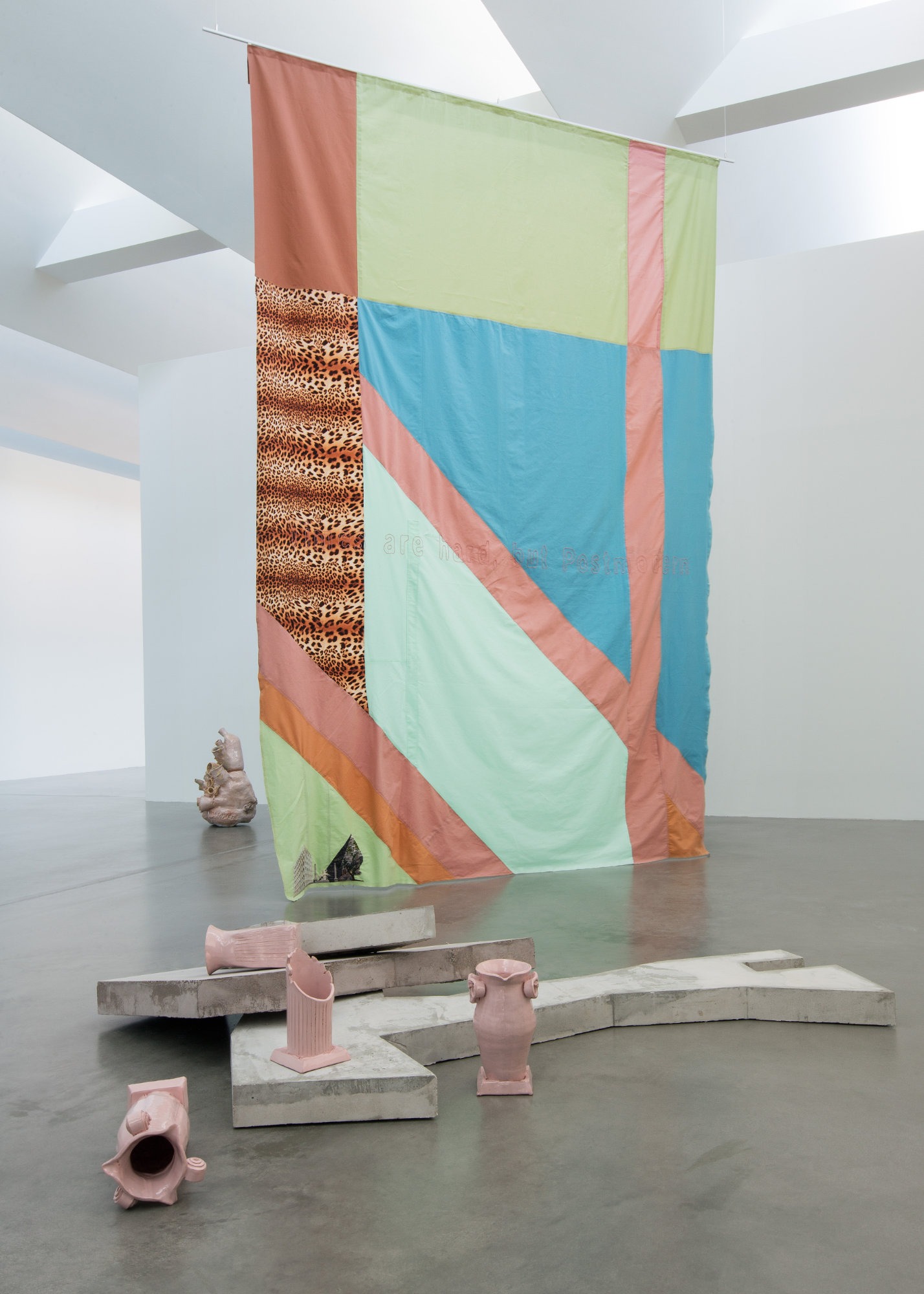 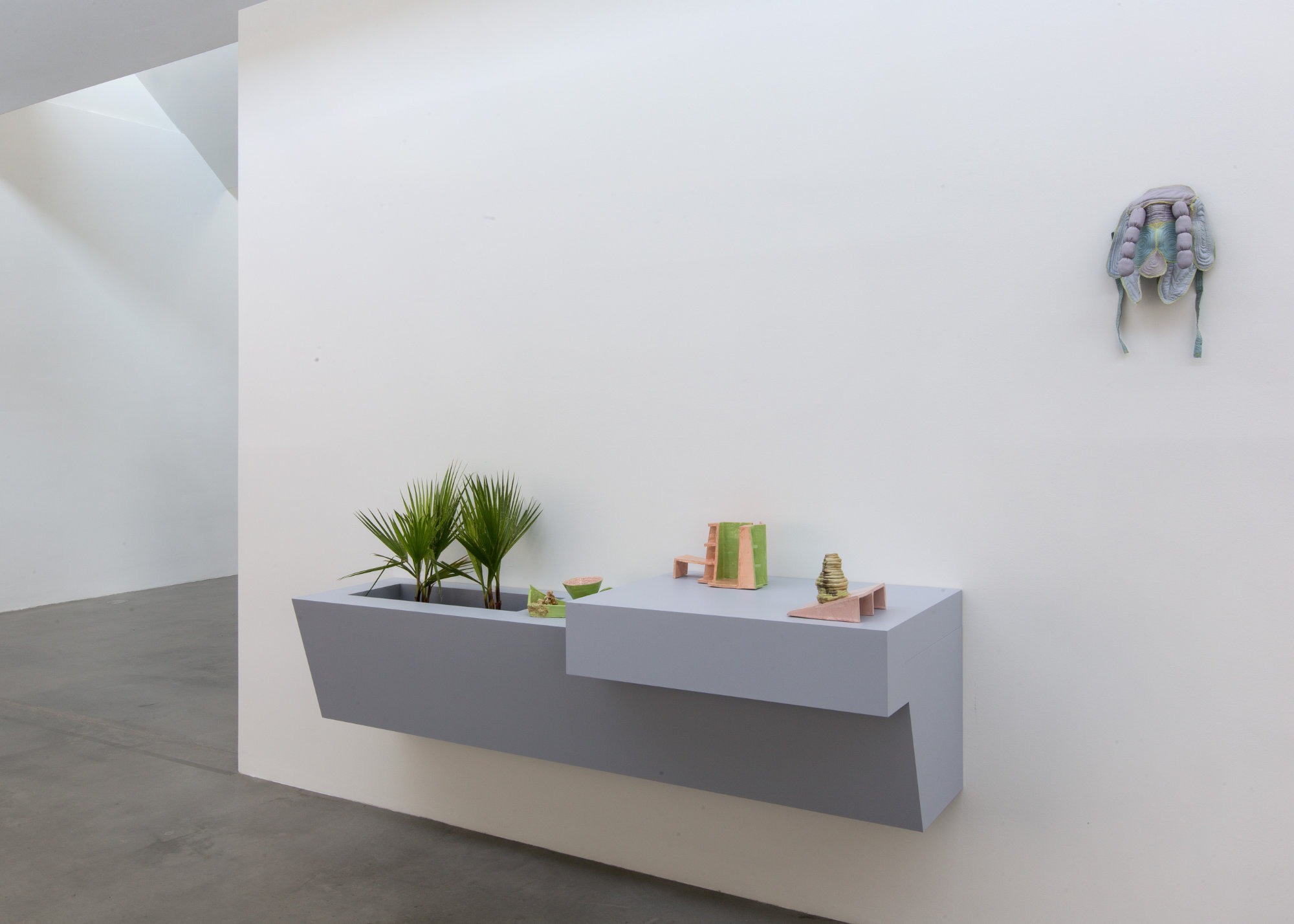 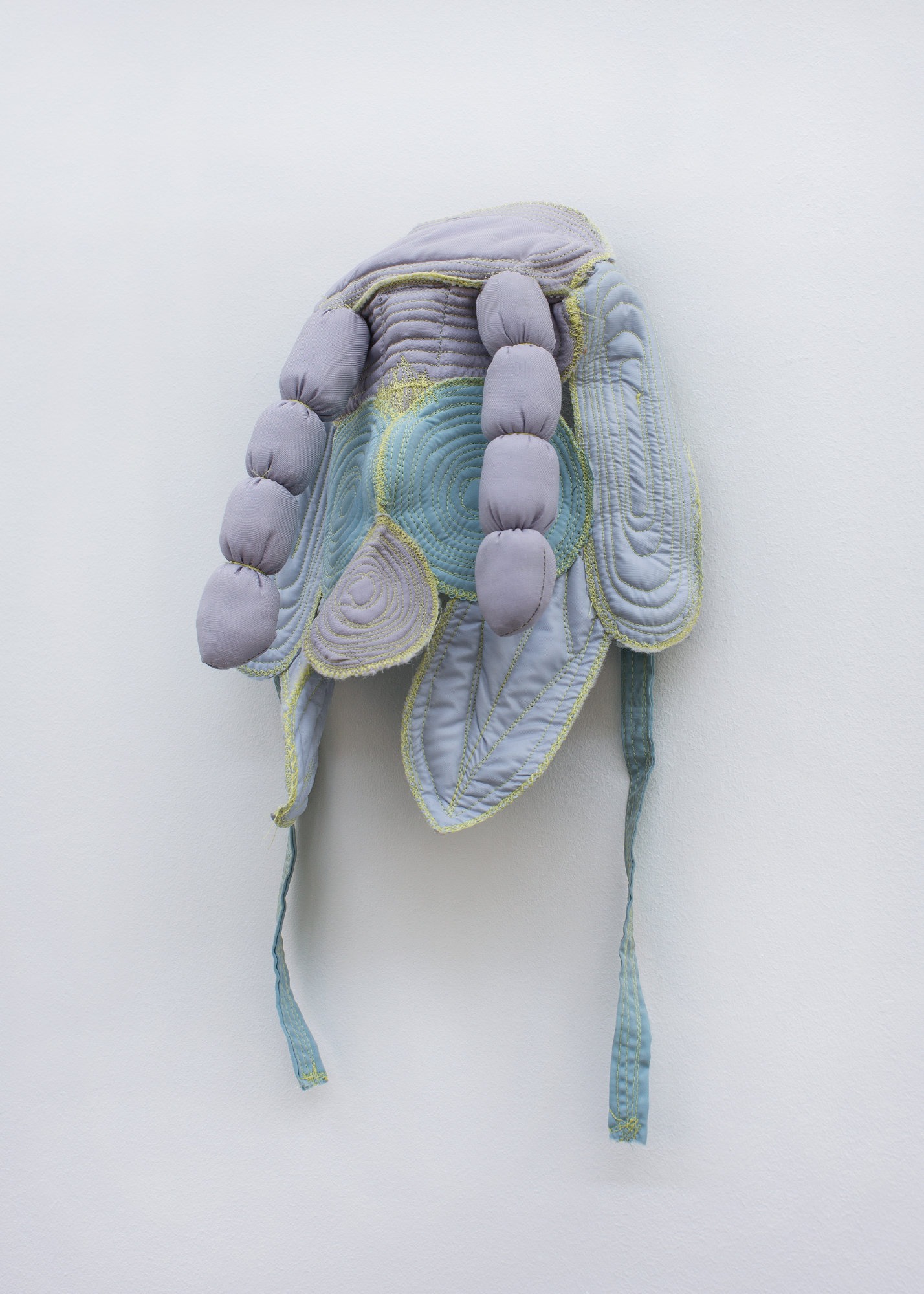 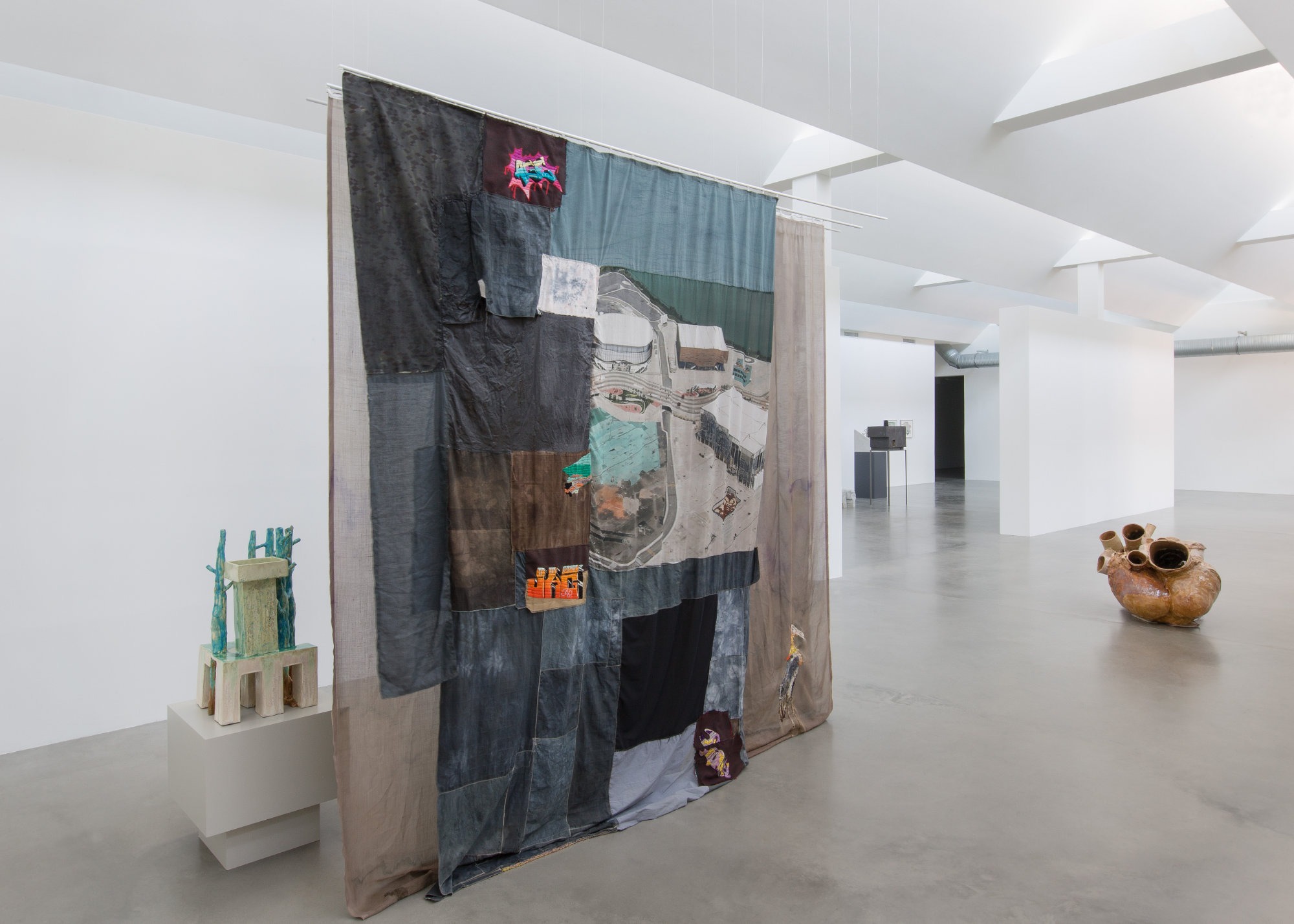 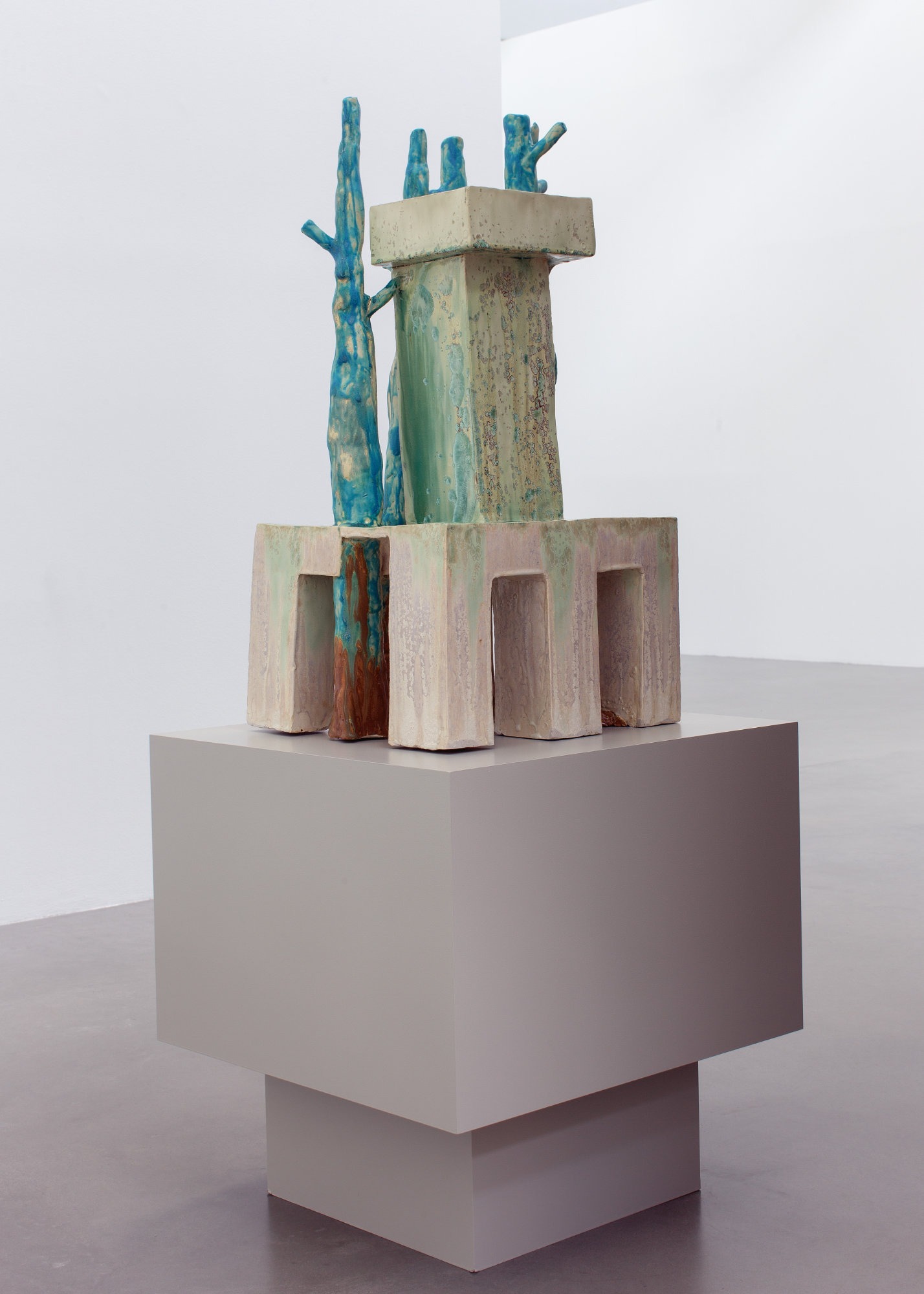 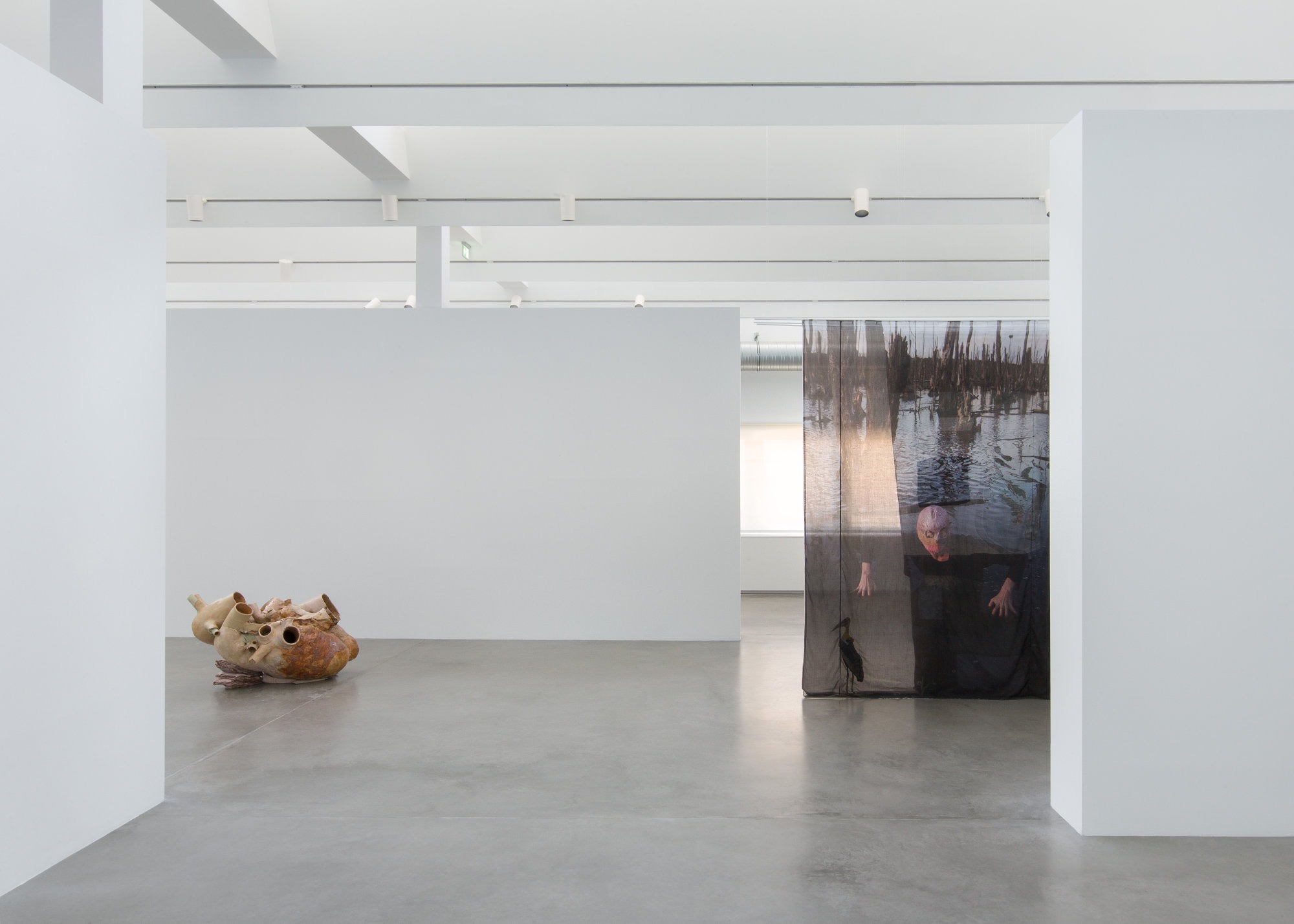 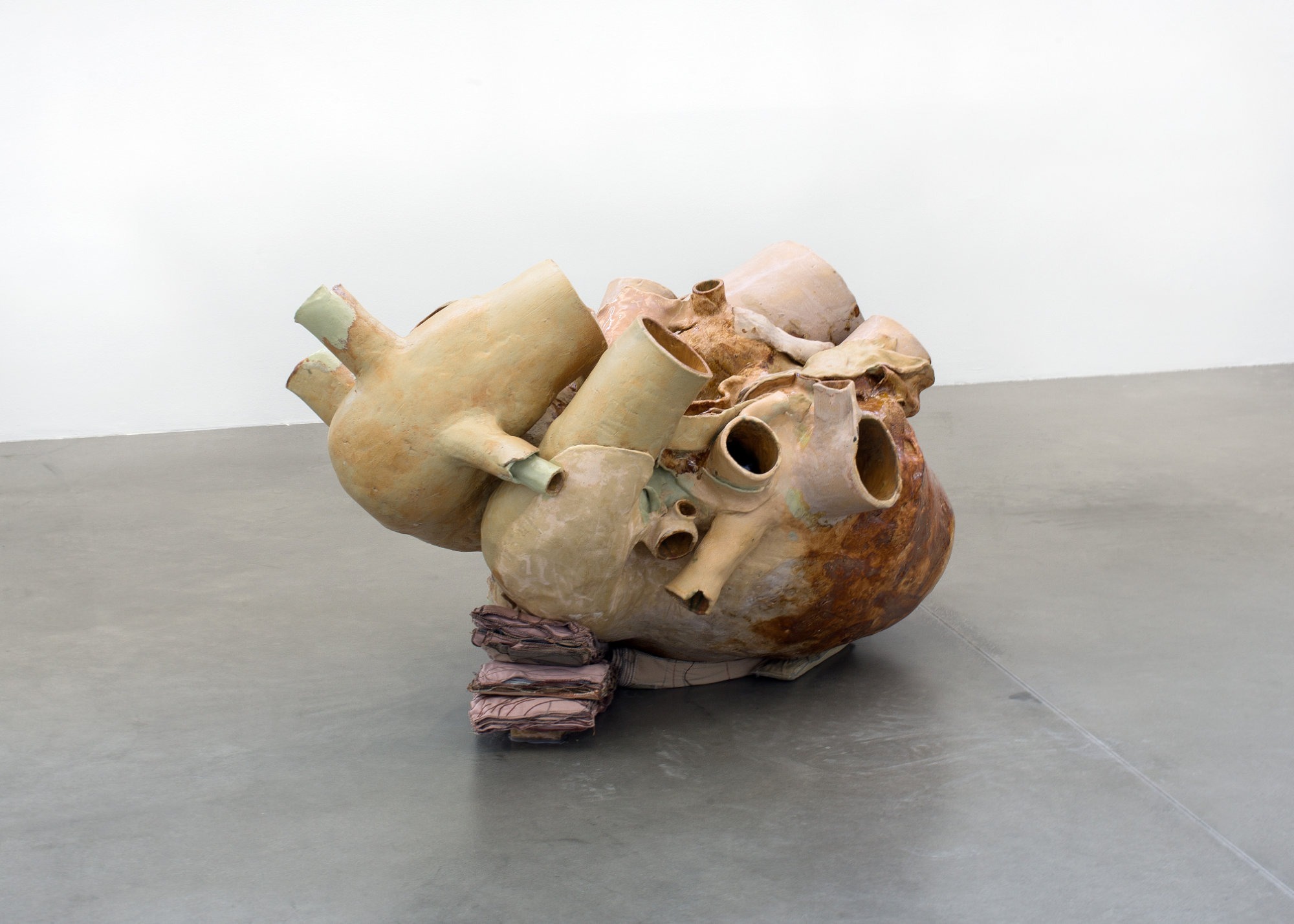 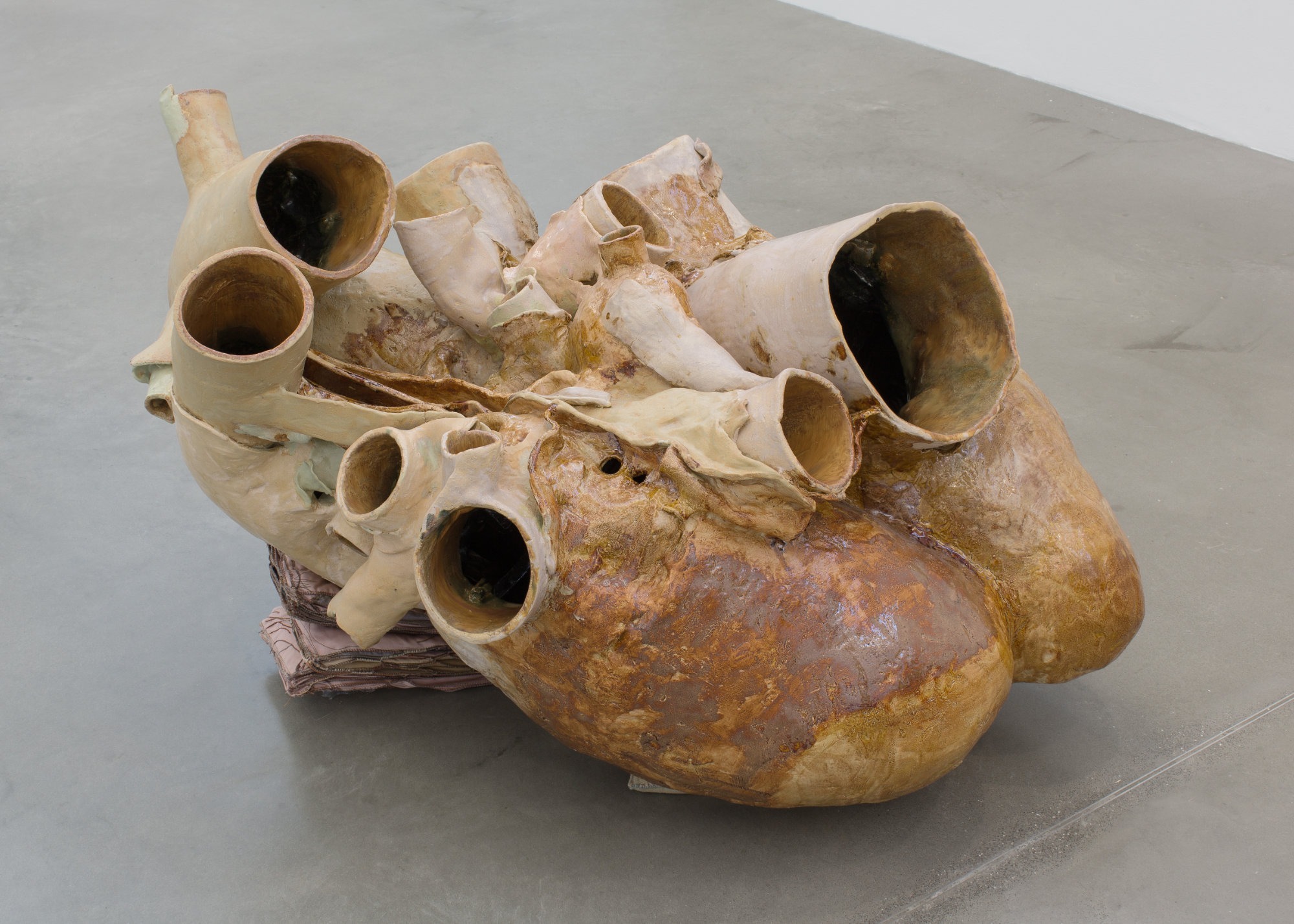 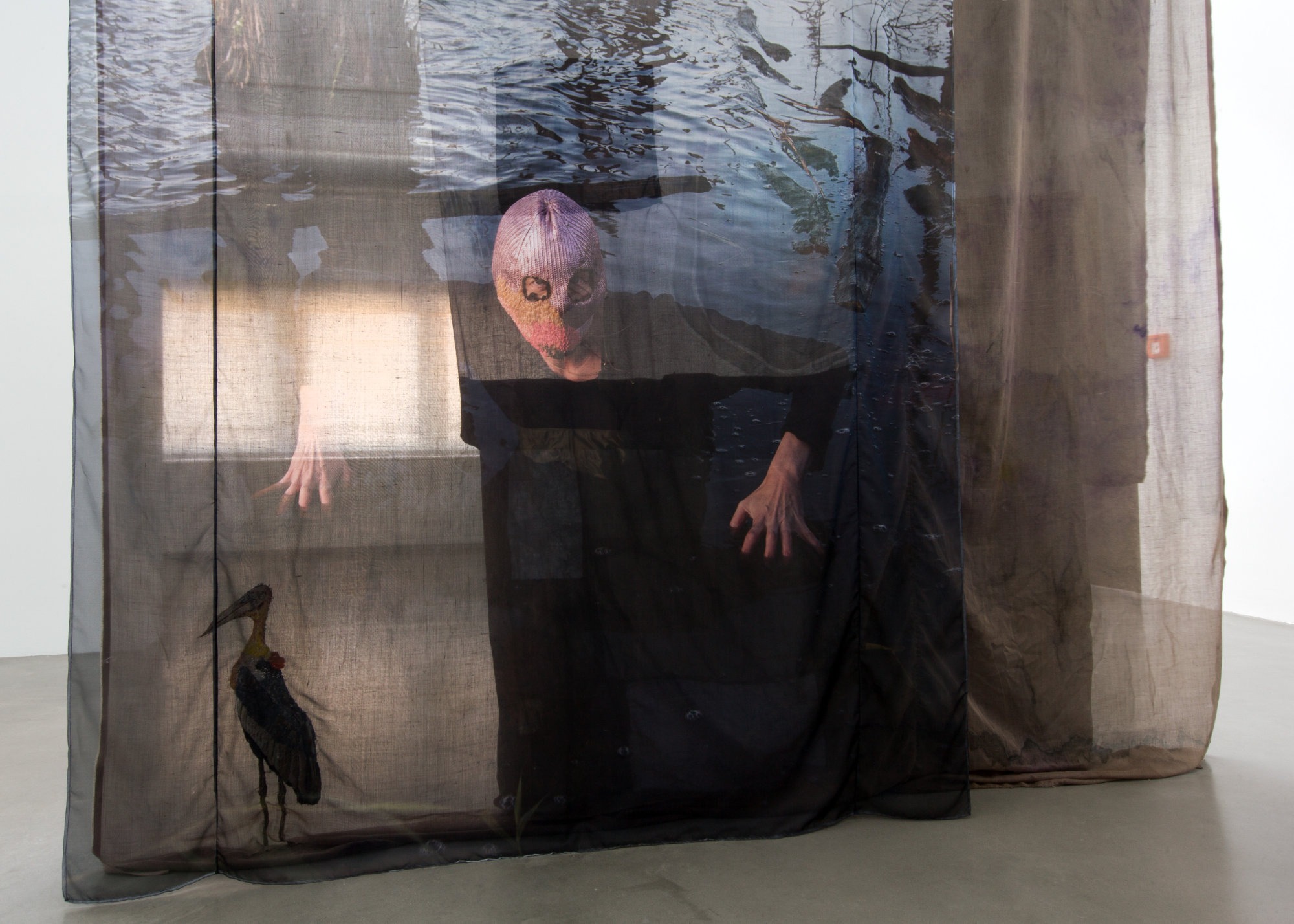 In her solo exhibition Der unerfreuliche Zustand der Textur (Predicament of Texture) in the Maschinenhaus M2 at the KINDL – Centre for Contemporary Art, the artist Isa Melsheimer will present various series of works from recent years, including concrete sculptures, ceramics, textile works, and gouaches, as well as her only video work to date, Wasserballett für Marl (2017).

Melsheimer’s artistic universe revolves around architectural and urban topics. One focus is modernist and postmodernist architecture and the underlying conceptions of people, built space, nature, and society. Her work is inspired by literary sources, films, elements of pop culture, and academic texts. These include the book Staying with the Trouble by the American science theorist and feminist Donna J. Haraway, who foresees the need for new relationships and interferences between humans, machines, animals, and plants for life on the destroyed earth in the Chthulucene era.

Starting with three ceramic whale hearts that were inspired by impressions from a fellowship on the island of Fogo in Newfoundland, in the exhibition at the KINDL a wide-ranging story unfolds that connects series of works by way of specific aspects. Marginal phenomena within modernism such as the architectural utopias of Japanese Metabolism, a movement of the late 1950s and 1960s that called for the fusion of architecture and biological material, and Brutalism, which has long had a negative connotation in public discourse and is now being rediscovered, are addressed in model-house-like sculptures, thought through, and commented on.

The exhibition presents a nuanced engagement with postmodernism. The title Predicament of Texture is a reference to a chapter title from Collage City (1978), a critical work by Colin Rowes and Fred Koetters on modernist urban planning and its approach of “total design.” In her installation Tea and Coffee Piazza d’Italia in Post-Katrina Times (2013), the artist distances herself from postmodernism and points to its failure in the teapots and sugar bowls of the Tea and Coffee Piazza project by Alessi.

Isa Melsheimer’s gaze is always directed at the present: in the exhibition she brings together various discourses from different periods in order to link them from today’s perspective, question them, and thus make the change within our society visible.

The exhibition is curated by Kathrin Becker.