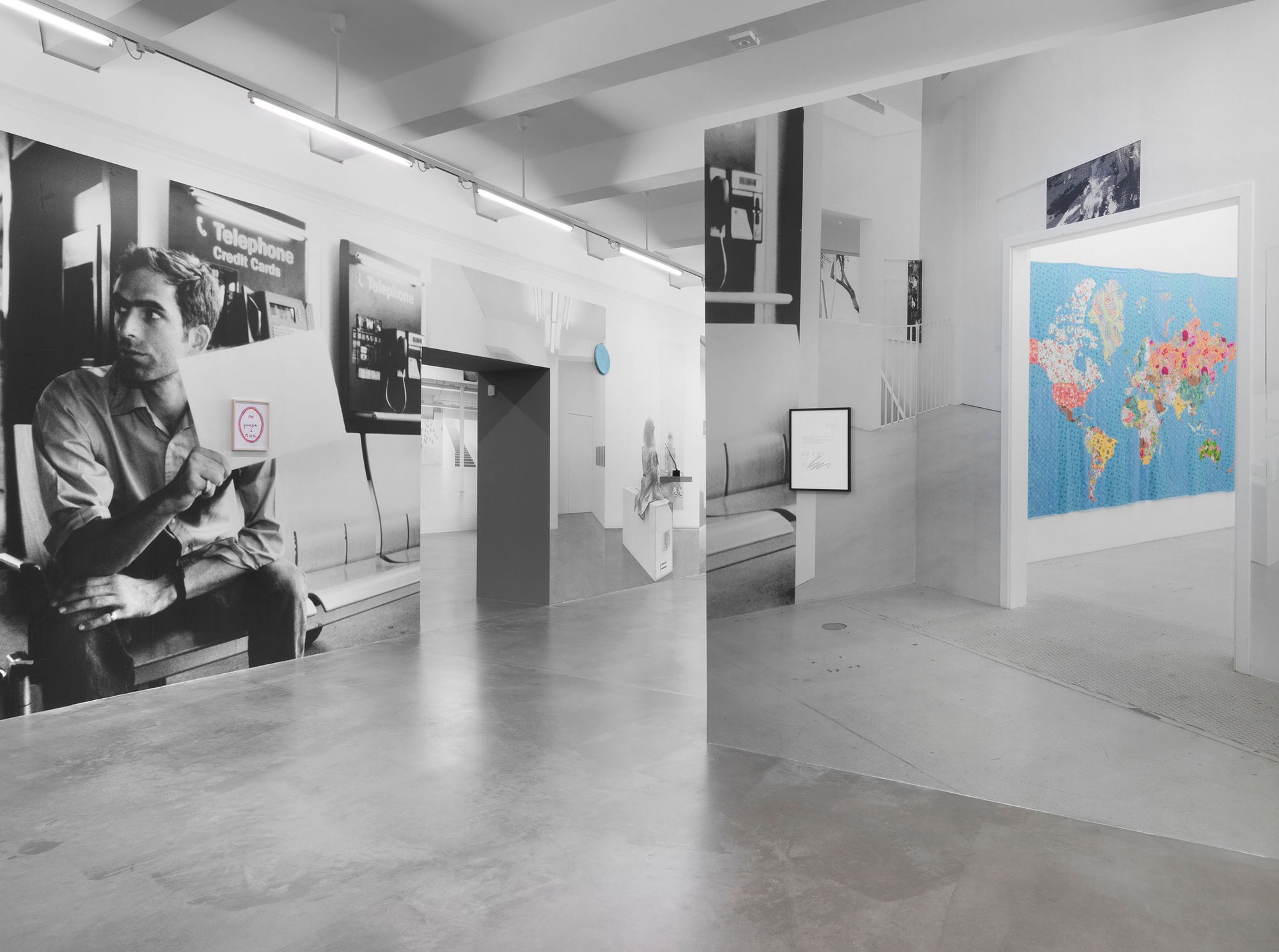 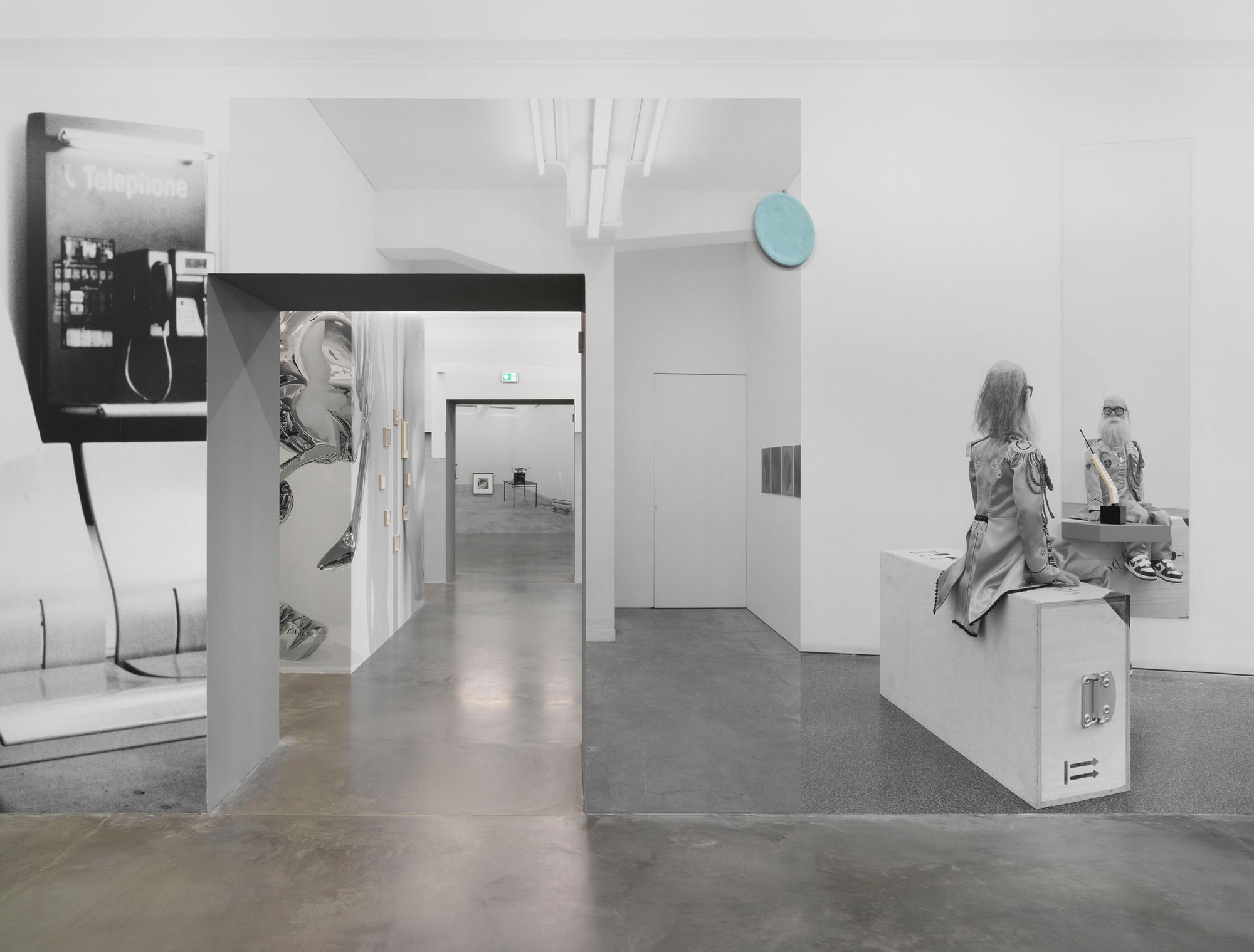 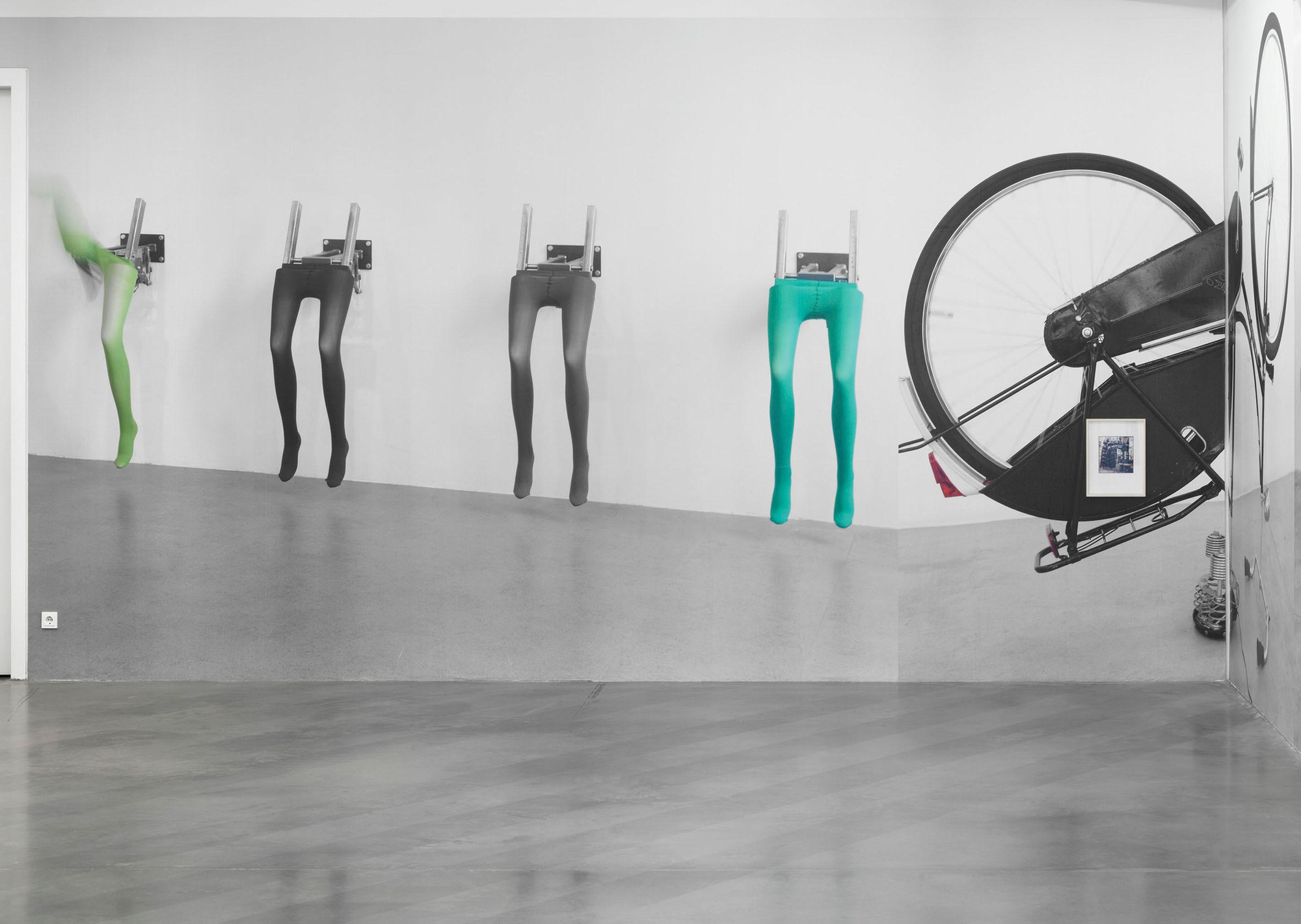 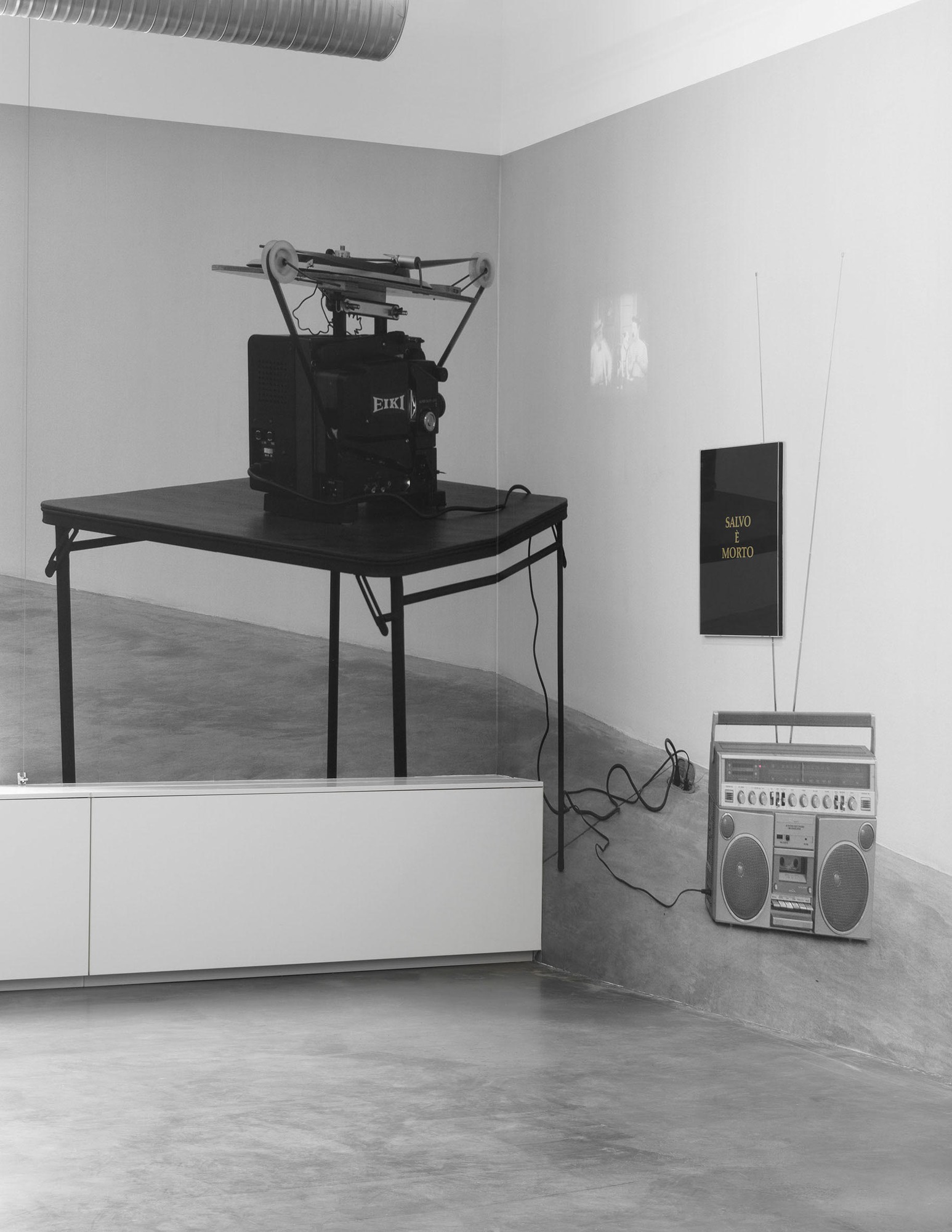 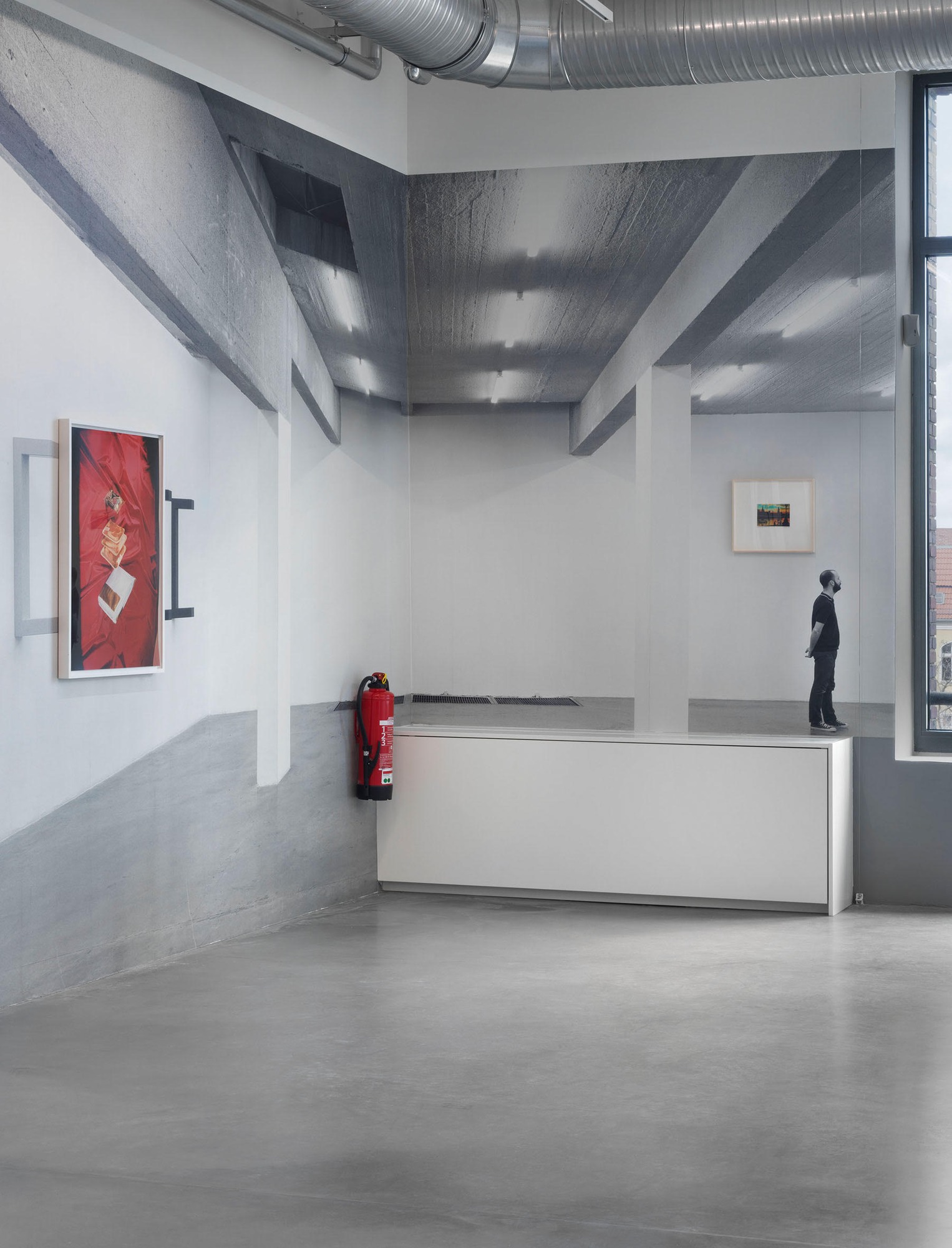 Under the title Exhibit Model Four – plus invited guests, the British artist Jonathan Monk is continuing his exhibition series, which has been shown since 2016 in various locations in modified forms, and which he has now conceptually expanded for the KINDL – Centre for
Contemporary Art.

Exhibit Model Four is an installation consisting of walls covered in photographic wallpaper throughout the exhibition space M1 in the Maschinenhaus at the KINDL. The photographs, mostly in black and white, show Monk’s works from the past twenty years in various exhibition contexts and spatial situations. By integrating these excerpts with the existing architecture of M1, the artist develops a completely new, complex spatial structure. The installation views have the appearance of compiled archival materials and are distilled into a place that demands a sharpened perception and specific orientation.

At the KINDL, Monk will combine these works, depicted on lengths of photographic paper, with artworks by other artists from his personal collection installed in the exhibition space. The works he selected—for instance, a readymade by Martin Kippenberger, a signed postcard by Gilbert & George, and a photograph by Dan Graham—come from his personal collection. In interaction with the two-dimensional photo installation, Jonathan Monk thus offers a multilayered take on the conditions of exhibiting and presenting art. In the interaction between the originals and reproductions of artworks, he negotiates fundamental questions about appropriation and authorship.

The exhibition is curated by Andreas Fiedler.