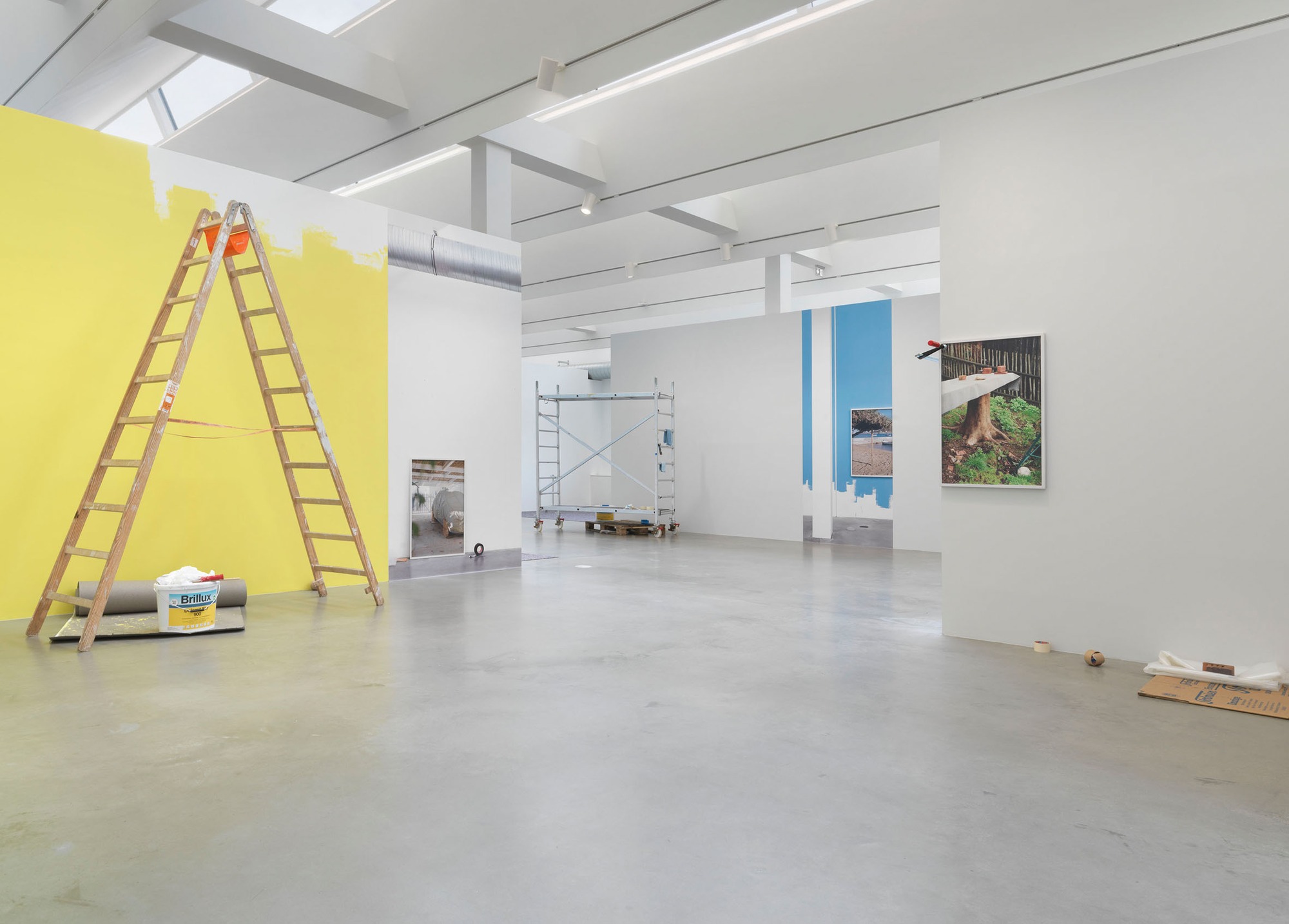 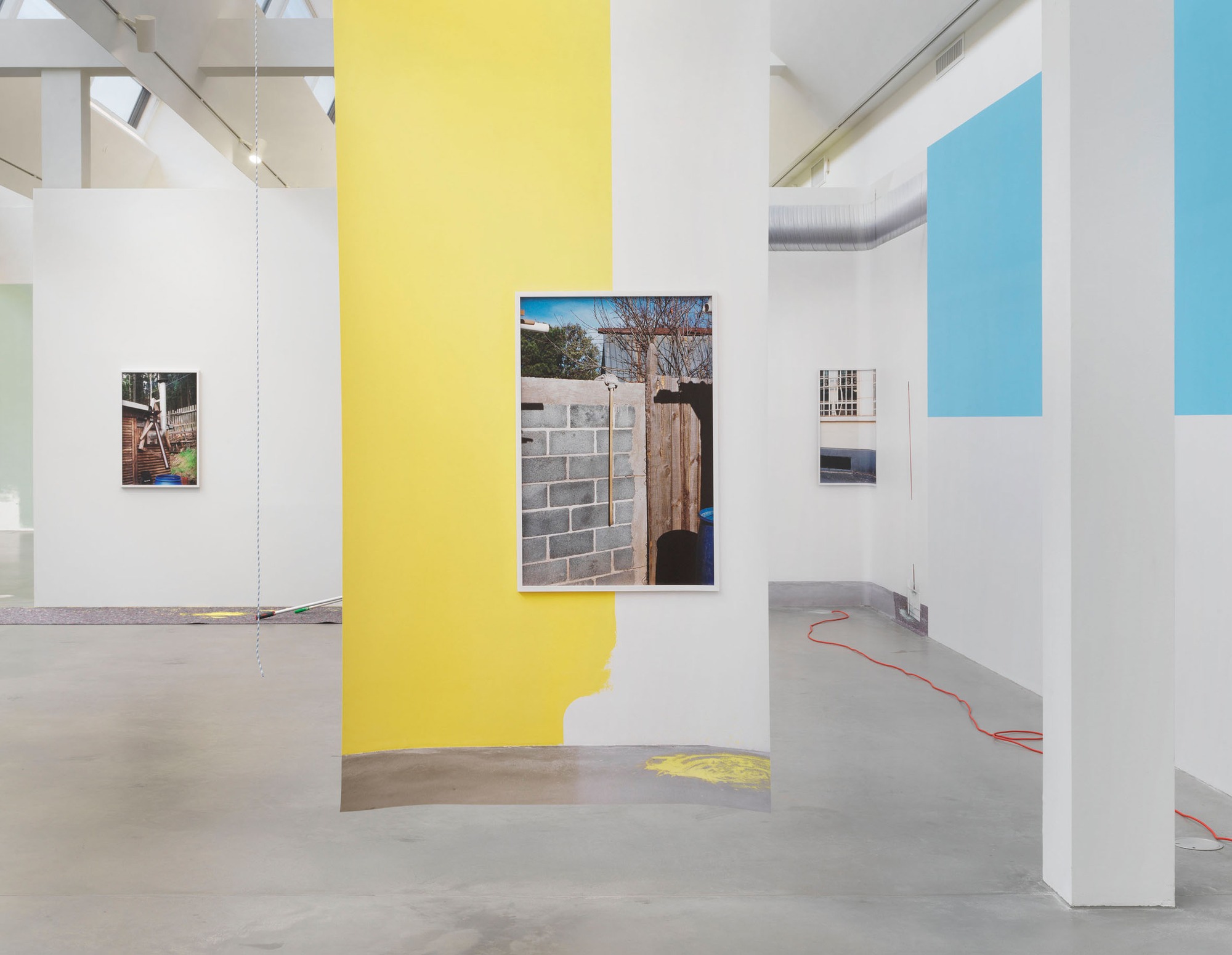 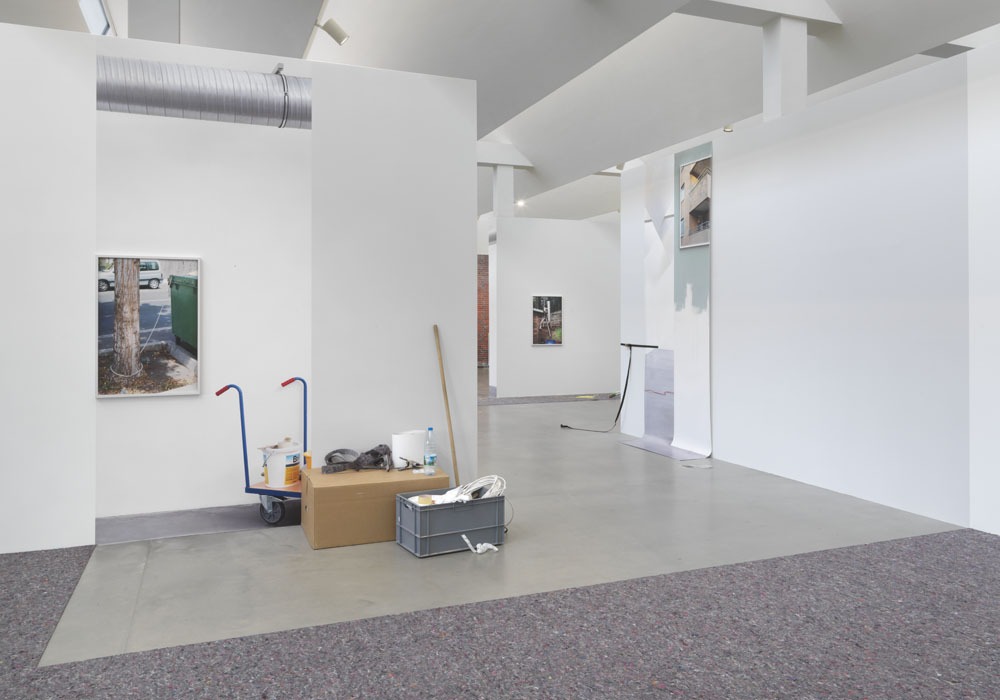 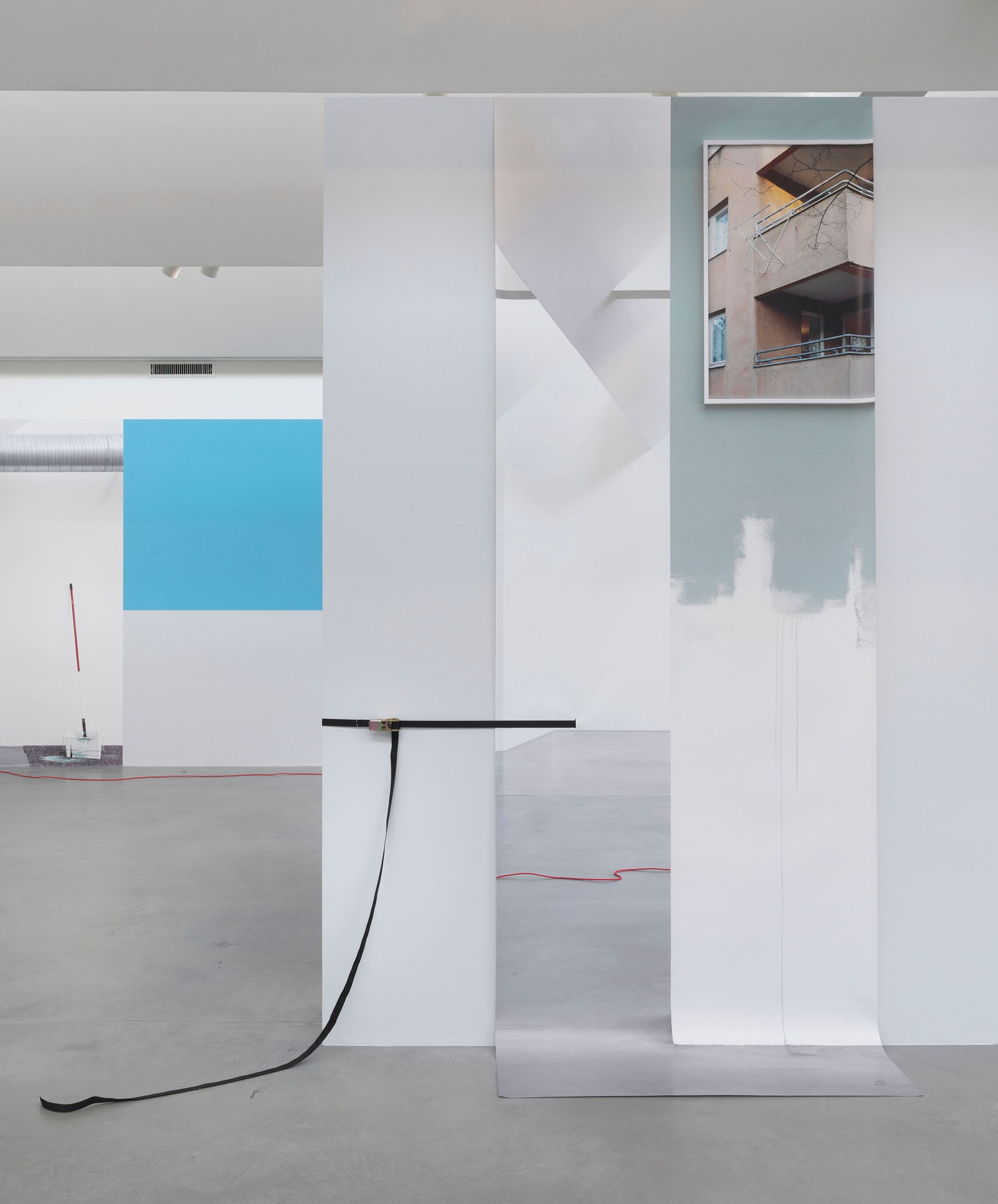 Kathrin Sonntag’s exhibition Things Doing Their Thing at the KINDL – Centre for Contemporary Art revolves around familiar objects that resist habitual readings and in some cases develop a strange life of their own in her works. With subtle interventions in the structure of relationships between everyday things, the Berlin-based artist undermines the viewers’ perceptual routine and presents them with visual and semantic puzzles.

The exhibition is centred around the site-specific installation Problems and Solutions (2017). Its starting point is a series of photographs showing provisional solutions to everyday problems. Kathrin Sonntag documented the sometimes inventive, sometimes crude ad-hoc constructions in her immediate environment. With the installation she creates a setting that looks improvised at first glance and thus echoes the subjects from the series of photographs. Combined with walls covered in photographic wallpaper, the artist transforms the exhibition space M2 into a place where ambiguity about space, object, time, and architecture is created and the boundaries between the photographic image and reality are blurred.

The theme of things that often resist our usual interpretations runs throughout the exhibition, including the series Atlas (2012–2016). It consists of framed double pages on which Sonntag combines found images with her own pictures. Similarities and relationships between the depicted objects lead viewers to make mental errors and trip up the process of perception.

The series Dinglinge (2018) consists of collages arranged on a wall-mounted shelf, which include collected images and Sonntag’s own photographs. Here, too, she brings together disparate objects, which are not only juxtaposed, but literally penetrate one another. The combination of different images results in a new object that emancipates itself from its parts as an autonomous bearer of meaning.

With her latest work Alles in Ordnung! (2018) the artist focuses on the bizarre world of a German mail order catalogue featuring household helpers for daily life—beer traps for snails, handheld vacuum cleaners, and cat- shaped toothbrush holders. The three-channel slide projection combines 243 elements of text and images into a network of absurd poetry and thus ironically examines the curious rhetoric of imperatives, which simultaneously reflects social role models and conventions.

At the beginning and end of the exhibition is an object whose function is apparent from its form: this work is located at the main entrance to the KINDL and has the lapidary title Für die Zigarette danach (oder davor) (For the cigarette afterward (or before), 2018).

The exhibition was curated by Andreas Fiedler.

Kathrin Sonntag (b. 1981 in Berlin) studied visual art at the Berlin University of the Arts from 2000 to 2006. She lives and works in Berlin. Her works are included in the collections of the Solomon R. Guggenheim Museum in New York, the Pinakothek der Moderne in Munich, and the collection of the Federal Republic of Germany, among others, and are exhibited internationally, most recently at Thomas Erben Gallery in New York in 2017.
www.kindl-berlin.de