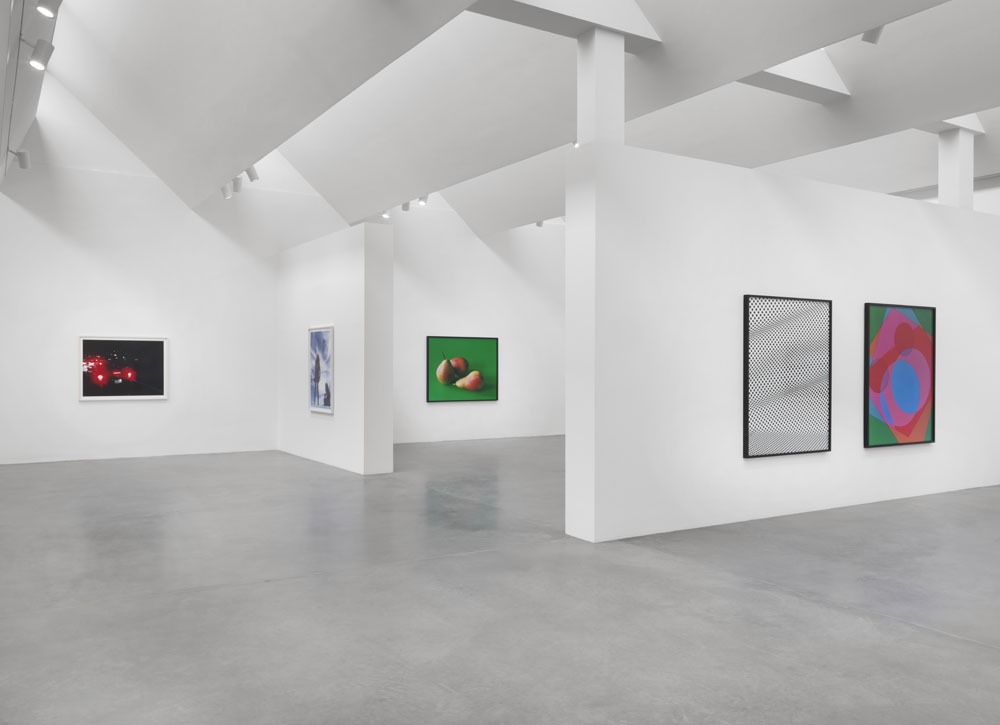 Shirana Shahbazi, First Things First , Exhibition View Maschinenhaus (Power House) M2, Photo: Jens Ziehe, 2017
The KINDL – Centre for Contemporary Art is presenting the first comprehensive retrospective in Berlin of the artist Shirana Shahbazi. The artist, who was born in 1974 in Teheran (Iran), came to Germany in 1985 and now lives in Zurich.
The exhibition shows a representative selection of photographs from very different series that were created in the past ten years. With some thirty-five works, it distils this spectrum into a visual cosmos of pictures that develops beyond categories such as stylistic similarity and logical temporal sequences. The exhibition First Things First emphasises an equal juxtaposition, a dynamic and free arrangement of various subjects and styles: unspectacular landscapes alongside precisely staged fruit and flower still lifes, seemingly casual urban scenes alongside geometric, abstract compositions in deliberately chosen colour.
With her pictures, Shirana Shahbazi takes up the visual spectrum of the present and transforms it into a semantic complexity that cannot be achieved through classifications and formal categories. These pictures insist on a necessary openness that is demanded unconditionally and seeks out and withstands the pluralist, equal juxtaposition. This basic openness is underscored by the specifically chosen exhibition architecture in the Power House M2 at the KINDL, which allows neither for a prescribed route through the exhibition nor for intended viewing angles.

The exhibition catalogue First Things First by Shirana Shahbazi is available at the KINDL and from Sternberg Press.
The exhibition is curated by Andreas Fiedler.
www.kindl-berlin.de