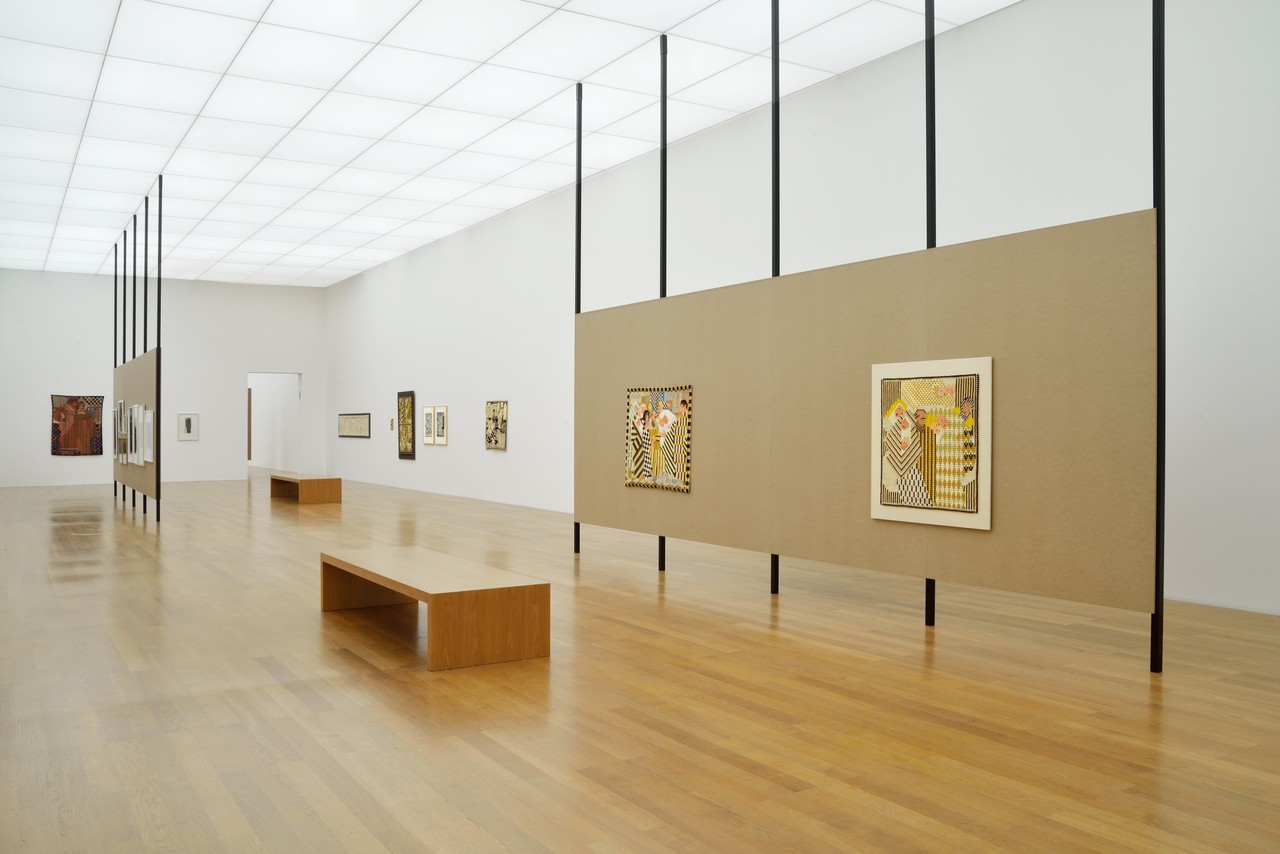 To mark the 150th birthday of Ferdinand Nigg, Kunstmuseum Liechtenstein is staging a major synoptic exhibition devoted to Liechtenstein’s most important modernist artist.

Ferdinand Nigg is one of the artists who discovered embroidery as an artistic medium at the beginning of the 20th century, harnessing this technique to realise modern design principles. The fascination of his work lies in his reduced, abstract vocabulary of form, with which Nigg also portrayed expressive gestures and facial expressions.

Ferdinand Nigg, born in Vaduz in 1865, was a painter, graphic artist, textile designer, book designer and typographer. Following his training in Zurich and a period of working as a freelance artist in Berlin, he was appointed professor of book craft and textiles at the progressive school of applied arts and craft professions in Magdeburg in 1903. It was here, at the pinnacle of his public work, that Nigg worked as a designer, ahead of the formation of the Deutscher Werkbund, at the intersection of the artist’s design and industrial production. In 1912 he was appointed to the school of applied arts in Cologne, where he held the first chair of Paramentics (ecclesiastical textiles). After retiring in 1931, Nigg returned to Liechtenstein, where he created his late work.

Kunstmuseum Liechtenstein is dedicating a major synoptic exhibition to Nigg to mark his 150th birthday, created in close collaboration with the Prof. Ferdinand Nigg Foundation and the Kanonikus Anton Frommelt Foundation. The show spotlights a facet of Nigg’s work that shows him not only as a professor and designer of embroidered Christian compositions, but above all as an independent artist, with Nigg also creating an oeuvre of drawings and embroidery, mostly out of the public eye, alongside working as a teacher. This work is pervaded by a profound knowledge of embroidery and influenced by early abstraction. Building on cross-stitch as a basic minimalist structure, Nigg arrived at an extraordinary interplay of figuration and abstraction that he increasingly expressed in biblical motifs. The diverse art movements that arose in the first decade of the 20th century – be it expressionism, cubism or constructivism, for example – are palpable in the work of this artist from Liechtenstein. Yet his oeuvre cannot be classified as belonging to any of these styles, and is instead possessed of an astonishingly distinct form.

On show are paper works, textile works, and designs along with excerpts from Nigg’s textile collection and his hitherto unpublished archive of images from newspaper clipping montages.