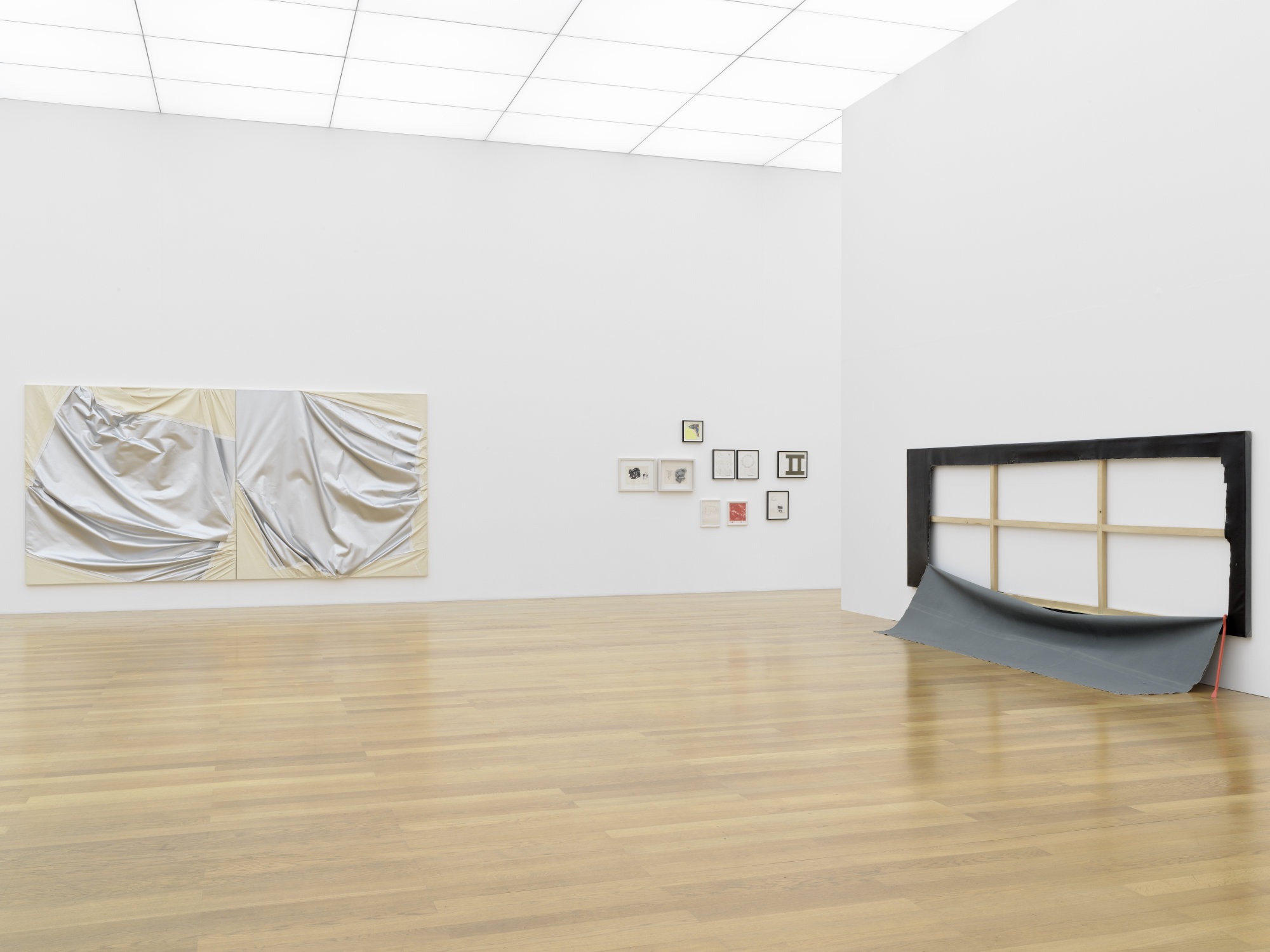 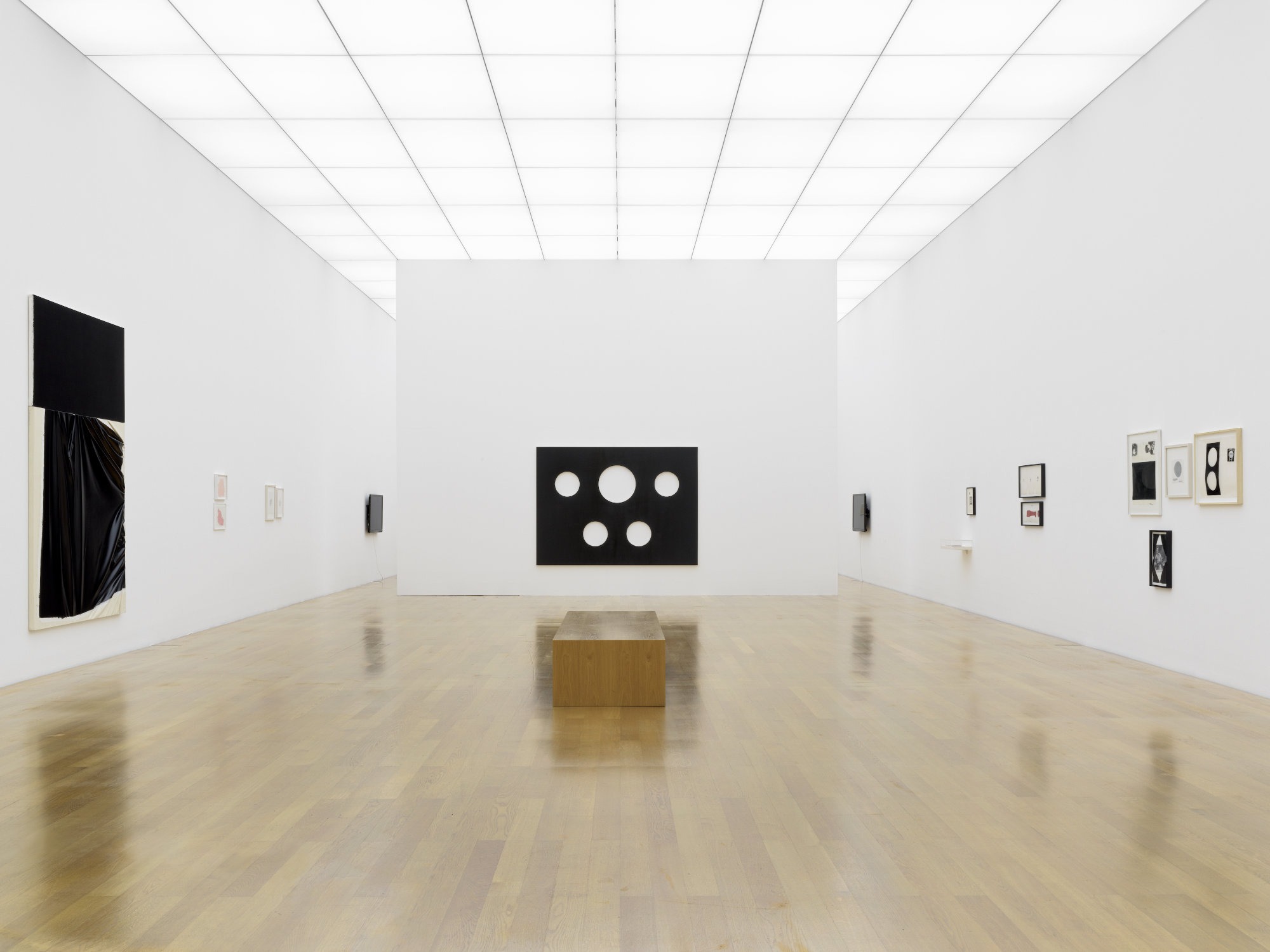 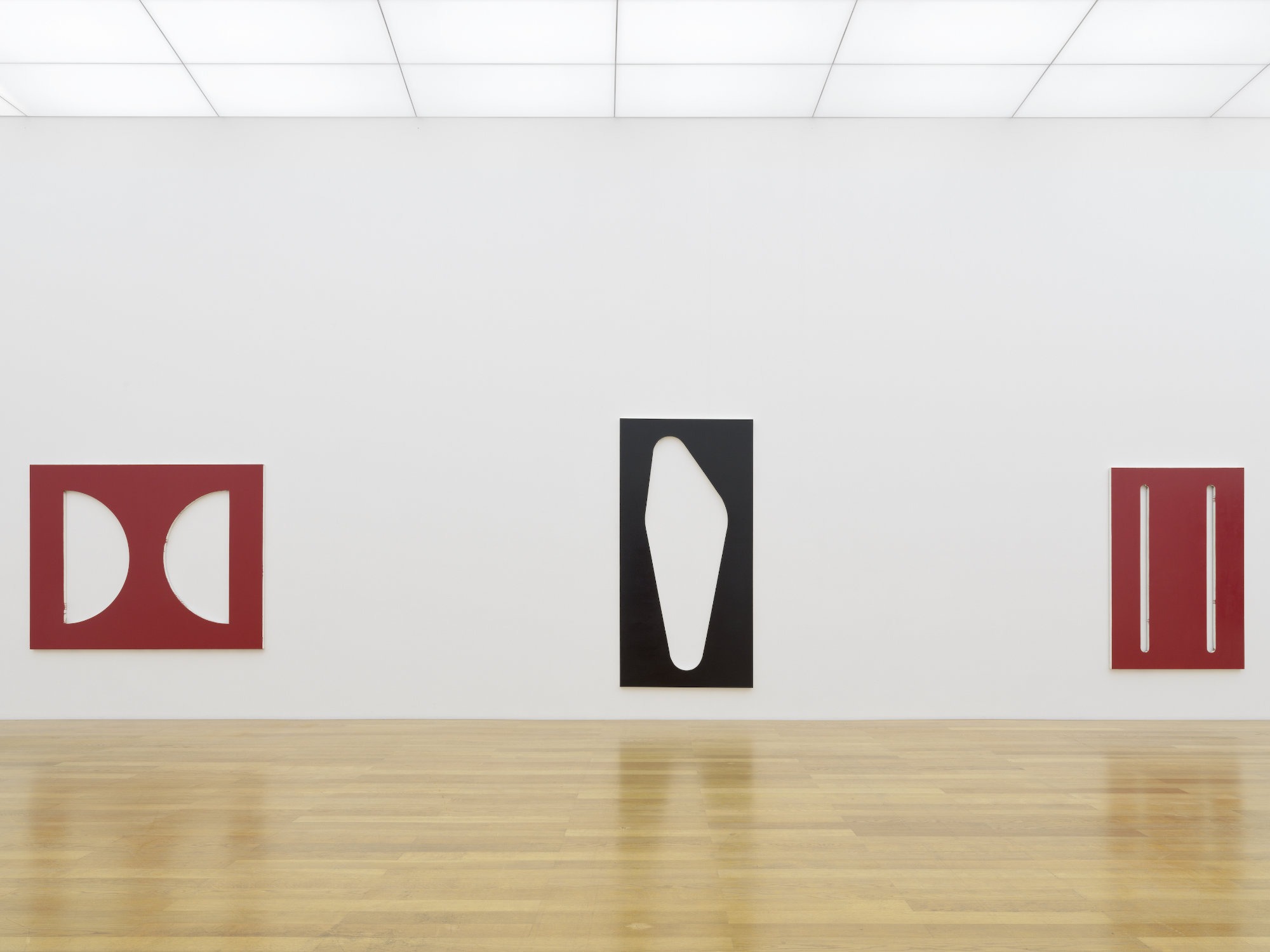 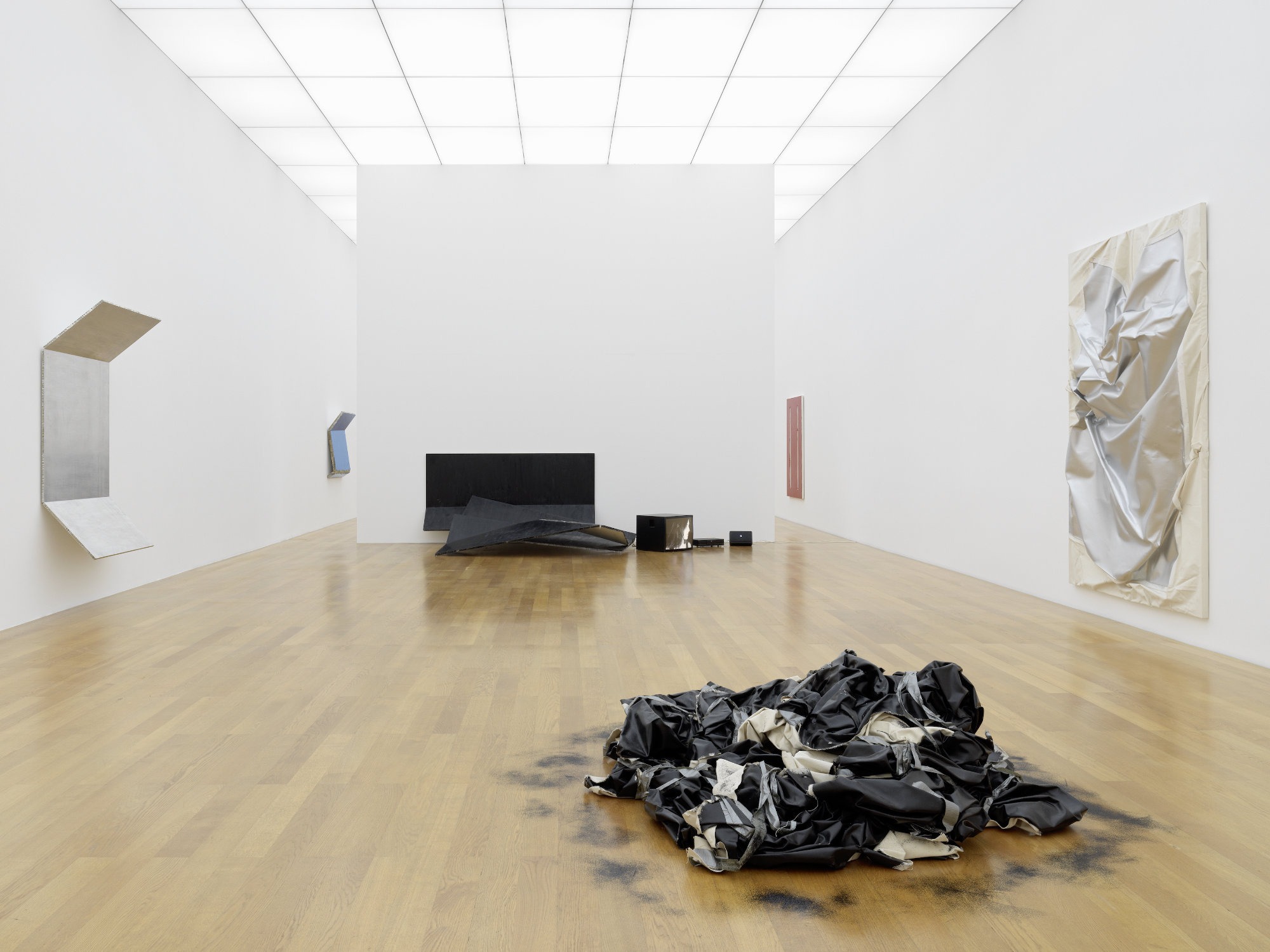 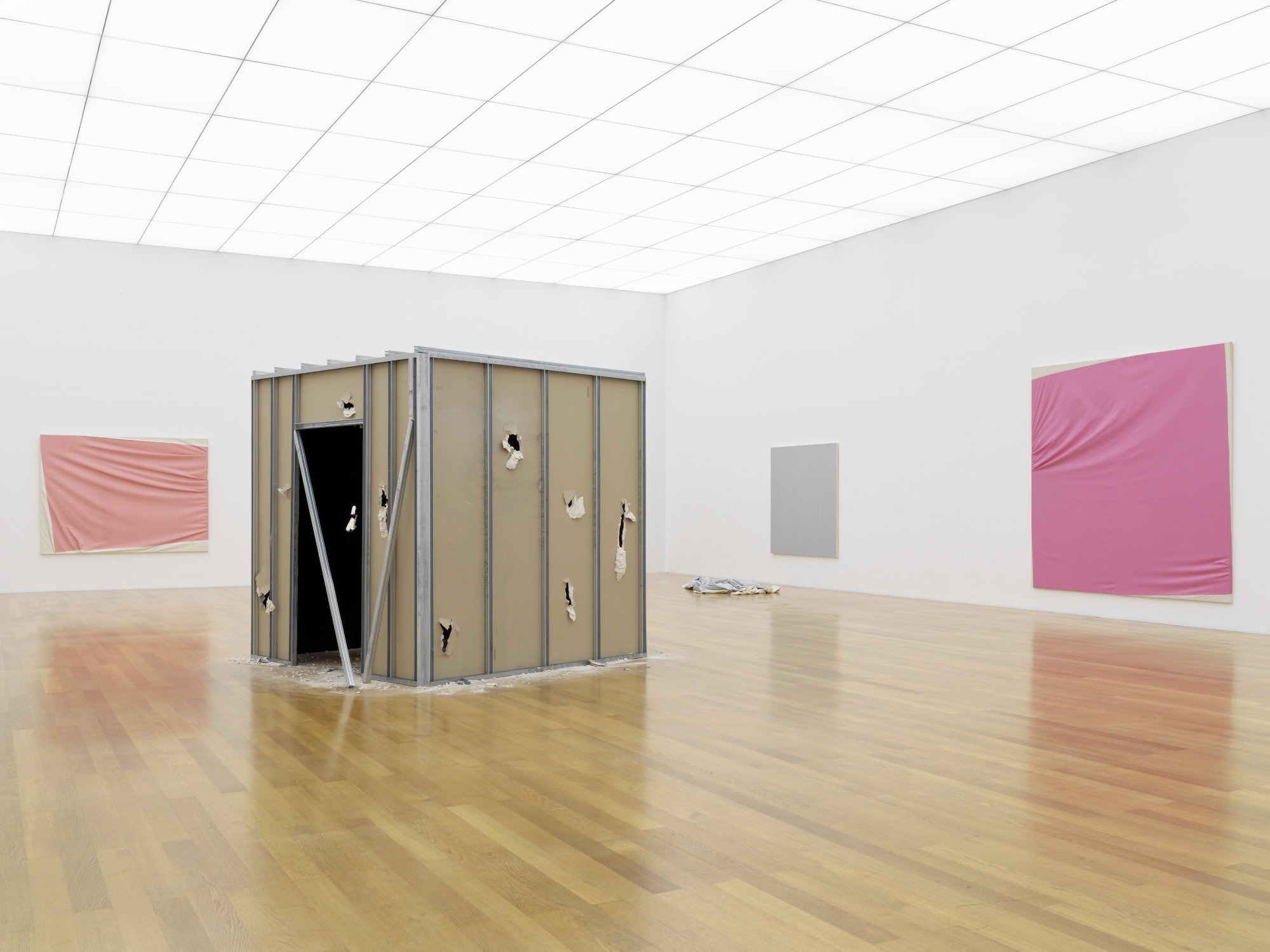 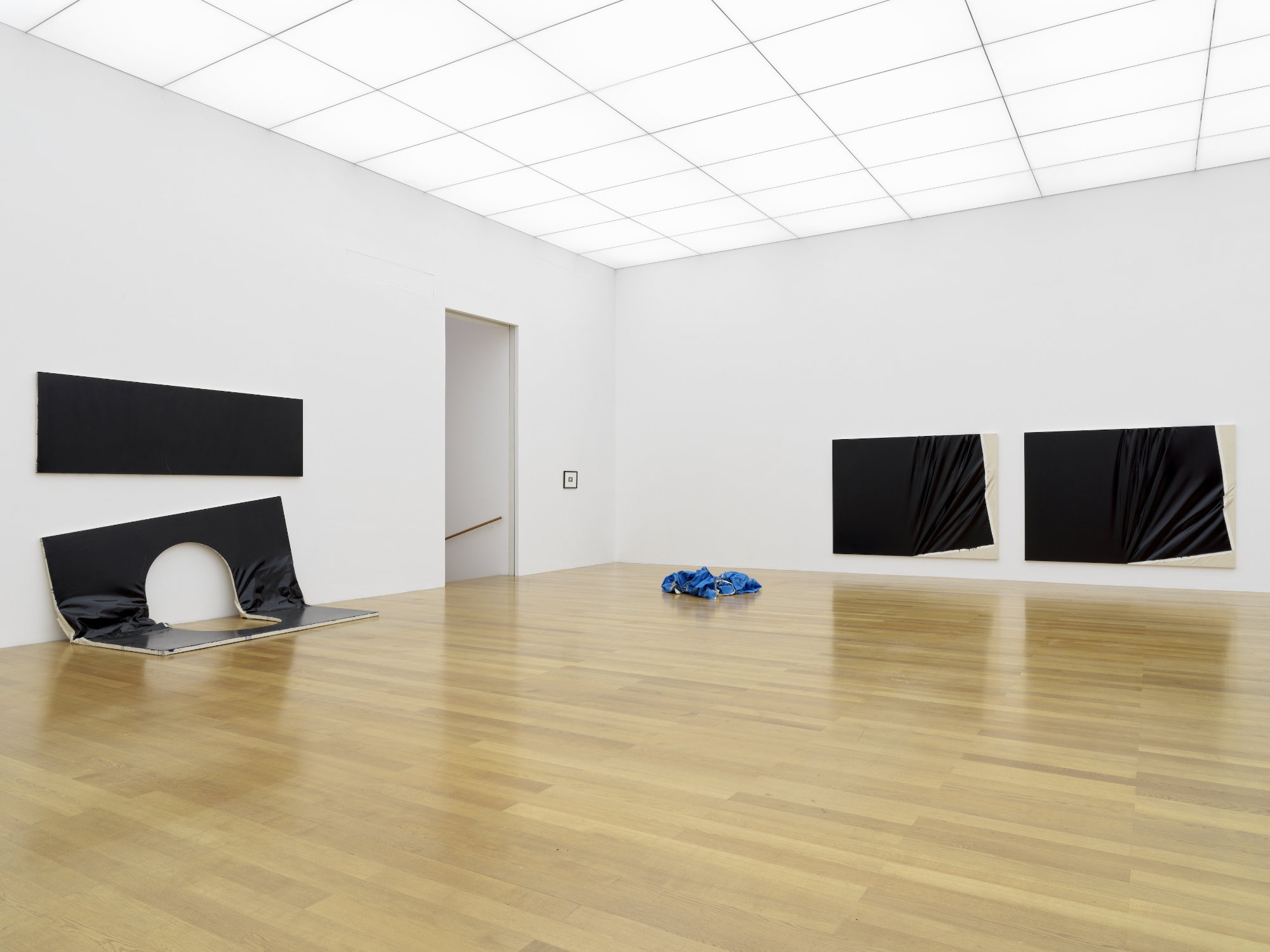 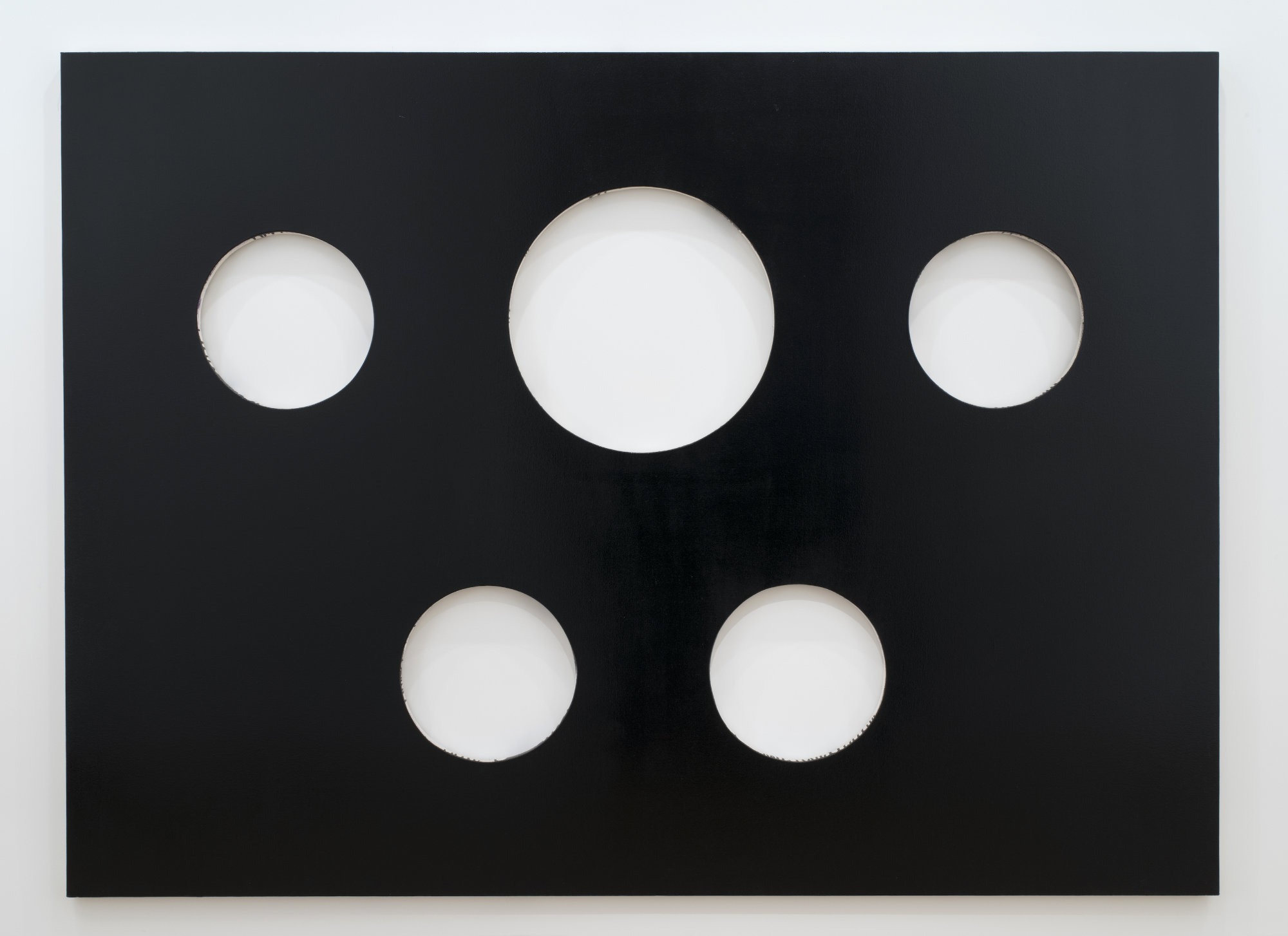 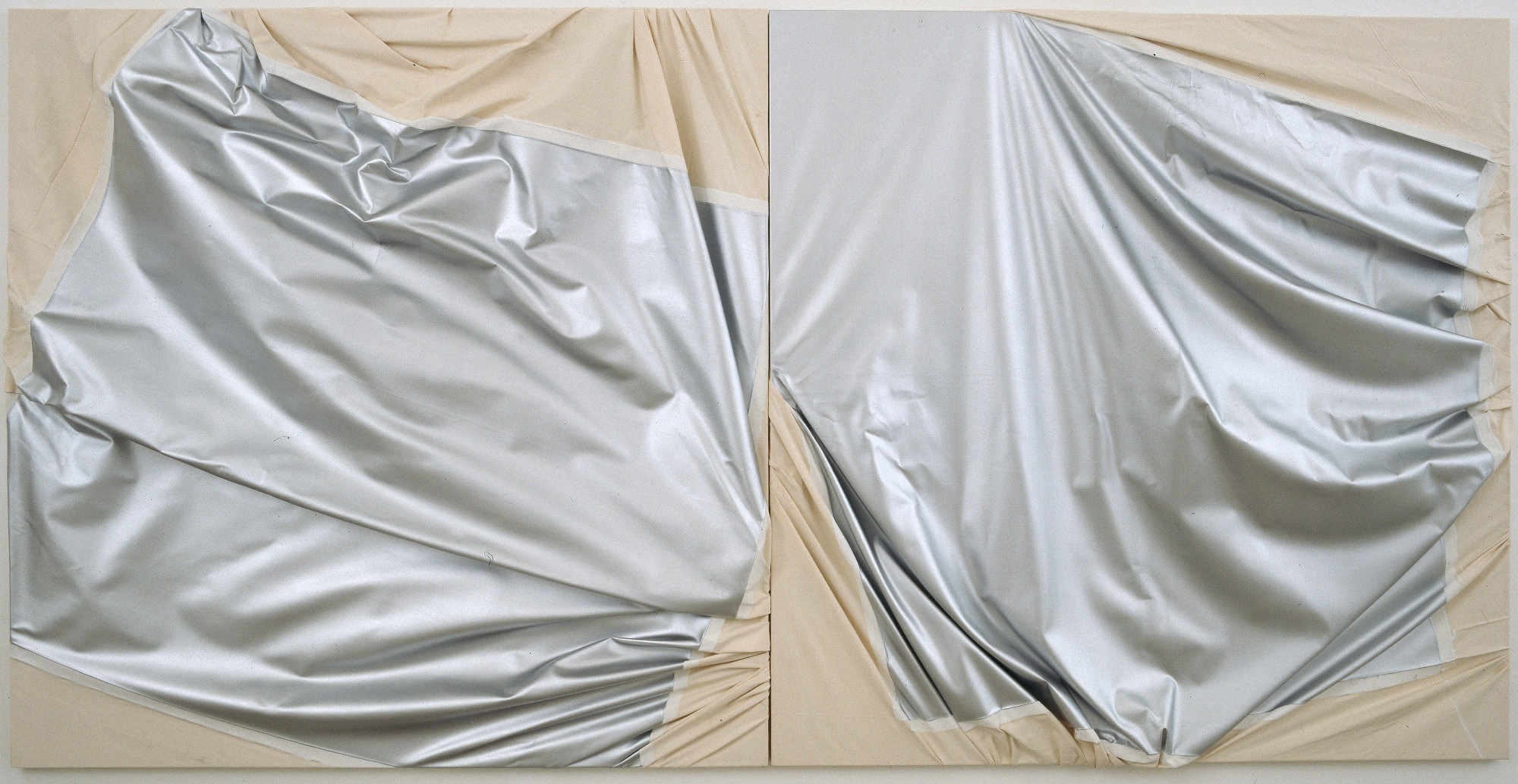 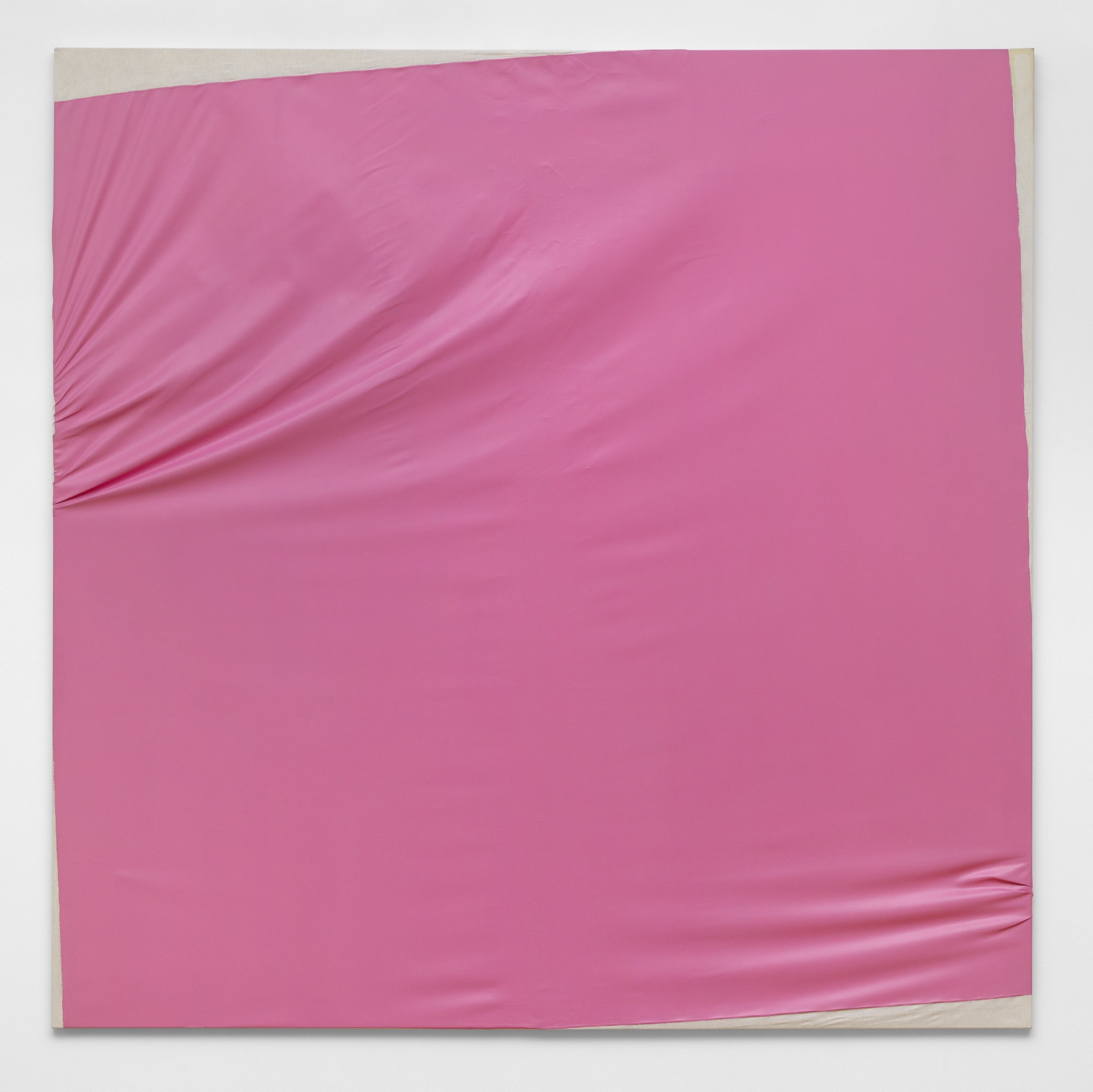 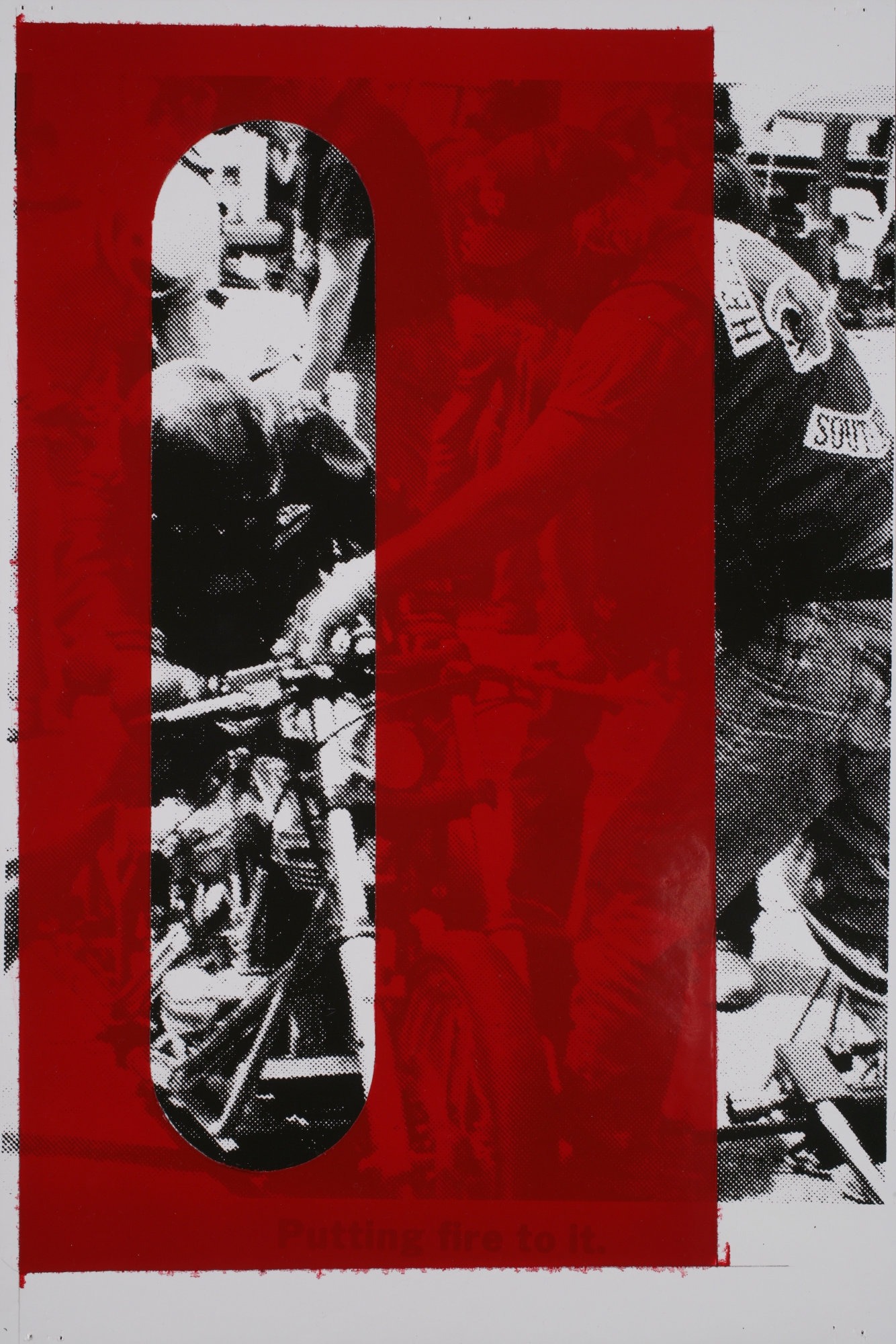 Steven Parrino, Putting fire to it, 1989, courtesy Parrino Family Estate / Musée des beaux-arts La Chaux-de-Fonds
Steven Parrino (1958–2005) was one of the most influential artists of the New York art scene since the late 1980s.

Predominantly a painter, in his oeuvre he developed a unique visual idiom that, on the one hand, draws on various subcultural movements and, on the other, displays clear references to the history of visual art of the twentieth century and beyond. Parrino's work is defined by an unconditional will to be free that stems from American biker culture and is also influenced by punk rock existentialism.

At the same time, Parrino contradicts the "anything goes" attitude of postmodern trends in the 1980s. Authenticity and the will to form combine in his artistic approach to create an innovative power of outstanding quality that is also manifested in his installations, music, films and writings. Borrowings from underground comics and the "Kustom Kulture" of the motorcycle world with its specific symbolic language are the main themes of his drawings in the early years. His monochrome painting in the tradition of "Radical Painting" evolved in parallel.

After the mid-1980s, Parrino's artistic and ideological convictions began to gel into a characteristic method: the artist would first paint canvases in monochrome colour, take them off the stretcher and then remount them in some modified form (twisted, wound, crumpled, etc.) so as to create a new and usually three-dimensional "picture".

Steven Parrino. Nihilism Is Love is the first comprehensive retrospective of the artist in the German-speaking world. Based on five sets of themes, the show recontextualises his work at Kunstmuseum Liechtenstein: a central narrative of the exhibition is the death of painting as a motif and its revival based on various social and subcultural themes. In the face of rapid upheavals in recent decades, painting has increasingly been deprived of its traditional role as a pre-eminent medium of the avant-gardes. For the first time, this show illustrates the significance of Parrino's multifaceted oeuvre for the further development of painting.

A production of Kunstmuseum Liechtenstein, curated by Friedemann Malsch and Fabian Flückiger. The exhibition will be accompanied by a comprehensive publication.
www.kunstmuseum.li