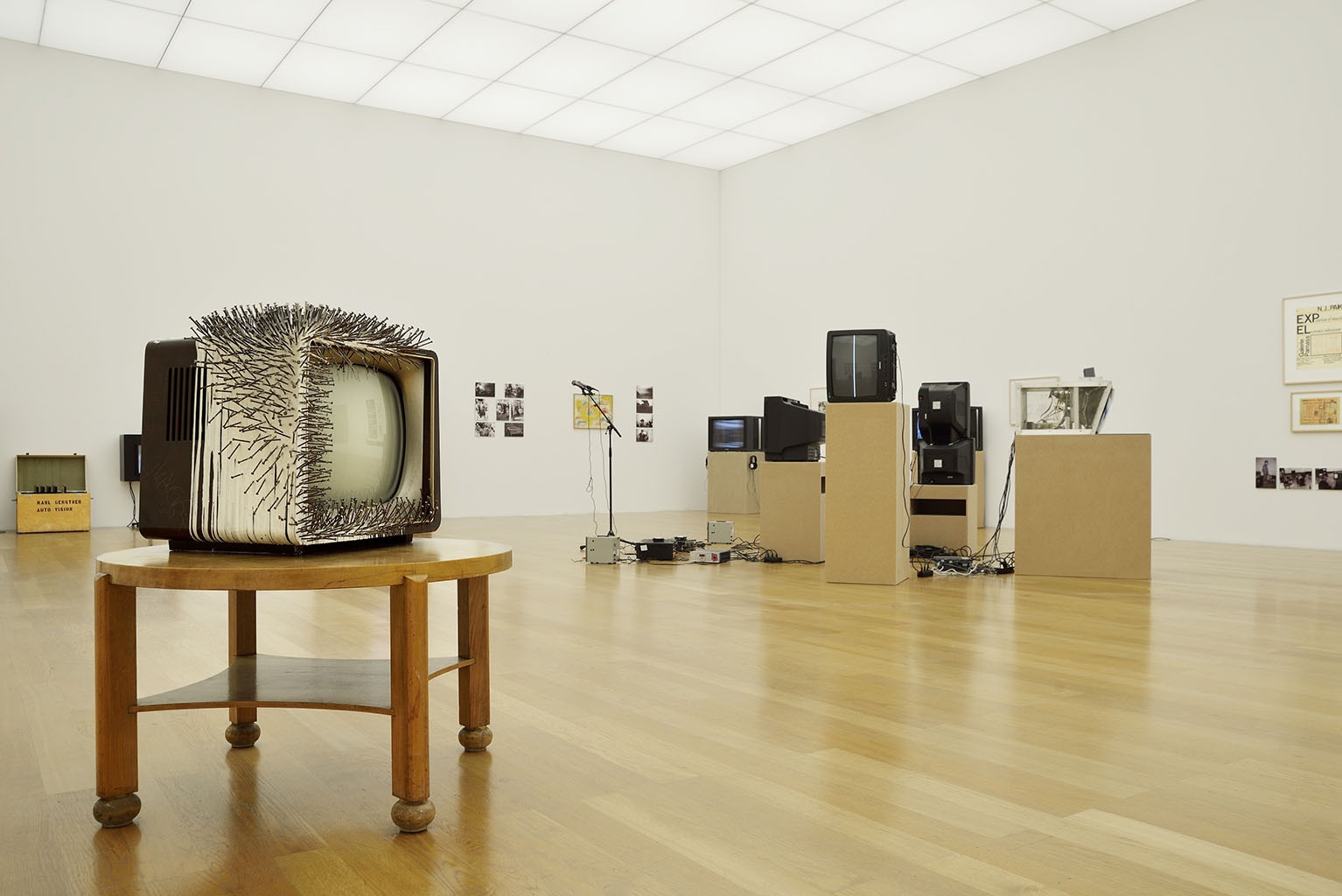 The exhibition examines the significance of television for the visual arts and how our visual culture has changed from the 1960s to the present.

The focus is on the artistic treatment of the contents and forms of image culture developed by the television medium. Following this approach, "TeleGen" reflects on the "Televisual" across various genres.

The starting point of the exhibition is the situation around 1963/64, by which time television had become a fully-fledged mass medium, proceeding to deal with the present-day plurality of TV formats and distribution channels. The historical part of the show presents artistic approaches from the 1960s that explore the television image or the television set as an object and which bear witness to the treatment of televisual aspects in painting, sculpture, installation, photography, film and action art even before the advent of video art. The second part of the exhibition, focusing on the present, is dedicated to the phenomena of dissolution of the once so monolithic television medium in the age of digitisation, hybridisation and media convergence to this day. The „television principle“ is seen in this context not only as a technical mass medium but as an instrument of world construction, as a space for thought, and as an apparatus for creating societal meaning. In this sense, the artistic examination of television becomes a mirror of changes in the medium.

"TeleGen" presents the upheavals in the relationship between television and visual culture based on their treatment by artists in a total of seven chapters, some interlinked.

The exhibition was conceived by Kunstmuseum Bonn in collaboration with Dieter Daniels, Leipzig. The show is accompanied by an extensive publication.
www.kunstmuseum.li