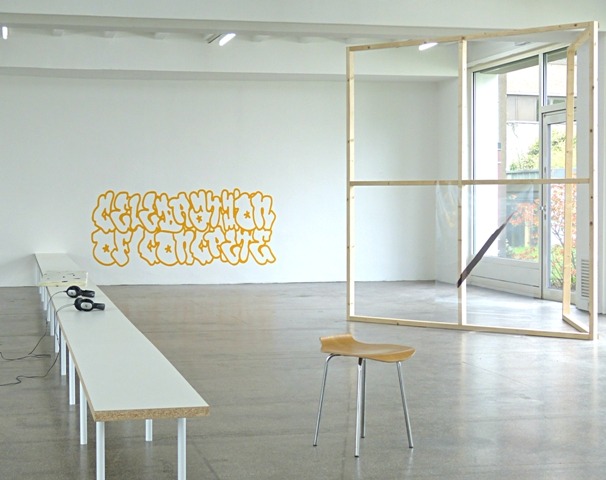 The works in the exhibition are made primarily of simple building materials. They reflect everyday use. Their view of the world is without transcendence. They contrast the sublimity of minimalism with their pure physicality. Their source is the building kit, of which normality is constructed. At the level of reference, some of the works refer to semi-public or private spaces, as they provide contexts oriented to meaning for the construction of identity. The shifts that distinguish the works from their functional models can be minimal and yet convey skepticism. If the policeman says, “Stop, don’t move!”, the exhibition wonders what a carpet in a building has to say.

The exhibition is interested in the link between the built environment and the ideas and programs formulated through it. Every product of formal design embodies the utopia of a space, in which it can appear in an ideal way. This abstractly planned space is always a political space at the same time, which defines certain orders and identities. This perspective also draws the gaze to the aspect of authority in both artistic and architectural productions, which became visible in the 20th century as the ambivalence of Modernism between emancipation and control, between empowerment and rationalization.