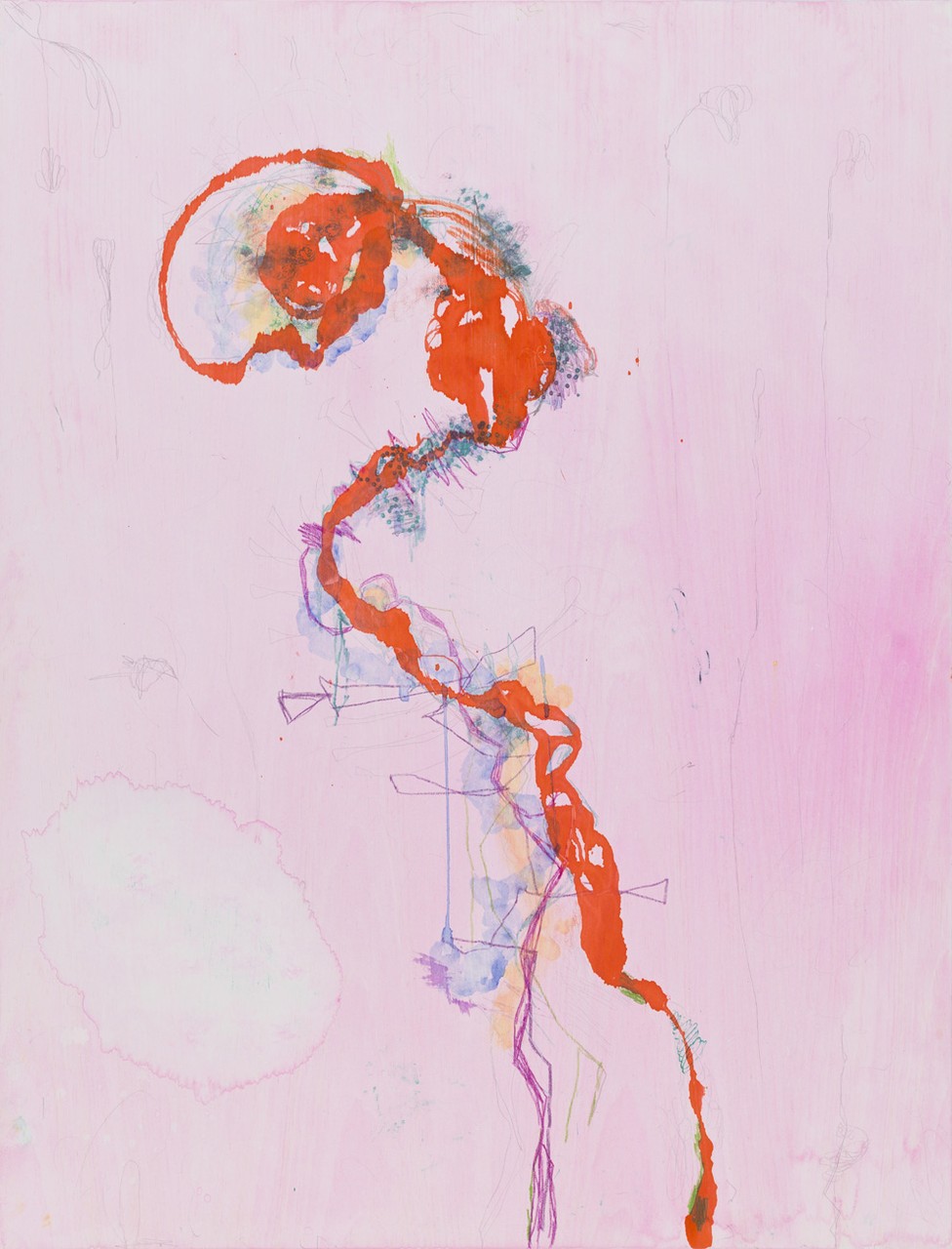 One of his central themes is identity as the existential foundation of the individual, which is generated by social and anti-social codes. Jamie’s view of marginalized realities and magically obscure rituals that embody the hidden side of our society is both analytical and immersive at the same time: Jamie himself is partly shaped by the subcultures that he transforms artistically. His creative process is, therefore, anything but scientific or coolly calculated – Jamie follows a spontaneous, psychologically inspired search for form, the result of which is deeply personal while giving off an archaic, primitive atmosphere at the same time. It is about states of being and consciousness instead of concrete connections of meaning.

The Kölnischer Kunstverein is presenting five groups of works revolving around the topic of the body and nature, all produced between 2008 and 2017. The group Smiling Disease (2008) consists of large-format wooden masks in the tradition of the Austrian Alpine region of Bad Gastein. Jamie produced them in collaboration with a professional wood carver who re-interpreted Jamie’s drawings and lent them a grotesque, deformed countenance. Ceramics on metal pedestals are shown in the second room, ghostly figures hand-produced by the artist that intertwine with the organic flow of the plinth forms in the third room. The direct, powerful treatment of the clay, the pulsating variety of form, and the elaborate glazing all allow the figures to lead a life of their own like alien beings in the room.

A series of ceramic masks hangs on the walls, their interiors presenting as peculiar, hollow faces, like monotypes that evoke a variety of floral and figurative associations. Each work on paper is unique and contains several layers of drawings and colors – a characteristic that reflects Jamie’s creative process in general: erasing, overwriting, destroying, and restoring are fundamental features inherent in each of his works.

Cameron Jamie’s previous solo exhibitions have included the Kunsthalle Zürich in Zürich (2013), the Hammer Museum in Los Angeles (2010), the Musée des Beaux-Arts in Nantes (2009), and the Walker Art Center in Minneapolis (2006). He has also been part of group exhibitions like The Absent Museum at Wiels Center of Contemporary Art in Brussels (2017), the Lyon Biennale (2015), the Berlin Biennale (2010 and 2008), and the Venice Biennale (2005). His work was first shown at Kölnischer Kunstverein within the framework of the exhibition Keine Donau: Cameron Jamie, Peter Kogler, Kurt Kren (2006).
www.koelnischerkunstverein.de