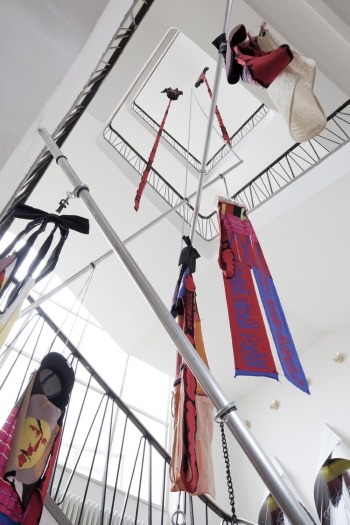 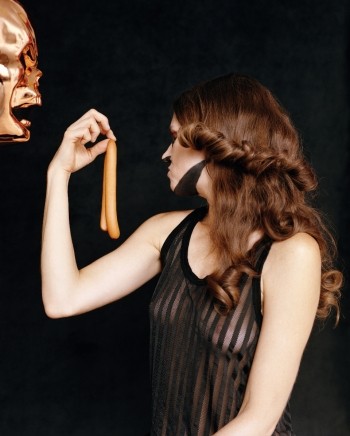 DAS INSTITUT, BuyBrätschWörst, 2010
Photo: Viola Yesiltac
C-print, 3 + 2 AP
Courtesy the artists
Kerstin Brätsch is a New York-based artist who was born in Hamburg, Germany, in 1979, and her paintings alternate between a distant third-person perspective and an enthusiastic, slogan-like voice promoting the Kerstin Brätsch “brand”. Brätsch teamed up with Adele Röder in 2007 to found the import-export agency DAS INSTITUT, in line with her idea that the “one-woman-artist” concept is no less conservative than the “one-man artist” model.

Her painting is institutional critique in the form of resolute action. Brätsch consciously chooses to collaborate with other artists and uses humour to subtly undermine stereotypes and conventional notions of what it means to be an artist.

Yet she does not stop at subversive strategies; she can also be very “in your face”, blasting apart the pretences of auratic painting with her ironic use of painterly gestures introduced by the generation of male artists who came before her. She picks up on strategies of disillusionment from painters like Martin Kippenberger and Albert Oehlen and succinctly challenges the seductive patterns and expressive language of painting.
www.koelnischerkunstverein.de