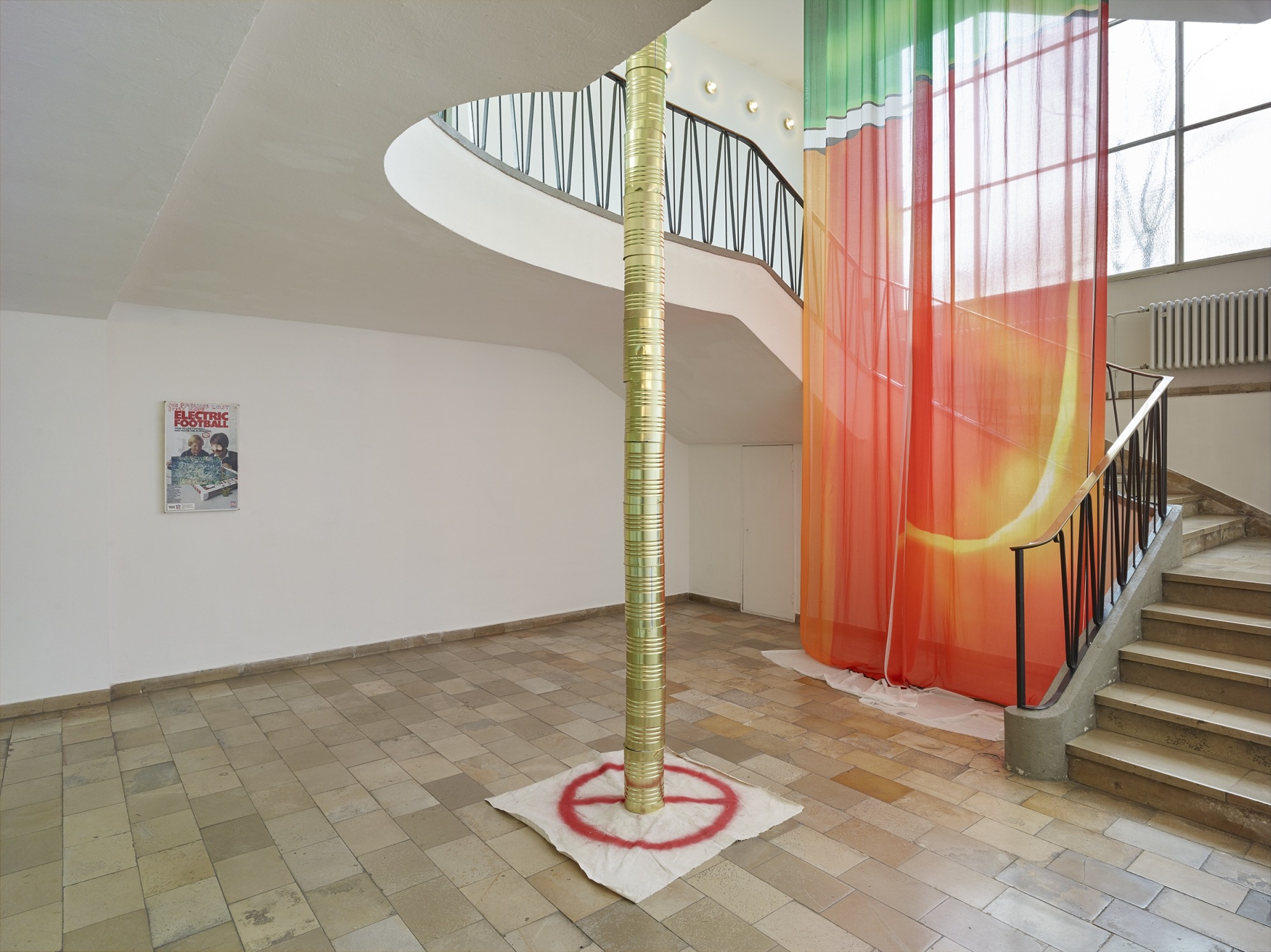 Ketuta Alexi-Meskhishvili, exhibition view, Kölnischer Kunstverein, 2015, photo: Simon Vogel
Ketuta Alexi-Meskhishvili, who was born in Tbilisi in 1979 and now lives in Berlin, investigates the possibilities of photography with extreme meticulousness. There is a central interest in the diverse methods of collage, which the artist employs in a virtuoso manner. Thus, she experiments with images and materials that are found or her own, and she combines these into new constellations. In the process, she not infrequently manipulates her source material by deliberately scratching it, cutting it or leaving other manual traces behind on it. The results are captured using analogue or digital methods of reproduction; however, the images that are created usually represent only an intermediate stage. Until the final print, highly diverse methods are employed to further rework them, so that the process corresponds more to a deliberate composition than the spontaneous capturing of a moment.

The images developed by the artist within the framework of this process range from portraits, still lifes and architectural photos all the way to abstract works, and they refer just as much to the visual idiom and aesthetics of advertising as to the recent history of photography and art. Independently of the given subject matter, many of the works are characterised by an enigmatic quality that significantly contributes to the effect which they exercise. They are brought to life by the ruptures that are both inherent to the photographs as a result of the multistage process of their production and also hold their viewers at a distance.

Specifically for her presentation at the Kölnischer Kunstverein – the artist’s first institutional solo exhibition – Ketuta Alexi-Meskhishvili has developed a new group of works that encompasses both photographs and installations. In the second storey, an assortment of photographs is presented opposite a translucent curtain hanging in the well of the staircase and printed with various motifs. Taken as a whole, the various artworks provide a comprehensive impression of the complexity of Ketuta Alexi-Meskhishvili’s work – an artist whose pieces have drawn international attention in the recent past, for example, at the New Museum of New York.

This exhibition is supported by the Stiftung Kunst, Kultur und Soziales of the Sparda-Bank West.
www.koelnischerkunstverein.de