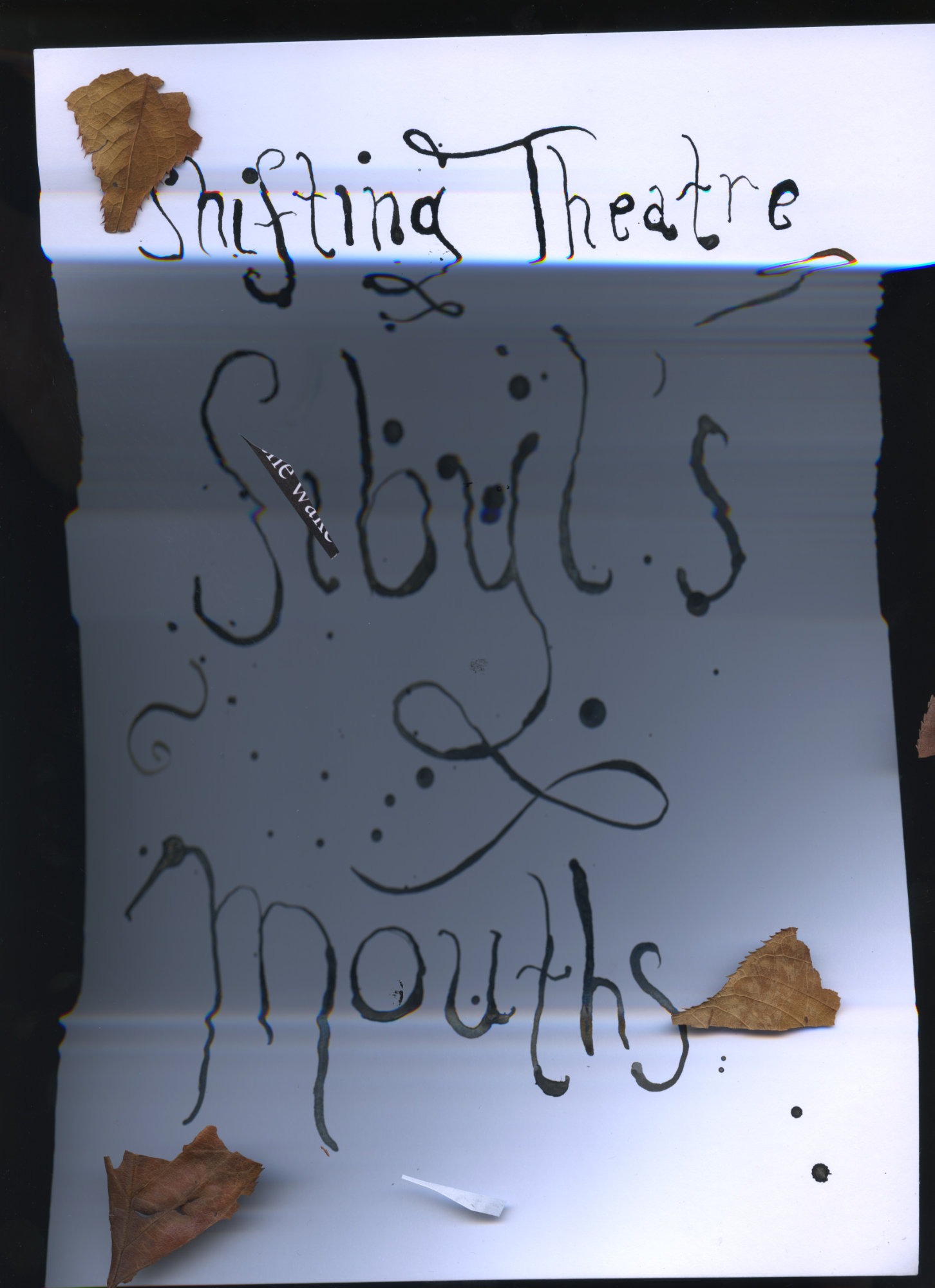 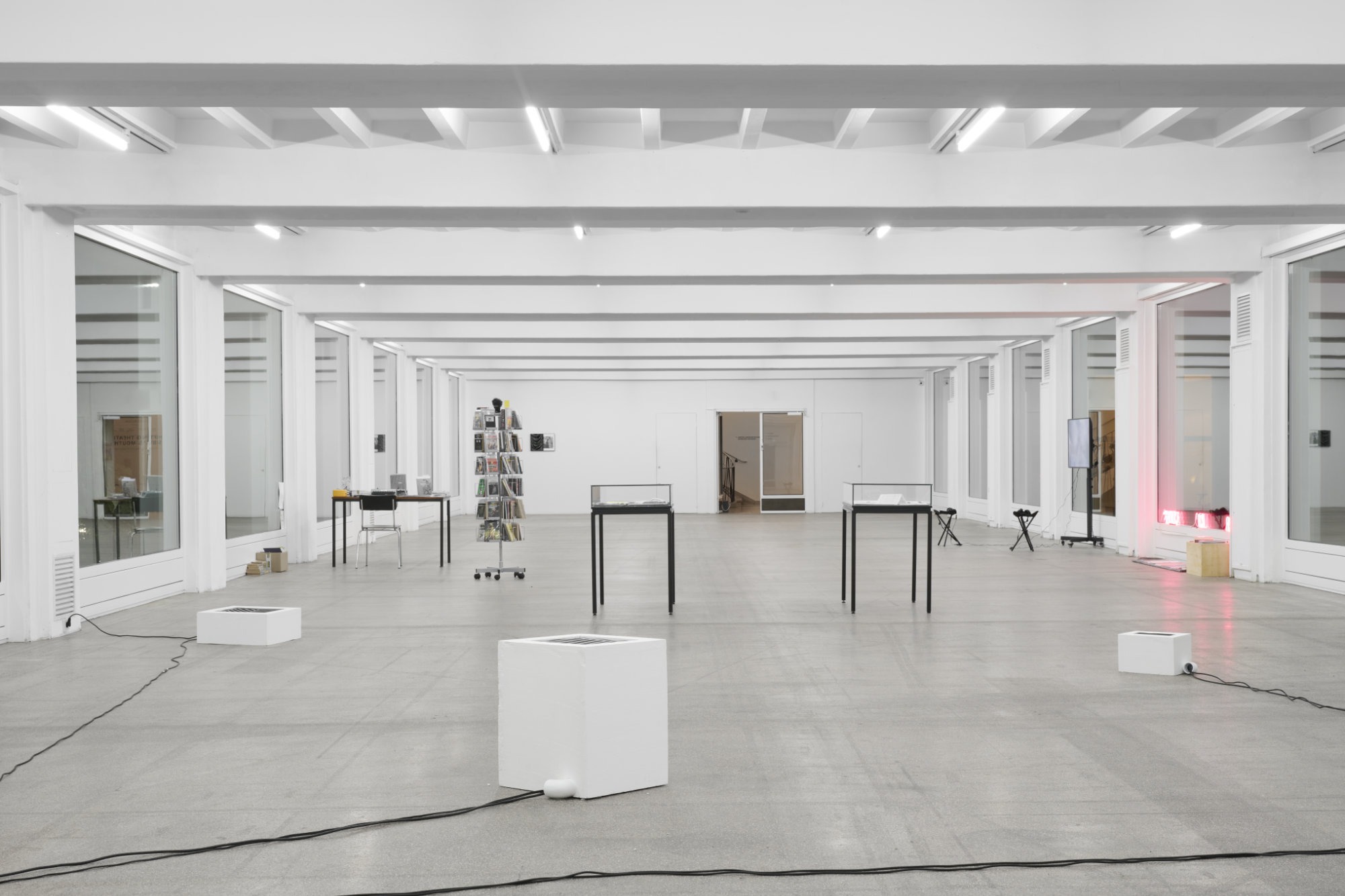 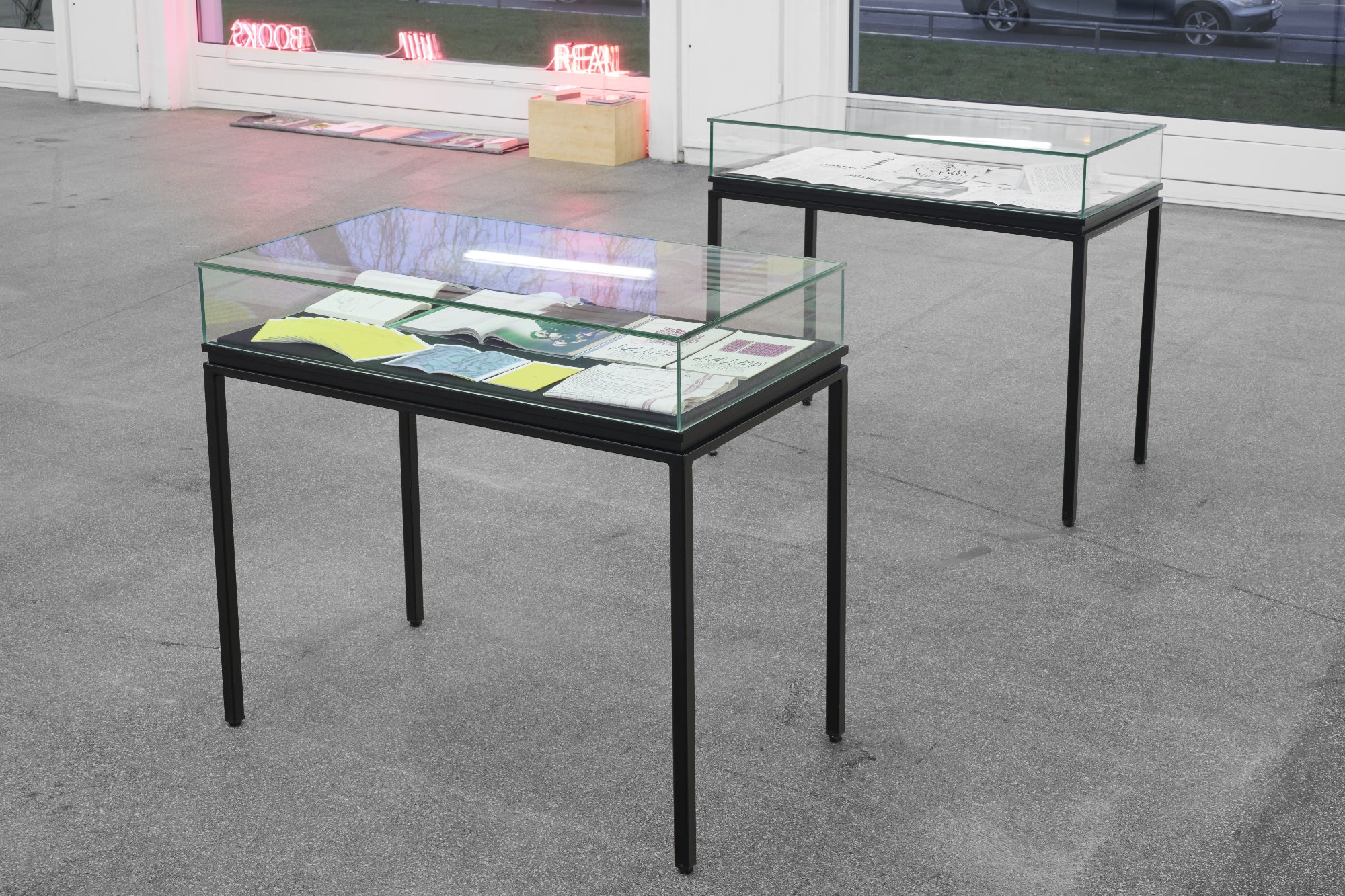 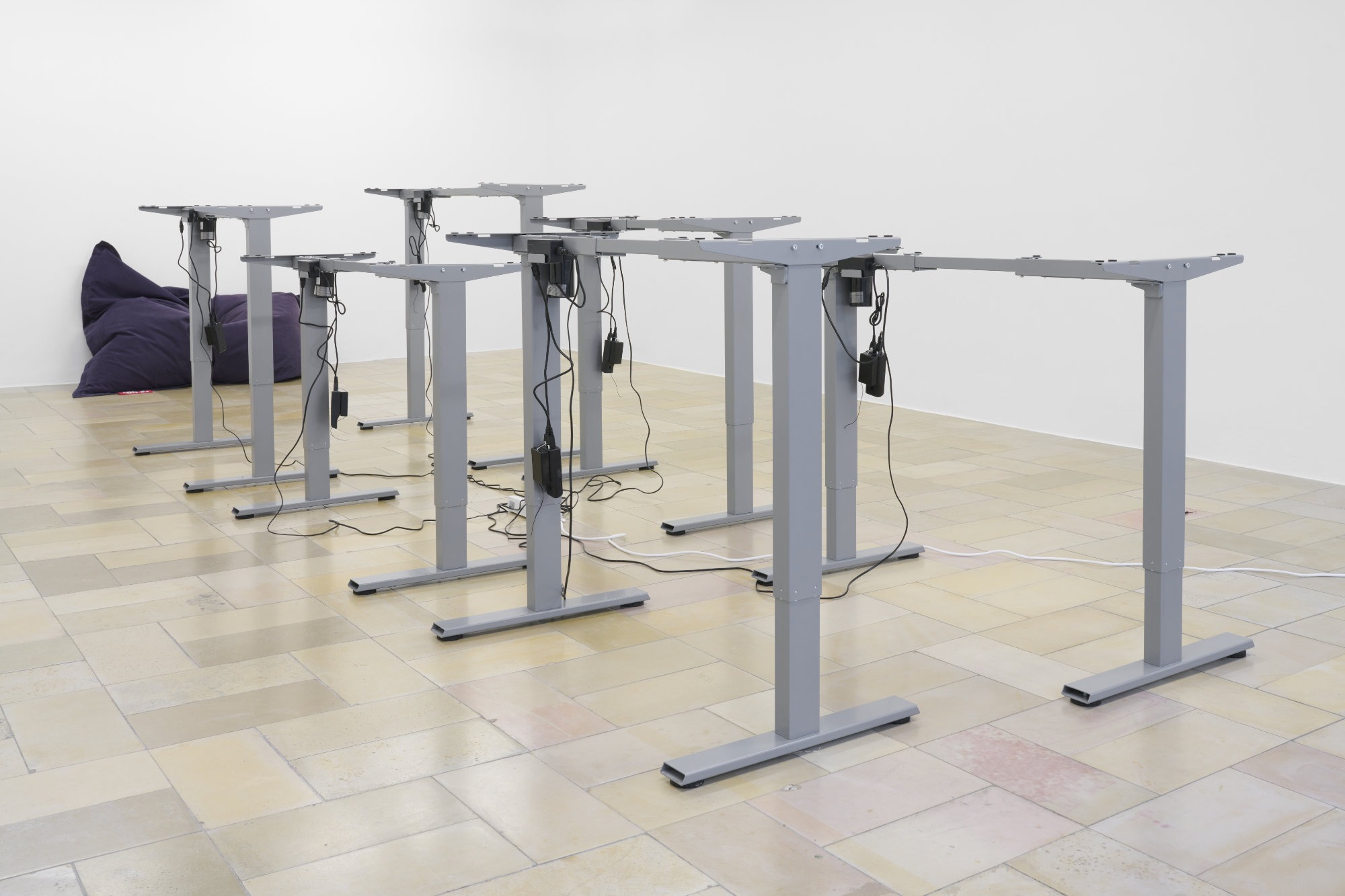 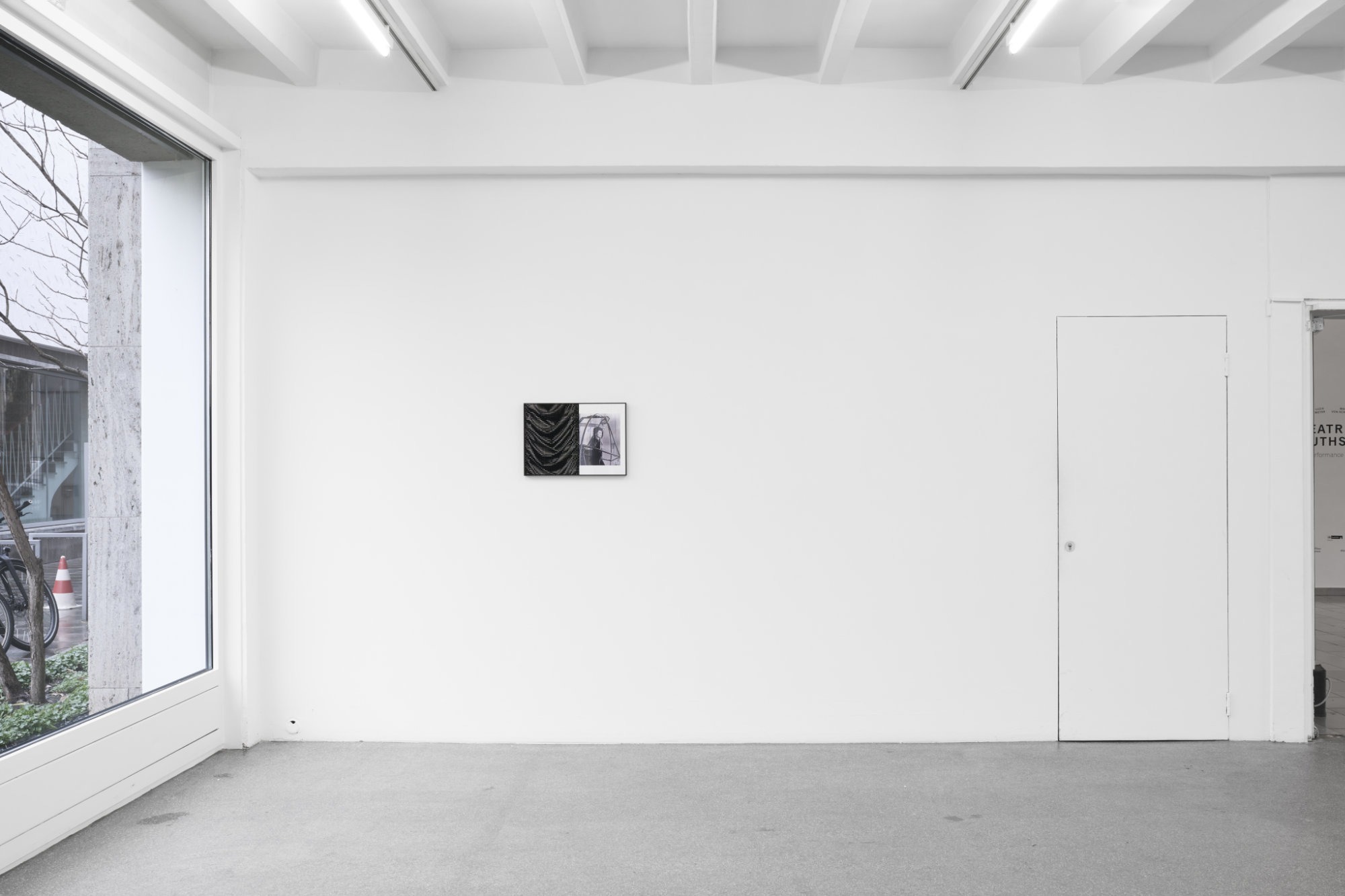 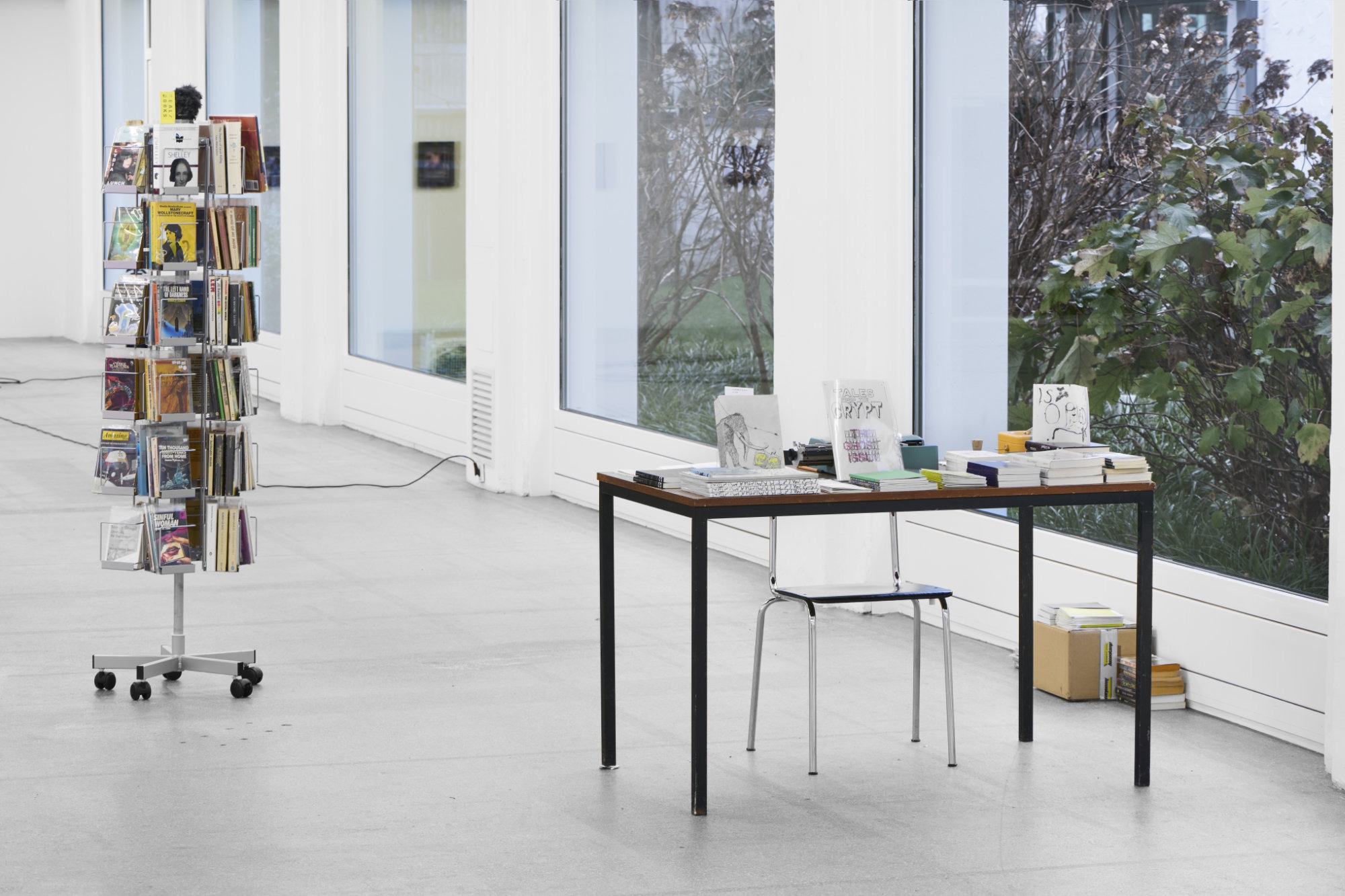 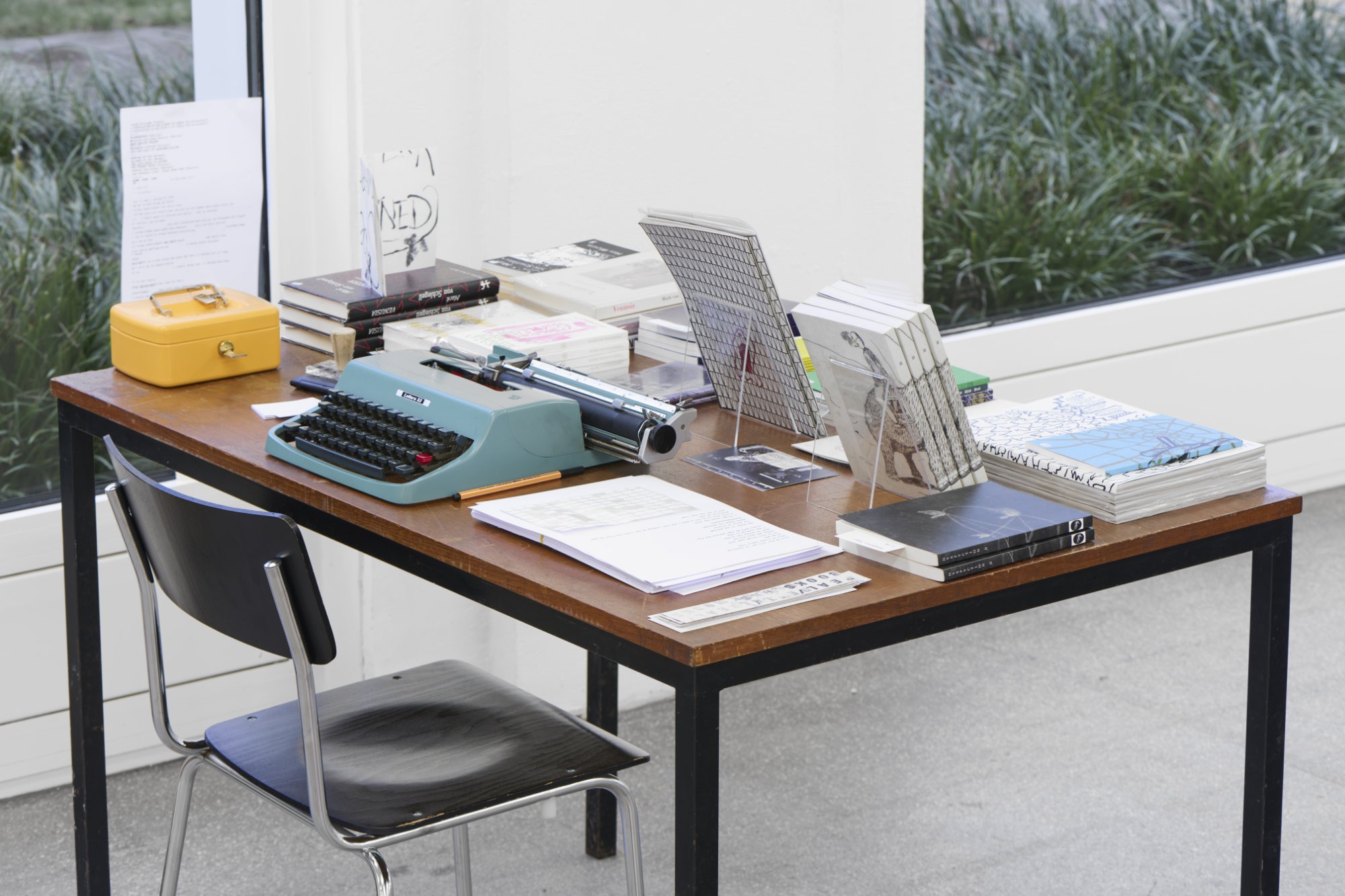 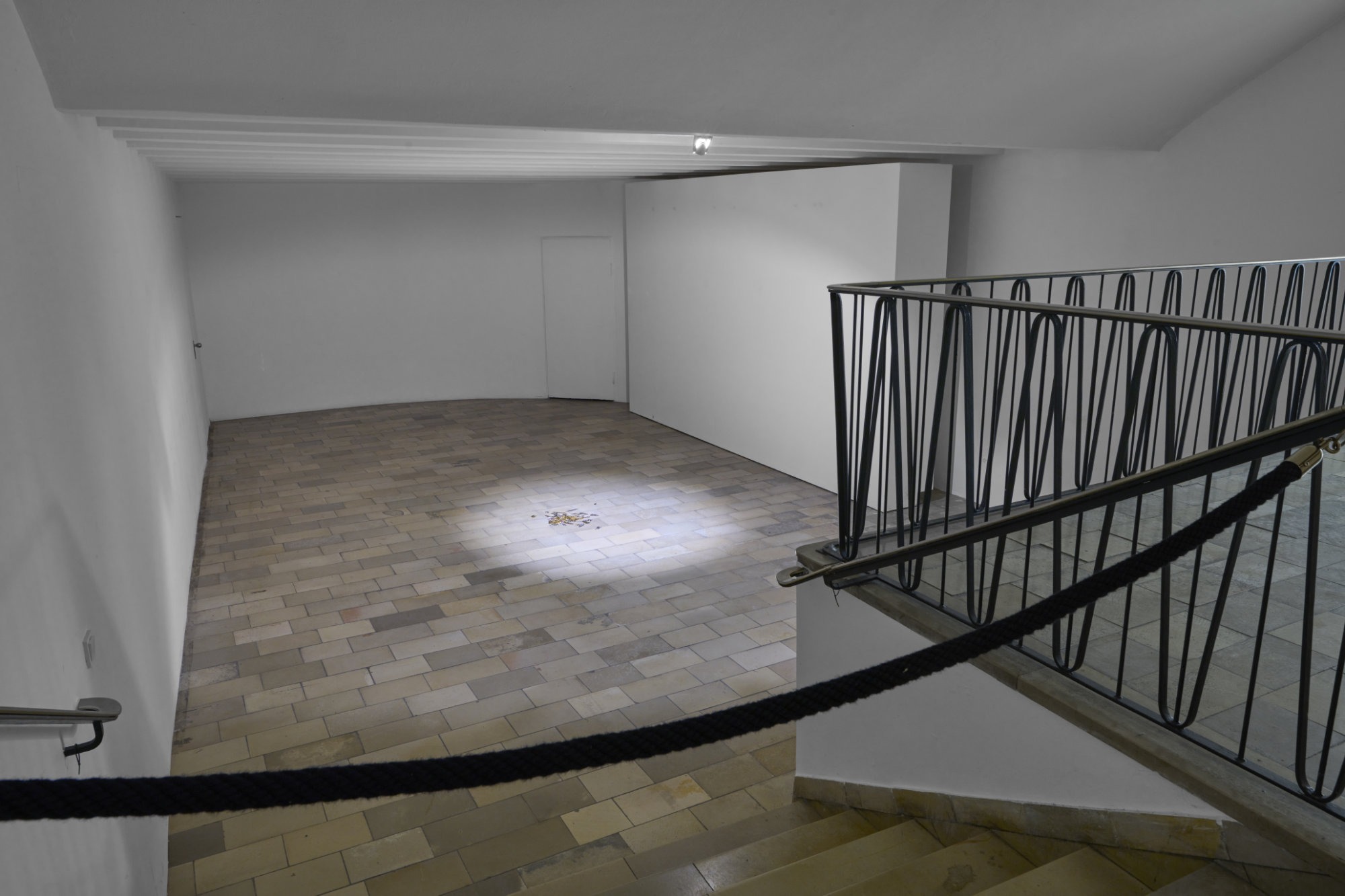 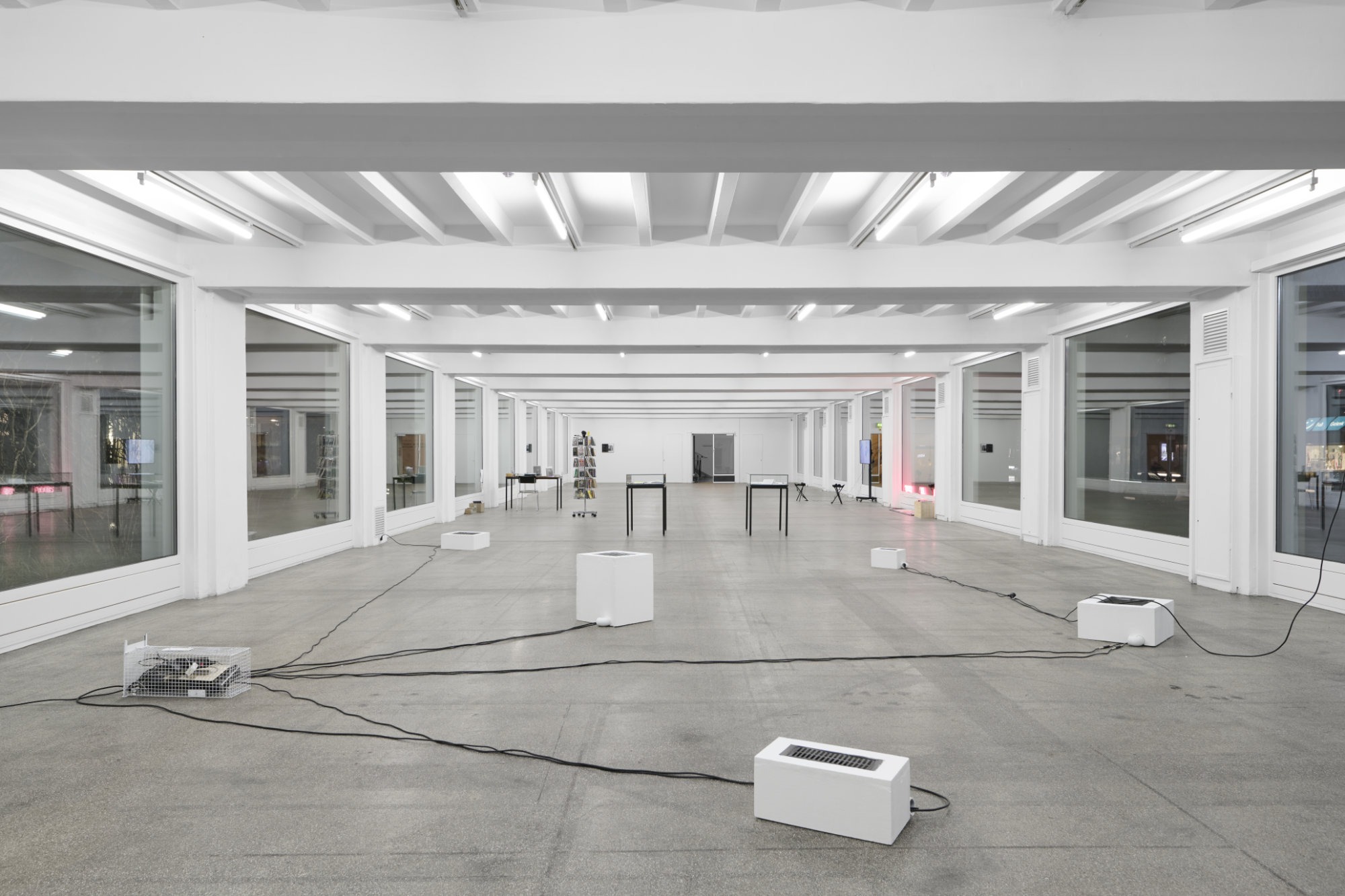 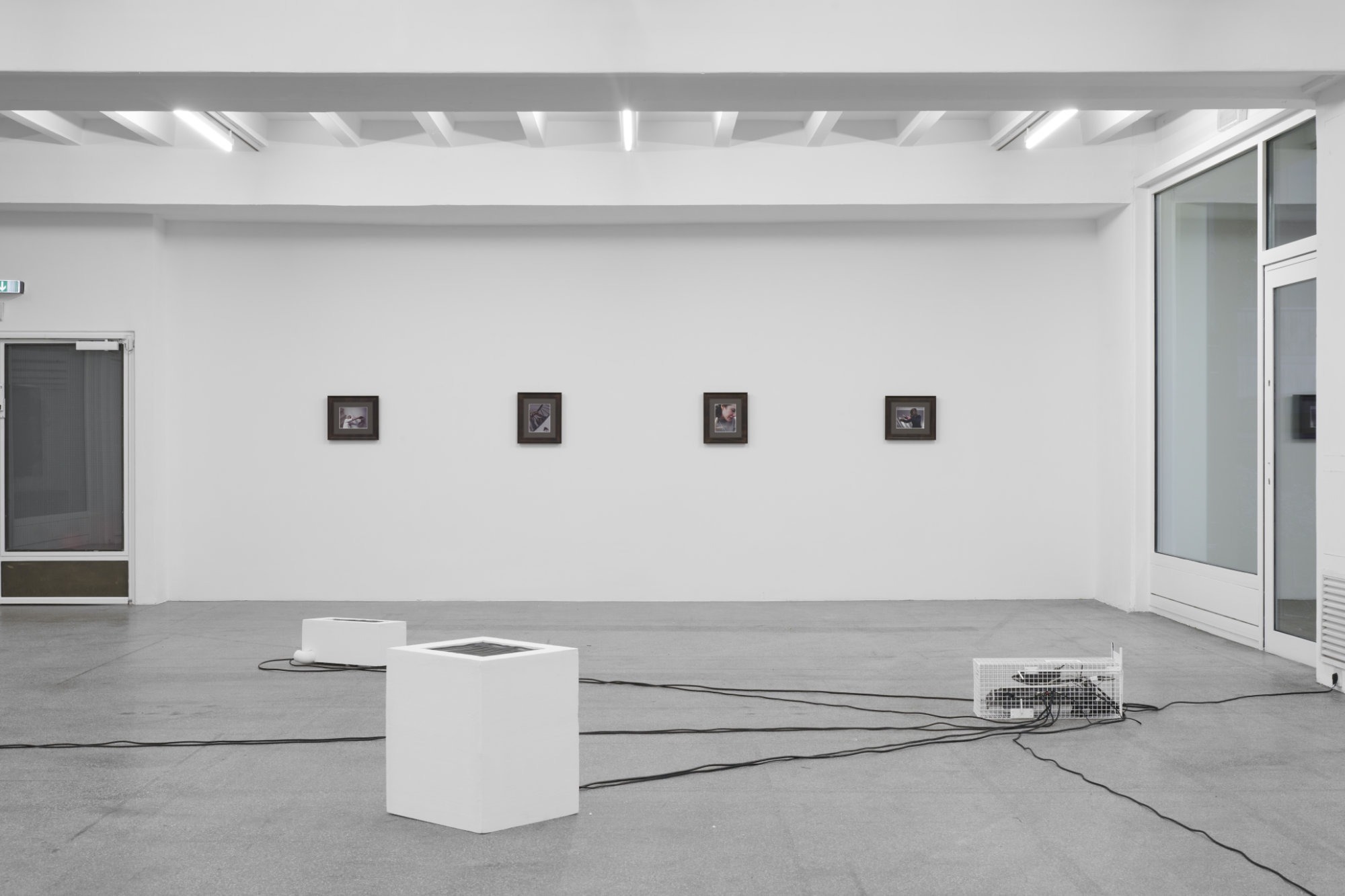 In the Sibylline cave near today’s Naples, the narrator of Mary Shelley’s 1826 novel The Last Man finds a collection of prophecies scribbled on scattered oak leaves. These fragments conjure the story of an epidemic that ravages the globe in the 2100’s, forever altering human history. Arguably the first science-fiction apocalypse, The Last Man touches on themes such as solitude, new forms of intimacy, repetition, and life on the edge of an epoch.

In Shifting Theatre: Sibyl’s Mouths, members of the writing and performance group Pure Fiction—Rosa Aiello, Ellen Yeon Kim, Erika Landström, Luzie Meyer, and Mark von Schlegell—respond to the unpredictable cultural landscape of today by staging this strikingly relevant novel’s motifs in a shifting theatre of sound, installation, lecture, film and puppetry. Voices animate and prophesize; make presence out of absent figures and forces; translate from symbol to action and back.

In a time when coming together physically as a group seems near impossible; coming apart together is newly significant. Like the fragmentary prophecies of the Sibylline cave, works made specifically for the exhibition come to life at various stages, and in accordance with their own internal script and time-line. Through a careful interrogation to the where and who, their individual unfoldings seem to ask in discordant chorus: what is performance?

On the Kölnischer Kunstverein’s ground floor, a sound installation by Ellen Yeon Kim repeats while physically sprawling across the premises. Luzie Meyer’s new video work is accompanied by marionettes of the current Pure Fiction members, and in REAL BOOKS—a temporary book store of no set time or space—Mark von Schlegell offers the written word as time machine, for a price.

In the adjacent cinema, Rosa Aiello (in collaboration with Dylan Aiello) entangles herself in sibling ribaldry and the libidinal potentials of performance (on and off screen). Meanwhile, in the former broadcasting room on the second floor, Erika Landström stages a dream machine of cognitive labour and space exploration.

With live performances on opening night and closing day.

Ellen Yeon Kim (*1985, South Korea) studied at the Städelschule in Frankfurt am Main in the class of Peter Fischli and Simon Starling, and graduated from Slade School of Art, UCL. Her aesthetically complex work unveils the absurdity of the multiple irreconcilable expectations which are placed on individuals by society and its institutions. It reveals ways in which trauma is passed on and perpetuated by individuals themselves. Kim’s practice involves various media, including theatre, stand-up comedy, installations and drawings. She was awarded The Peter Mertes Stipendium in 2021 and has been part of the studio program at the Kölnischer Kunstverein since 2019.

Erika Landström (*1984, Sweden) is an artist working in sculpture, installation and performance. She is a graduate from the Städelschule in Frankfurt am Main, and the Whitney Museum of American Art’s Independent Study Program in New York. Her most recent performance Holders premiered at the Emily Harvey Foundation in New York, 2020. She has been published by Sternberg Press and Texte Zur Kunst, among others, and her writing ranges from poetry to art criticism. Her work has been shown in solo and group exhibitions internationally.

Luzie Meyer (*1990, Germany) is an artist, poet, musician, and translator based in Berlin. She studied Philosophy at Goethe University Frankfurt and graduated in Fine Arts from Städelschule in Frankfurt am Main in 2016. Her work has been shown in solo and group exhibitions internationally. She was awarded the studio residency of the Hessische Kulturstiftung at the Cité internationale des arts, Paris in 2018. She has received a pre-doctoral fellowship of the DiGiTal fund Berlin in 2020, as well as a research grant from the Berlin senate in 2021 for her research project “Unthinking Metatheatre”.

Mark von Schlegell (*1967, USA) is a novelist, critic and artist, Cologne-based since 2005. His first novel Venusia (2005) was honor’s listed for the Otherwise Prize in science fiction. In English he is published by Semiotext(e) and Sternberg Press; in German by Matthes und Seitz and Merve Verlag. His visual art has been shown in the US (New York), South Korea (Seoul), Denmark, and throughout Germany. A founding member of the Pure Fiction collective since 2011, he has taught art and literature at CalArts in Valencia, the San Francisco Art Institute, and Städelschule in Frankfurt am Main.
www.koelnischerkunstverein.de