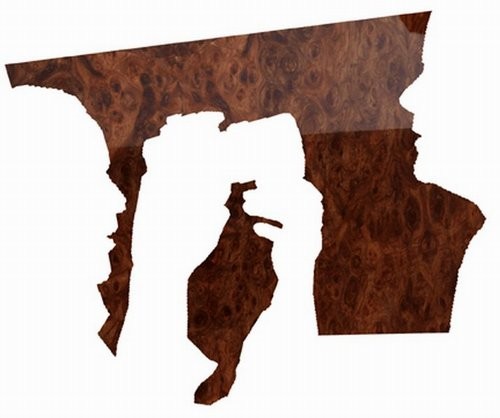 The inkjet-on canvas „calendar paintings“ of the American artist Seth Price (born in 1973, lives and works in New York) contain pictures from the less known period of American painting between the World Wars, as well as obsolete computer graphics and magazine advertisements. These works, executed in 2003 and 2004 but not previously exhibited, build the main focus of the upcoming solo exhibition at the Kölnischer Kunstverein. In the exhibition room Seth Price presents his works on suspended wall panels. Accompanying the paintings are vacuum-formed polystyrene reliefs with masks or facial imprints, looking like glamorous high-definition products. The reliefs have been produced in different colours and bear their date of production. The presentation is completed by a painterly video projection in form of a program loop showing a computer-animated sequence of black water in motion. The video is based on a 5-second loop sold for business use, which Price purchased and treated with color and motion effects.
Atmospheric as it is, the installation creates the impression of a journey through time during which the different handling and use of things, objects and pictures, is shown. Price manipulates found pictures, shows their changeability and their dependence on presentation and distribution structures and also makes his own manipulations visible. The journey of a picture from the computer screen onto a canvas and vice versa can suddenly be experienced as a tightrope walk. While the calendar paintings question the idea of painting freed from time or function by correlating it to trivial wall-calendars often seen in offices, Price’s plastic reliefs exaggerate the idea of Pop Art to show pictures and sculptures as desirable consumer products. He presents the reliefs as mere covers; they are negative form of the depicted objects and materialize only in their surface form.
Seth Price’s film Digital Video Effect: Editions (2006) will be shown in the cinema. This film is a montage composed entirely of material from Price’s own earlier videos, here transferred to a 16 mm film format. The materials Price has used in his video editions, and which reappear here in cut-up form, include manipulated film footage by Joan Jonas from the early 1970s, a video by Martha Rosler that took up TV advertisements from 1985, pictures from the Internet, and news footage from the 1981 assassination attempt on Ronald Reagan. It is no longer discernable who is speaking, what is commented on, or what is inside and what is outside. Low-definition and high-definition material is equally juxtaposed. The critic Polly Staple explains Price’s method of operation with the fact that nowadays it seems oddly outmoded to try and break up arrangements and systems because an unambiguous alternative is just as inexistent as a clear opposition.
„We have multiple styles and approaches now. There is infinite access to and collisions of meaning and value systems. There is a plethora of choices and a surfeit of images within the cultural logic of late capitalism. Here, defined by media, image becomes material. Price works in the realm of this new American Sublime“.
A collaborative working method is of likewise importance to Seth Price. He is co-founder of the New York publication series Continuous Project, together with writer Bettina Funcke, artist Wade Guyton, and designer Joseph Logan. During the exhibition his latest publication How to Disappear in America (Leopard Press, 2008) is available at the Kölnischer Kunstverein; this book explains how one can successfully disappear in American society. Last year Seth Price received the award of the city of Lyon as a special award for his work at the Lyon Biennale. Most recently Price’s works were shown in exhibitions at the Kunsthalle Zurich and at the Museum of Modern Art, Oxford. A monographic catalogue with a text by Michael Newman will be published in cooperation with the Kunsthalle Zurich.

At the screening Seth Price will present his new film Redistribution: permanently changing material newly edited for each respective exposition. In the film that is to be shown the spectator watches the artist talking about his work at a lecture-performance in the Solomon Guggenheim Museum, New York. He explains his artistic method of operation and talks about the production of video images and about music compilations. Price not only functions as intermediary of his own work but gives a lecture on other artists and at the same time on himself.