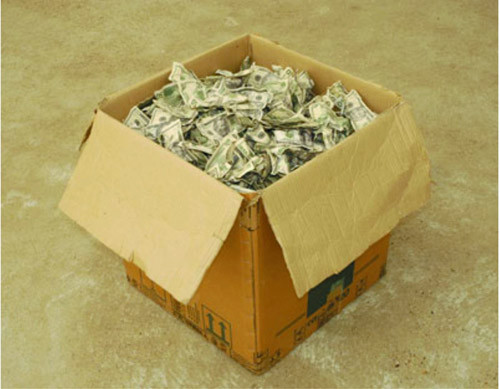 Leo Koenig Inc. is pleased to announce the opening of a group exhibition entitled, Self-Fulfilling Prophecies. The works in this show reveal a swaggerless, off-handed confidence, and are linked aesthetically by their creators’ overt use of a myriad of contemporary tropes. Minimalism; monochromatic painting; use of language/text; ordinary objects made extraordinary by context; all these make appearances. But appearances can be deceiving, as this generation of artists have dissected and assimilated the methods of their predecessors, and have reinvented the endgame, completely fresh and in their own image. Instead of emulation, these artists have created doppelgangers of a familiar approach. Blurring the lines between irony and sincerity, these artists have obliterated the expectations of either conceit, throwing the viewer momentarily into a bit of a quandary. The dry delivery of a line/image/context, which seems funny at first, becomes a genuine, inclusive observation.

Slick surfaces and meticulous presentation, distinctive of works that espouse aesthetic distance, permeate the exhibition. Yet that emblem of contemporary art is both highlighted and violated, often within the same works. Cool and obtuse examinations have been exchanged for real emotional investment; reflection and glint of light project pleasure at face value, allowing for a communication that is ultimately rooted not in judgment, but curiosity. This frank and straightforward approach frequently overwhelms, rendering the viewer incapable of neatly resolving what is seen, while succinctly capturing the mood of a generation who have crossed over the precipice of the 20th century and is poised solidly at the beginning of 21st.

Self-Fulfilling Prophecies will be on view in both Leo Koenig Inc. and Leo Koenig Inc., Projekte Hours for both galleries will be Tuesday through Saturday, 10-6 pm. For further information and/or visuals, please contact Elizabeth Balogh or Nicole Russo at the gallery.
www.koenigandclinton.com