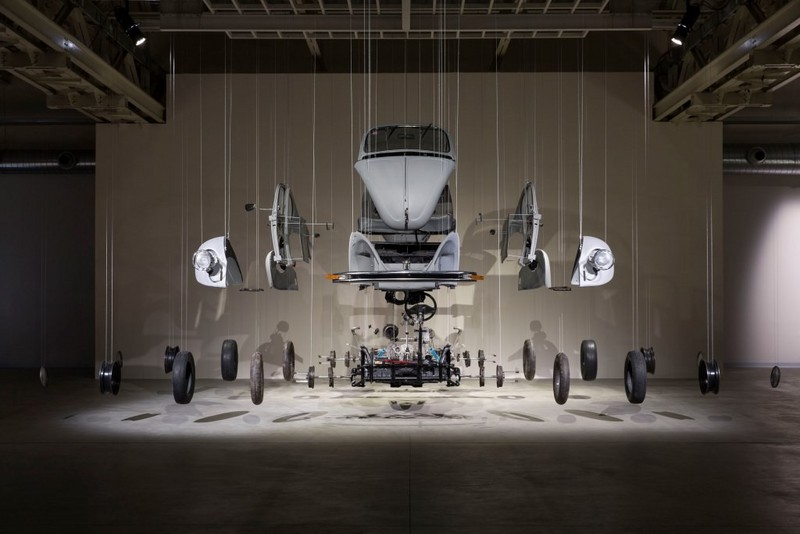 Casino is the first solo exhibition in Sweden by Damián Ortega. In his work he explores the idea of sculpture through the use of everyday objects, subverting their meaning. The exhibition offers a sweeping overview of the artist's work, with sculptures, installations, performances and films given a unique touch by the interaction between the works and the space of Malmö Konsthall.

At the centre of the show is the Beetle Trilogy, one of Damián Ortega most momentous works, in the form of an "epic" tale of the Volkswagen Beetle. A prominent characteristic of his work is the use of common e or recycled materials, such as tools and implements, which he reworks and which highlights his interest in production systems, processes of transforming matter, and entropy. In his practice, Ortega alters and deconstructs objects, building structures that create a dialogue between matter and form, action and thought. His entire production is permeated by a very personal and subtle sense of humour, which gives both meaning and originality to the most mundane things, in order to convey even the most challenging issues in a light-hearted manner.
More about the exhibition

The exhibition is realised by Malmö Konsthall in collaboration with Pirelli HangarBicocca, Milan, and curated by Vicente Todolí.
www.konsthall.malmo.se