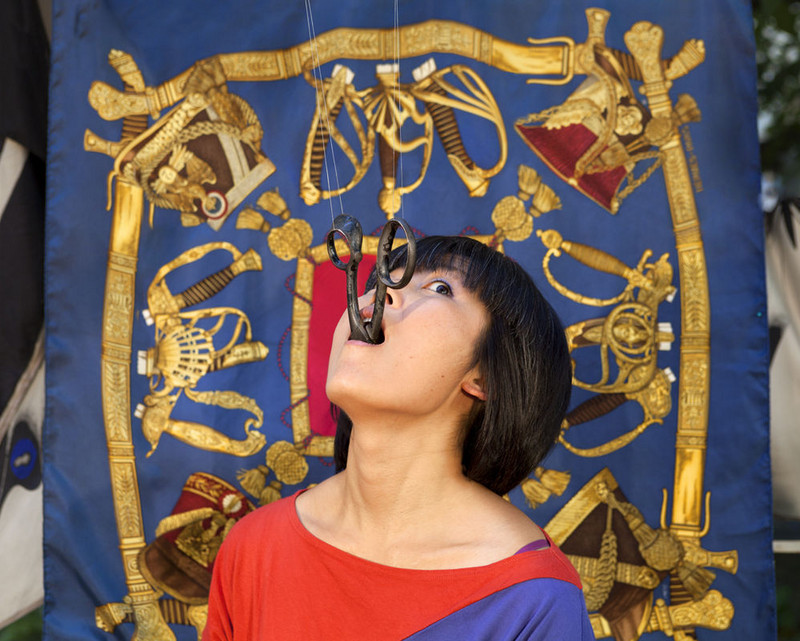 The right to blasphemy should become a human right. The special right to the protection of religious sentiments, by contrast, should not. Trampling on such feelings is not a very empathetic thing to do, but the fact that they seem to be particular sensitive is not the fault of those who do not share that sensitivity. Everyone is free to keep Golden Calves in the privacy of their own home. In the public sphere, however, it must be permissible to laugh about them, ridicule them, and even offend them. Articles of faith are not very susceptible to fact-based discussion without a predetermined outcome, and so it is virtually impossible to impose rational limitations on their critique. That, after all, is what faith is: defending something even when everything that speaks for it has been refuted.

The believer persists even when the ground beneath his feet falls away. Faith establishes regimes or falls in line behind them. It lends a totalitarian face to the indefinable, creates spaces devoid of argument, places without discourse, and a thinking that knows no alternatives. Believers cling to truths that, if push comes to shove, they have only one way to justify: with intransigence. Many psychologists and cognitive scientists see articles of faith as ossified mental constructs and as the core of conditioned behavioral patterns. Where tenets of faith begin, so does domination, and all room for negotiation ends; people become rigid and stubborn. Hence their interest in public office and the long history of their penchant for authority, which is by no means a thing of the past.

True, we are all unbelievers when it comes to most of the gods our ancestors still believed in. But faith migrates, from object to object, and is perfectly capable of renaming its deities. Dogmatists of economic liberalism, for example, still want to commit the world to Adam Smith’s metaphysics of the “Invisible Hand,” no matter that mainstream economists regard it as disproven, no matter that it is hardly helpful. Faith in “the markets” and insistence on economic growth, policies that are “without alternative” amid an unprecedented systemic crisis, the automated invocations of “democracy” and its institutions, but also attacks by conspiracy theorists against “the system” or the propaganda right-wing radicals spew—these are all no less based on adapted tenets of faith than Bible-abiding morality.

As to Dear God, 20% of the world’s population prefer not to believe in him. Roughly equal numbers of people profess Islam or Catholicism. Compared to the vociferous lobbyists for these faiths, unbelievers tend to be quieter—they have no shared credo to sing in unison. Reason enough to support Richard Dawkins’s appeal to atheists and agnostics to come out of the closet. Dawkins, an evolutionary biologist, found it intolerable, for example, that while most American intellectuals think godless thoughts and live godless lives, every U.S. election campaign woos the religious clientele as though there were no others. The consequence, he argued, is a distorted picture of social realities.

There are plenty such distortions. Exposing them could be a civic virtue, assuming we are interested in an open society. Drawing on positions that are part of KOW’s program and adding a few works by other artists, we have put together an exhibition on short notice that uses the means of satire and deliberate misrepresentation, but also launches frontal attacks, against today’s fetishes and Golden Calves as well as the tendency to genuflect before them. We were interested in addressing patterns of faith not just where they are obvious—in the religious context—but also in popular culture and political ideology. When such patterns help establish compulsive ideas that go beyond the private realm to infect society at large, when personal sentiments develop an affinity for power and violence, it must be permissible to denounce them as well.