On Fear and Education, Disenchantment and Justice, Protest and Disunion in Saxony / Germany 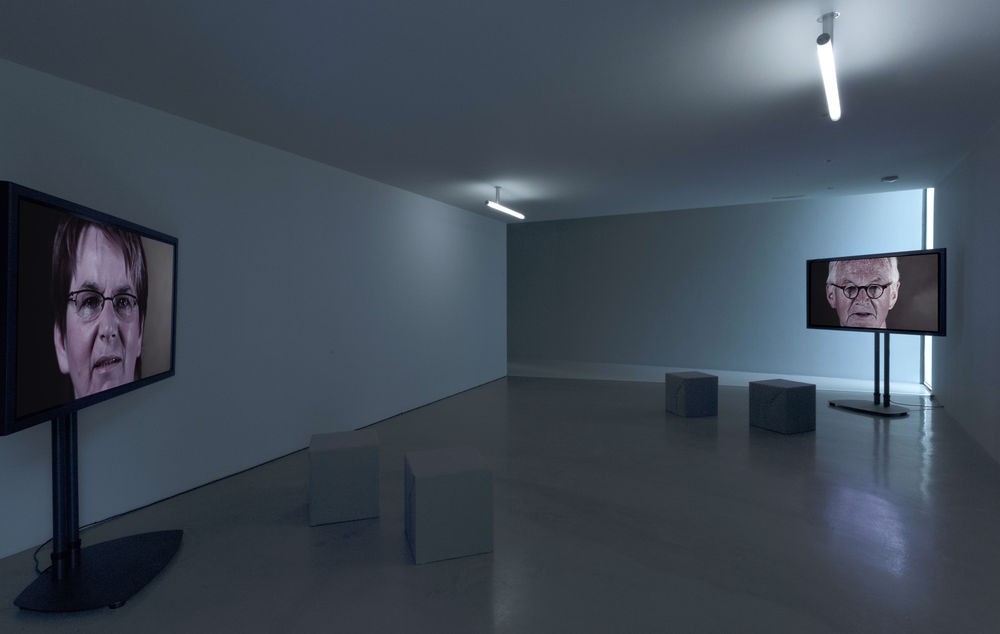 It’s all not so simple, unfortunately. Right-wing, centrist, left-wing populism, the post-factual era, disunited and manipulated societies—it feels like an apocalyptic downward spiral, but apocalyptic moods are unhelpful. Disunion is unhelpful. The fact is: What agitates some today fills others with serenity and courage. Where emerging forms of government trigger some people’s flight instincts, others believe they are represented at long last. Where elaborate critique runs out of oxygen, unheard voices swell to a new volume. But it may well be that in the end everyone will feel like they have been taken for a ride. A sharp swing to the right? Leftist resistance? The rationality of the center? Caught up in old political schemata and systems of belief, people across the mental spectrums ignite lines of conflict within the public spirit that awaken demons of antagonism.

Mario Pfeifer chose a different path. He conducted interviews with nine people, giving them the room to speak. Each is asked the same questions, each is allotted the same media space and time. The speakers remain anonymous, their functions unspecified, but the viewer quickly gathers: most of them are from Saxony, they helped found Pegida, they are a trade unionist or the mayor of a small town, a concerned businessman or a critic of Islam, a psychoanalyst or a conflict researcher. All of them earnest people who share their understandable thoughts on German society today with the camera, telling stories of their disenchantments and insights, their involvements and their hopes for society. No agitation, no populism, and instead people who speak intently and calmly.

What to make of what they say? You won’t know until you listen. Reasoned political opinion—not always easy to come by—is a genuine attainment of focused attention. To watch means to follow the speaker’s thoughts and think for yourself. For nine hours, face to face. No Like buttons, no Twitter shortcuts for arguments that take time, no rapidly tuning in and out again as you zap through (un)congenial worldviews and opinion templates. Mario Pfeifer constructs a democratic space out of the time of unabridged speech and the succession of perspectives that, in this instance, defy alignment with a simple polar antagonism. His film is a contribution to political education and the search for consensus in the face of intensifying speechlessness and isolation, at a time of increasingly brutal contentions over reality and more and more irrational dialogues.

Pfeifer’s project would seem to draw conclusions from the observation that the aspirations to greater solidarity behind leftist politics and artistic critique are manifestly losing traction and at worst even fuel rather than check processes of social disunion. Because leftists and artists tend to ignore, or fail to take seriously, what is going on beyond the islands on which their lives are lived and their beliefs widely shared? Because they champion openness and plurality of opinion but never spell out what that would mean? Because we have lost sight of the fact that a polity must listen to itself in order to work through the full extent of its internal differences and understand its potential fracture lines?

"On Fear and Education, Disenchantment and Justice, Protest and Disunion in Saxony / Germany" was commissioned by Kirsa Geiser for Mario Pfeifer’s solo exhibition at the GALERIE FÜR ZEITGENÖSSISCHE KUNST Leipzig, which closes on January 8. Pfeifer’s film will be on view indefinitely at KOW. The complete material may also be found on the projet's WEBSITE.