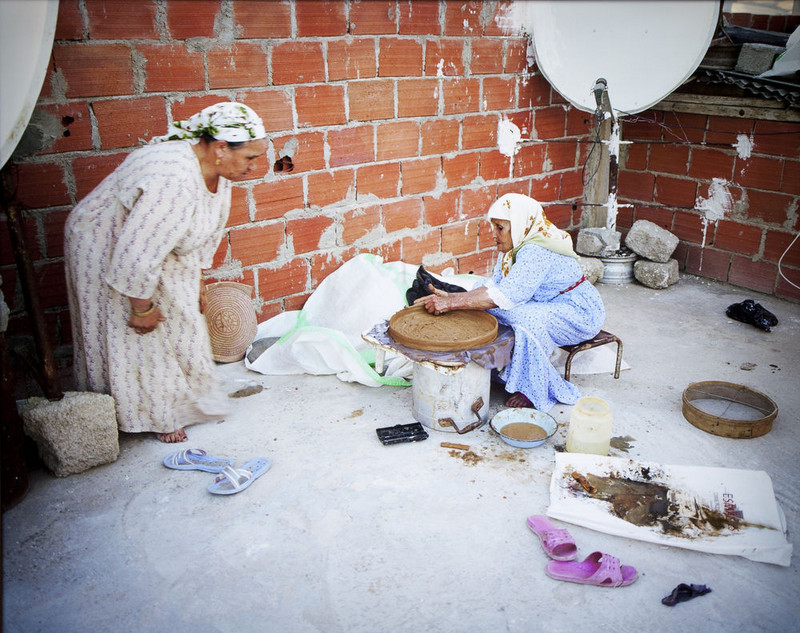 Polarization, extremes, ambivalence, day and night, fullness and emptiness, life and death, everything in the universe is bound to be separated from its contrary. And yet they all share a similarity that binds them to their paradox: their difference.

These complementary conversations tell us more about the order of things than a polarization isolating extremes.

From metaphysics to concrete thought, from universal to particular, Human Thought is moved by differences that govern things more than separate them. These differences are the cogs that keep them together

Ever since Immanuel Kant we know that Human Thought is guided by a mechanism that brings the connection between an object and any thought into the light. Letʼs take a glass, for instance. I know this empty glass is a glass, but it does not know it. And yet would I be able to think that glass within myself or within itself? No. Because I know this glass is a glass through the connection that exists between this object, the glass, and my mind. An experimental connection that takes place in a two-way dialogue... Kant names this connection “correlation”. Since then, human thought has never questioned this postulate except when giving it other adjectives, as Maurice Merleau-Ponty does in his “Phenomenology of Perception”...

What teenagers from different cultures and backgrounds see as a playground varies according to the sense of reality (space and time alike) in which the group is set, below and beyond the virtual boundary that divides the worlds in play. What is at stake at the core of these complementary conversations, like those of a football game within Roman ruins or the extermination of soldiers in an online game, is the creation of different speculative realities, but of which one loses its ground. In both cases, the possibility to think two concrete objects in themselves – the Roman arch and the virtual enemy that is nothing else but the reflection of similar adversaries connected through the digital web, is a matter of a correlative experience par excellence. The same way the philosopher Quentin Meillassoux explains, in “After Finitude”, thinking an object in itself (outside any correlation) is a necessary possibility. In a world, where the digitalization of knowledge and of the ways to access it are governed by an order of things based on binary interpretation, losing control of these ways of knowledge is a fundamental matter. If it is true that access to knowledge as it always existed is not an easy road, it turns out to be the path to a conscious or unconscious experience. Many inventions, emotions, intuitions, or revolutions have come from mistakes. Wandering through a library, books have for a long time been markers that, from a point A to a point B, guided us towards treasures. The disposition of books in a library is as much a human organization as a disorganization... When, for instance, someone does not put a book they just looked at in the right place. This is the major difference with the organization of knowledge on the Internet. Not only does a page that has just been read go back to where it belongs, but an artificial intelligence will push it towards you following algorithms that you canʼt control.

In the film “Citizen 4”, Edward Snowden is very clear about the fact that originally the Internet seemed like a huge free territory, but that it has very rapidly been taken over by holdings that have gathered, through their economical power, huge bases of billions of personal data. As soon as you use your credit card or your cell phone, you can be spied on. What would happen if after decades of global digitalization, the entire world would only use digital data? This day will come sooner or later, and future generations will be shaped through artificial intelligence. Thinking the concrete object in itself is then maybe the first and last breath of life that Human Thought screams before it disappears... (Text by Kader Attia)

Kader Attia (b. 1970, France), grew up in both Algeria and the suburbs of Paris, and uses this experience of living as a part of two cultures as a starting point to develop a dynamic practice that reflects on aesthetics and ethics of different cultures. He takes a poetic and symbolic approach to exploring the wide-ranging repercussions of Western modern cultural hegemony and colonialism on non-Western cultures, investigating identity politics of historical and colonial eras, from Tradition to Modernity, in the light of our globalized world, of which he creates a genealogy. For several years, his researches focus on the concept of Repair, as a constant in Human Nature, of which the modern Western Mind and the traditional extra-Occidental thought have always had an opposite vision. From Culture to Nature, from gender to architecture, from science to philosophy, any system of life is an infinite process of repair.

Since his first major solo show in the Democratic Republic of Congo in 1996 his works were shown in numerous major exhibitions worldwide, like at the 50th Venice Biennial (2003), the 8th Lyon Biennial (2005) or the dOCUMENTA (13) in Kassel (2012) and solo exhibitions like Square Dreams at the BALTIC Centre for Contemporary Art, Newcastle (2007), Construire, Déconstruire, Reconstruire: Le corps utopique at the Musée dʼArt Moderne de la Ville de Paris (2012), Reparatur. 5 Akte at the KW Institute for Contemporary Art, Berlin (2013), Continuum of the Repair: The Light of Jacobʼs Ladder at the BOZAR Centre for Fine Arts, Brussels (2014), Contre Nature at the Beirut Art Center, Lebanon (2014), Nature, another Culture repaired at the Middelheim Museum, Antwerpen (2014) and in group exhibitions as Contested Terrains at the Tate Modern, London (2011), 10 ans du Projet pour LʼArt Contemporain at the Centre Pompidou, Paris (2012), Performing Histories (1) at The Museum of Modern Art, New York (2012), Terms and Conditions at the Singapore Art Museum (2013), Salon der Angst at the Kunsthalle Wien, Vienna (2013), Art Histories at the MdM Salzburg (2014), Where are we now? at the 5th Marrakech Biennial, Marrakech / Morocco (2014), Whorled Explorations, curated by Jitish Kallat, at the Kochi Muziris Biennale, India (2014) and Streamlines at the Deichtorhallen Hamburg (2015).

His solo exhibition Ghost at the Museum Stiftelsen3, 14 in Bergen, Norway will be presented until June 3, 2015. More of his works will be shown also in a solo exhibition at the Musée Cantonal des Beaux-Arts in Lausanne from August 22 until 30, 2015.
www.galerie-krinzinger.at