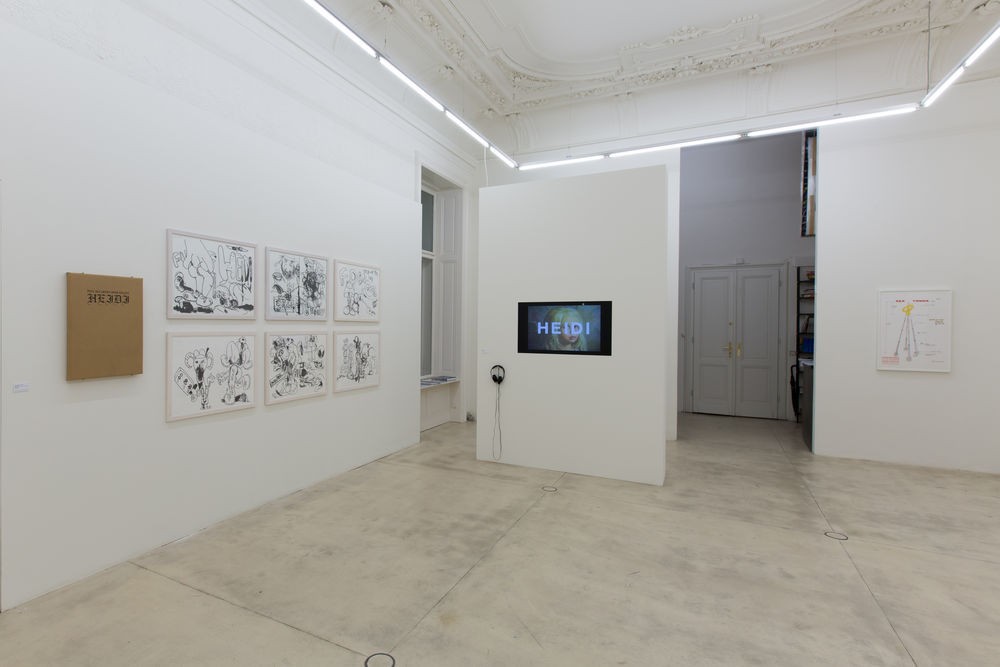 Parallel to the exhibition “Jannis Varelas”, the SHOWROOM Of Galerie Krinzinger will be showing some rare pieces from the “LAX” edition produced by “Edition Krinzinger” in 1992. The title “LAX 1992 Revisited – Chris Burden, Mike Kelley, Paul McCarthy, Raymond Pettibon, Nancy Rubins, Jim Shaw, Jeffrey Vallance and Benjamin Weissman” names all the artists who were featured in the 1992 show.

The still young artists from Los Angeles were able to show their work at the Galerie Krinzinger following a long period of preparation. The exhibition ended up receiving a lot international acclaim. One of the most renowned newspapers at the time wrote that this show, along with its symposium of several days, posed real competition for any museum. A huge amount of time and effort went into making it possible and the impact of the exhibition was nothing short of legendary.

The editions were produced alongside this historical exhibition with the title LAX, that is to say while the artists were actually in Vienna. One reason it was decided to select these rare pieces from the collection was that Jannis Varelas spends a considerable part of the year living and working in Los Angeles. He may well be influenced by these West Coast artists who now themselves have become big names in the international art scene. The Galerie Krinzinger is happy to be able to offer the few still available editions.

Paul McCarthy and Mike Kelley produced the video “Heidi”, a “Al(m)(p)traum-Märchen” (an alpine dreamy/nightmarish tale) which reflects some of the alpine references of Austria to the Swiss homeland of the little mountain lass. McCarthy has added a silkscreen artist’s book in black and white to the colorful frolicking on the mountain. In addition, the large-format offset print “Redheads” was a produced, in which a poignantly polarizing puppet is presenting a grotesque red-haired mummy. Nancy Rubins let herself be inspired by the city’s famous cafés in making her own “cake paintings” in the most literal sense of the word. The cakes from 1992, framed behind glass, are memories of this sweet stay. In the meantime Jeffrey Vallance succumbed to the charm, the pathos of the city’s long history, the Catholicism and treasury of the Austrian monarchy. A silkscreen/print of the face was created based on a legend of Saint Veronica. A real ‘vera icon’ on delicate material. Lari Pittman designed a timer//chronometer that raises questions. A sentence says “This way out” and only shows the 69 as a figure. Raymond Pettibon, the great graphic designer of comic represented with two highly valuable etchings, is also featured in the retrospective. Benjamin Weissman and Jin Shaw both work together; they have merged Salvador Dalí and the comic Gleason and in the background a further level opens up to the viewer. Chris Burden – of whose work no special edition was produced – is presented by Krinzinger with additional prints of a bridge, a model set and an artist’s book.

The LAX edition in an appealing, elaborate cardboard case, already an art object in itself, has been adorned with works by the artists in various versions. For the exhibition small catalogues of the artists were created some of which are already valuable collector’s items. The catalogues come complemented by the original LAX exhibition poster, posters by Chris Burden and Paul McCarthy (signed and unsigned).
www.galerie-krinzinger.at