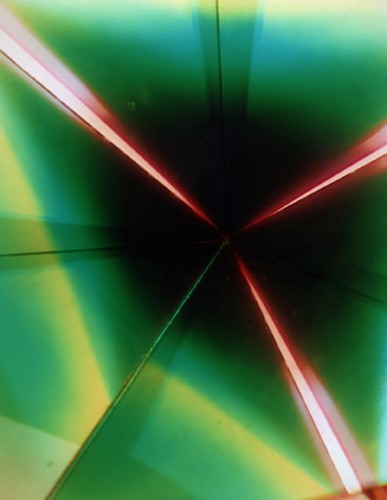 'Correspondences' is a series of five discrete two-person exhibitions that each takes the form of a cross-generational 'conversation' between artists and artworks. Over the past decade or so, inter-generational approaches to exhibition making have become more widespread. (Catherine David's influential Documenta X in 1997 was perhaps a defining moment, in which she introduced a series of idiosyncratic historical artistic positions into her exhibition through what she termed 'retro-perspectives.') Since then both artists and curators have accelerated and amplified this dialogue, seeking to establish and explore a more complex lineage (and progeny) for current artistic production.

The five individual exhibitions that comprise 'Correspondences' differ significantly from one another. Variously they consider photography's self-reflexive and mimetic dimension (Janice Guy and Anne Collier); the impact and legacy of the modernist project on post-war American photography (Jan Groover and Eileen Quinlan); the formal and psychological rupture inherent in collage (Rita Ackermann and John Stezaker); the figure of the artist as performer and the artwork as a form of performative document (Karl Holmqvist and Christopher Knowles); and the everyday poetics of a kind of informal formalism (Noam Rappaport and B. Wurtz.)

The ten artists in 'Correspondences' do not represent a tendency or movement. Distinguished by age, experience, and intentions their works have evolved independently and have been produced in highly specific contexts. Each exhibition - each pairing or juxtaposition - privileges points of departure as much as shared concerns. The intention ultimately is not to establish a form of equivalence, rather the hope is that in considering the spaces between each artist and work -differences informed by the individual artist's origins and intentions - a new conversation might emerge. 'Correspondences' - as the exhibition's title suggests - is intended as an unfolding and ongoing exchange, one that underscores the persistent flux in which ideas both emerge and evolve.