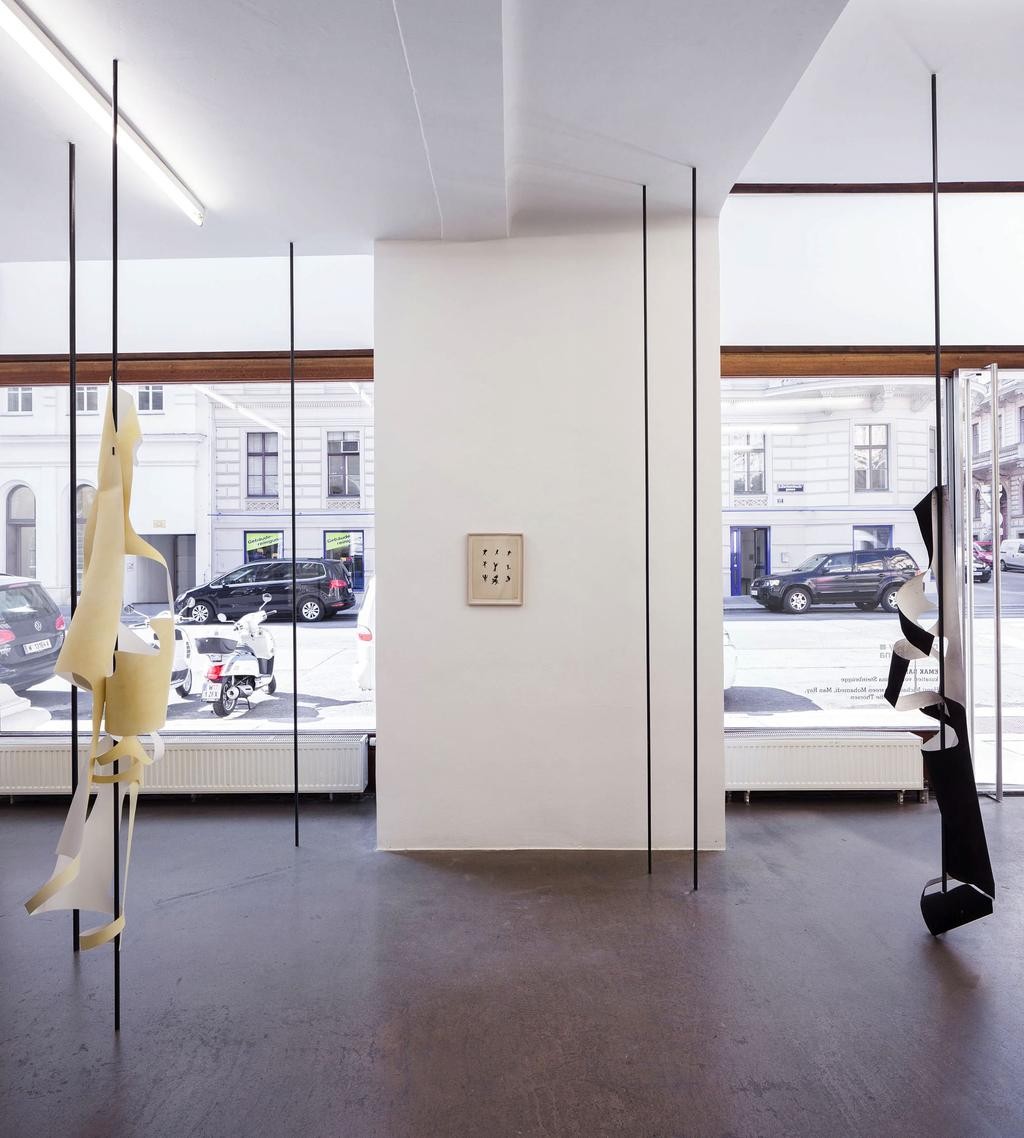 “Every line is the axis of the world”
Novalis

In the late 1990s Stefan Germer wrote that art does not develop from novelty, only from thinking through history, its possibilities and conditions.1) Modernism’s formal creation vocabulary has undergone continuous changes in the course of the 20th and 21st centuries, growing into new directions and being linked with other discourses. In a time in which many principles of creation have exhausted themselves in rather redundant formalisms, the exhibition aims at examining the significance of the formal based on historical as well as contemporary positions.

Man Ray’s work of filmic abstraction Emak Bakia (1926) serves as the exhibition’s point of departure. Emak Bakia is a Basque expression and means something along the lines of “Leave us alone”. Man Ray drafted the film as “a pause for reflection on the contemporary situation of cinema”. Interestingly, the work starts out strictly formal before it translates the formal into surreal worlds, which is also what Henri Michaux’s works are all about. Michaux’s many journeys into a different reality serve to explore the impossible. Between late 1954 and 1959 he experimented with mescaline under medical supervision to expand the boundaries of his own perception. The resulting “mescaline drawings” show initially jittery, blurred characters that later develop into vibrant, dense lines and highly dynamic surfaces. By contrast, Nasreen Mohamedi’s approach towards abstraction is based on Kazimir Malevich’s utopian ideals, expanding the boundaries of Western art history. Deeply rooted in South-Asian art, his work examines Western modernism and enhances it by the lyricism of Rilke and Camus, Indian classical music and the architecture of the city of Chandigarh. The contemporary positions of Sofie Thorsen and Haleh Redjaian reassemble the grammar of modernism once again, somewhere between the universal form of the line and that of a cultural and globalized transfer.

Bettina Steinbrügge
(*1970 in Ostercappeln, Germany) is the Director of the Hamburg Kunstverein.

With thanks to all lenders and artists for supporting the project.
www.galeriekrobath.at