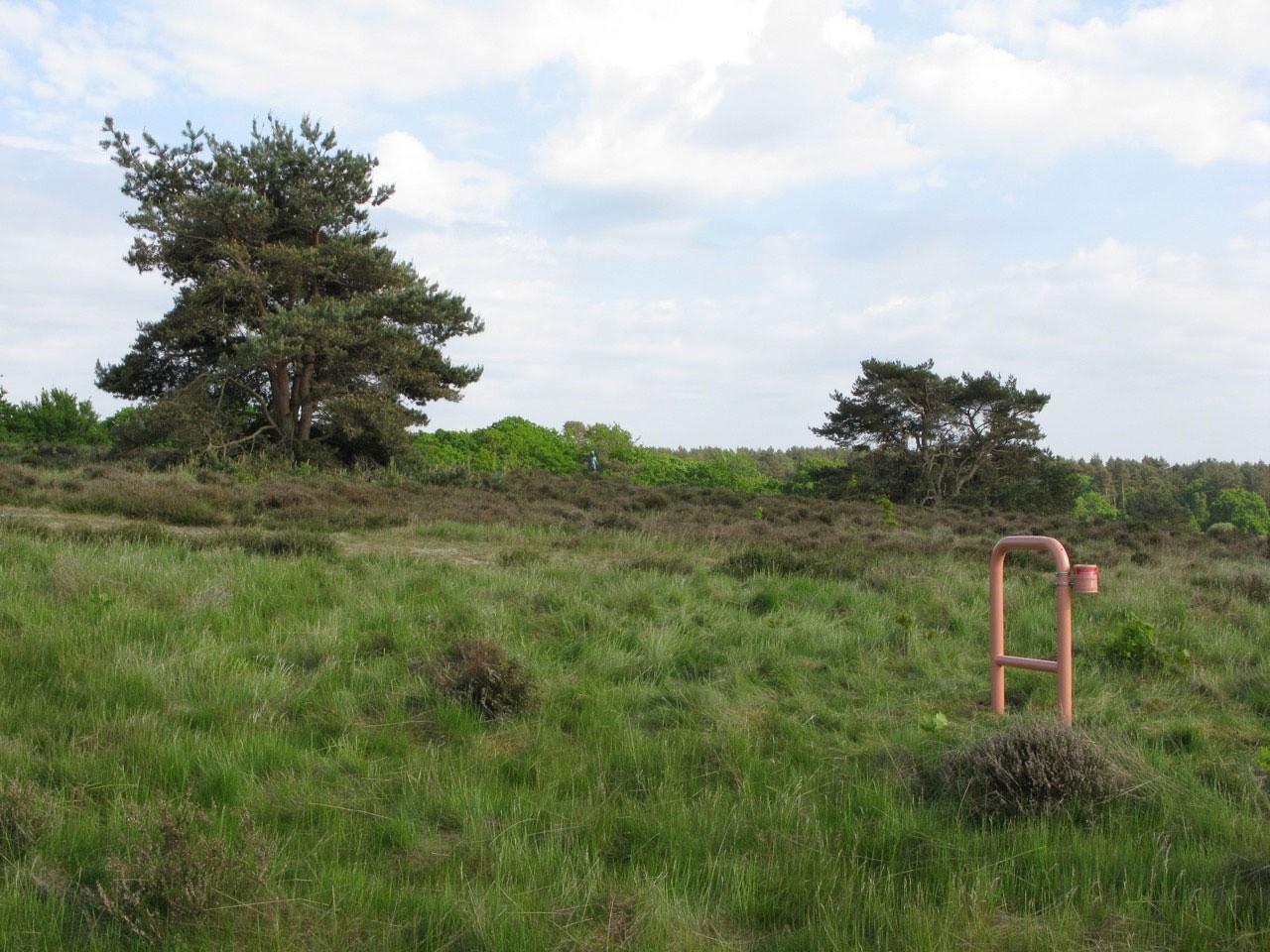 In the exhibition Women and Space, Mirjam Thomann presents the third version of her reconstruction of the display architecture by the Italo-Brasilian architect Lina Bo Bardi. The “easel panels” designed by Bo Bardi for the São Paulo Museum of Art in the 1960s consist of concrete cubes holding vertical glass panels. The glass panels habe been used as exhibition surface for the museum’s collection paintings. In her work Aufstellung (2010), Thomann referred to this historic display architecture for the first time and combined it with mirrors, canvas covers and panels painted in monochrome colours from a colour palette of the US fashion designer Ralph Lauren. Another version of the work, entitled Aufstellung (Tennisplatz), was presented outdoors in 2011 during an exhibition of the Westfälischer Kunstverein in Münster. The works presented at Krobath, entitled Aufstellung (Women and Space), part 1-5, 2010/2015, comprise five displays. The colours Exposed, Trophy, Studio Purple, Studio Cream and Artist Grey from the Ralph Lauren Lifestyle colour palette were directly applied on the glass and mirror panes, and the cubes have been extended or replaced by concrete fills.

The series of photographs titled "I Had The Key But Not The Key, part 1–6", 2015/16 is the documentation of the work with the same title, which Mirjam Thomann realised in 2015 during her scholarship residency at the Mackey Apartments in Los Angeles. It consists of three so-called “window splashes” which, directly commissioned by the artist herself, were painted by John King of King Sign & Graphics, West Hollywood, on the windows of the apartment where she lived and worked during her six-month residency. For the “window splashes” King, who usually paints advertising on shop windows, used conventional, neon-coloured advertising signs like arrows and ticks and combined them with a colour palette based on the interior design of the Mackey Apartments. The transition of the colours from light gray to turquoise to orange refers to the order of colours in the apartments, from the basement to the penthouse, in the house built by Rudolph Schindler in the 1930s.

Three versions of Women and Space, 2016, a framed black-and-white copy of a page from a book, are presented in this exhibition, arranged around the room.
_____________

All artistic actions are based on premises. The tradition of a medium, the knowledge of a generation, the training to become an artist, the canon of a milieu, the conditions of an institution, the specifications of a spatial situation, the power relations in the business: They are what precede artistic decisions and on which these decisions are based, and they have been understood and treated as a matter of course for such a long time that they are regarded, at best, as implicitly significant, as inaccessible determinants, as a structure. [...]

Mirjam Thomann quite decidedly shares this historically evolved attentiveness toward what is at hand and must be presupposed. The circumstances one encounters on the path to a new project, a new piece, are no longer eliminated but newly configured, arranged, staged, and supplemented. In the process, her artistic practice effectively draws—consciously or not—from the etymology of “premise.” In the sense of argumentative logic, a premise is the precondition from which a conclusion is drawn. But “premise” also has juridical meanings. It denotes a passage previously mentioned in a document, for example, or “a basis, stated or assumed, on which reasoning proceeds”—the instance to which juridical argumentation refers in order to gain plausibility.

Apart from this logical-juridical dimension and depending on the context, “premise” can also mean a piece of land along with the building(s) on it, or just a section of a building. In this additional, architectural-spatial sense, the term “premise” attains a special explanatory power with Mirjam Thomann. The artist grasps architectural-spatial givens, “premises,” as a material and a challenge. Keeping them in mind, the decision is made as to what can be done, when, and in which way. In other words, potentiality lies waiting in that which is given. It is the frame of preconditions. To look at it, to turn to it, to turn it around, to enter it, are potential actions. The given circumstances reveal themselves in their quality of being able to do something with them, to reread them, to overwrite them. Hence, “premises” would exist to be filled and expanded with situations, with what is unexpected, with people, too; they would be there to be activated instead of “staged.” The addition or withdrawal of information increases the comprehensibility of the conditions. To recognize history as a condition of current action arouses political interest. The white cube—against all assertions to the contrary—is never what it is supposed to be. In deviating from modernist exhibition bodies, gaps open up to correct the experience that makes it an aesthetic one. [...]

[But] the seriousness of the examination of what is at hand corresponds not only in this case with a playful mixture of reverence and irreverance that at times tends to become unserious. The premises are estimated and esteemed. Thomann’s interested attention always also has an eye for weaknesses and unused potentials.
www.galeriekrobath.at