A plea for deceleration 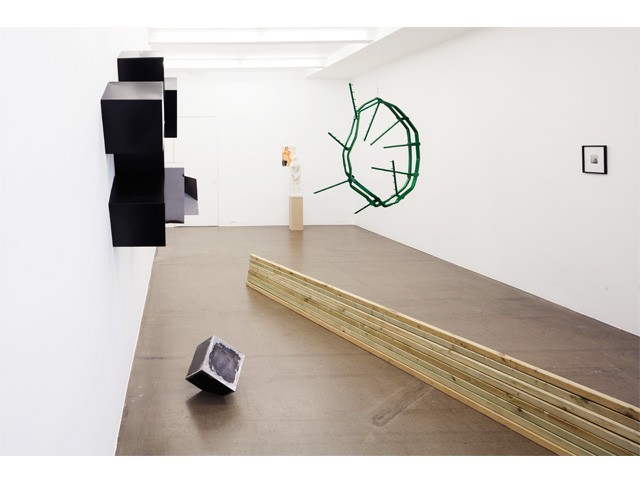 
In his essay “Notes on Sculpture” (1966) Robert Morris pointedly referred to the significance of autonomy and form in the context of contemporary sculpture. The artist advocated sculpture that turns the form itself into its theme, eliminating any painterly elements such as colours.

In addition, Morris also closely examined the circumstances of perception, referring to a publication by the French philosopher Maurice Merleau-Ponty entitled “Phenomenology of Perception” (English version available since 1962), which became a key text for the minimalists of that time. According to Merleau-Ponty, reality is not absolute but rather depends on the various and sometimes even random factors of perception, which cause constant changes to or different manifestations of reality.

The ideas developed by Robert Morris are still relevant and highly topical for today’s younger generation of artists. The focus, however, has shifted from the object to the subject, from perception of the form to perception of individuals in society. These young sculptors counter the volatility and flurry of modern life with the marked physical presence of their sculptures.

The works of Martin Boyce, Martin Creed, Dominik Lang, Monika Sosnowska, Katja Strunz and Tatiana Trouvé are deeply rooted in the present. The radical style and the bulky materiality of their works eliminates all traces of playfulness and creates situations that can only be described as physical and psychological confrontations.

Their works thus deliberately evade quick consumption and the superficial utilisation mechanisms of the progressively commercialised art market. Their sophisticated response to our increasingly fast-paced industrial society is to slow down and explore the “conditio humana”. The act of slowing down thus becomes key to finding the adequate pace for humans to engage with themselves and their environment.