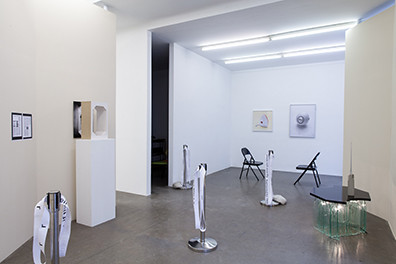 curated by_Vienna 2014: The Century of the Bed

An essential characteristic of the bed, one might say, is its ambivalent shifting between personal and collective architecture. More than any other piece of furniture, and beyond its manifest form, it marks out a space that oscillates between the mediality of a societal stage and the notion of an inviolable refuge.

When, over the courseof The Century of the Bed, these relationships become shifted, with the bed’s architecture increasingly taken over and structured by a logic that focusses in particular on the regulation of the self, then the following questions arise: How to deal with this predominance, even within art, of looking at the bed (rather than from the bed)? How to transpose the motif in a way that addresses these conflicting qualities?

The exhibition sets a number of works in relation to one another that use various strategies to both reflect on and counteract these conceptual and experiential shifts—between presence and absence, corporeality and disembodiment, mobility and immobility, withdrawal and involvement—as elements of an architecture. Here the focus lies on the web of relations between these poles and on observing the ways one form always speaks through another.

In “Mein Schlafzimmer in Prag” (My Bedroom in Prague, 1993), for example, Dorit Margreiter refers to Adolf Loos’s “Schlafzimmer für meine Frau” (Bedroom for My Wife, 1903). Contrary to his view that interior spaces could only be experienced directly, this room was selected by Loos as one of a few works to circulate publicaly as a photographic reproduction. Margreiter relates this paradox to the requirement that her Prague guest apartment be transformed into publicly accessible exhibition space during her stay. To fufil this demand – to become public –, she installed a teleportation booth in the entryway to the apartment. Appearing in this booth was the photograph of a person — a silhouette taken against the light — whose presence thematizes import and export relations, as well as subjectivity and the role of the viewer.

Rike Frank is a curator who lives in Berlin and teaches exhibition studies at the Academy of Fine Arts in Oslo.