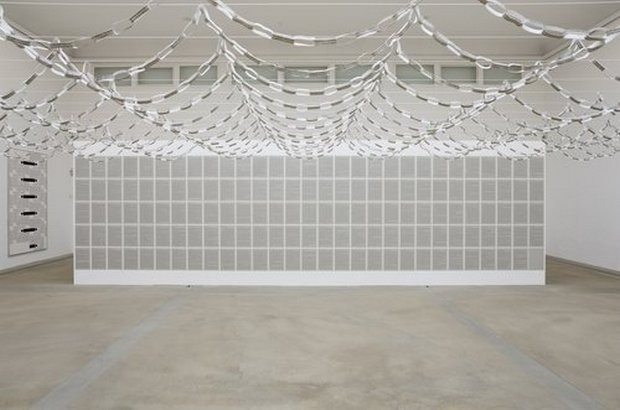 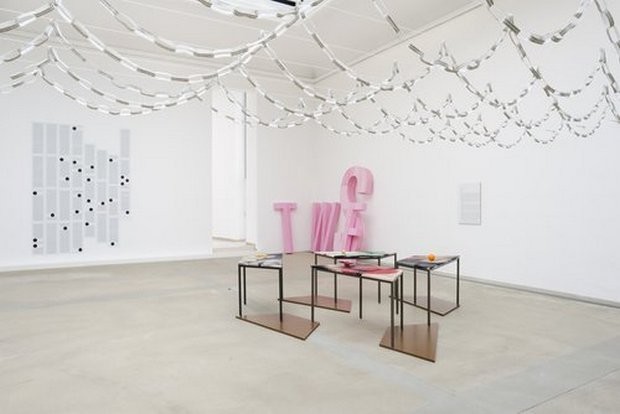 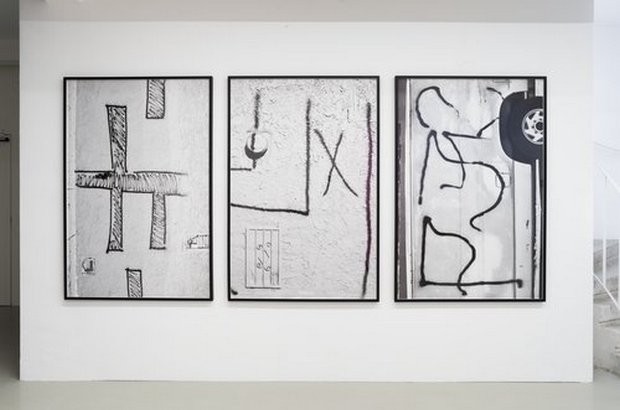 "Poetry resists false linkages ... Both conventional narrative strategies and the mimesis of visual description are inadequate to the demands of contemporary experience ... Resisting false linkages while discovering, recovering, uncovering new ones, poets might help sweep the linguistic path of its polluting and coercive narratives, helping us to re-perceive our world and each other with efficacy, compassion, humor, and mutual regard."
Ann Lauterbach

As indicated by its title, the exhibition "Sighs Trapped by Liars – Language in Art" is dedicated to the intriguingly tense relationship of language to art. As much as this relationship is also a productive one that has evolved over a long period of time, twentieth-century avant-garde artists increasingly questioned it and tested it through experimentation. From the Futurists to the Dadaists, the Surrealists or the Lettrists, overcoming syntax has always been a popular method of revealing the effects of language or to raise awareness of the problems involved in its representational character. In Conceptual Art of the 1960s and 1970s the role of language became even more influential, as it not only frequently became the sole object of the artistic exploration, but also a successfully independent succeeded medium for the practice of art. From then on work of art could consist exclusively of ideas expressed through language. Parallel to manifestos and statements, increased numbers of texts were distributed and utilized as documentation, writing accompanied performances, and scripts containing directions for action also appeared. At the same time artists wrote more about their own art, their colleagues, or about the visual arts in general. As digitalization continues to add exponentially more possibilities for writing, authors such as Kenneth Goldsmith ("Uncreative Writing") are even talking about the re-invention of language, welcoming the mechanization of creating meaning and the examinations of creativity, identity, and authorship that go with it.

Taking its title from a piece by the group of artists Art & Language (known for their linguistically analytical concept of art, but represented by another work in this show), "Sighs Trapped by Liars – Language in Art" investigates these types of current issues from the perspective of the poetic and its transformation, while simultaneously focusing on its productive breaks in analog visuals.

Aside from pioneers of the 1960s, such as Alison Knowles and Nanni Balestrini, who introduced the computer as an essential artistic element into their poetic productions long before the ubiquitous digitalization of the everyday, this extensive show gathers presentations of language-related materials in the smallest common denominators, signs, and individual components (Shannon Ebner, Heinrich Dunst, Georg Oberhumer), using only re-organized graphics and shifting visuals to open up massive amounts of room to play with interpretations of classic texts, as is the case with the artistic contributions by Natalie Czech (Guillaume Apollinaire), Michael Riedel (Sigmund Freud), and Isabella Kohlhuber (Ludwig Wittgenstein). The exhibition also features new works by the artists Isabella Kohlhuber and Sue Tompkins, as well as historical works, such as Ewa Partum’s video "Active Poetry," which scatters letters cut out from paper to depict activating relationships outside of text. There is also the exemplary "In girum imus nocte et consumimur igni" (We wander around in a circle at night and are consumed by fire), which alludes to the meaning of the palindrome; and the partially blackened neon piece by the Welsh artist Cerith Wyn Evans. All of the works in the show are united by the fact that they include the special traps involved in presenting the linguistic/poetical, as already sketched out in "Sighs Trapped by Liars." The following typifying questions constitute the exhibition, while also keeping it open-ended: In this context, what kinds of works trace a history of the artistic, poetic experiment, and how are they materialized in media these days? Which works start with the media distortion of writing itself, while aiming for a practice that is both poetic and visual? And what exactly changes when words are exposed to the visual spheres of the art world?
www.km-k.at