Yes, but is it performable?

Investigations on the Performative Parado 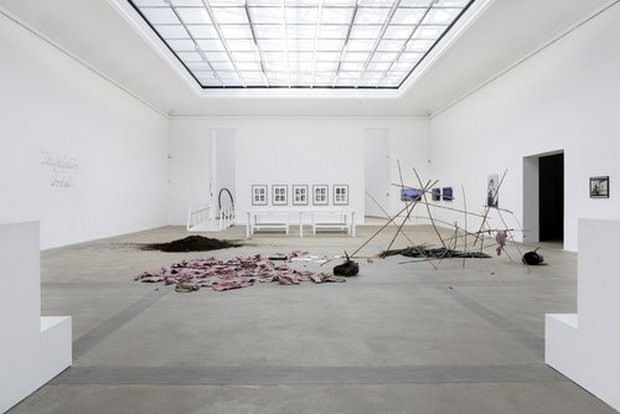 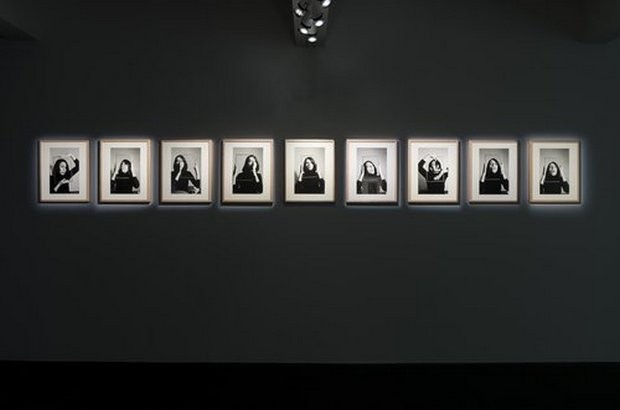 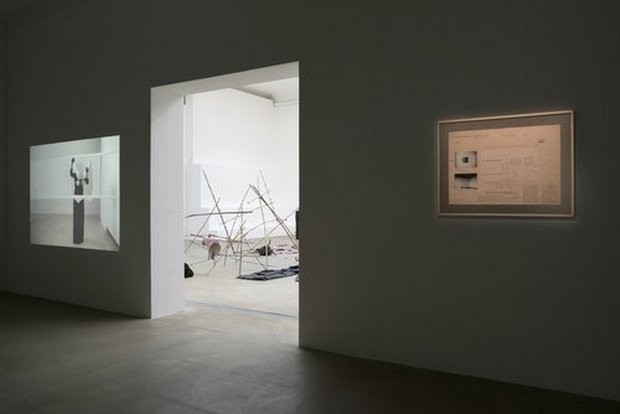 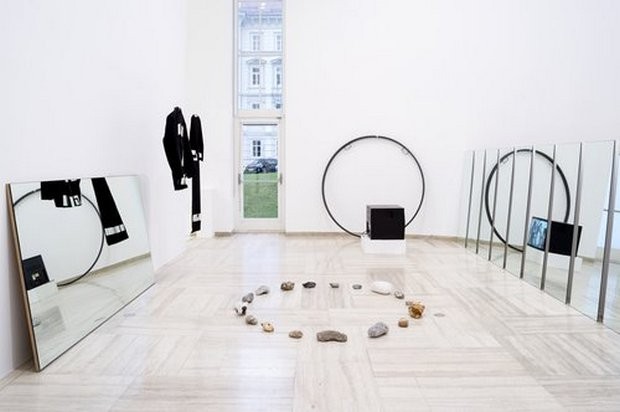 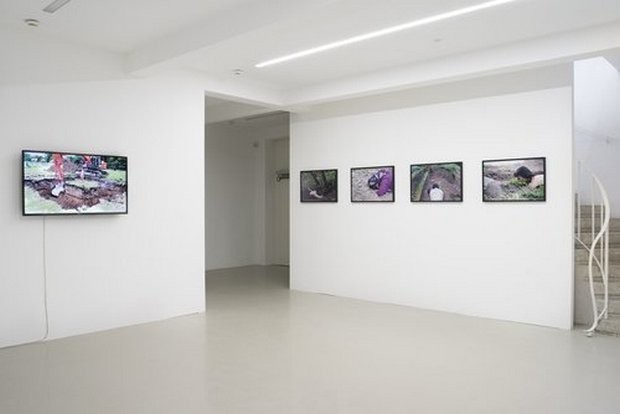 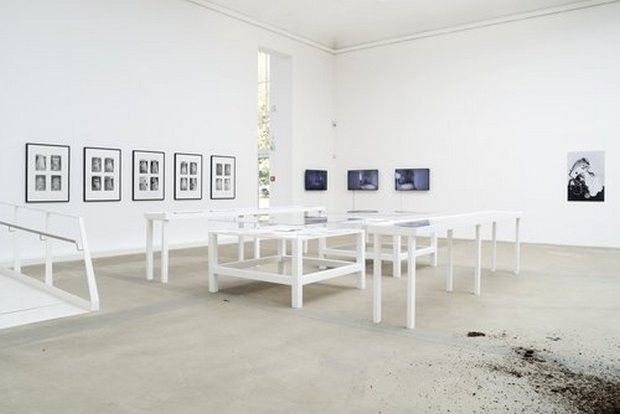 “The most immediate art form, which aspires to the immediacy of political action itself. Ideally, performance means getting down to the bare bones of aesthetic communication—artist/selfconfronting audience/society.”
– Lucy Lippard (1981)

The Künstlerhaus, Halle für Kunst & Medien is very pleased to announce the group exhibition "Yes, but is it Performable? Investigating the Performative Paradox", as part of this year’s steirisches herbst. The Künstlerhaus has invited artists to come to Graz and devote themselves to various examinations of current issues revolving around the performative. On two floors, recent works of art will be shown in a motivating dialogue with important historical works.

This elaborate experiment will be in a continual state of development, beginning with the opening performance "Borders, Bowels" by Sarah Mendelsohn and Fred Schmidt-Arenales. Throughout the festival, two to three works will be added to the exhibit every Wednesday, while the live settings and objects for all of the performances will also remain in the exhibition space after they have taken place. Not until the last of the four openings, on October 12, will the exhibition be complete. From then on, no further changes will be made to it.
Whether it’s an ensemble of clothing, mirrors, and a video of the 1969 mirror performance by the American performance and video artist Joan Jonas, a concept paper on the piece "I AM BEATEN" (1973) by VALIE EXPORT, or preliminary studies and video documentation of performances by Renate Bertlmann, "Yes, but is it Performable? Investigating the Performative Paradox" will use various examples from different phases of a performance’s development to persistently question the ability to separate the artist from the work. At the same time, it presents performance as a temporal, singular articulation of details in all of their ephemeral effects, both “artificial” and “real.”
The media employed in the performances, as well as their documentation, are also part of the investigations into the nature of the performative, as well as the perennial question of whether, in a performance situation, the supposed binary relationship between the active (performer) versus passive (audience) determines a performance, or if it may perhaps instead help to overcome it.

In the same way, do the audience’s after-performance discussions continue contributing to the reception of its contents and function, while also maintaining a sense of vivacity inside the exhibition space.
Stuart Brisley's photographic documentation of his piece "12 Days" (1975) will be part of the exhibition, and for the first time, written commentary produced by students from Rottweil, who were invited to participate as part of a school project during the show in 1975. These comments range from instinctive rejection to glowing defense of the artist and his artistic practice.
Katalin Ladik’s and Alex Mlynárčik’s work deals with artists whose practices have always been influenced by shifts in cultural maps—the leitmotif of this year’s steirischer herbst.
In addition, the newly rediscovered works by the radical performer Katalin Ladik also belong to the former Yugoslavian and Hungarian feminist avant-garde. The artist's major video piece, "Poemim" (1980), the photo series "Pseudopresence" (1972), and other items will be presented in the show.
With "Tag der Freude" (1971), a filmed document of a Happening-like action, Alex Mlynárčiks makes use of numerous participants in a work that shows one of his reality-expanding fusions of art and life, which are achieved in remarkable ways without significantly changing, influencing, or adapting things or the surrounding environment.

Besides a few other, simple means, the artist Regina José Galindo primarily uses her own body in her actionist performances, taking it to the boundaries of the performative addressed in the show’s title. In the process she exposes herself to extreme situations, where the physical and mental pressure is also palpable in the documentation of these situations; it can especially be imagined in her two videos, "Caparazón" (2010) and "Tierra" (2013).

Starting with the life and work of the artist Gina Pane, Stefanie Seibold’s archival installation examines various kinds of social performativity and possible ways of transforming it. Through appropriation and re-stagings, the artist demonstrates that performance and the history of performance form a space for potential artistic investigations and active re-interpretations, while also questioning its inherent cases of mythologizing.
In this ongoing series of shows, the performances conceived and given by Sarah Mendelsohn / Fred Schmidt-Arenales, Karl Karner / Linda Samaraweerová, Nezaket Ekici, and, finally, Marie Karlberg, urgently convey performance’s timeless, key attraction for artists of every generation as an immediate vehicle for ideas and action.
Lippard, L. (1981, March 25). “The Angry Month of March.” The Village Voice, p. 91.