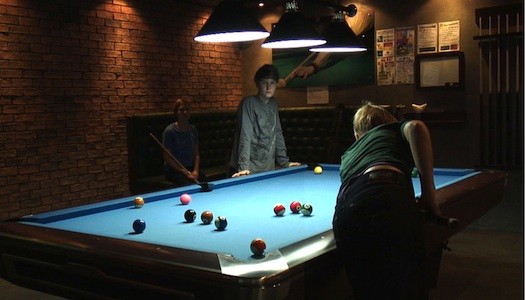 On the occasion of its 35th anniversary, Künstlerhaus Stuttgart presents a dual exhibition; Apparatus Criticus & Locus as well as Footnotes, a satellite show in collaboration with the project space, Lotte. The exhibitions have been researched, developed and installed through conversations, responses and feedback of two curatorial practices during an ongoing process.

Initially, Apparatus Criticus intends to operate as a conceptual tool to investigate contemporary forms of critical distance and how diverse artistic languages approach their subjects. Critical apparatus, or apparatus criticus in Latin, refers to a collection of notes, variant readings, and other matter accompanying a printed text, and positions exhibition making as an open script in relation to the practice of process-based writing. Questioning potential relationships between the artworks, which call each other at contextual, conceptual, and critical levels of association, the exhibition aims to analyze artistic practices and how they define their critical distance to content, subjects and choices of material in accordance with their identities, positions or situations. Metaphorically speaking, Apparatus Criticus takes the exhibition form as primary source material that accompanies an edition of a text, and experiments with the possibility of developing a grammatical form of exhibition through several strategies, borrowed from textual criticism. Making an exhibition becomes no different than reading an exhibition whereas the variants of an exhibition or a text such as location, edition, source, subjects, and footnotes are visible during its presentation.

Parallel to this exhibition process, Locus appeared as a responsive idea to Apparatus Criticus. Locus is an exhibition which studies how responsiveness takes form and position through artworks. Locus is ‘a place where things are found,’ a point of reference, which delineates the relationships among responsive acts and propositions.
As an allegory of exhibition space, Locus attempts to arouse curiosity in an audience through the artworks and provoke imagination of the possible scenarios, which the artworks have already responded to. Not much different from living things, artworks tend to reflect on numerous subject-matters of everyday life, and they are often developed in response to specific situations including those which are emotional, natural, political and social. With this in mind, Locus is a survey of reaction as it is embodied in the artistic positions derived from diverse references. While investigating degrees of criticality and parallel readings among exhibited works, Locus responds to traumas of destruction, utopias, curious narratives of the ‘hidden-in-history,’ politics and the sociability of nature.
While Apparatus Criticus & Locus are simultaneously on view within the exhibition space of Künstlerhaus Stutgart, prescribing a parallel reading as dual exhibitions, Footnotes at Lotte reveals the research process through artworks, drawings, sketches, references and footnotes. These exhibitions not only create two independent conceptual entities, but also form a monolith exhibition space, which proposes a cohesion of exhibition-making, curating and working with artists.