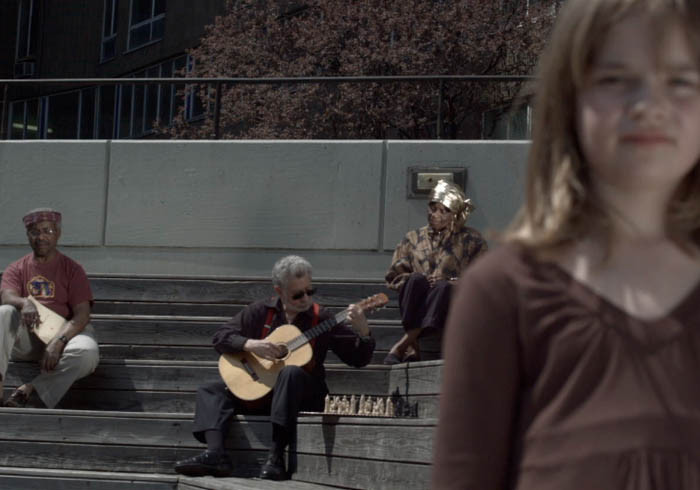 Framed by a new publication by British artist Beatrice Gibson and editor and typographer Will Holder, the exhibition “The Tiger’s Mind” is the first solo presentation of Gibson’s work outside of the UK.

Investigating the utterances that form people and place, Gibson’s films explore voice, speech, collective production and their representation. Referencing experimental music, and employing the logic of the graphic score, their production processes are often orientated around open-ended structures which are, to varying degrees, given over to a collective apparatus. Through the gathering together of disparate social bodies and the structured production of speech, Gibson’s subjects and their voices are meticulously recorded and dislocated, scripted, reassigned and re-staged. Highly aestheticized, fiction also plays a crucial role in the film’s formal construction, at the level of both production and reception – whether deployed as a social motivator, editorial principle, self-reflexive device or as a means to effect a shift in meaning and perception.

Besides three existing films, a new work, commissioned and co-produced by Künstlerhaus Stuttgart, forms the departure point for the show. Conceived as the first chapter to the publication “The Tiger’s Mind”, which will be produced during the timeframe of the exhibition in an evolving process, six practitioners (John Tilbury, Alex Waterman, Celine Condorelli, Jesse Ash, Christoph Keller, and Axel Wieder) have been invited to the Künstlerhaus to have a public conversation in the space, scored by Cornelius Cardew’s 1967 improvisational composition of the same name. Employing the score as an organizational device for voices, the topic of the conversation will be its own production, reflecting on the relation between artist and audience, the meaning of interpretation, and the capacity of text and image to activate thinking and participation. The resulting publication will explore the transposition of speech into printed matter and the critical potential of experimental notation.

For the exhibition, the preface of “The Tiger’s Mind” has been published, featuring a text by Beatrice Gibson, Will Holder and JohnTilbury. The second part will be published in December 2010.