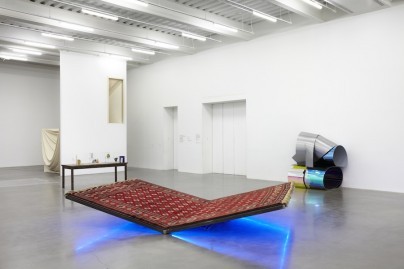 The series of Artistic Dialogues, initiated in 2011, is coming to an end in a final episode. The series is comprised several solo-exhibition, which take place in simultaneous or in shifting positions, involving and activate the two exhibition-floors at Künstlerhaus. The artist for the finale are well-known: Cevdet Erek exhibited at dOCUMENTA (13) and was the winner of the Nam June Paik award in 2012.
www.kuenstlerhaus.de