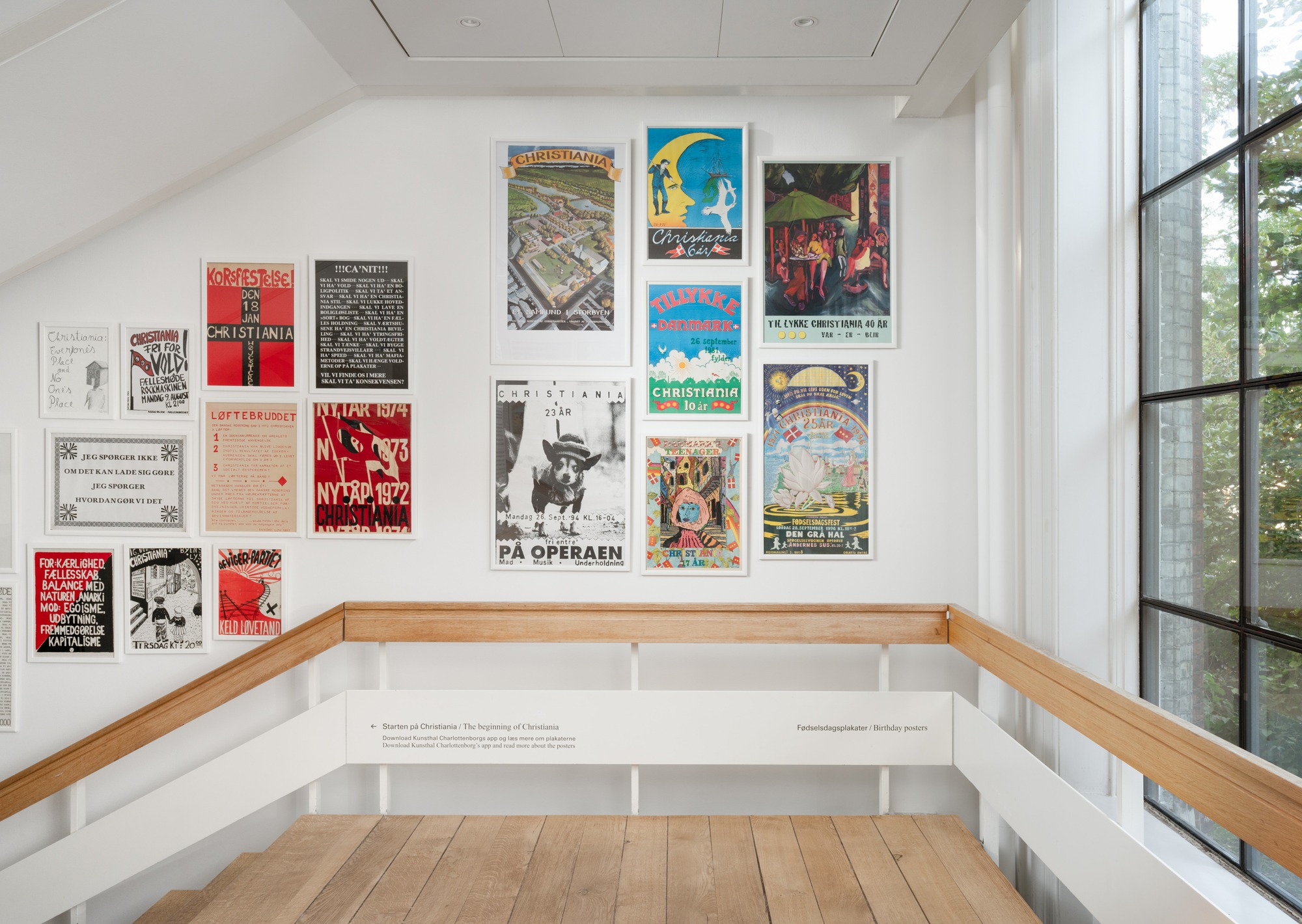 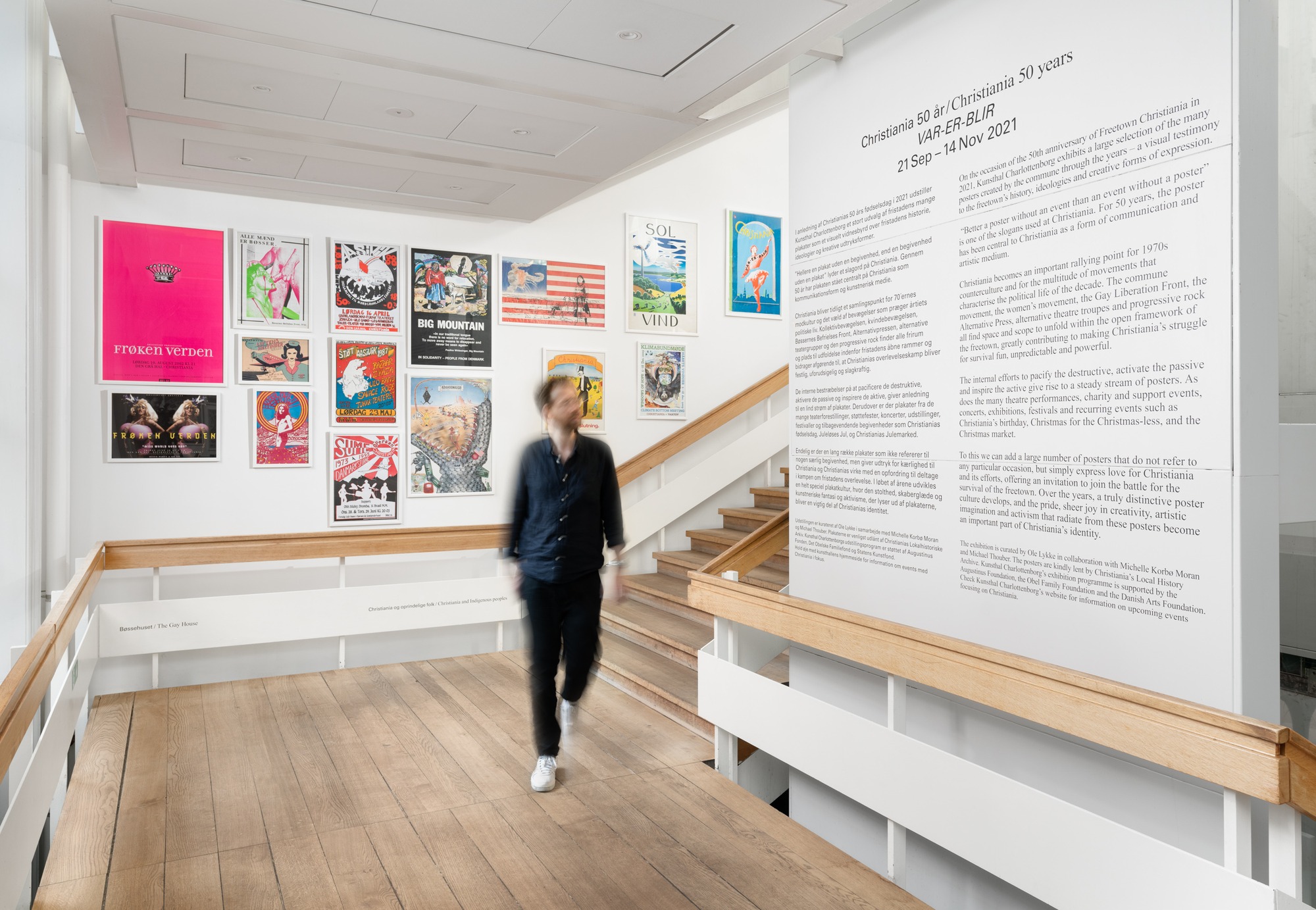 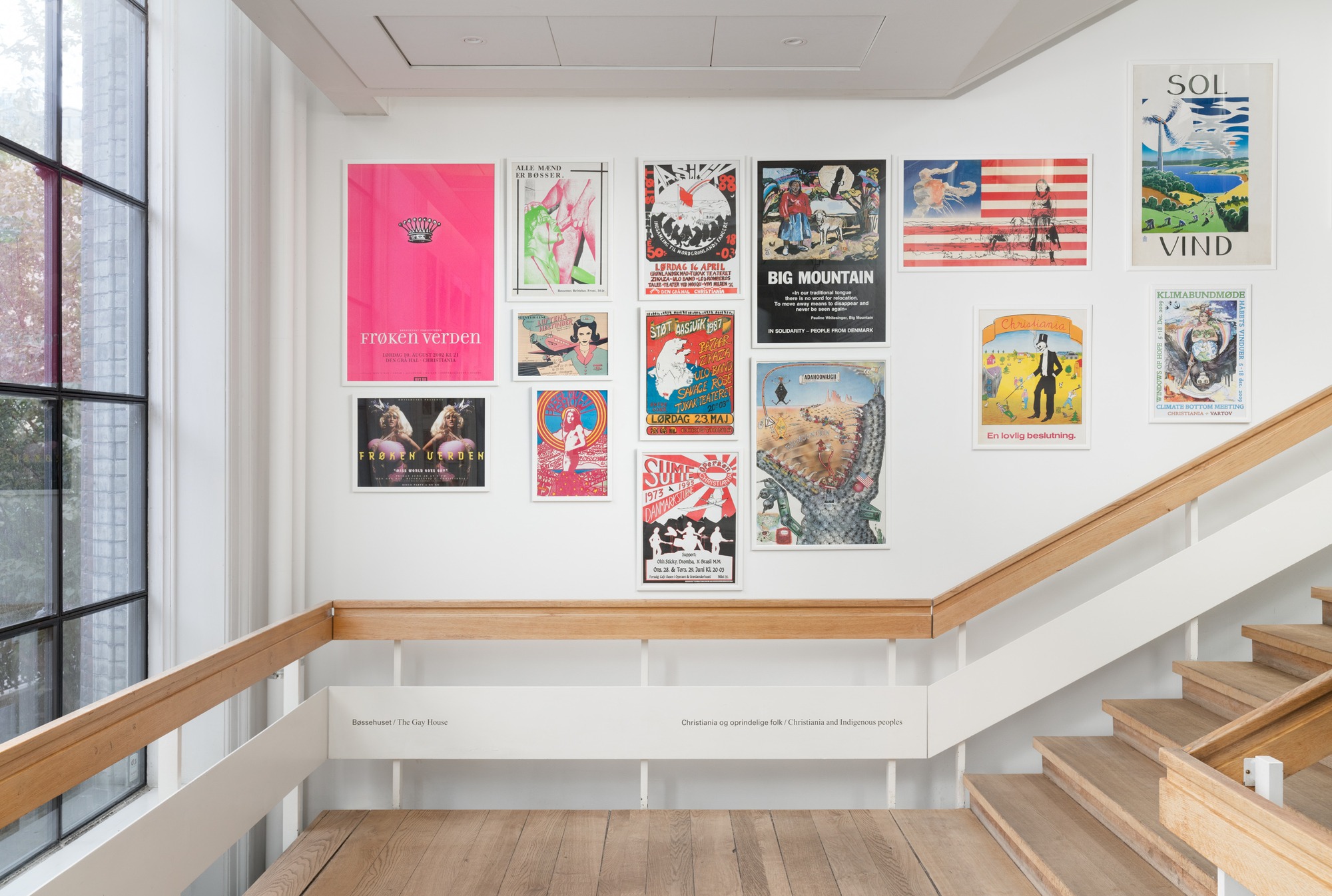 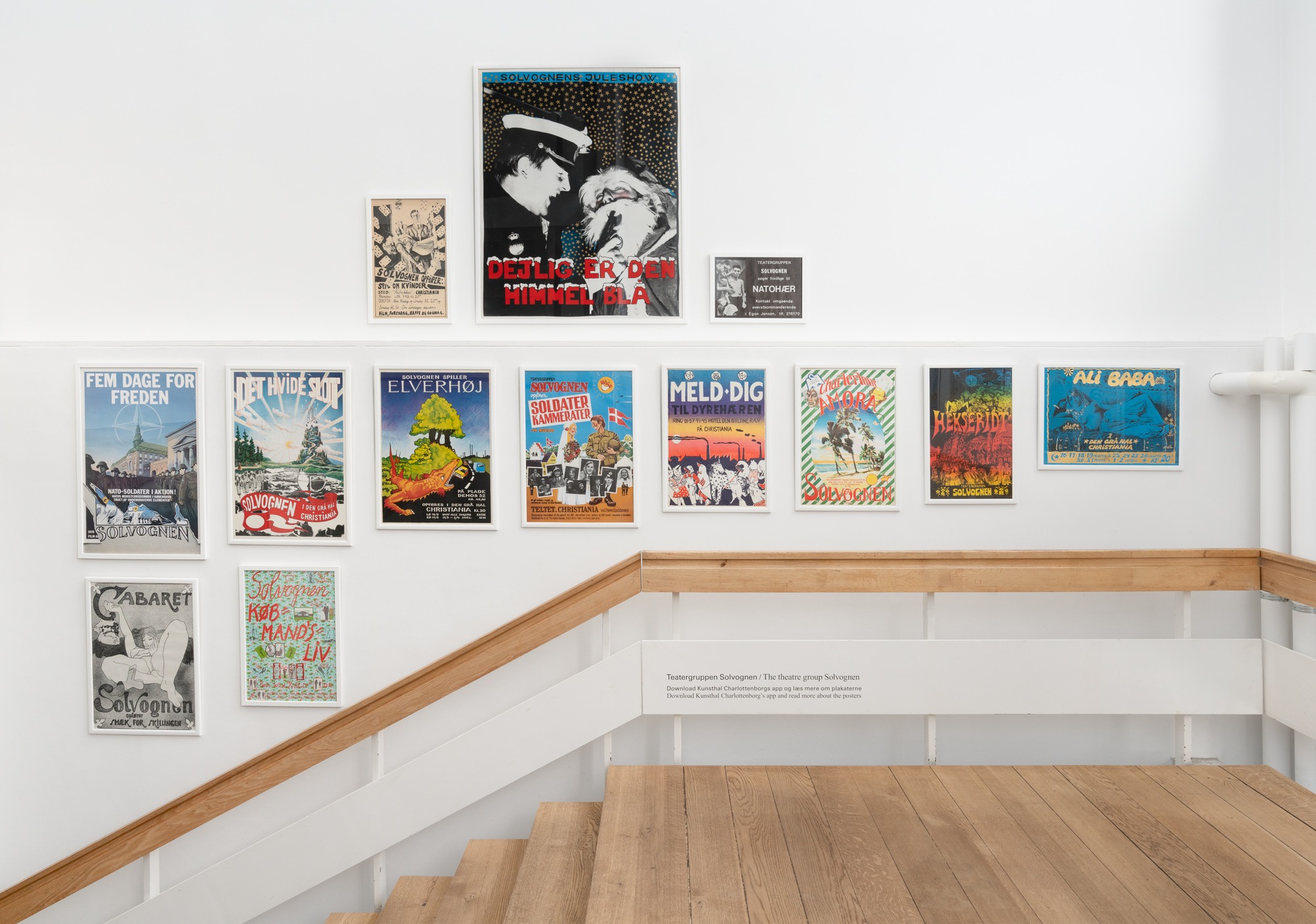 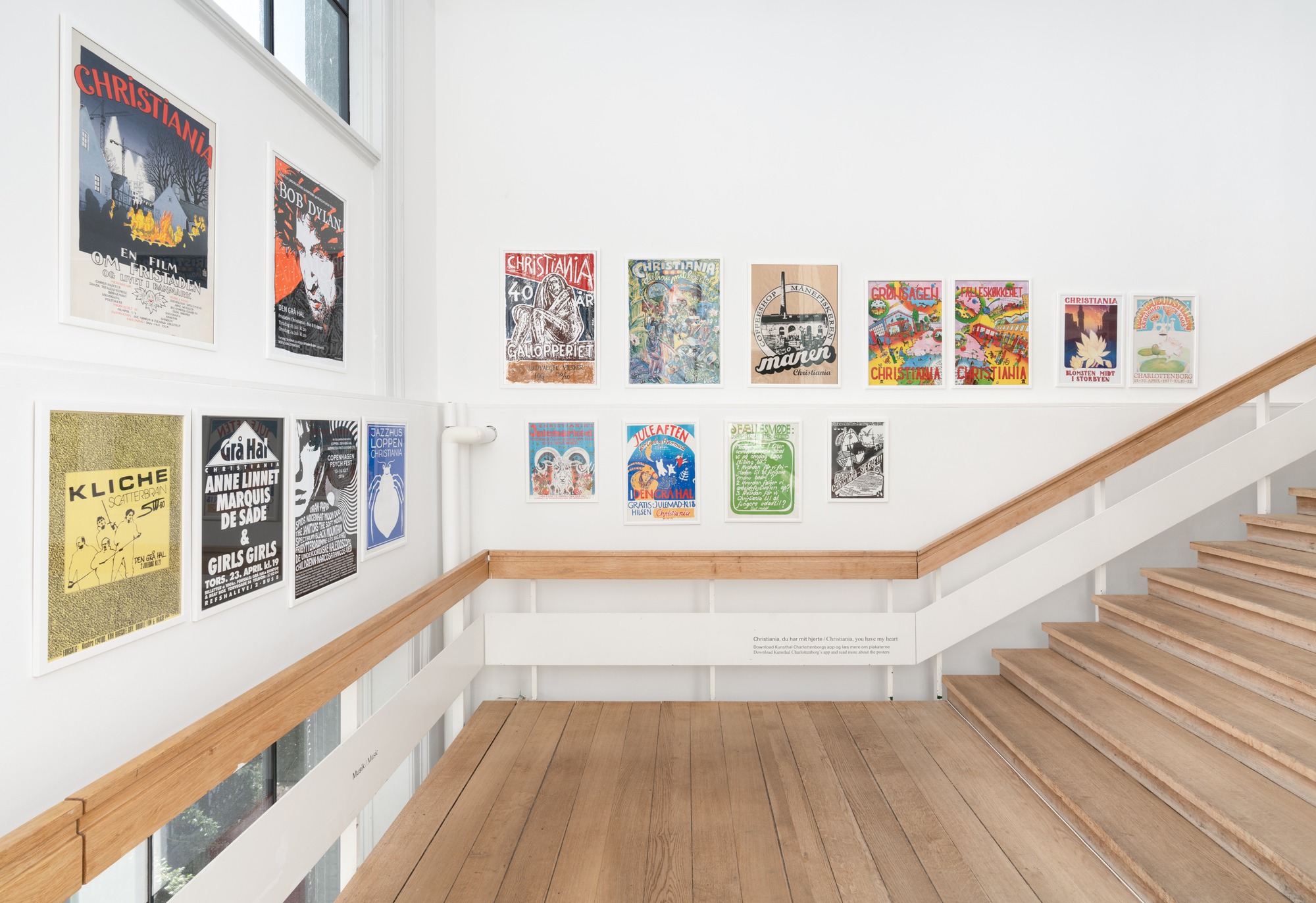 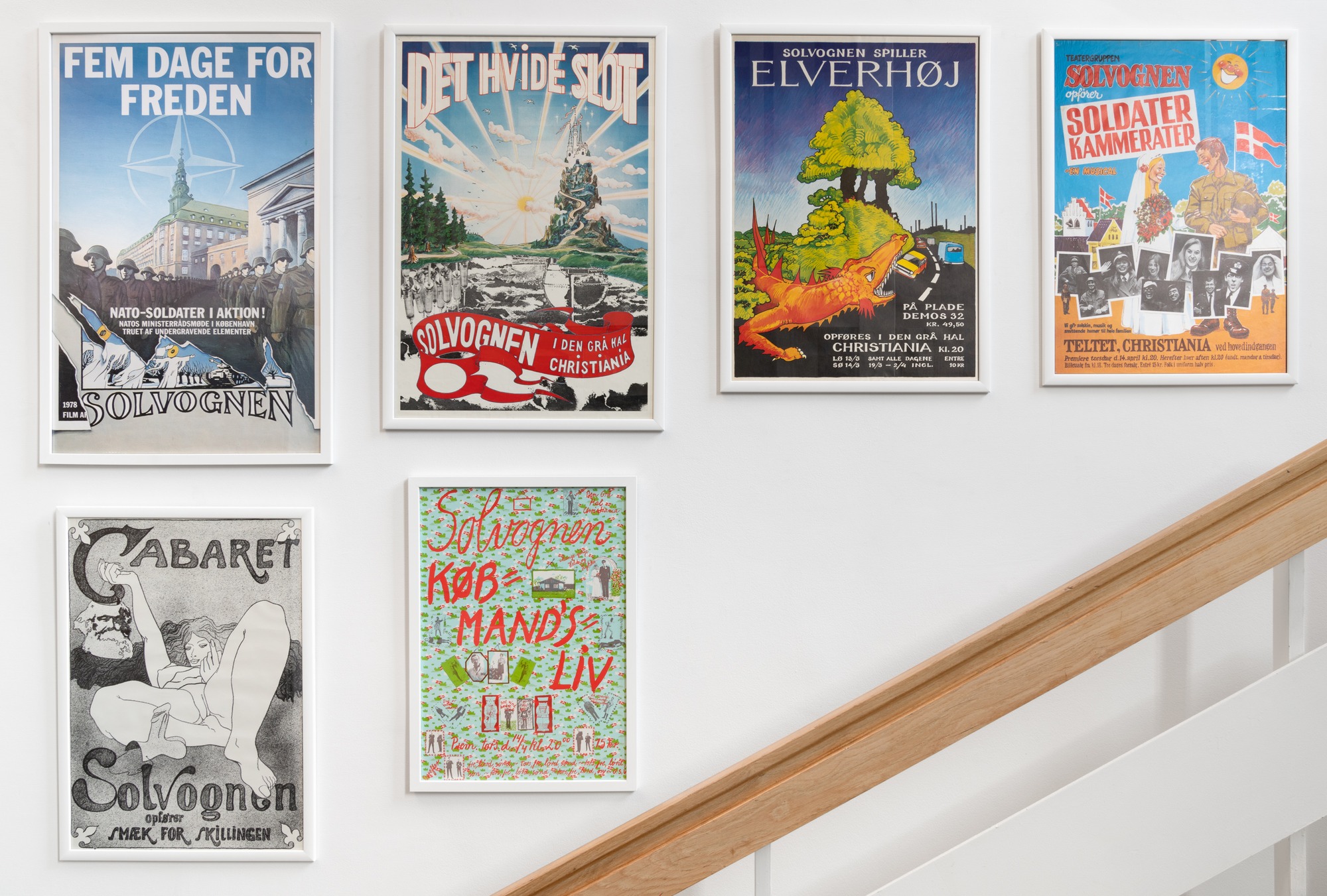 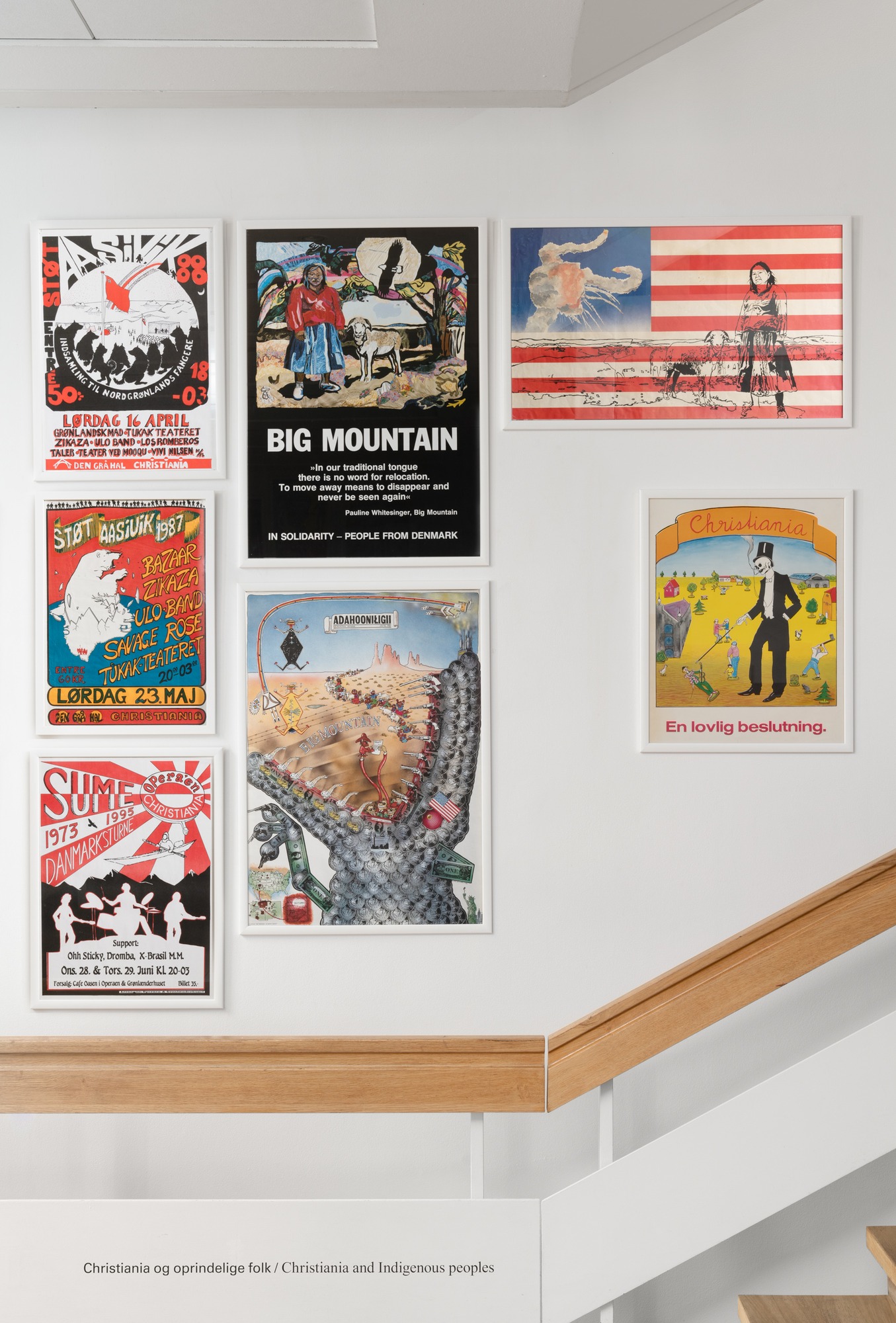 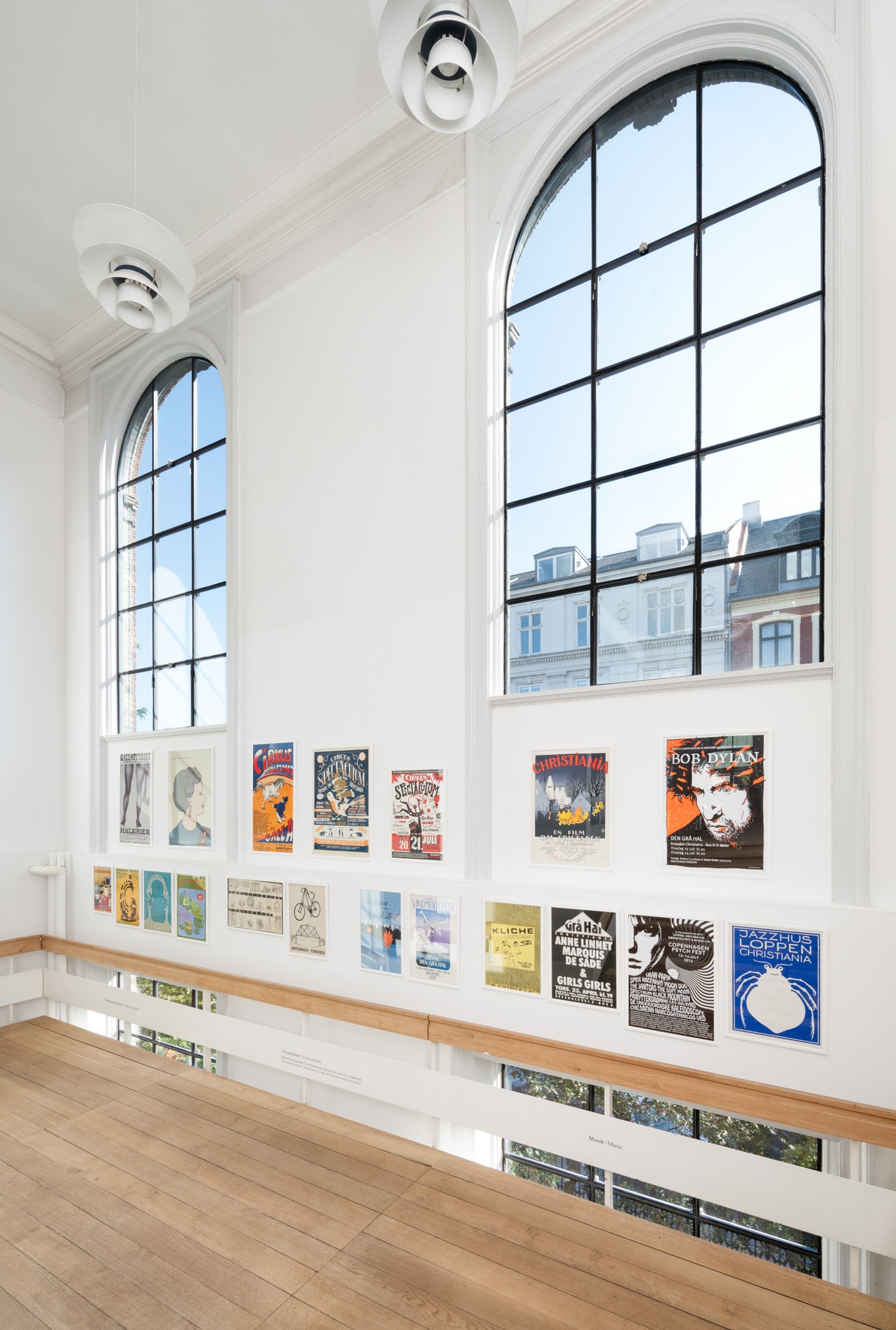 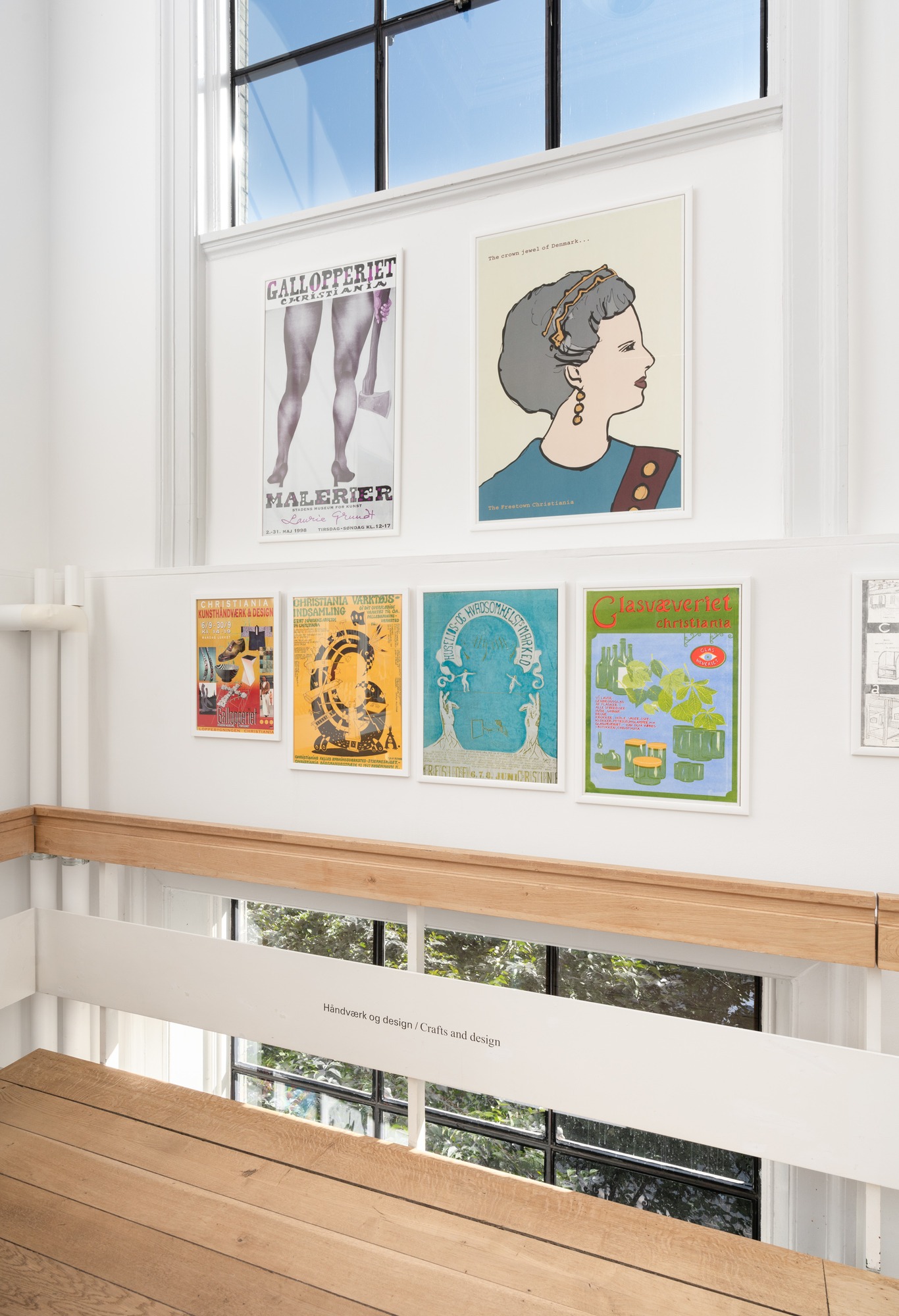 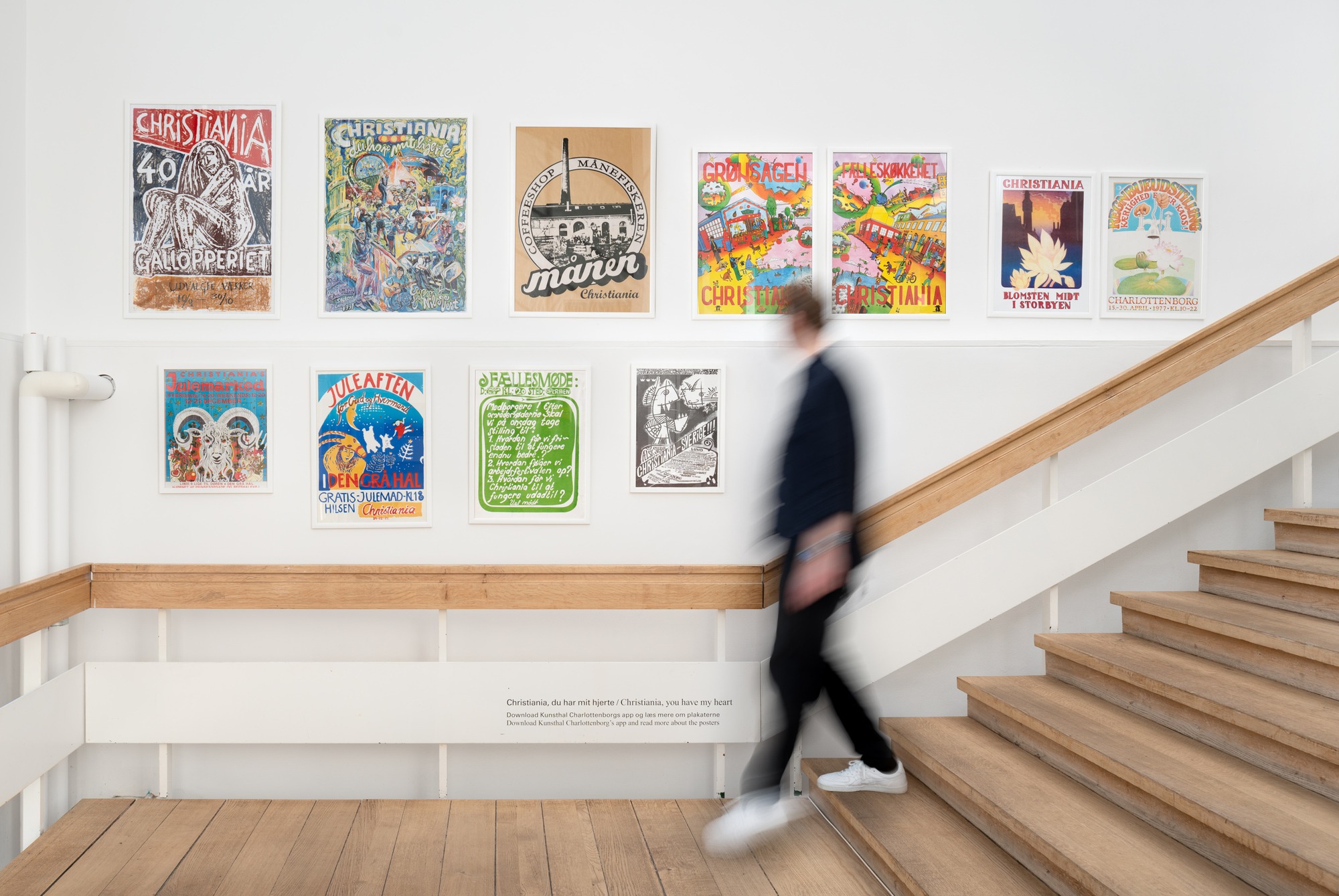 On the occasion of the 50th anniversary of Freetown Christiania in 2021, Kunsthal Charlottenborg exhibits a wide selection of the many posters created by the commune through the years – a medium that offers idiosyncratic, thought-provoking and artistic visual testimonies to the Freetown’s history, ideologies and creative forms of expression.

‘Better a poster without an event than an event without a poster’ is one of the slogans used by the Freetown of Christiania. For 50 years, the poster has been central to Christiania as a form of communication and artistic medium.

In the spring of 1971, the last soldiers left the Bådsmandsstræde Barracks in the Christianshavn district of Copenhagen. Shortly afterwards the fence was toppled over by locals from the nearby slums. The Freetown is soon realised, and for lack of better ideas, the Danish government accepts it as a social experiment.

Christiania becomes a rallying point for 1970s counterculture and for the multitude of movements that characterise the political life of the decade. The commune movement, the women’s movement, the Gay Liberation Front, alternative theatre troupes and progressive rock all find space and scope to unfold within the open framework of the Freetown, greatly contributing to making Christiania’s struggle for survival fun, unpredictable and powerful.

The many theatrical performances, parties in support of specific causes, concerts, exhibitions, festivals and recurring events such as Christiania’s birthday and the Christmas market all prompt the creation of a steady stream of posters. Many other posters do not refer to any specific event, but simply express love for Christiania and what it stands for.

A very special poster culture emerges, one where the pride, creative joy, artistic imagination and enthusiastic activism so clearly evident in the visuals become an important part of Christiania’s overall identity.

Christiania 50 years. VAR-ER-BLIR is until 22 October accompanied by a small film program, where seven of Nils Vest’s documentations from Christiania will be looped in Charlottenborg Art Cinema. The films show battle songs, tributes, campaigns, happenings and celebrations.