The Abstract Expression of Privatization 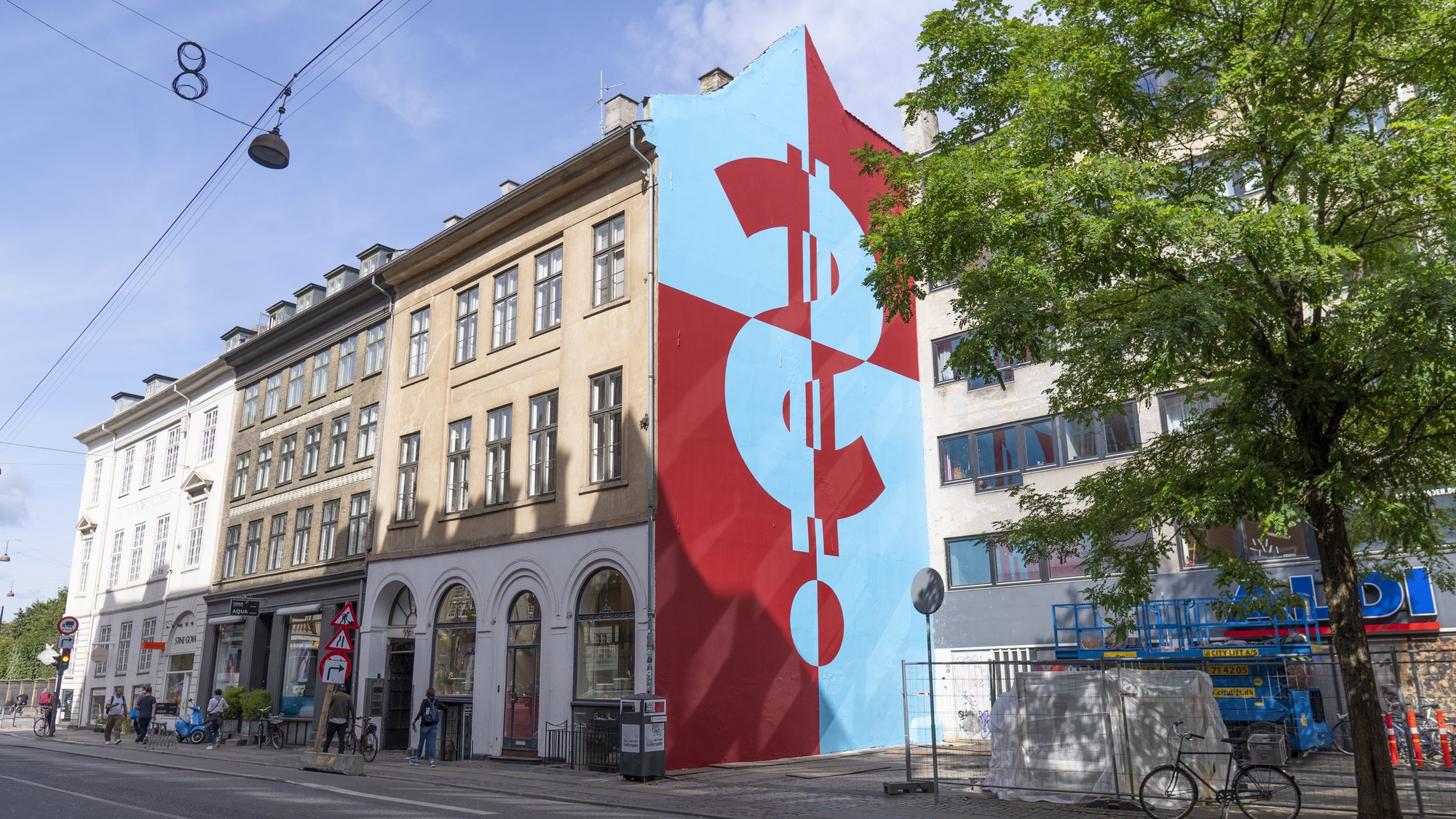 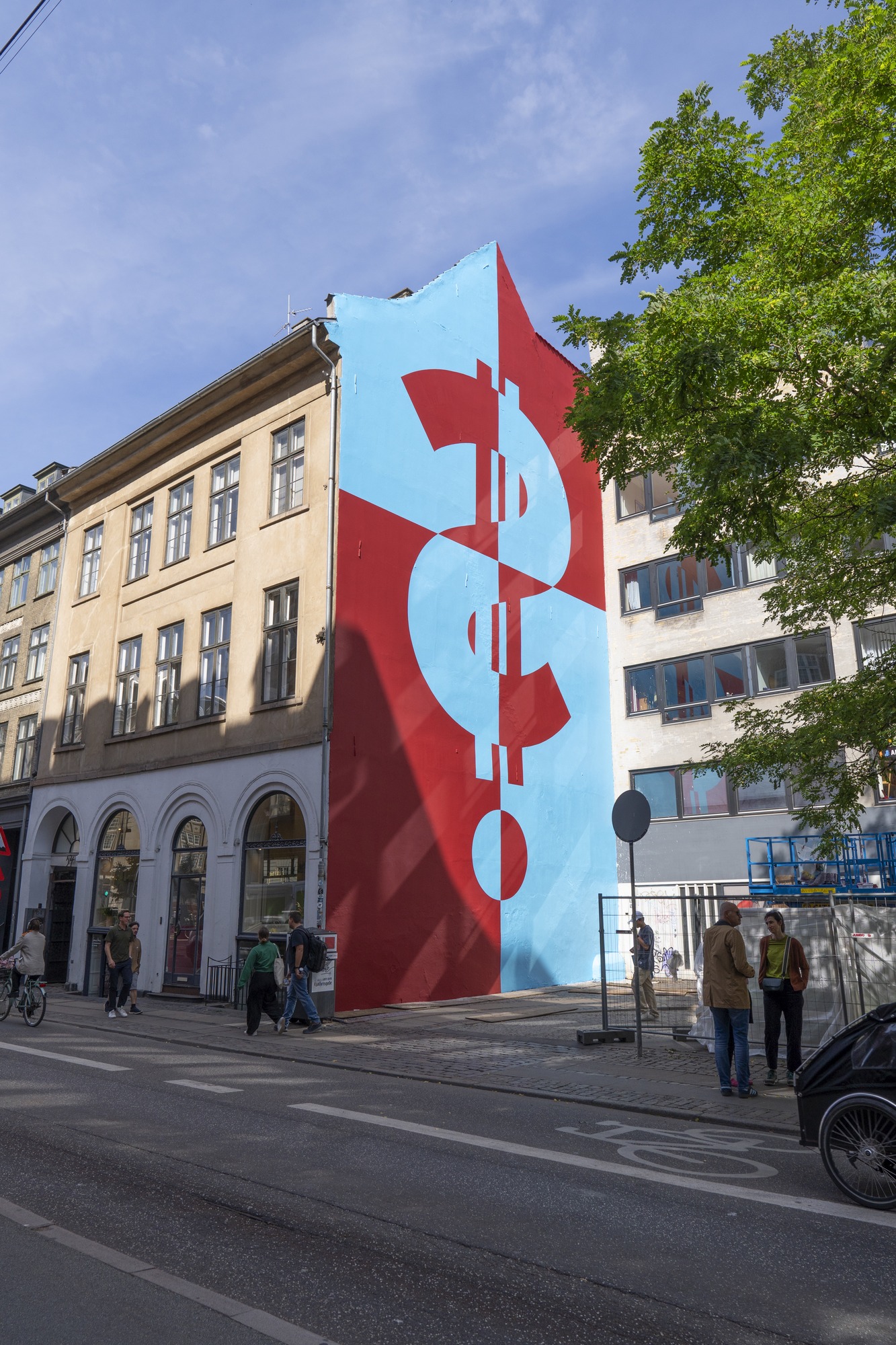 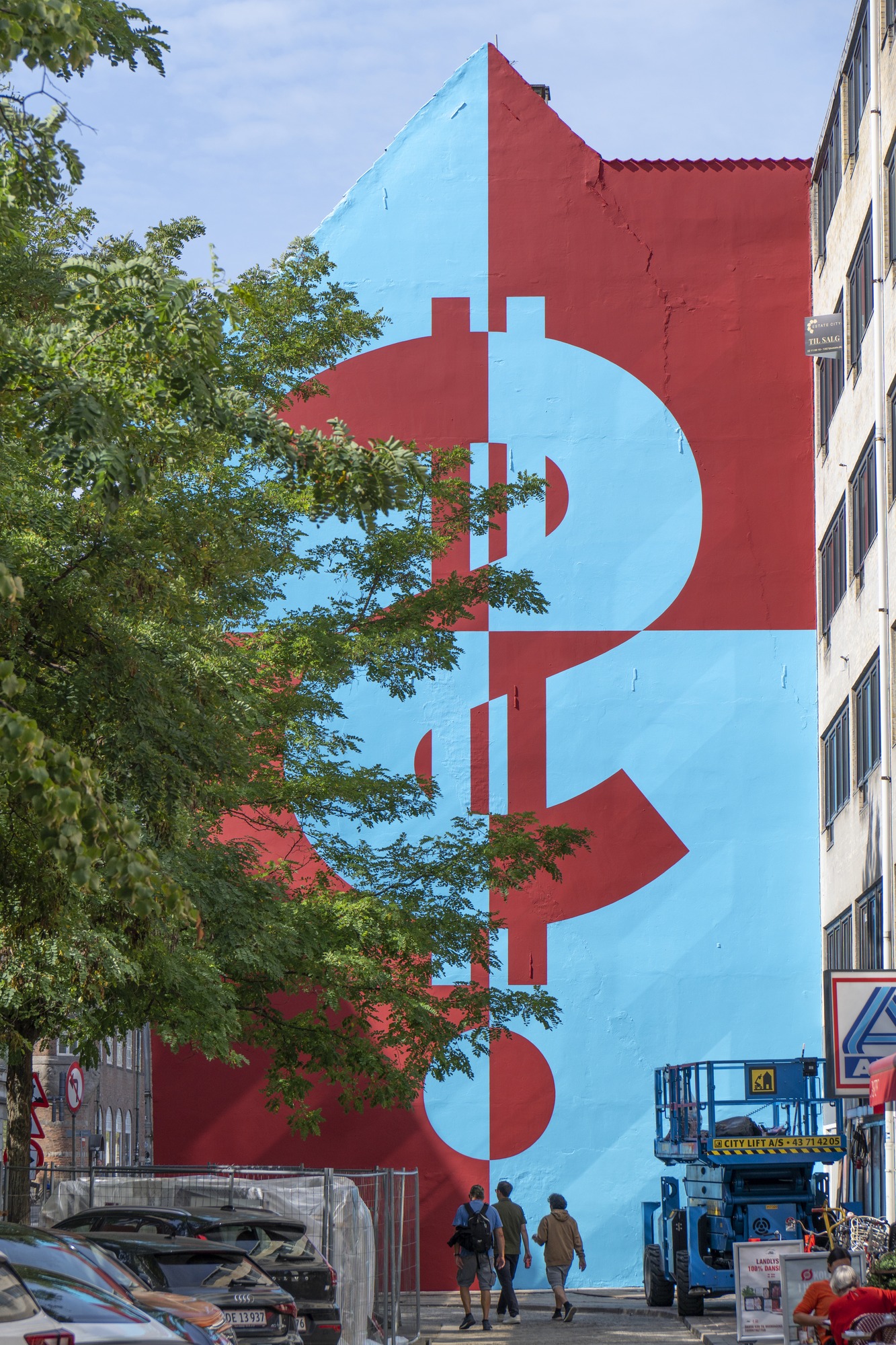 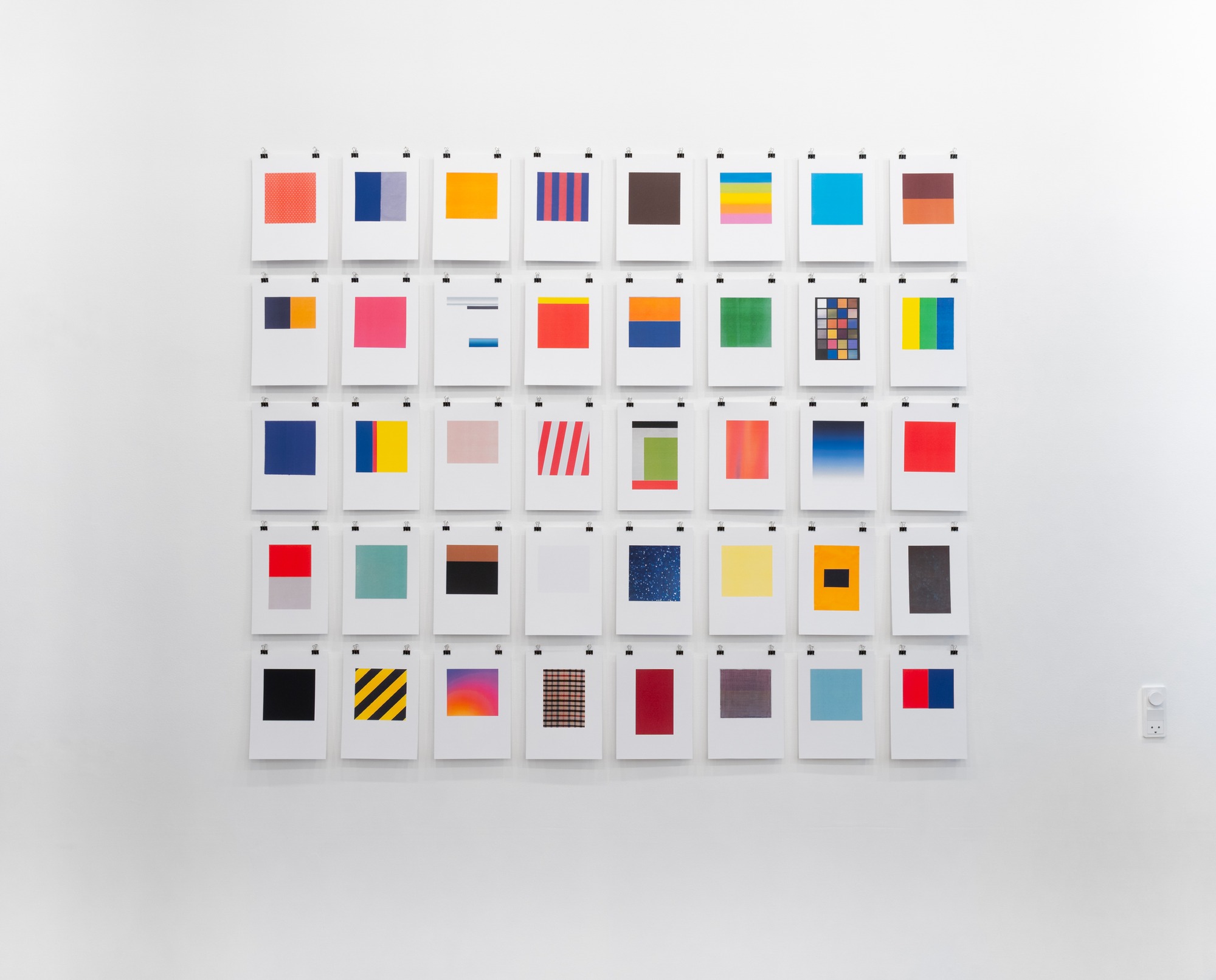 Hannibal Andersen
The Abstract Expression of Privatization, 2022
Installation view, Kunsthal Charlottenborg
Photo by Hannibal Andersen.
Danish artist Hannibal Andersen has created a new mural for Copenhagen. Made using two specific colours – ‘Grundfos red’ and ‘Maersk blue’ – the mural takes its starting point in an artwork consisting of so-called ‘colour marks’ associated with forty international companies. With the exhibition entitled The Abstract Expression of Privatization, Hannibal Andersen wishes to raise awareness of how several corporations, in Denmark and abroad, have secured the exclusive rights to certain colours, thereby excluding others from using those colours in their palette.

”Take a good look at this red colour. It belongs to us now”. These are the opening words of a news update published in 2011 on the website of Danish pump manufacturer Grundfos, as they became the first company in Denmark to get an application for the exclusive rights to a colour approved by the Patent and Trademark Agency. The accompanying headline, reading ”Now we own the red colour”, drove home the message with unmistakable force.

While the registration of colours as trademarks is a relatively widespread phenomenon globally, it has only happened twice in Denmark so far. In 2019, eight years after Grundfos, the shipping company Maersk successfully turned their distinctive light blue shade into a trademark, too.

Now, Hannibal Andersen’s mural $!? at Gothersgade 54 in the heart of Copenhagen very deliberately uses those two colours – ‘Grundfos red’ and ‘Maersk blue’ – to depict a symbol which resembles a cross between a dollar sign and a question mark.

The mural takes its starting point in another work by the artist, The Abstract Expression of Privatization, from which the exhibition also takes its title. It consists of a selection of trademarked colours from the EU Intellectual Property Office (EUIPO). Exhibited in the lobby of Kunsthal Charlottenborg, the work shows so-called ‘colour marks’ from forty international companies and organisations which, like Grundfos and Maersk, have also claimed specific colours or colour combinations as their exclusive trademarks.

With his mural, Hannibal Andersen wishes to probe the limits of private property rights by raising awareness of the fact that these days, several companies hold exclusive rights to certain colours, thereby excluding others from using those colours in their palette.

In the past, artists have also tried to associate themselves with specific colours while limiting access to those colours for others. In 1960, Yves Klein sent a sealed envelope containing the recipe for the iconic ‘International Klein Blue’ to the French patent office as a precaution against other artists ‘stealing’, i.e. using, the colour. In 2016, the Indian sculptor and painter Anish Kapoor entered into an agreement with the company Surrey NanoSystems stipulating that only he may use their blackest black in artistic contexts.

Hannibal Andersen himself states: "Just as we do not deplete language when we use it, there is plenty of colour to go around. Enough for everyone, but not enough for everyone to get one of their very own.”

The exhibition is supported by the Danish Arts Foundation.
www.kunsthalcharlottenborg.dk