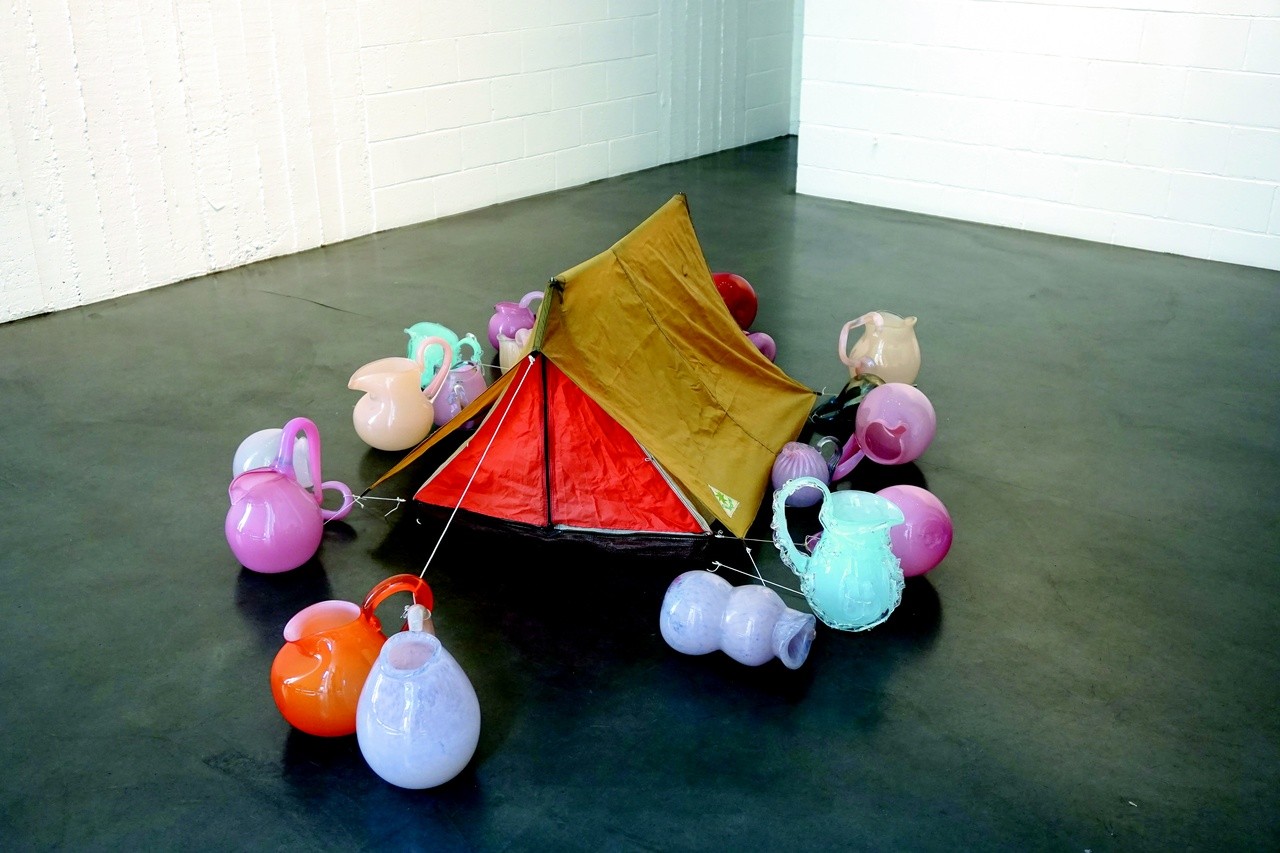 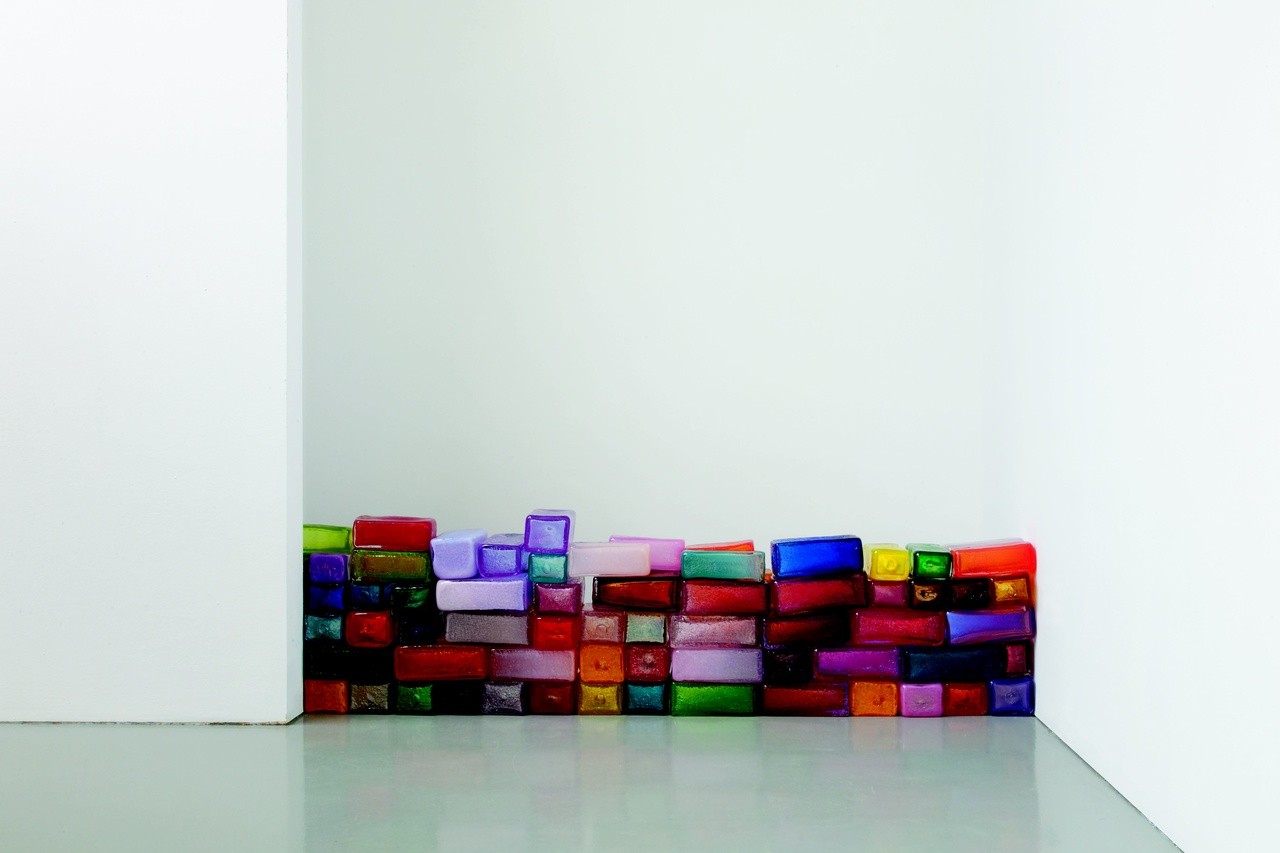 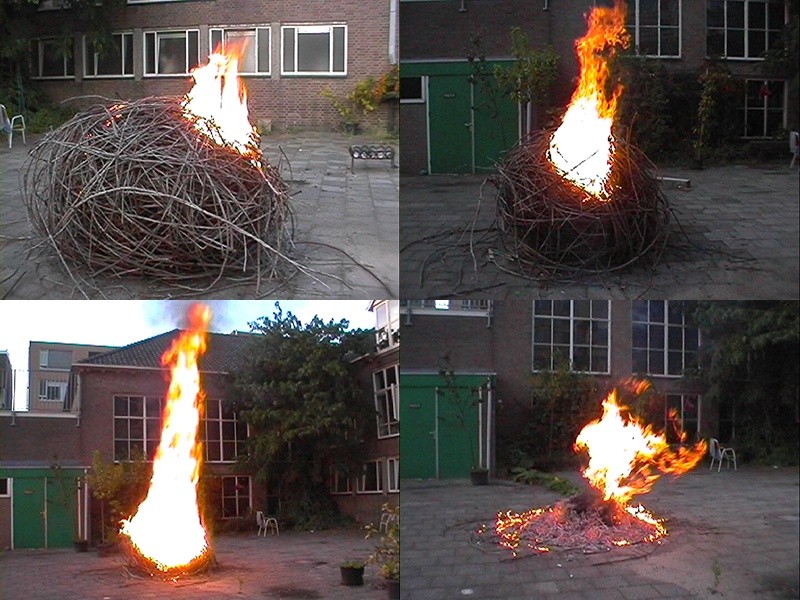 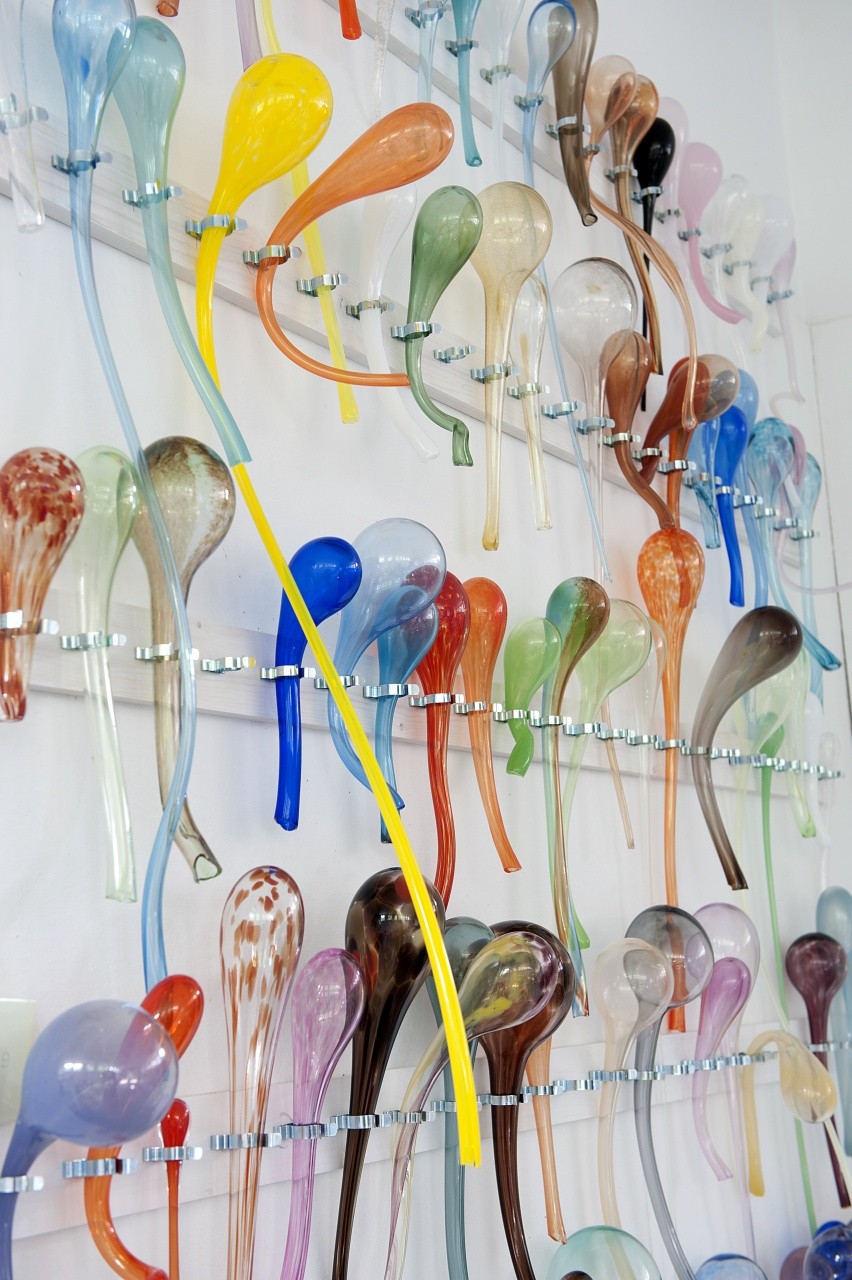 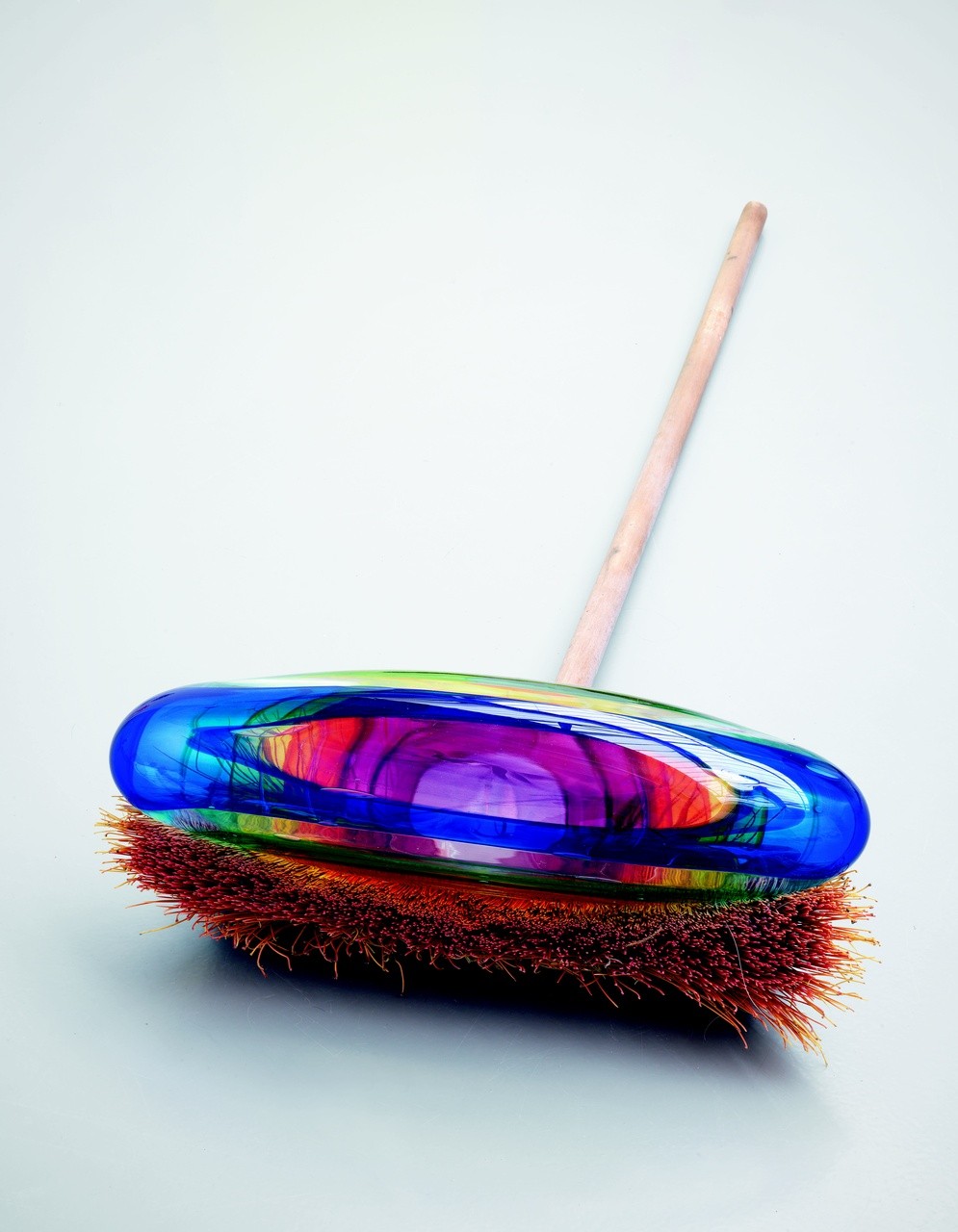 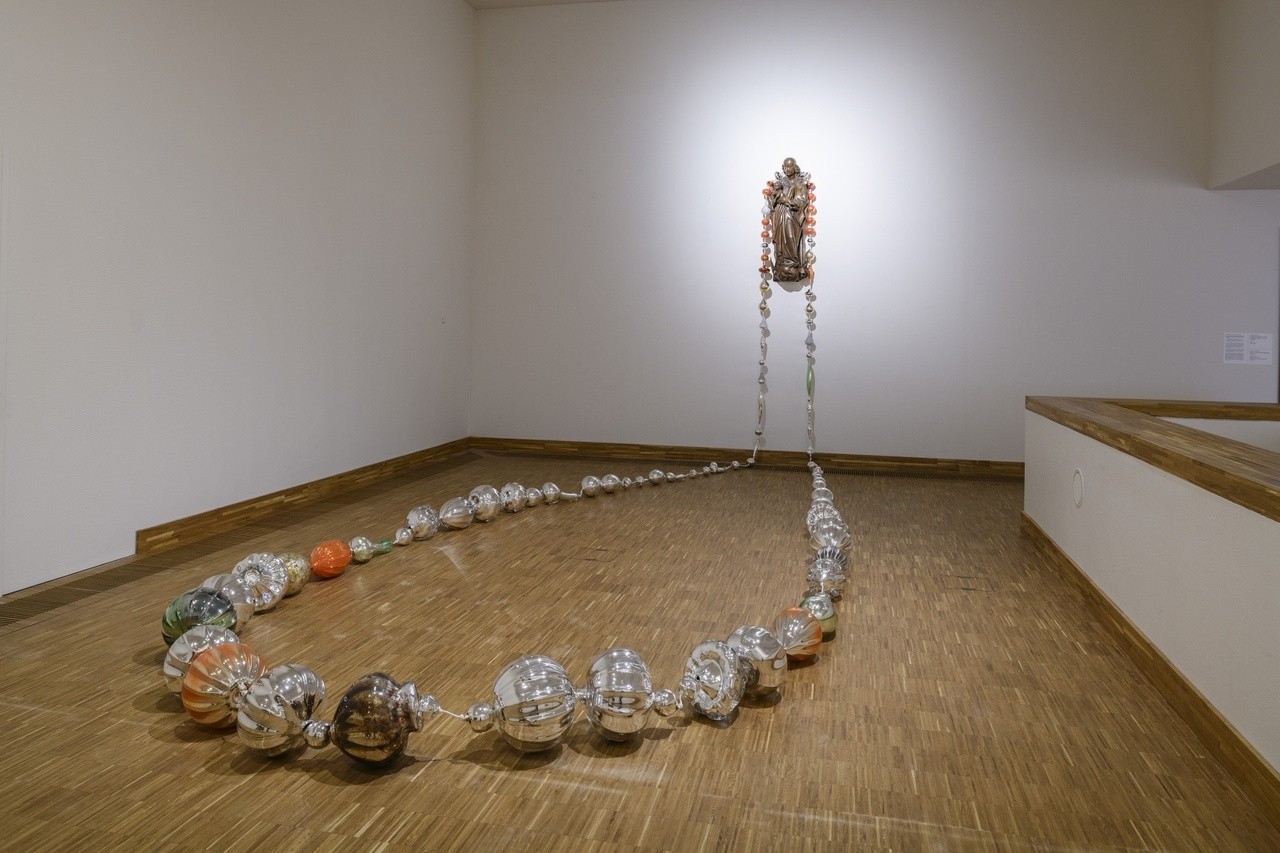 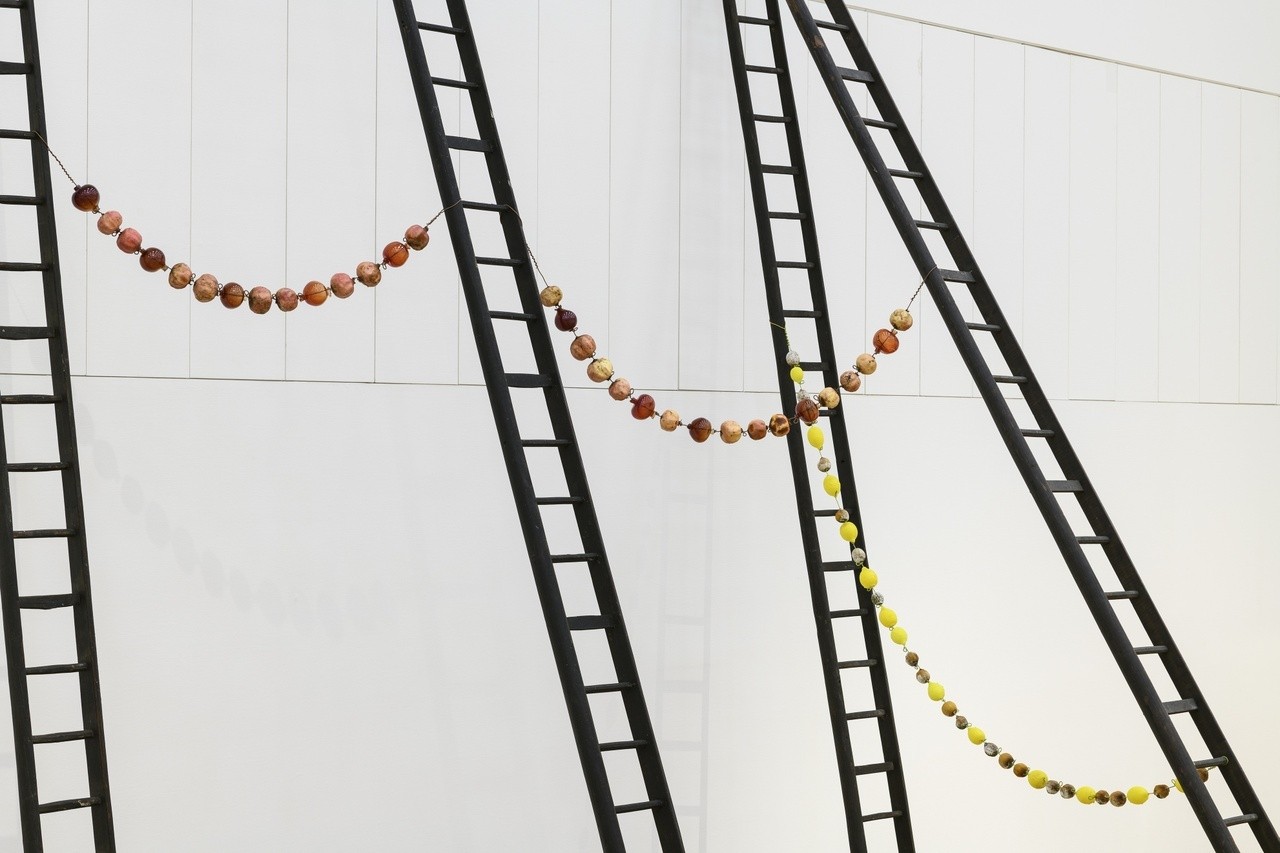 Maria Roosen (1957, Oisterwijk) exhibits from October 1st 2017 till January 7th 2018 in Kunsthal KAdE in Amersfoort. In the solo exhibition FIRE, she shows both new and old works. Maria Roosen creates sculptures, drawings, watercolours and installations made of different materials such as eggs, lemons, pomegranates, soap, glass, wool and wood. The creation process, the craftmanship and the artisan aspect are just as important to her as the final result.

Fire plays an essential role in the oeuvre of Maria Roosen, both literally and figuratively. The merciless fire that can both shape and destroy, but also offers a purifying force for both creator and spectator.

Maria Roosen is an advocate for imagination. “Imagination makes life a lot more pleasant, fun and bearable. Imagination is necessary to understand life.” She considers her sculptures as ‘Tools for Feelings’. They are articles of use, meant to represent feelings, which evoke thoughts about subjects such as growth, bloom, fertility, love and death.

Last year, Maria Roosen worked on ‘Widow I’ and ‘Widow II’: two life-sized sculptures made from heavy tree trunks. The annual rings of ‘Widow I’ were given various colours. The skin of ‘Widow II’ has been charred black. As black as the colour of the deepest sadness, mourning and evil. Black is the absence of all light. Black as the result of a fire, like in the burning Thorn Ball of bramble branches in Roosen’s film from 2000 that can also been seen at the exhibition.

Part of the exhibit is the ‘glass building blocks of life’ - as Roosen calls them herself - which have been made in all possible colours at the glassworks; from Pflaumenblau to Irisgold, from Opalflieder to Dunkelheliotroop, from Granatrot to Elfenbein. In the exhibition, all these names can be read - like a poem - on the floor of the large exhibition space.

Maria Roosen about the creation process: “I continue to learn every time I create something and it greatly inspires me: I see things come into existence that one couldn’t have imagined beforehand. The meetings with the idea, the design or with the glassblower who contributes all of his experience and his own signature are special, where the whole becomes more than the sum of its parts. When it goes well, the process feels like ‘making love’. Sometimes it doesn’t go well, then I lack concentration or can’t properly explain what I mean”.

The exhibition FIRE of Maria Roosen fits in a series of solo exhibitions in Kunsthal KAdE about sculpting; with overviews of Tom Claassen in 2010 and Henk Visch in 2012 and smaller presentations of Francis Upritchard in 2011 and David Altmejd in 2016. The end of June 2013 saw the placement of Maria Roosen sculptures on various streetlights in Amesfoort. Roosen was instructed by Stichting Amersfoort in C and the municipality of Amersfoort to mark the route between the museums. Roosen chose to use the streetlights lining the entire route. She designed whimsical, transparent blue shapes, that lie on top of the streetlights like a hat. Together they lend a subtle accent to the route between the museums.

“I love the Rock and Roll of the world of glassblowing. The erotica of the hot, rolling fluid glass, the roaring ovens, the sweating tough glassblowers that swish and swoosh with blowpipes with glowing lumps of glass. The “clink and cloink” sound of the metal tools. The wooden spools that are cooled down in metal buckets with sizzling water. The workspace that smells of burnt wet papers that are used to shape the glass.”