How to Work Less 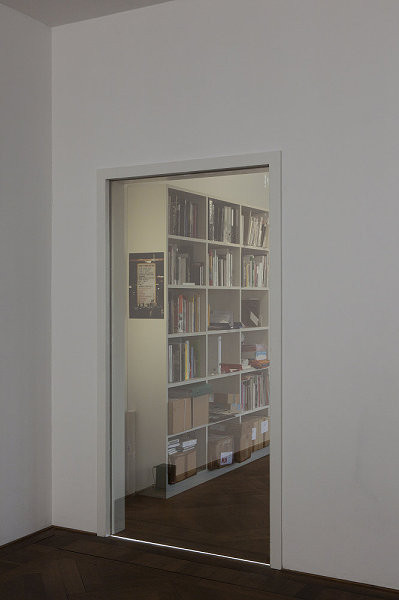 We are happy to announce the opening of the new exhibition, “How to Work (More for) Less”, at Kunsthalle Basel. The show has been developed as a series of modifications performed on the art works that constituted the previous group exhibition at Kunsthalle, which was entitled “How to Work”. In “How to Work”, we aimed at questioning all the different ways of working as an artist today. The exhibition brought together heterogeneous responses to the question of the basic motivations behind making art, the methods artists use, and the goals they want to achieve. The show investigated a range of contemporary modes of production, from the rhetorical elaboration of a typical studio practice to appropriation of existing cultural material or the blurring of boundaries between commercial and artistic work; from semi-clandestine, subversive operations in the public sphere to delegating work to a third party. These working methods and the strategies they represent can be traced back to several radical developments in 20th century art: the idea of questioning the exclusivity of artistic labor in Conceptual Art, the use of chance processes and found objects by Dadaists and Surrealists, but also Russian Productivism with its postulate of artistic work counting possibly as one of the types of non-alienated labor.

The idea was to continue working on the show that was already “there” and give it a new title: “How to Work Less”. This not only signals a productive interval in production; it also subverts the demand for absolute novelty that drives the majority of art exhibitions today and, at the same time, for shows whose premises and content are fully transparent, a commonly pursued objective in today’s contemporary exhibition operations. We hoped that by proposing to “work less” we could do more than that. One of the participating artists, Adriana Lara, points out that while emphasizing the declared wish to “work less”, the exhibition in fact requires substantial “brainwork” on the part of all participants (artists, curators, and audience alike) and ends up being more work intensive. In conclusion, Lara suggested a dialectic change of the title into “How to Work (More for) Less”, which was accepted as her contribution to the show.

Works seen in “How to Work” have been expanded, others rearranged, and still others shown in reduced form or even left out. Two more artists have been invited to “How to Work (More for) Less” who did not participate in “How to Work”: Judith Hopf and Pedro Wirz, with his special project of collaborative sculptural works for the back wall of the Kunsthalle.

As the constant increase of work efficiency, productivity, and profit is the core of capitalism, the refusal to work is an economic nightmare. The notion of “abandoning the workplace” or just “working less” critically addresses the distinction between work and leisure, which defines the capitalist organization of time. At the same time, taking a critical distance to work means more work—and this is what the artists in the show decided to do.

“How to Work (More for) Less” is a continuation of the exhibition “How to Work” (27.03.-22.05.2011), which was generously supported by Annemarie Burckhardt and additionally supported by Roldenfund.
www.kunsthallebasel.ch