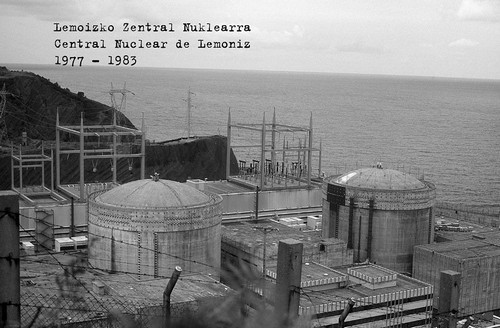 Ibon Aranberri (born in Itziar-Deba, Spain, 1969) will present a group of works under a common title Integration. In the main exhibition space, prefabricated pieces of cast concrete will accumulate into an expansive architectural structure, supported by sawhorses. The profiled concrete slabs may seem reminiscent of curb blocks. However, as they are slightly elevated and topped with broken green bottles, as if meant to keep intruders away, they also bring to mind a top of concrete wall, lowered to waist-height. The idea for this work emerged in the context of Aranberri’s project Floating Garden (P.S.1, New York, 2004). The artist proposed to install modular pieces of concrete with inserts of glass shards on top of the iconic concrete wall surrounding the courtyard of P.S.1. Due to the institution’s concerns about visitors’ safety, the piece in New York was realized as a series of prototypes and sketches. At Kunsthalle Basel, the piece has been adapted to the interior location and will materialize for the first time in its entirety. In two small adjoining spaces, Aranberri presents slide projection, including material for another project which has not come to fruition so far and exists as selection of documents and photographs, Light over Lemoniz (2000-). This proposal included the fireworks show on the (now abandoned) site of the nuclear power plant which was built 20 km from Bilbao in the early 70s and never started-up, due to a protest movement. The fireworks show was modeled on the one accompanying the opening of the Guggenheim Museum in Bilbao in 1997. The works of Aranberri are exercises in decoding ideologies behind the appearances of specific material structures.
The exhibition of works by Ibon Aranberri is generously supported by: Annemarie Burckhardt and SEACEX
In relation to Ibon Aranberri’s show at the Kunsthalle Basel, and following the exhibition projects of Ibon Aranberri at Frankfurter Kunstverein and Van Abbemuseum, scheduled respectively for 2008 and 2009, a publication is planned to come out at the end of 2008 in co-operation with the Frankfurter Kunstverein and Van Abbemuseum.
Ibon Aranberri (born 1969, Itziar-Deba, Spain)
Solo exhibitions (selection): 2006 Baltic Art Center, Visby / 2005 On working with (Ir.T.no513) Cave, Iaspis project-room, Stockholm; 2005 Cavity, Galerie Isabella Bortolozzi, Berlin / 2003 (Ir.T.no513) Cave, Oñati, Gipuzkoa, Spain / 2002 Gaur-Egun, Galería Trayecto, Vitoria-Gasteiz, Spain / 2000 Light over Lemoniz, consonni, Bilbao.
Group exhibitions (selection): 2007 documenta 12, Kassel; Icognitas, Museo Guggenheim de Arte Moderno y Contemporáneo; Whenever It Starts It Is The Right Time, Strategien für eine unstetige Zukunft, Frankfurter Kunstverein / 2006 Fantom, Charlottenborg exhibition hall, Copenhagen, / 2005 Be what you want but stay where you are, Witte de With, Rotterdam
www.kunsthallebasel.ch