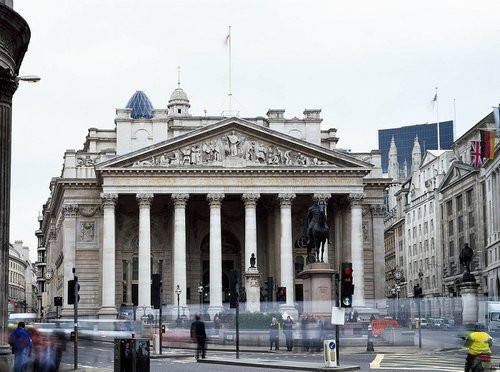 The exhibition’s title borrows from one of Walter Benjamin’s passages: “Sammeln ist eine Form des praktischen Erinnerns” (“Collecting is a form of practical memory”). Formwalt’s work looks at the possibility of giving form to immaterial ideas and materializing processes whose internal workings usually remain obscure while their results can be seen and felt by everyone. How historical memory functions and fails, how the economy works and collapses, and how the two can be intertwined in still photographic images and film are the key questions in Formwalt’s work.

Zachary Formwalt employs a variety of media as means to critically investigate the mechanisms of an economy whose visible effects (e.g. poverty or prosperity) are difficult to connect with the processes that produced them (e.g. movements of speculative capital). Although the economic realm is scarcely represented in the picture stock of contemporary culture, as flows of money seem to be best illustrated by “objective” figures and diagrams, some of its images have strong symbolic power: workers leaving a factory, a strike, panic in the stock exchange, or the mirrored surfaces of the City’s high-rise buildings. In our society, the selective presentation of economic data is a tool for exercising power, as it has an impact on the consumers and laborers whose optimism towards the future is a prerequisite for the undisturbed advance of the global economy. Formwalt’s interest is directed towards re-processing images that represent the institutions and events of the market and become, pars pro toto, icons of capitalism. Formwalt’s scrutiny of images involves close-up, slow motion, freeze frame, fragmentation and repetition – these “techniques of the observer” (Jonathan Crary) enable us to see beyond the meanings that the images from the world of capital were programmed to generate.

In the Oberlichtsaal, the historic gallery of Kunsthalle Basel, Zachary Formwalt will present a new body of work consisting of two films and several series of photographs that result from the artist’s extensive reading into archival documents and imagery related to the history of economics.

At Face Value (2008), the second film on view, deals with the decade preceding the Great Depression in both America and Germany in the 1930s. Taking his father’s historical stamp collection as a starting point, the artist identifies the links between the inflation of money and the iconography of the stamps. For example, he juxtaposes a German stamp motif with an historical image from America just before the Great Depression that commemorates its War of Independence.

Another series of photographs, Economic History at the Antiquariat (2009), shows bookshelves in an antique bookstore in Amsterdam. A whole range of economic theories – many in opposition to each other and some already obsolete – can be read on the worn spines, a display of market knowledge that ranges from advanced theories to simple guidebooks according to the trends of their time.

In the two smaller exhibition rooms, Formwalt shows a series of photographs from the lesser known business district on the outskirts of Amsterdam, where the streets are named after famous economists and employees can enjoy a cigarette break on the corner of Karl Marx Lane and John Maynard Keynes Square. The indifferent gaze of corporate architecture’s mirroring facades is returned by the names of individuals, evoking their theories that shaped the global economy of today. Another piece includes a reproduction of Karl Marx’s 1845 contract with the publisher Carl Leske, providing an advance of money for the book Kritik der Politik und Nationalökonomie that was never written. Another part of this work is a picture of a building at 38 Rue Vanneau in Paris, where Marx lived at one point, and which is often reproduced in relation to his 1844 manuscripts.

Zachary Formwalt was born in 1979 in Albany, Georgia, and has been living and working in Amsterdam as a resident of the Rijksakademie since 2008. He is a graduate of the School of the Art Institute of Chicago and the Northwestern University in Evanston, Illinois, and attended the Critical Postgraduate Program at the Malmö Art Academy in 2004 and 2005. He has presented solo projects at the Elder Gallery, Lincoln (2006) and the Rooseum Center for Contemporary Art, Malmö (2005). He has also contributed to group exhibitions at the Bank Gallery in Durban (2008), at several galleries in the USA – such as the Gahlberg Gallery, Glen Ellyn (2004) and the Mars Gallery, Chicago (2002) – as well as film and video festivals and public screenings.