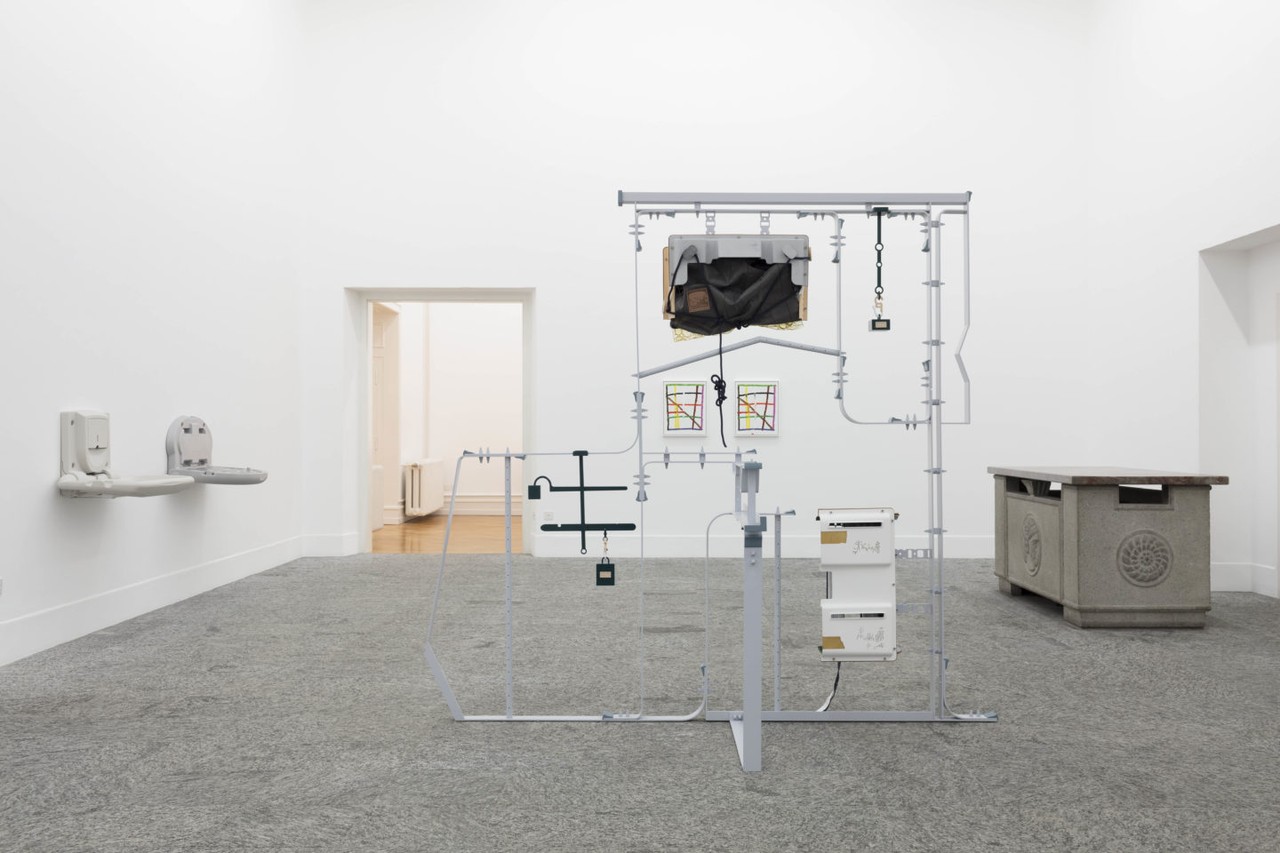 Each space of the Kunsthalle Bern is defined by a distinct atmosphere as a result of its size, the incidence of light, and interior architectural details. Its architecture doesn’t draw on the functionalism of the Bauhaus which was founded in 1919, a year after the Kunsthalle opened. The parquet flooring and the ornamental ceiling alone exude an elegance that doesn’t conform to the Bauhaus agenda of stamping out all things bourgeois and celebrating artlessness as the new creed. Not quite “non-bourgeois,” the Kunsthalle is more indebted to the nineteenth century when exhibition spaces were still geared to partitioning and measuring. Appearing like a temple on the outside, the building harbors an almost homey coziness in its interior. Any décor in the exhibition spaces is nowadays proscribed, but in the early years of the Kunsthalle it was still quite common to place a Persian rug, a table and chairs, or upholstered furniture in the midst of an exhibition, to allow visitors to make themselves a little more comfortable. Nevertheless the spaces are, and have always been, white cubes (Brian O’Doherty), a place of detachment in which the visitors enter a world distinct from the street. Even if the spaces do not appear “shadowless, white, clean, artificial” they are the setting that temporarily excludes the world, that sanctions what is shown inside as art and presents realism in a form divorced from reality. To O’Doherty the white cube is a “ghetto space ... , a proto-museum with a direct line to timelessness, a set of conditions, an attitude, a place deprived of location, ... a magic chamber.” By contrast, the white cubes of the Kunsthalle Bern do have characteristic features that turn them into a location-and themselves into art in potentia. They also do not completely barricade themselves up, even though a connection to the outside is allowed only through bars.

The exhibition Die Zelle assembles works with a tendency toward furnishing. They are not so much items of furniture that furnish homes as furnishings that have changed, lost, or simply never found their purpose and can only be used for white cubes. Numerous works vacillate between sculptural object and piece of furniture. They cultivate a playful approach between function and lack of function and sometimes combine with constructivist concepts. Shelves remain empty and show themselves. The little they offer is what is to be considered. Some artists build their questions so as to be able to process them. A fundamental question would be what distinguishes a form developed for everyday use from art, and vice versa. What are the minor interventions that turn an everyday object into a minimalist sculpture and what is the difference between them? It is also about an artistic interest in interrelations between built three-dimensional form, the human body, and surrounding space. When is a built form right in a space and in relation to the body? It is about fundamental issues of proportions and body-space relations. How and with what (simple) means can one create an environment that suits one’s purpose for it?
Artists organize an exhibition and fit it out. Fitting out may mean adjusting and aligning things such as a chair. Or it may mean creating furnishings that refuse to fit.
www.kunsthalle-bern.ch