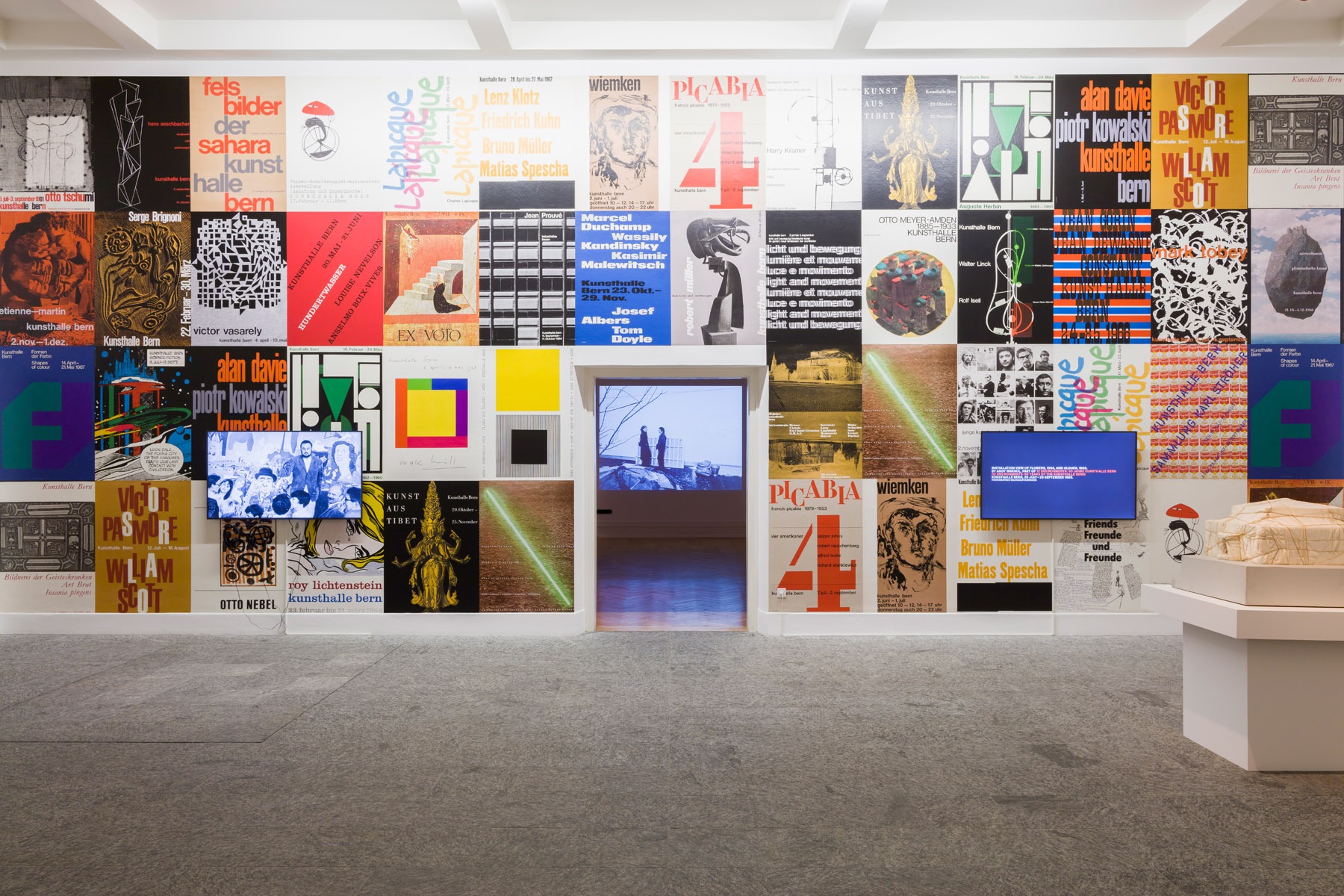 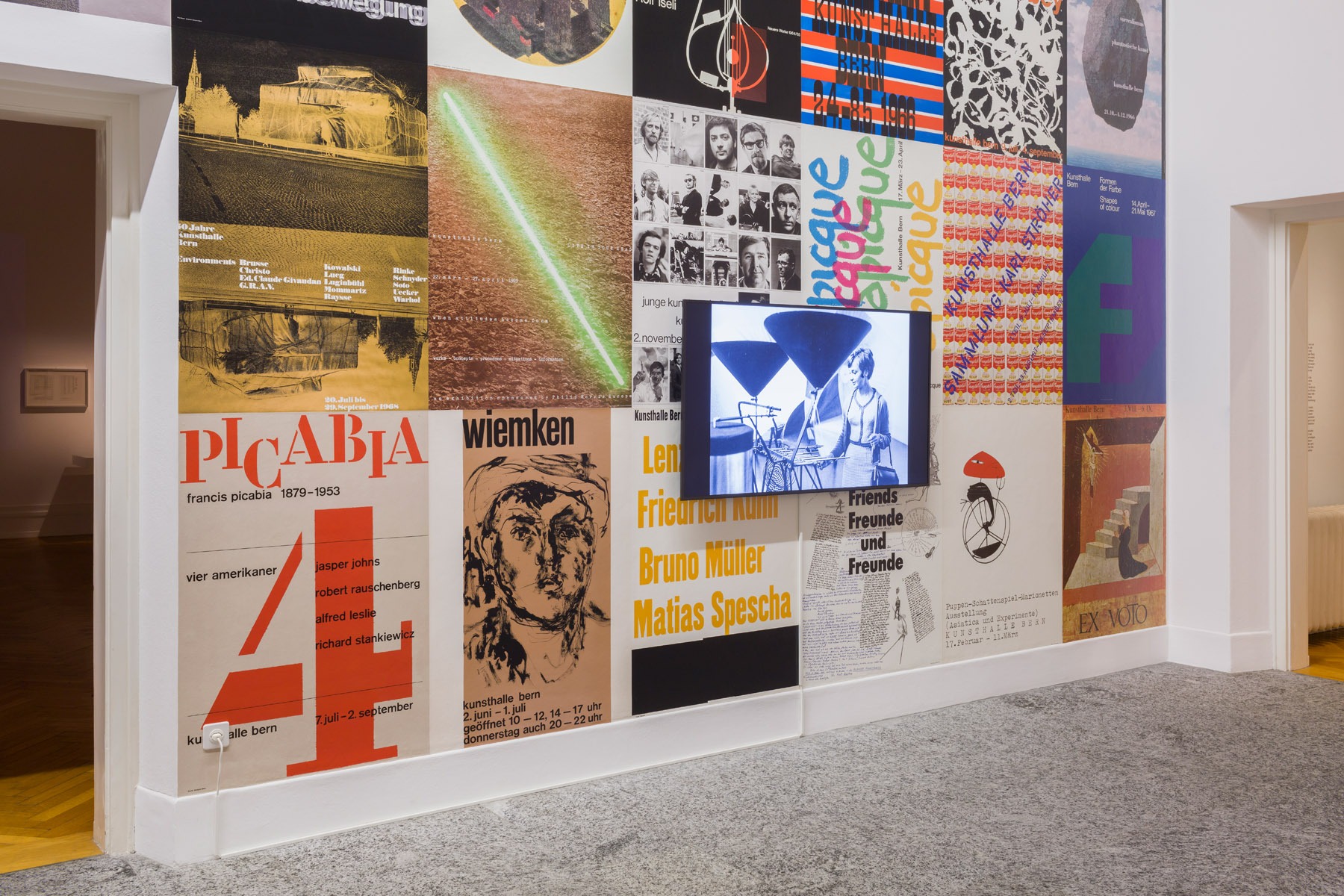 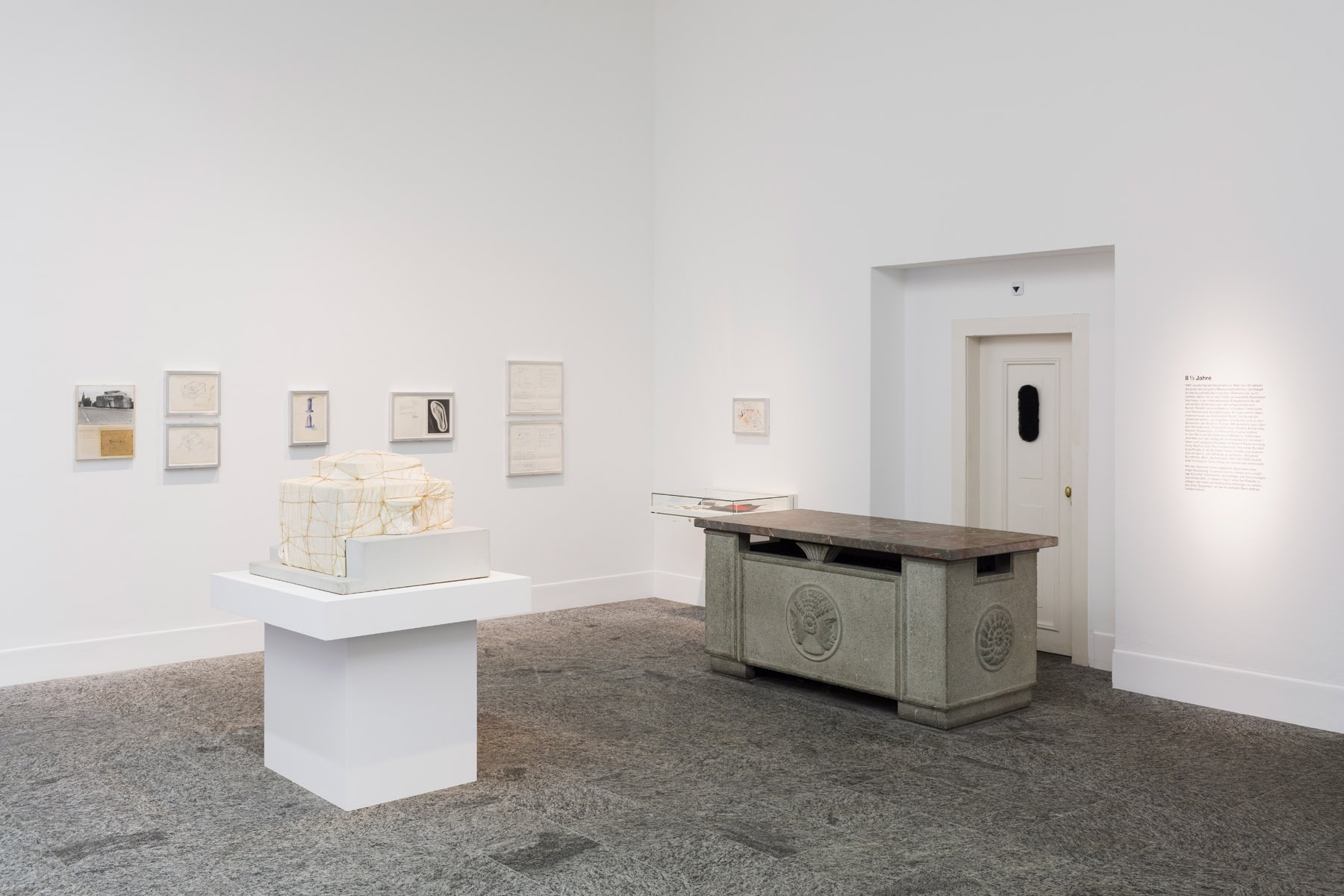 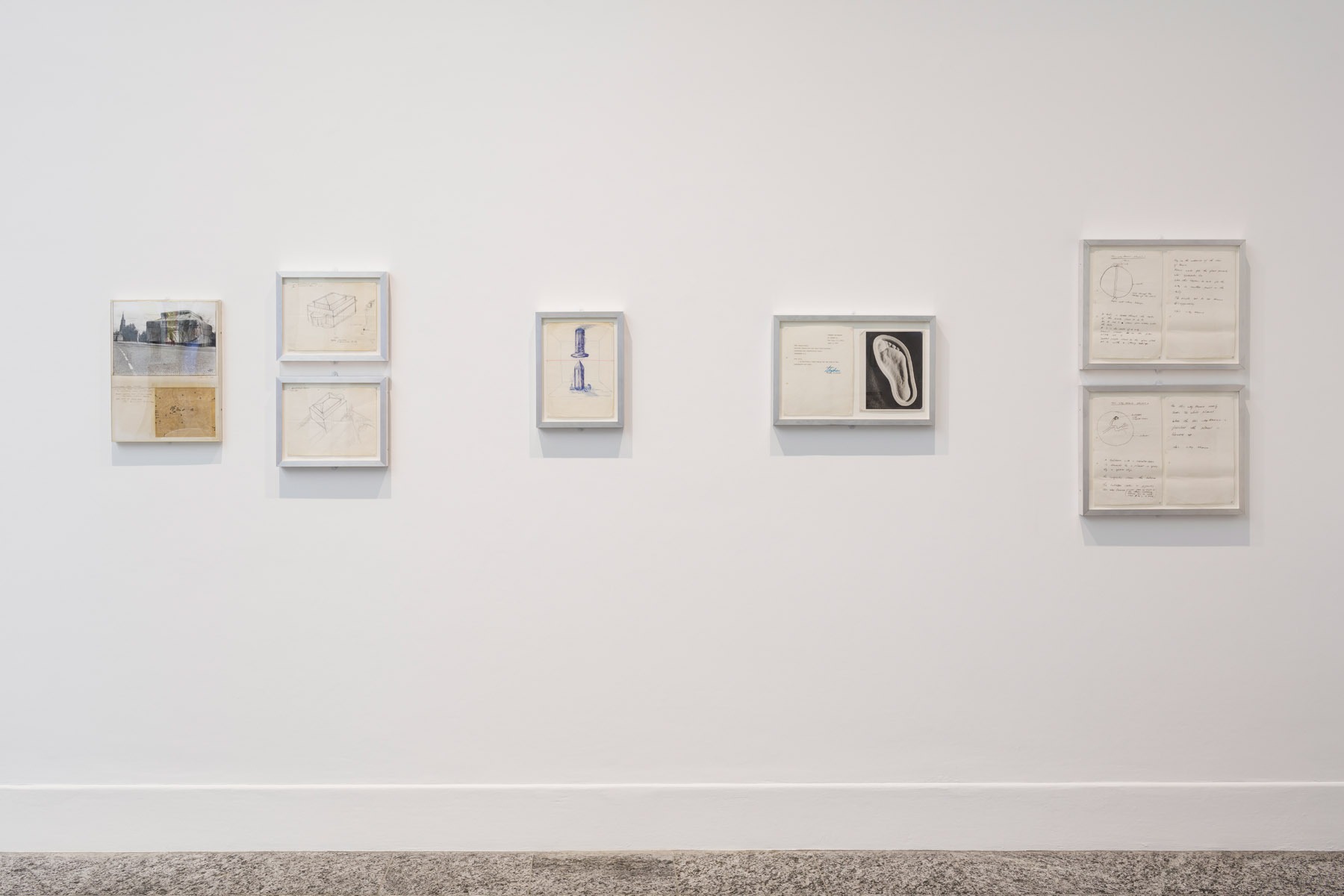 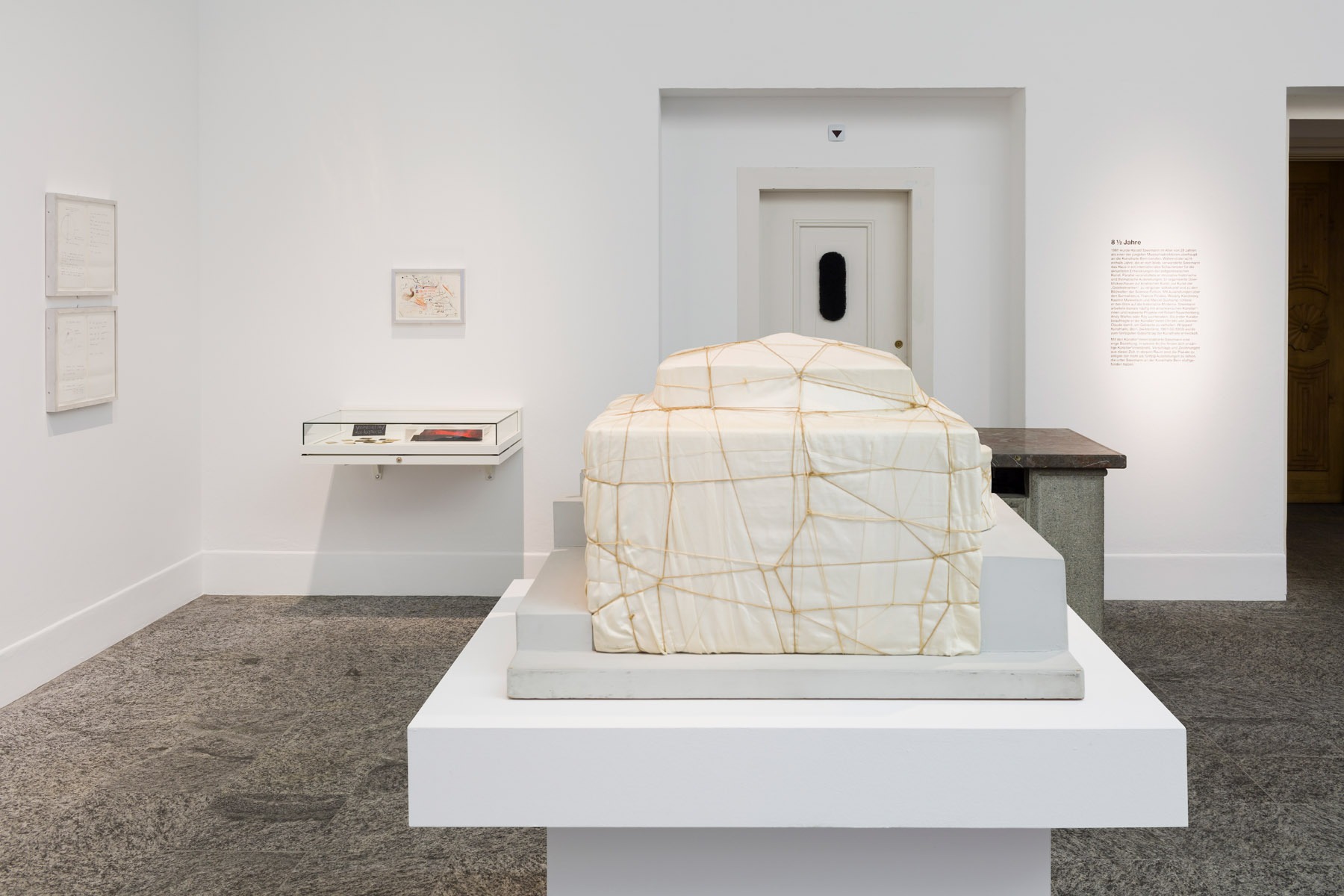 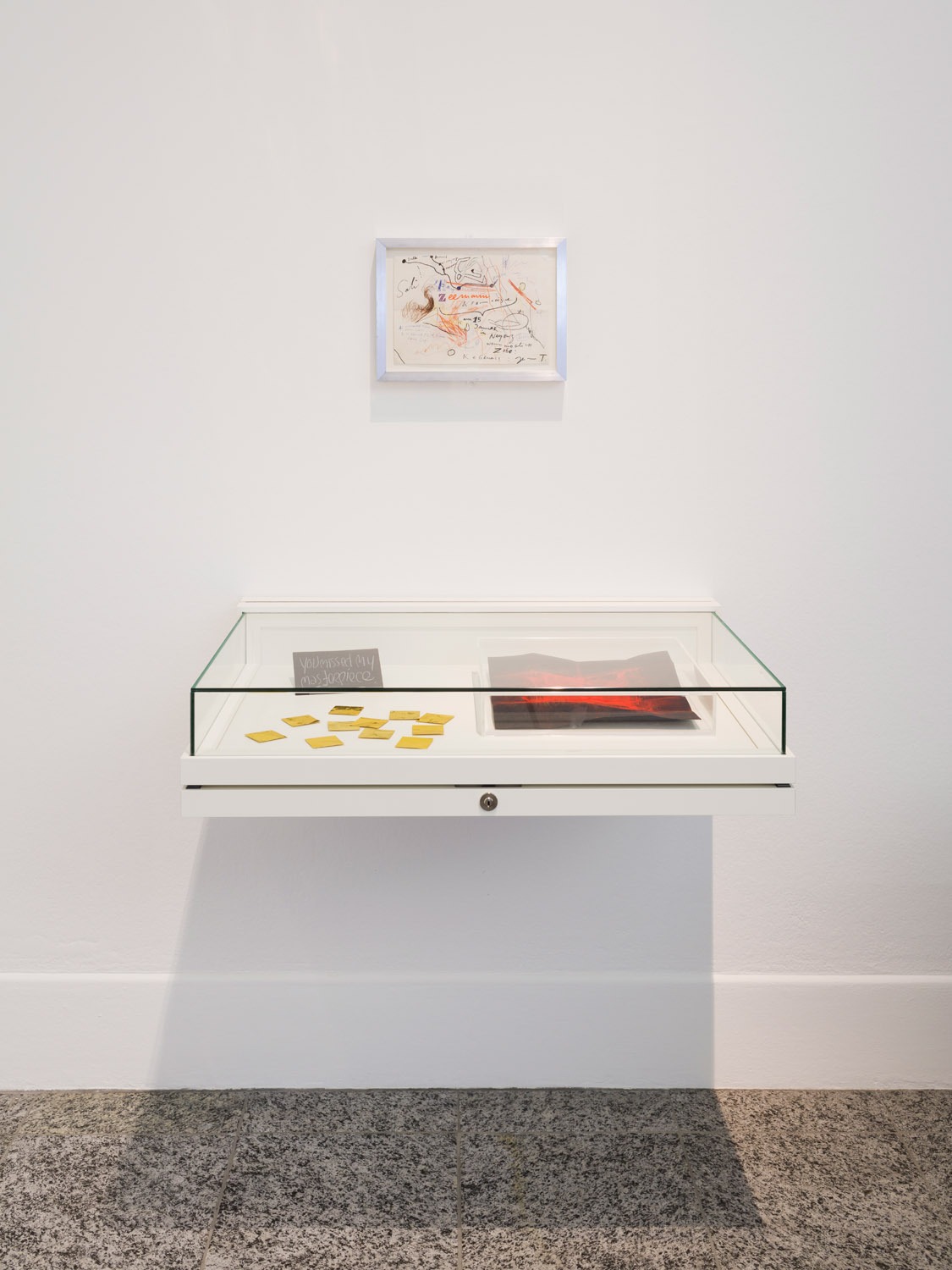 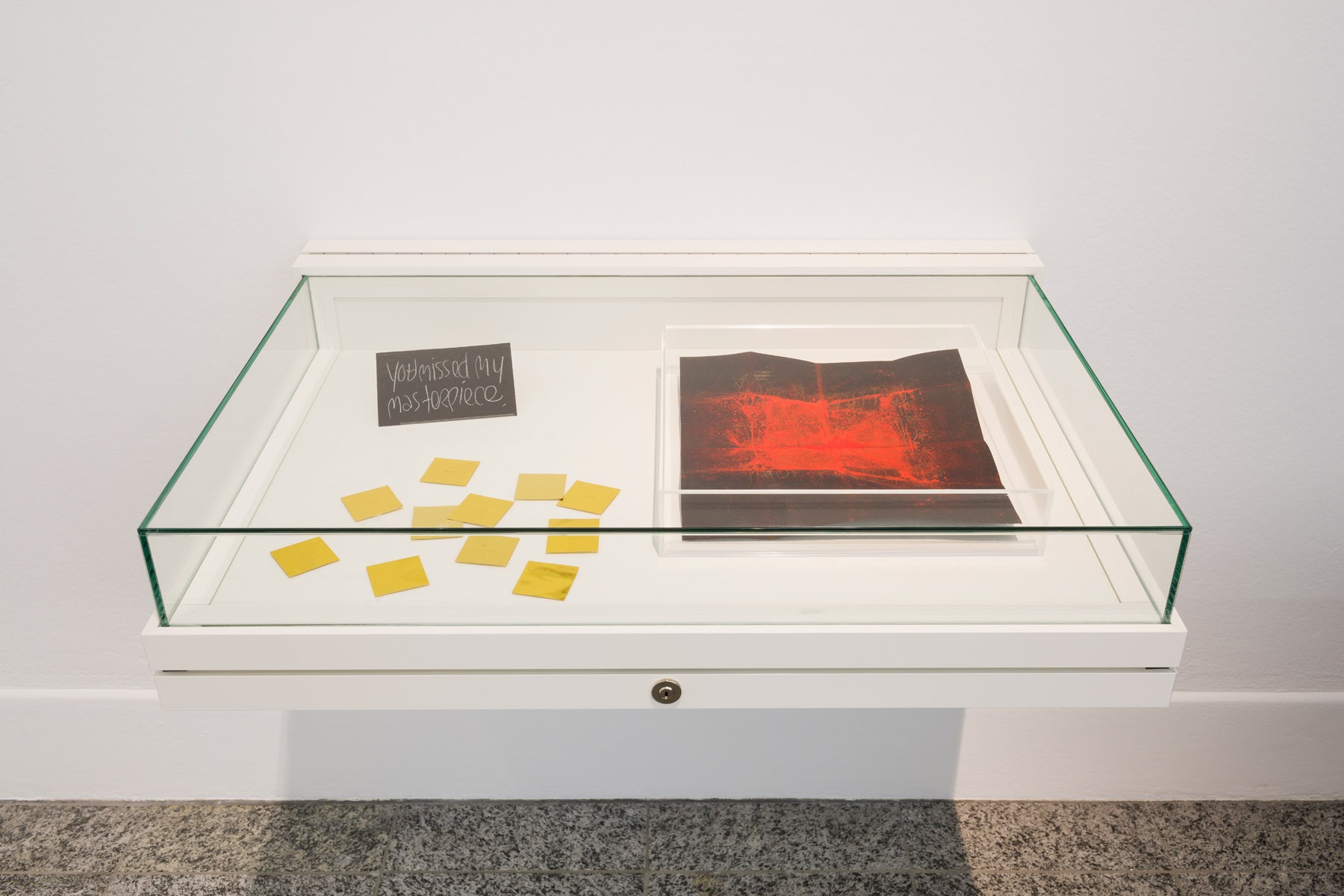 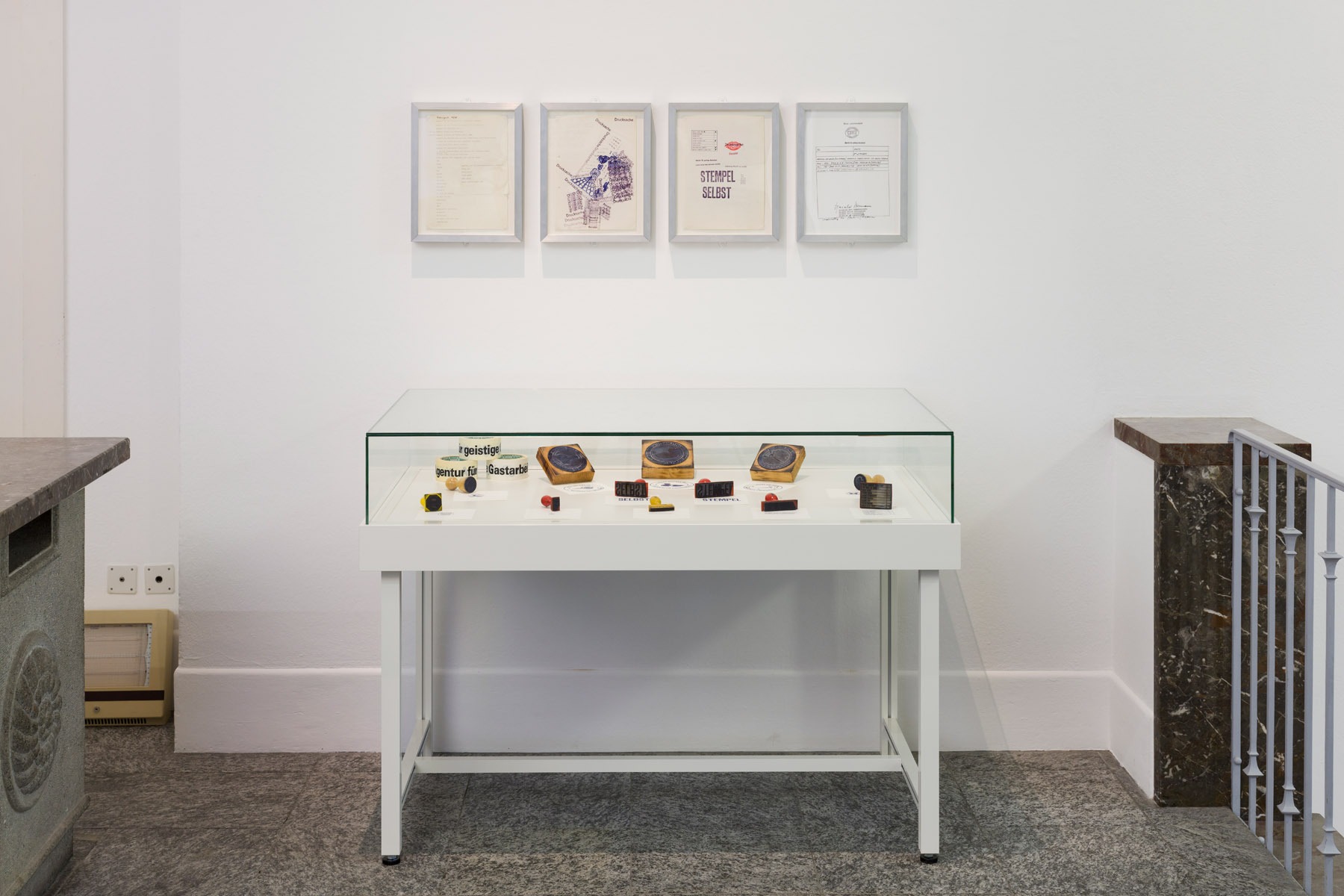 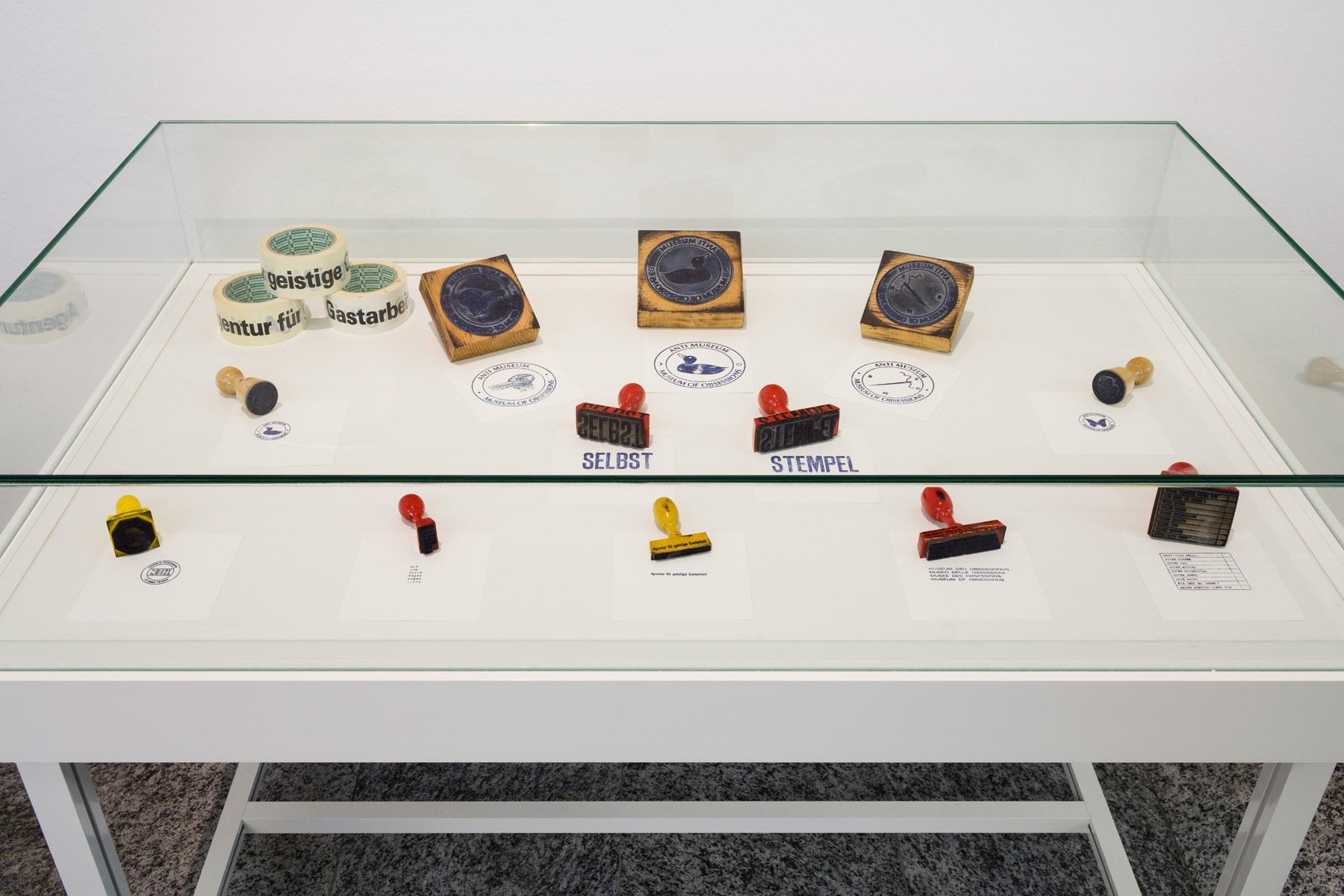 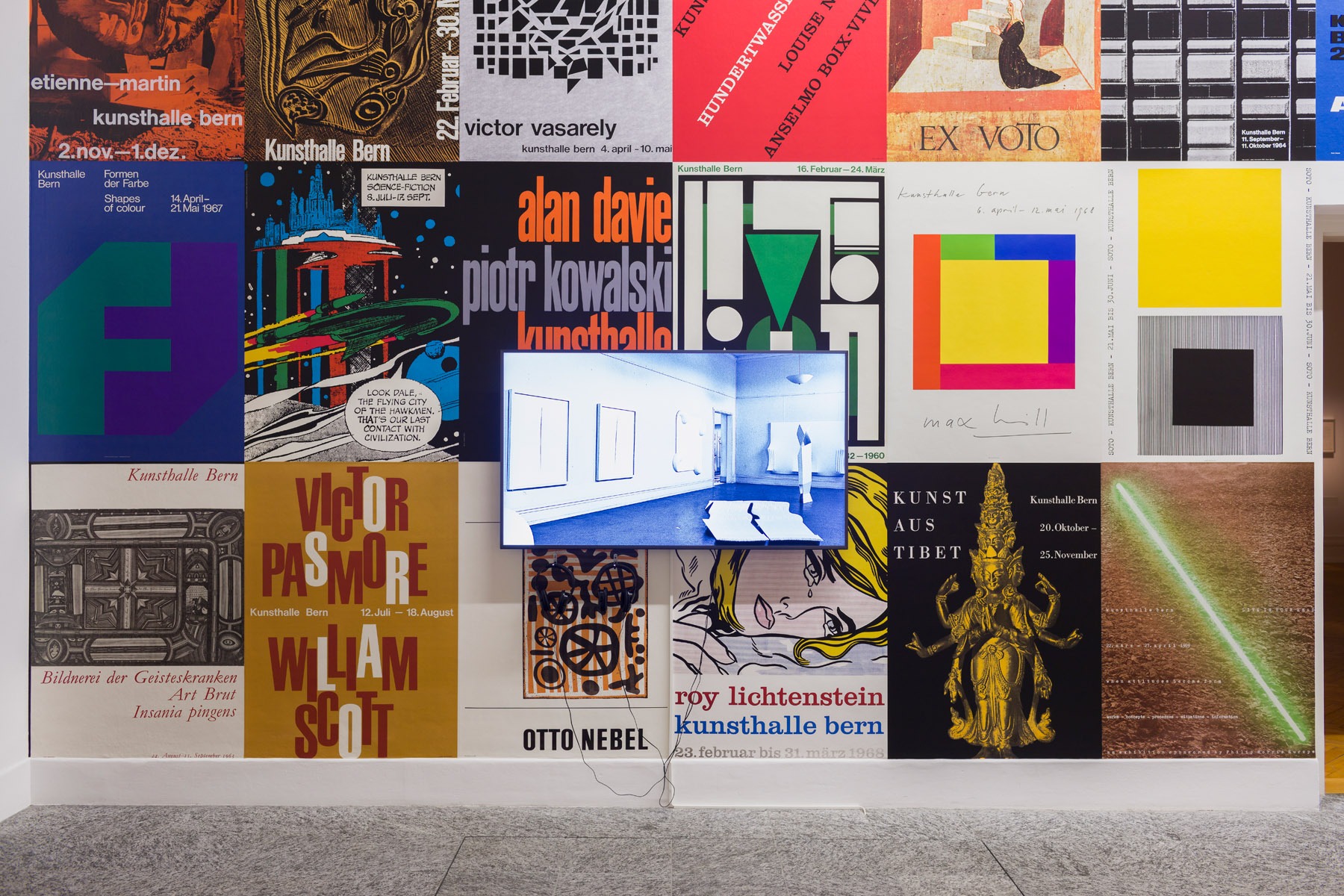 At midyear, we will address one of the Kunsthalle’s most celebrated eras, when it turned fifty. In societal terms, the period around the uprisings of 1968 was an historical moment favorable to the development of new models. Against this backdrop, Bern native Harald Szeemann (1933-2005) took exhibition-making in unprecedented directions as director of the Kunsthalle from 1961 to 1969, inventing groundbreaking curatorial models. With shows like Science Fiction (1968) or his revolutionary Live in Your Head: When Attitudes Become Form (1969), he firmly inscribed himself in the history of 20th century art and brought worldwide recognition to the Kunsthalle Bern. Later, as director of documenta 5 (1972) and freelance curator of his “Agentur für geistige Gastarbeit” and “Museum of Obsessions,” Szeemann conceived further exhibitions that underpinned his reputation as the inventor of contemporary curating.

In 2011 the Getty Research Institute (GRI) in Los Angeles acquired the exhibition organizer and obsessive collector’s enormous estate, which had accumulated within the 2,700 square meters of the Fabbrica Rosa in Ticino where he lived and worked at the end of his life. Embarking on an extremely elaborate cataloging process, the GRI inventoried five decades’ worth of correspondence, objects, and publications documenting Szeemann’s intellectual universe, his research, plans and projects, and his international network. To introduce the work of the curator to a broad public for the first time, the GRI presented two interconnected shows in Los Angeles in February of this year. The exhibition Harald Szeemann: Museum of Obsessions was mounted at the GRI and Grandfather: A Pioneer Like Us (1974), one of the most personal and radical shows Szeemann curated, was restaged at the Institute of Contemporary Art Los Angeles (ICA LA).

The international tour of the exhibition starts at the Kunsthalle Bern, the birthplace of Szeemann’s career and, in hindsight, where one finds the nucleus of his subsequent work. Subsequent tour venues include the Kunsthalle Düsseldorf, the Castello di Rivoli in Turin and the Swiss Institute, New York.

Harald Szeemann: Museum of Obsessions approaches his creative work based on thematic fields that played a pivotal role for him: “Avant-gardes” takes a look at the artists of his generation and his interest in radical pioneers of the early 20th century, covering his time in Bern, his engagement with happenings and Fluxus, and the documenta 5. “Utopias and Visionaries” deals with the exhibition trilogy “Junggesellenmaschinen,” “Monte Verità” and “Der Hang zum Gesamtkunstwerk: Europäische Utopien seit 1800,” in which he searched for new ways of reading modernism based on radical and alternative political movements, utopian ideas and mystical worldviews. The “Geographies” section takes up Szeemann’s Swiss identity, his lifelong interest in traveling and later in exhibitions dedicated to national and regional identities.

In Bern we are additionally pleased to present the Grandfather exhibition at its original site, in the apartment on Gerechtigkeitsgasse 74.

Following the large-scale documenta 5, Szeemann curated the exhibition Grandfather: A Pioneer Like Us in 1974 in his former apartment above the Café du Commerce. It was also the first exhibition by Galerie Toni Gerber. Szeemann dedicated the show to his grandfather, Etienne Szeemann, a famous coiffeur, who was engaged by royal houses and invented a permanent wave device. Harald Szeemann meticulously staged more than 1,200 objects from the estate of the Hungarian migrant. He created the appearance of a reconstructed apartment as the frame to narrate the life story of his ancestor, with whom he felt close on account of the attitude toward life invoked by the title. Szeemann weaved the story of a life into the fascinating arrangement and let the interior installation become a biography. With the exhibition, he invented possibilities of how objects in space can relate a story at multiple levels. For Szeemann, the installation of this exhibition marked an important apprenticeship during which he gained an even greater understanding of the way details can be staged.

These exhibitions have been organized by the Getty Research Institute, Los Angeles, in cooperation with the Kunsthalle Bern (Director Valérie Knoll). Curated by Glenn Phillips and Philipp Kaiser, with Doris Chon and Pietro Rigolo.
The exhibitions will travel to Kunsthalle Düsseldorf, Castello di Rivoli Turin and partly to Swiss Institute New York.
www.kunsthalle-bern.ch