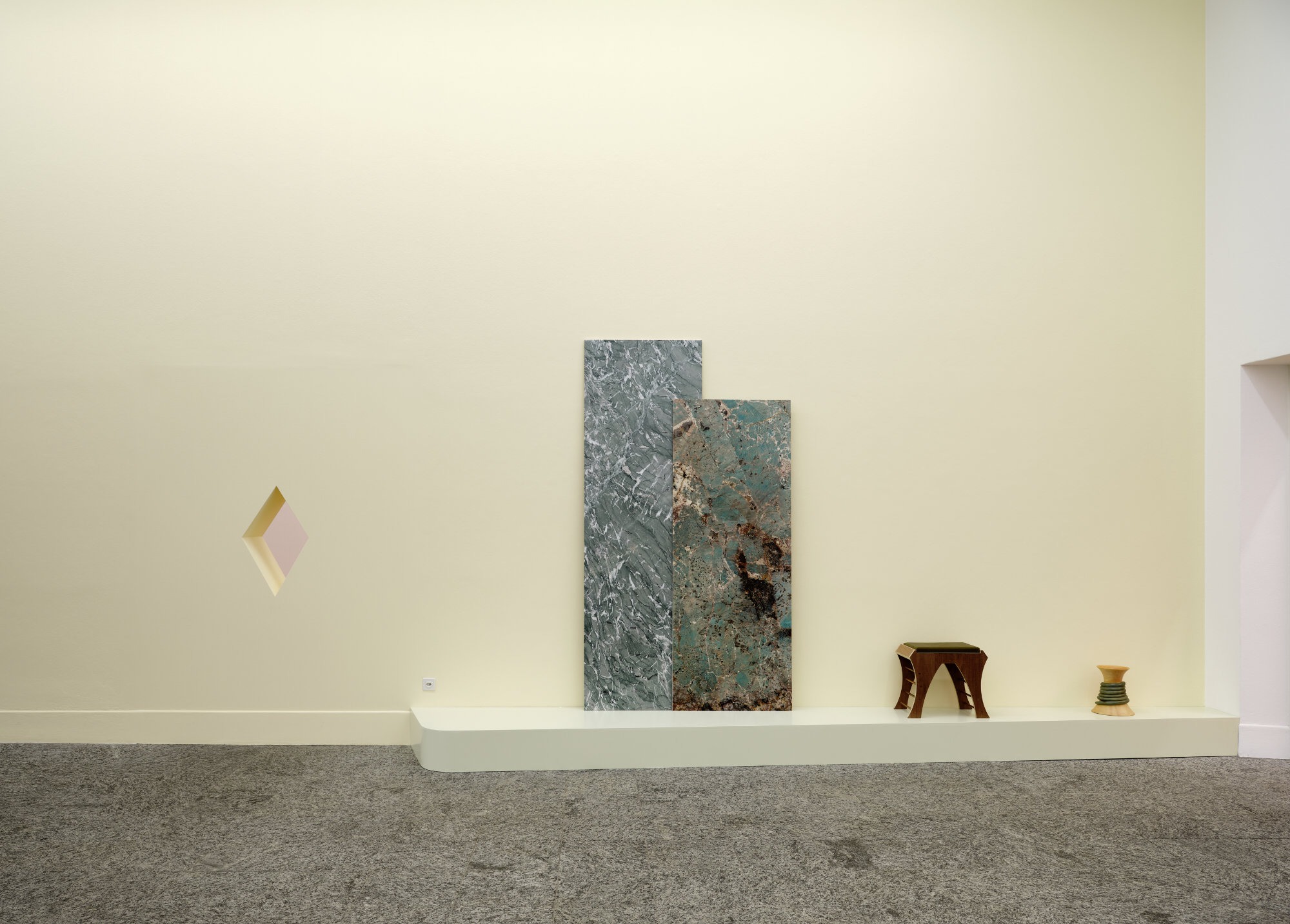 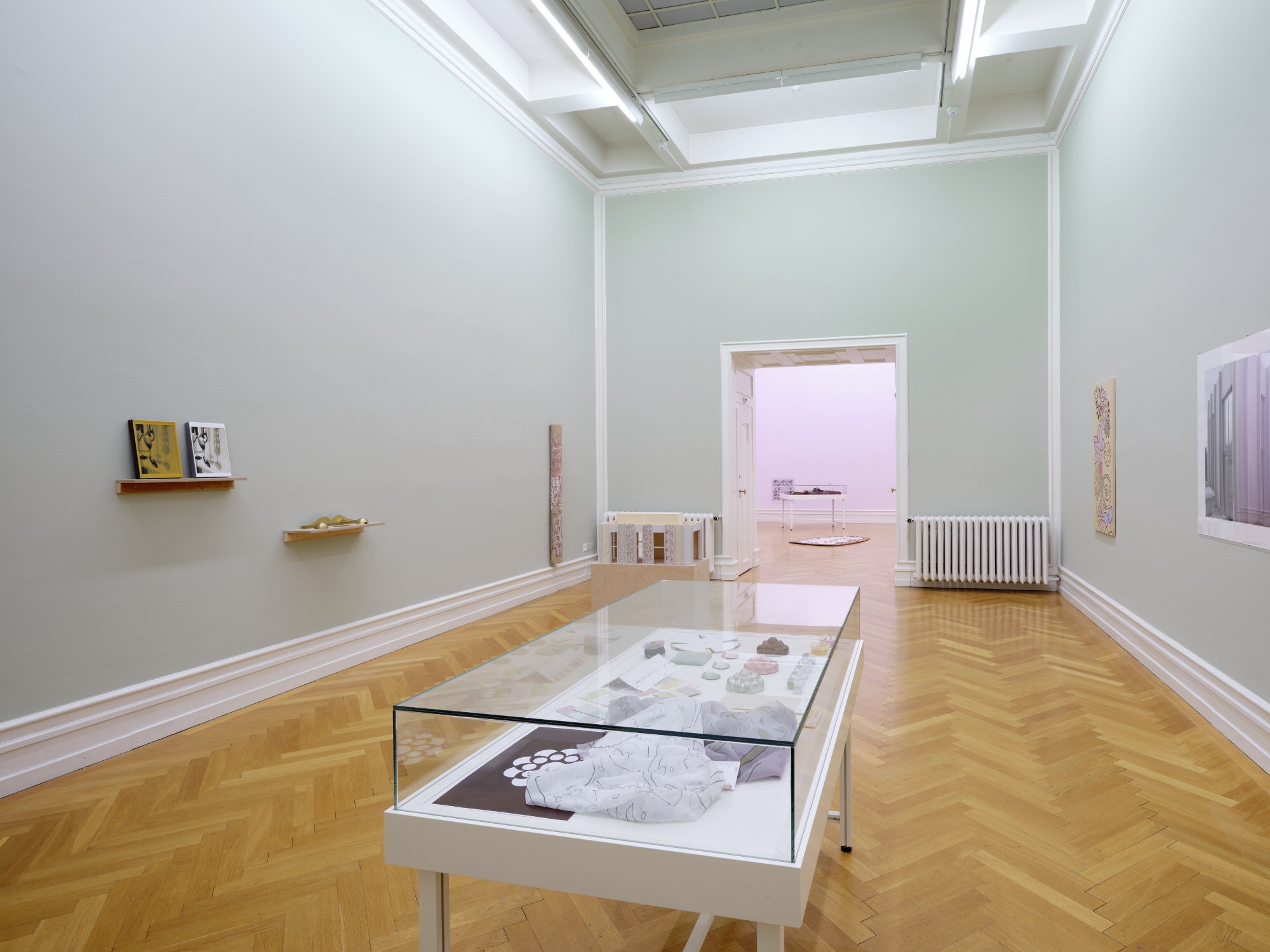 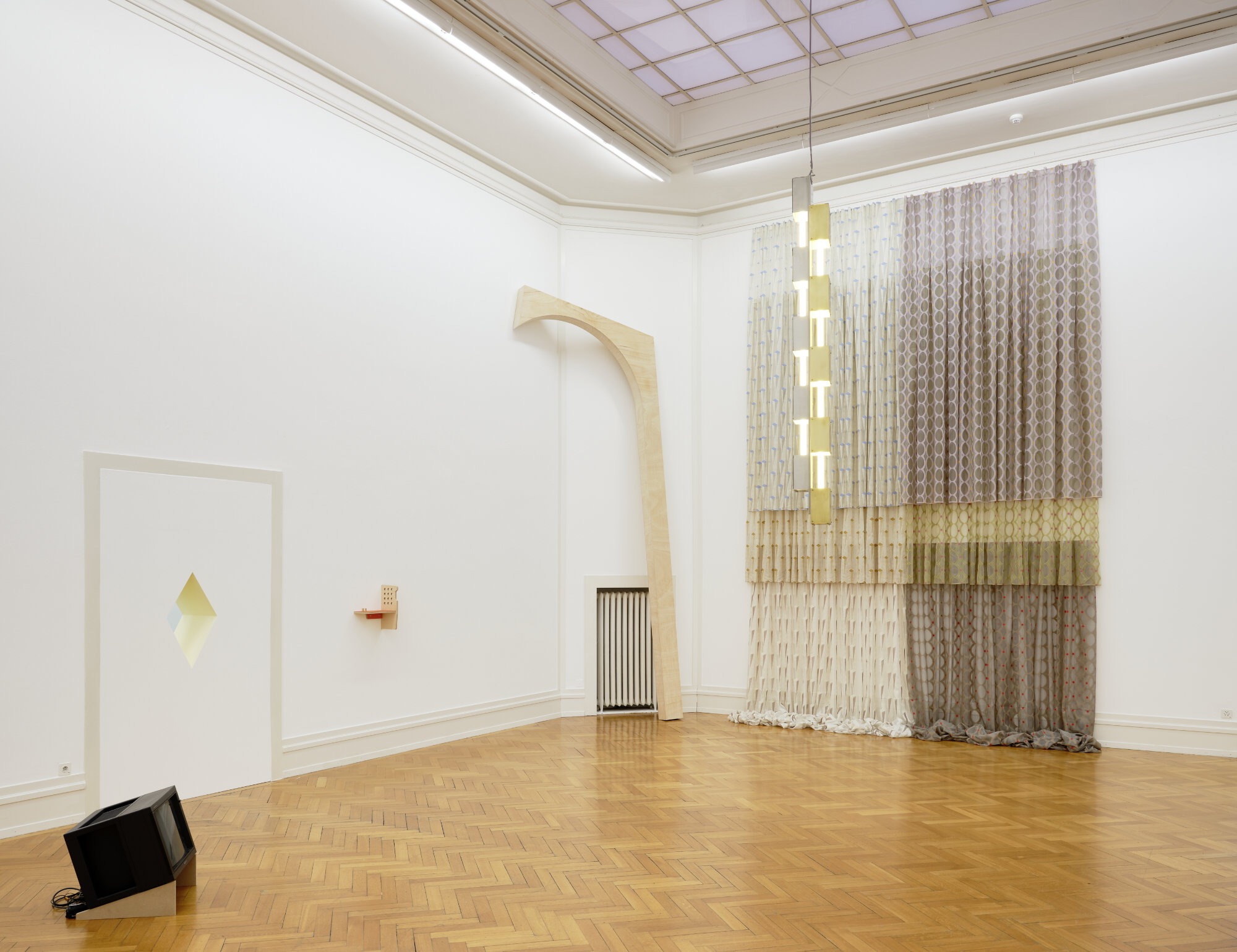 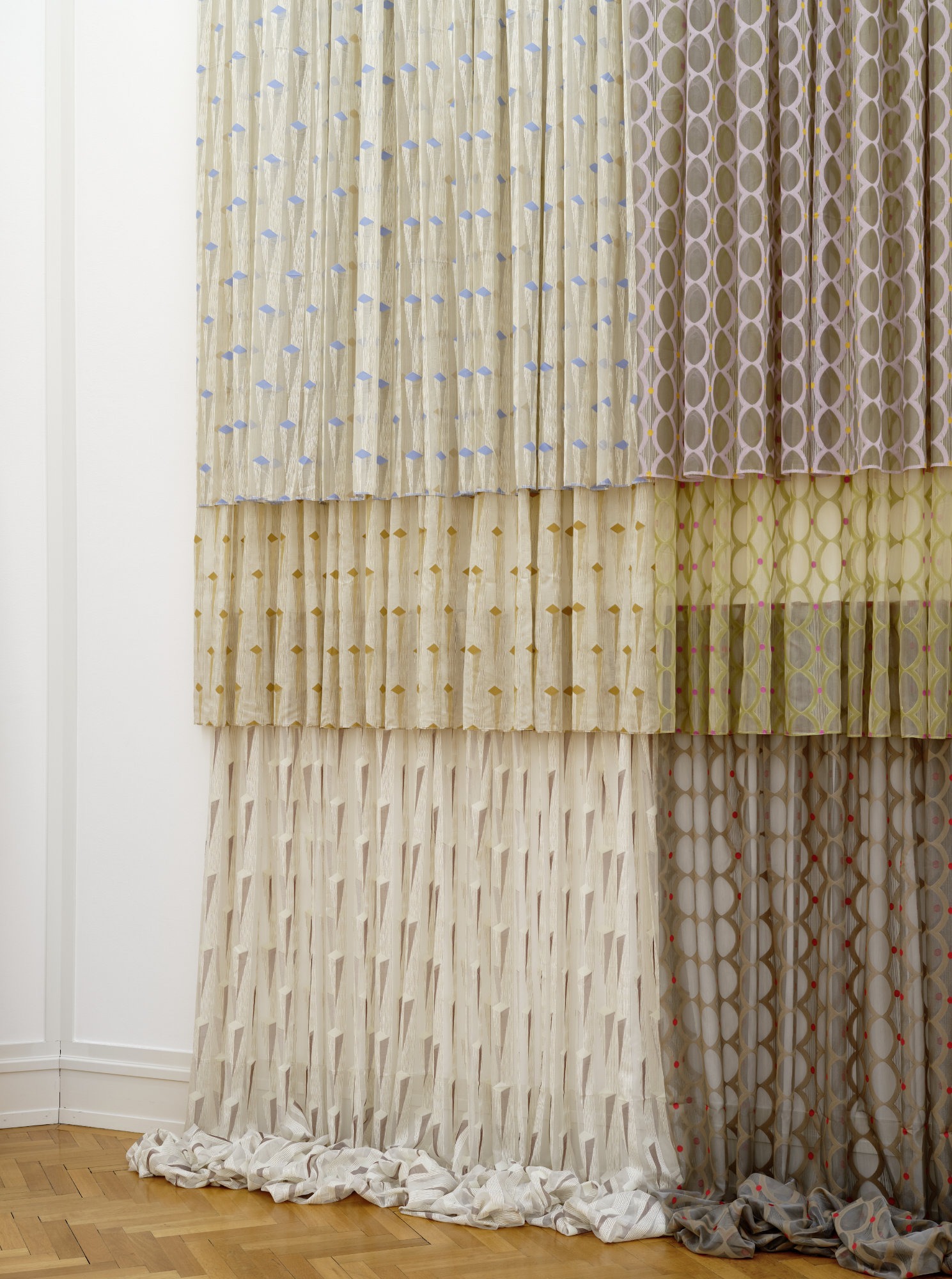 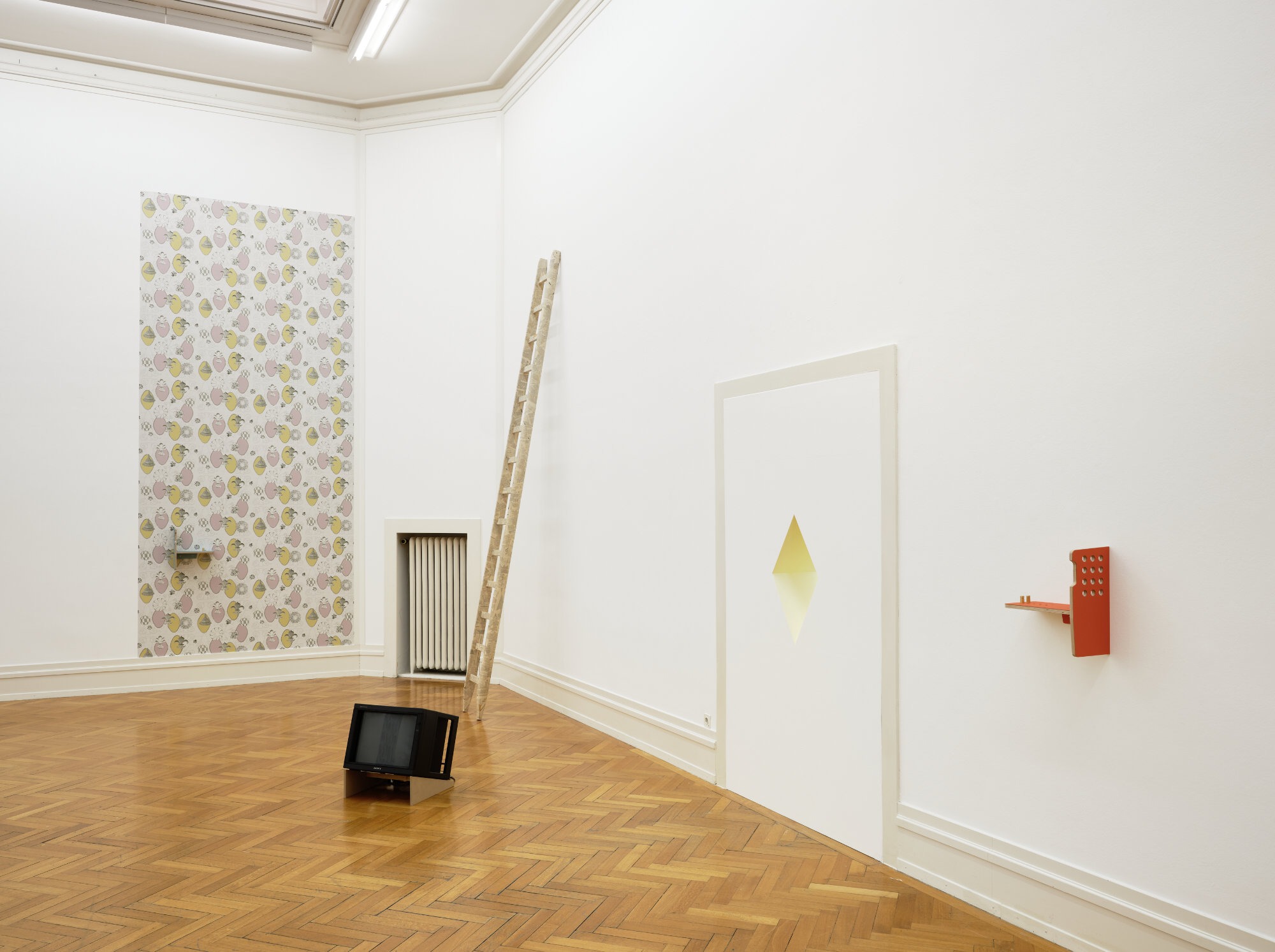 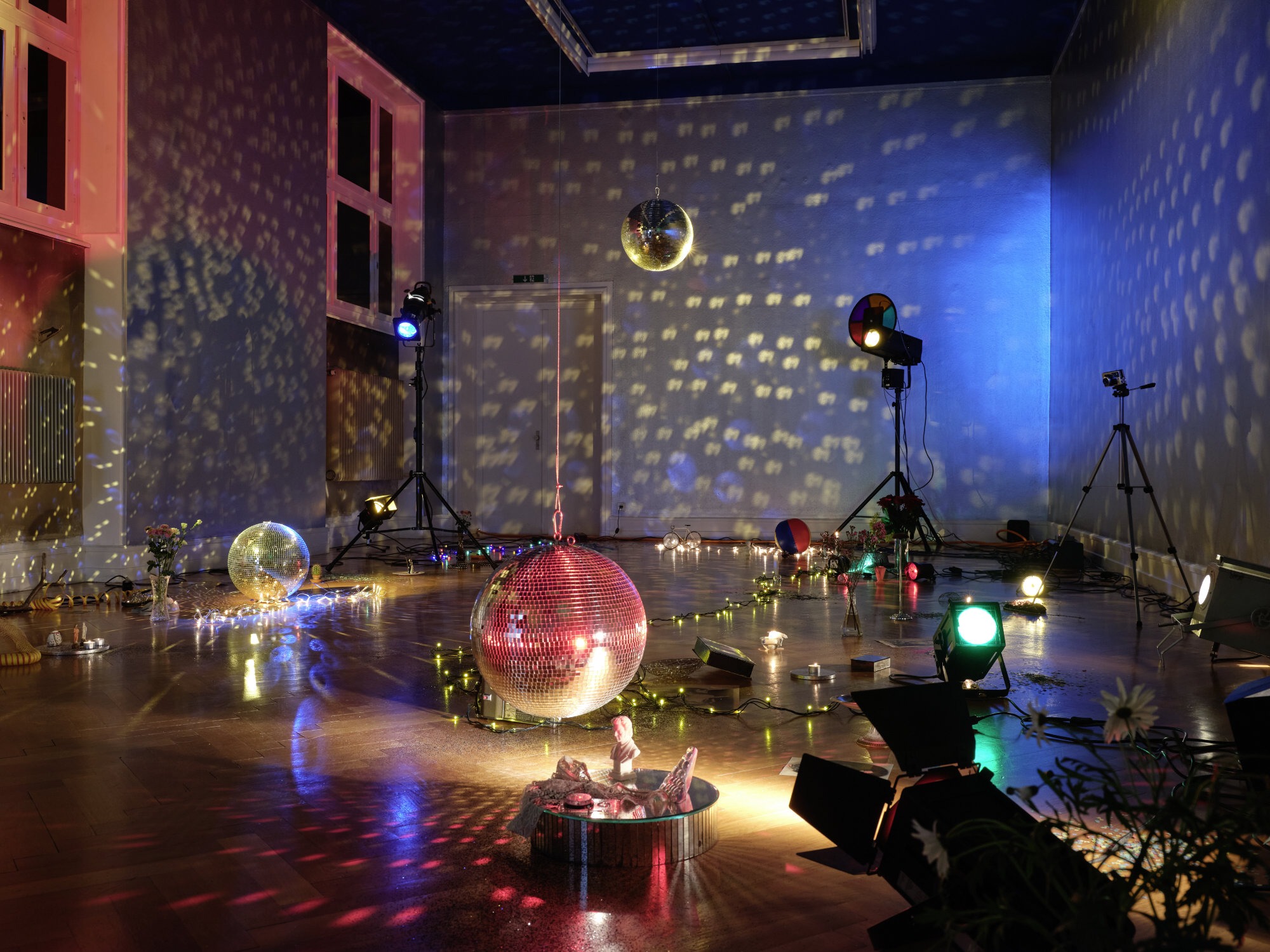 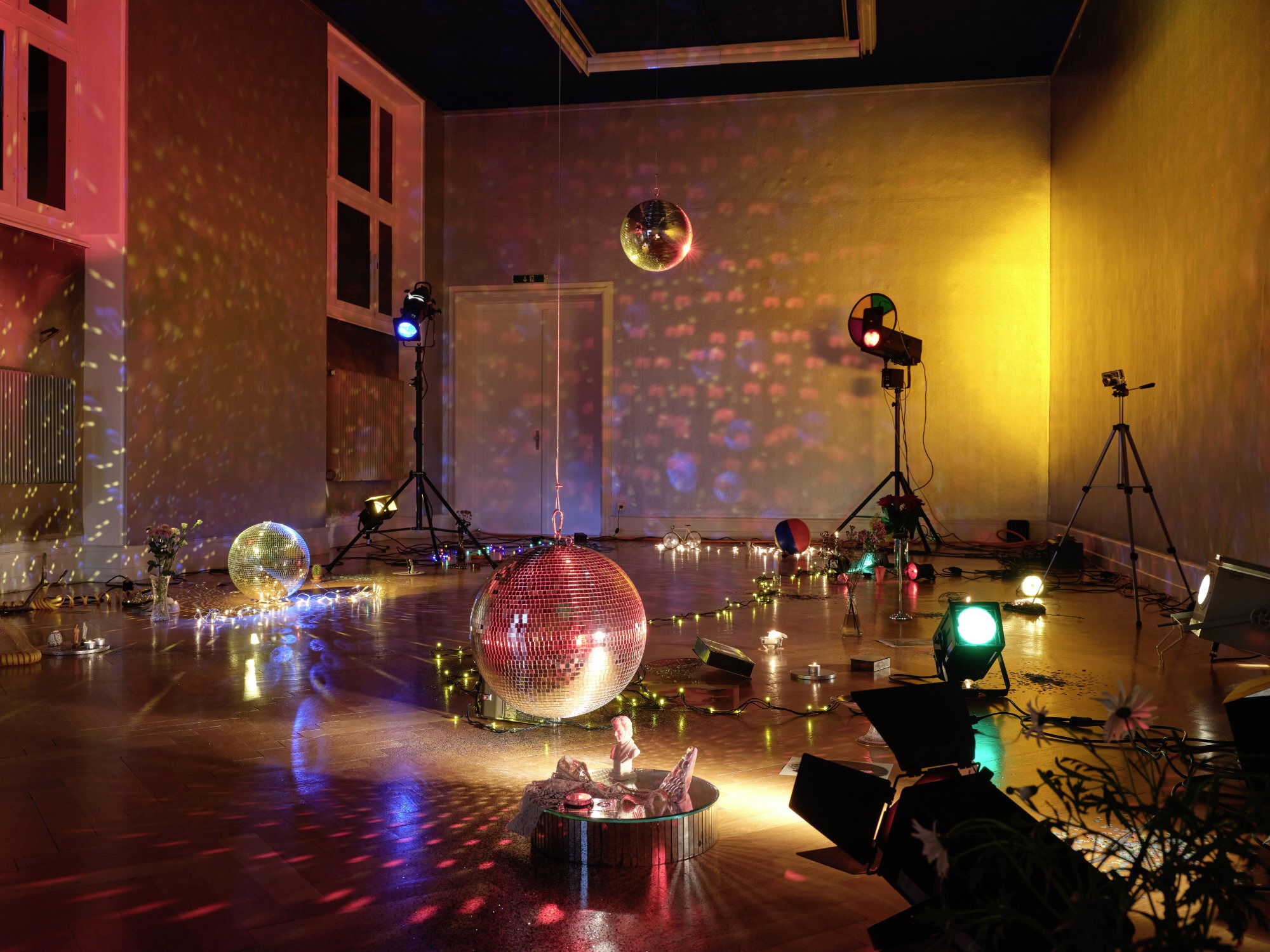 The art of Marc Camille Chaimowicz is rich in nuances. It oscillates in the specific, but at the same time appears abstract and, indeed, other-worldly. Emotional, yet cool. Intimate, yet foreign. His art is cheerful and melancholic. Tasteful, at times almost artificial, but simple.

Even the boundaries between public and private space present themselves as soft shades. But his art is not autobiographic or authentic. The way we furnish our living environments, the way spaces are decorated remains, to some extent, a construction and metaphor. Just as the things we wear on our bodies, our personal furnishings can provide stability. At the same time, however, they are invariably stage and costume in the script of life.

Chaimowicz does not limit himself to the realms of the private: reference to public life is made on a continuous basis. Actions and objects pass into public space or open up to many as serial products.

His exhibition at the Kunsthalle Bern includes works from the 1970s to the present. It focuses on rarely shown works and bodies of works which have never been presented together before. Thus, a large selection of letters Chaimowicz has written since the 1970s Jahren in widely differing life situations. Their poetic nature reflects another characteristic of Chaimowicz’ work: the power of omission to bring suggestive spaces of imagination and the incomplete into effect.

Another arrangement focuses on the private residence of the architect Roger Diener and his wife, the writer Maryam Diener. Chaimowicz has furnished their place near Basel with floors, lamps, tiles and façade paintings, turning it into a total work of art.

In addition to his own artworks, Chaimowicz presents works by other artists in his exhibition: a photograph by the Bern-based photographer Balthasar Burkhard (1944–2010), a long-time friend of Chaimowicz. Also on view are drawings and collages by Nadia Wallis (b. 1967, lives in London), Nancy Brooks Brody (b. 1962, lives in New York) and an installation by Andréa Sparta (b. 1996, lives in Dijon).

The elegant galleries of the Kunsthalle Bern with their mix of exhibition architecture informed by the spirit of modernism and the atmosphere of upper-class apartments of a bygone era are tailor-made for Marc Camille Chaimowicz. In his work he creates a poetics of the interior which unfolds in light-footed choreographies into space. It is a very specific sense of style which becomes image: moods awakened as a result of the delicate deformation of the shape of things and their interplay in the space. Chaimoiwcz’ arrangements are portraits of living environments and lifestyles. They are interwoven with literary, theatrical and painterly references and invoke other worlds through allusions. Some appear as still lifes or stage settings in which one can imagine a literary figure like Emma Bovary. The elements of the interior are often spread out widely in the galleries. At the same time some of the objects suggest they could be used in the domestic realm. As a visitor you move a bit as if in a dream in which things appear both familiar and strange. Sometimes, Chaimowicz’ visual language is infused with a tinge of nostalgia, though it defies attribution to a particular period. It falls out of time onto a plane of timelessness, allowing it to continue fascinating younger generations.