Eating the Universe. Food in Art 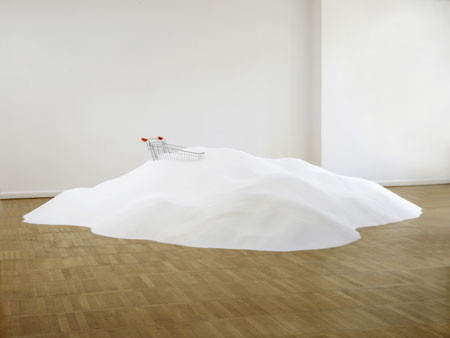 Eat Art, a term coined by Daniel Spoerri for art made with and involving food, has its institutionalized origins in Düsseldorf. Two years after opening his restaurant at the Burgplatz, the Swiss artist founded the Eat Art Gallery in 1970 and inspired numerous artists to produce various editions made of edible materials and food wastes. The exhibition “Eating the Universe” — a title created in the 1970's by Peter Kubelka, former professor for Film and Cooking at the Frankfurt Städelschule, for a TV-show about cooking as an artistic genre — takes generous stock of the phenomena from today's perspective and traces the original character of eat art from its origins until today. The exhibition demonstrates the continuing great attraction of the topic of food as a fundamental interface of art and life and its enormous relevance until the present day, especially against the backdrop of issues such as affluence and hunger, the anti-consumerism and anti-globalization movements, modern dietetics and cooking shows, health crazes and fast food.
The exhibit is structured into two sections. Based on select seminal works by Daniel Spoerri, as well as some of the most important multiples created for the Eat Art Gallery, the small historical part of the exhibition traces the origins of Eat Art and presents a reconstruction of the gallery and its activities. The main part of the exhibition features a wide range of more recent work dealing with the use of edible materials. They include sculptural takes on the aesthetic materiality of food, work that tests the boundaries of good taste and revulsion or that breeds organisms under the conditions of industrial food production. The kitchen as a creative and social production site is just as much an issue as the media impact and marketability of gastronomical performances. Some works reflects the behavioral patterns of our affluent society, consumer culture and corporeality, as well as ideals of beauty and eating disorders, other pieces play with the surreal, cryptic or grotesque aspects of the way we handle food in our everyday lives. The exhibit includes important international loans, as well as objects and performances developed especially for the project by selected artists.

The exhibition will be presented in the Gallery of the Taxipalais Innsbruck from April 24th until July 4th, 2010 and at the Kunstmuseum Stuttgart from September 18th, 2010 until January 9th, 2011.
www.kunsthalle-duesseldorf.de