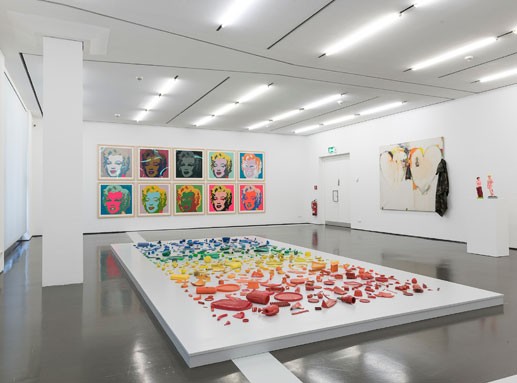 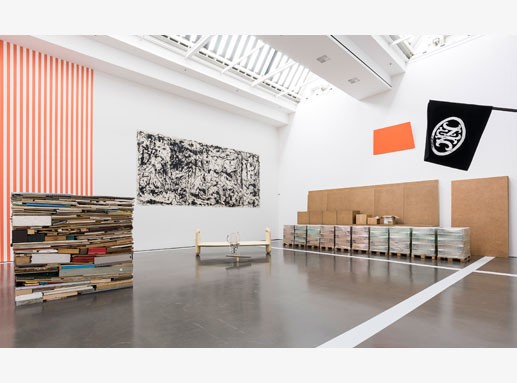 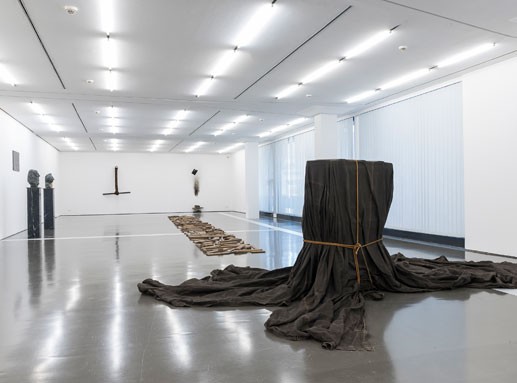 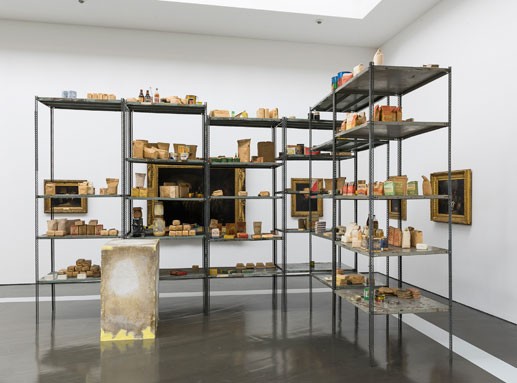 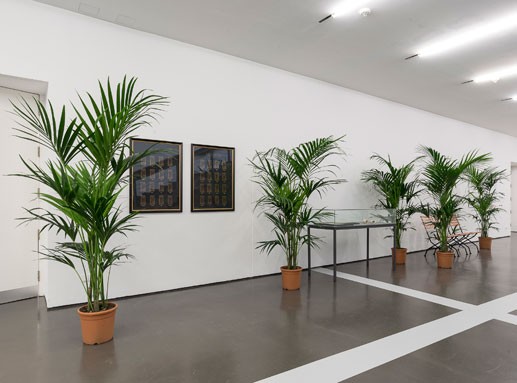 Since its founding in 1881, the Kunsthalle Düsseldorf along with the Kunstverein für die Rheinlande und Westfalen have been devoted to current artistic production. Contemporary modern art was the focus even at the original museum in its Classicist building. In addition to important artists such as Cézanne, van Gogh, Monet, Renoir, Rodin, Kirchner, Schmidt-Rottluff, Pechstein, Nolde, Kandin-sky, and Matisse, legendary Sonderbund exhibitions took place at the museum in 1909 and 1911.

In 1967 the building, which had been severely damaged in the war, was torn down and rebuilt as a brutalist concrete cube on Grabbeplatz by the architects Beckmann and Brockes. On 30 April 2017, the Kunsthalle Düsseldorf will celebrate its fiftieth anniversary in the building on Grabbeplatz.

The large number of over 500 exhibitions has significantly shaped the institution’s identity as an exhibition venue for cutting-edge contemporary art. In this anniversary year, the fact that such programmatic and pioneering exhibitions took place here very early on and continue to take place to-day will be reflected on art-historically against the background of the changing values during this period.

The first of a total of four programmatic exhibitions in this anniversary year bears the title Economic Values / Museum Values and explicitly examines the history of the Kunsthalle Düsseldorf since its reestablishment—in the same spirit as PROSPECTRETROSPECT, but from today’s perspective. Movements and positions of artists and works exhibited then which were cutting-edge, experimental, and barely or not at all established at the time are now largely part of international muse-um collections and have thus become canonized. The focus of this exhibition is the period from 1966 to 1981. In close collaboration with the Stedelijk Museum voor Actuele Kunst in Ghent (S.M.A.K., reestablished in 1980), we will present a selection of works from the collection of a musée imaginaire. The point of departure will be artworks that uniquely reflect and document the “spirit” and the European interconnections between the Belgian and German art scenes within this generation of artists. The particular geostrategic situation of the Rhineland and its neighbors of the Netherlands and Belgium will be a particular focus. Geographic proximity along with differences, conceptual and sensory interests, and fruitful encounters between artists, gallerists, collectors, and institutions will form the conceptual backdrop of the exhibition. Düsseldorf, Krefeld, Monchengladbach, Leverkusen, and Cologne in Germany, and Eindhoven, Antwerp, Brussels, and Ghent to the west have engaged in a continual exchange. The reestablishment of galleries such as Wide White Space (1966 in Antwerp) and Konrad Fischer Galerie (1967 in Düsseldorf) were manifestations of this new orientation.

The work that gives the exhibition its name is the installation Wirtschaftswerte (Economic Values) by Joseph Beuys, which was first shown in 1980 in Ghent in the exhibition Art in Europe after 1968. The work consists of food products typical of the German Democratic Republic on sparsely stocked, simple iron shelves as a counter-image to the surplus of products at supermarkets in the West. It is a critique of a society based on disposable goods and the misuse of resources that are essential to life, one of which Beuys believed was human creativity. The shelves are framed by classic paintings from the collection of the Museum Kunstpalast from Karl Marx’s day.

Another important work from that time is the Ikonenraum that Imi Knoebel realized in Ghent, which is now presented as the Genter Raum (Ghent Room) in the collection of the state of North Rhine-Westphalia at K21. Works from the legendary S.M.A.K. exhibition Art in Europe after 1968 and the museum’s collections—including pieces by Yves Klein and Andy Warhol—further expand the breadth of artworks from this period, while also exemplifying the central difference between a Kunsthalle (an exhibition venue without a collection) and a museum that can acquire artworks for a public collection.

The exhibition Marcel Broodthaers: A Retrospective that will take place simultaneously at K21, featuring the multifaceted work of the Belgian artist (1924–1976), will draw attention in Düsseldorf to another central and still relevant contemporary. Broodthaers’s oeuvre, which took shape amid Pop Art, Minimalism, and Conceptual Art, represents a highly critical and idiosyncratic position within the avant-garde art scene. His institutional-critical installations and cinematographic works are also paradigmatic of this time and of the Kunsthalle Düsseldorf, which devoted several exhibitions to Broodthaers. In 1972, for the first time he exhibited his Department of Eagles in full, which is now part of the art collection of the state of North Rhine-Westphalia. In 2010 the Kunsthalle along with the Kunstverein für die Rheinlande und Westfalen presented homage to him in Real Presences: Marcel Broodthaers Today.

With the exhibition Economic Values / Museum Values, the Kunsthalle Düsseldorf will temporarily become a venue for a museum exhibition and will thus also focus on the current question of the value and perception of institutions with and without their own collections. The changes in values in museums, the art system, and society since the 1960s as well as the question of the critical approach to this history and its significance for artists play a role. In the past fifty years, a radical change has occurred in all areas of our society, three examples of which are the 1968 student movement, the collapse of the Eastern bloc, and the digital revolution. Likewise, the boom in museums since around 1980 and major exhibitions such as Westkunst, von hier aus, and Bilderstreit, the marked increase in the “eventification” of culture, along with a boom in art fairs, biennales, the new role of cultural sponsorship, the move of the federal government in Germany from the Rheinland to the new “creative center” of Berlin, and debates about a so-called “victors’ art” (Wolfgang Ullrich) and many other topics have ushered in a change in values that has barely been understood in all its dimensions, in which art is lent a rather negative connotation as a product, decoration, or an object of prestige or speculation: art = capital.

Like Joseph Beuys in his day, today we aim to positively direct people’s gaze to the life-sustaining and healing qualities of the “nourishment or fuel” that is art in order to sensitize them to a more conscious approach to (these) valuable and value-building resources, especially in a time of increasingly senseless waste.

The exhibition will also feature a temporary installation that points to our approach to time in the continuation of On Kawara’s ONE MILLION YEARS – PAST AND FUTURE from 1969, which will be read by two people in parallel in the exhibition.
www.kunsthalle-duesseldorf.de