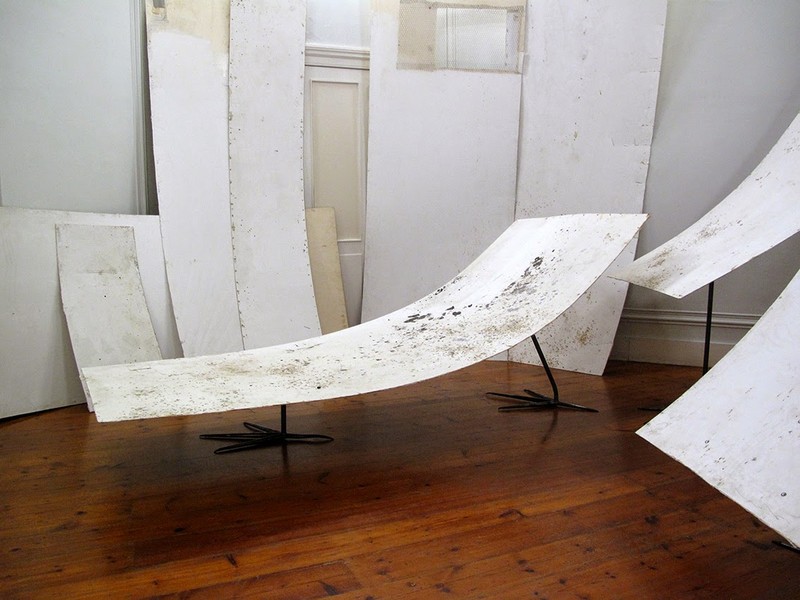 PETRIT HALILAJ
I'm hungry to keep you close. I want to find the words to resist but in the end there is a locked sphere. The funny thing is that you're not here, nothing is
28 August - 27 September 2014

Kunsthalle Lissabon presents I'm hungry to keep you close. I want to find the words to resist but in the end there is a locked sphere. The funny thing is that you're not here, nothing is., the first solo show of Kosovo artist Petrit Halilaj in Portugal.

Petrit Halilaj was born in present day Kosovo in 1986. He is too young to remember the fall of the Berlin Wall, but old enough to remember the ensuing consequences of that historic moment for the geographic area that rapidly came to be known as “ex-Yugoslavia”. In questioning his own life experiences, the artist has come to reject pathos or any kind of nostalgia associated to his childhood memories of life as a refugee, privileging instead a more optimistic and materially complex practice, which favours a more critical and politically relevant approach.

From the start of his artistic activity, Halilaj’s preference for ordinary materials and childhood memories have come to constitute an attempt to understand what notions of “home”, “nation” or “cultural identity” might mean. The way in which he frequently combines earth, rubble, wood, birds (especially domesticated birds like chickens or canaries) or delicate drawings, evokes a personal and utopic world. At the same time, it reveals the incontrovertible reality of a geo-political situation that is much vaster and all encompassing than any single subjective experience of the world.

For his first exhibition in Portugal, Petrit Halilaj will present the inner structure of the nest that previously formed the project he developed for the Republic of Kosovo’s first official representation in the Venice Biennale of 2013.

The exhibition at the Kunsthalle Lissabon recovers both the work’s title and the inner structure (made of wood panels and paint) of the installation. By moving this structure to Lisbon, these panels cease to operate as forms that construct and outline a space, and become the content of the project itself. Halilaj presents these architectural elements as both simple construction materials and as independent and autonomous objects, bearing the marks of their previous lives and usage.

For the original presentation in Venice, the panels were demarcating an inaccessible, closed space; a private nest for two canaries, which visitors could only peep at. Now, this space is open and accessible to the public, who are free to walk amongst the panels.

Furthermore, by situating these components in the exhibition context of the Kunsthalle Lissabon, which has been self-performing as an institution since its conception, the artist reflects on questions connected to the ways in which national or other representational logics are materialized in certain objects, and in the narratives they conjure.