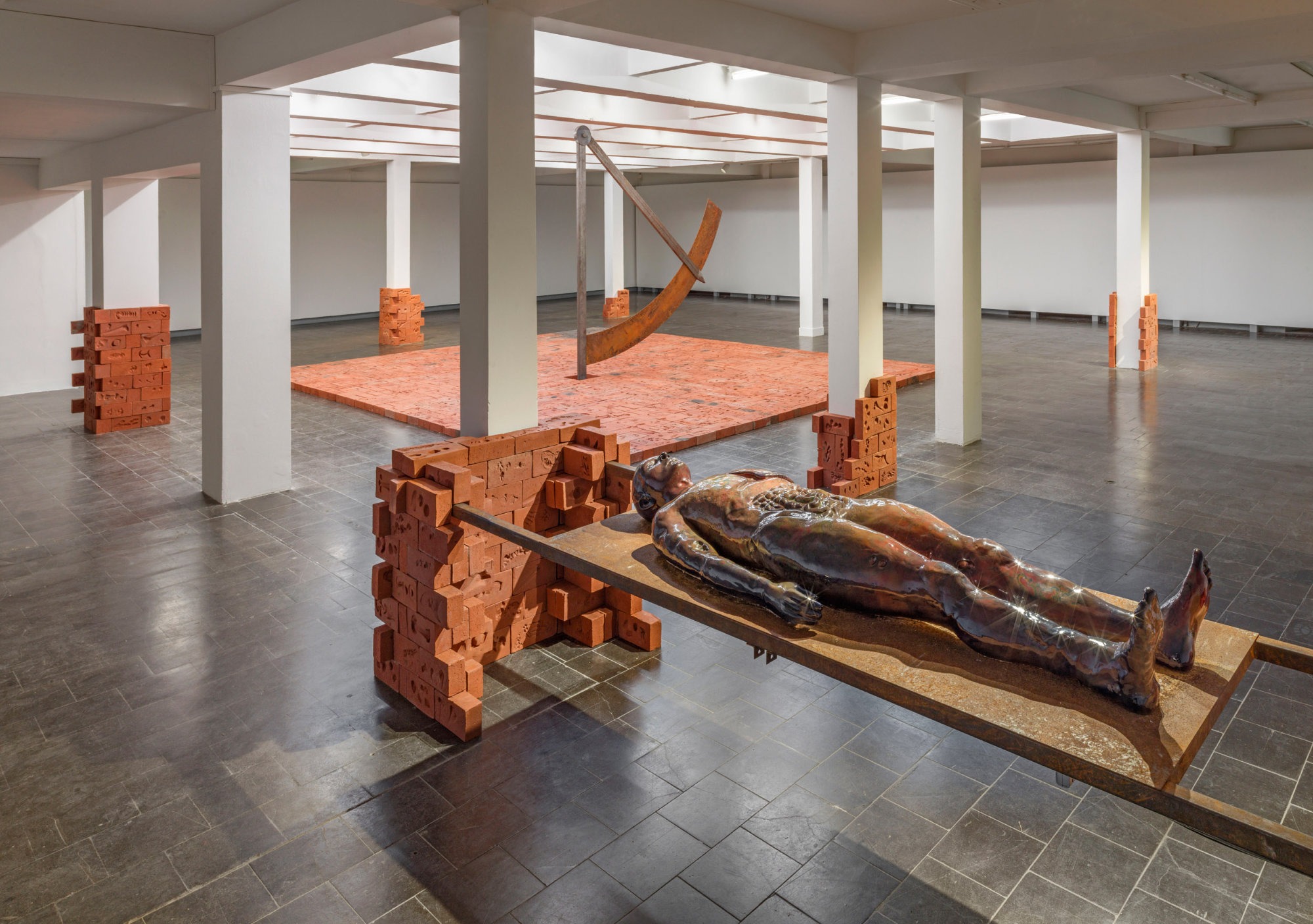 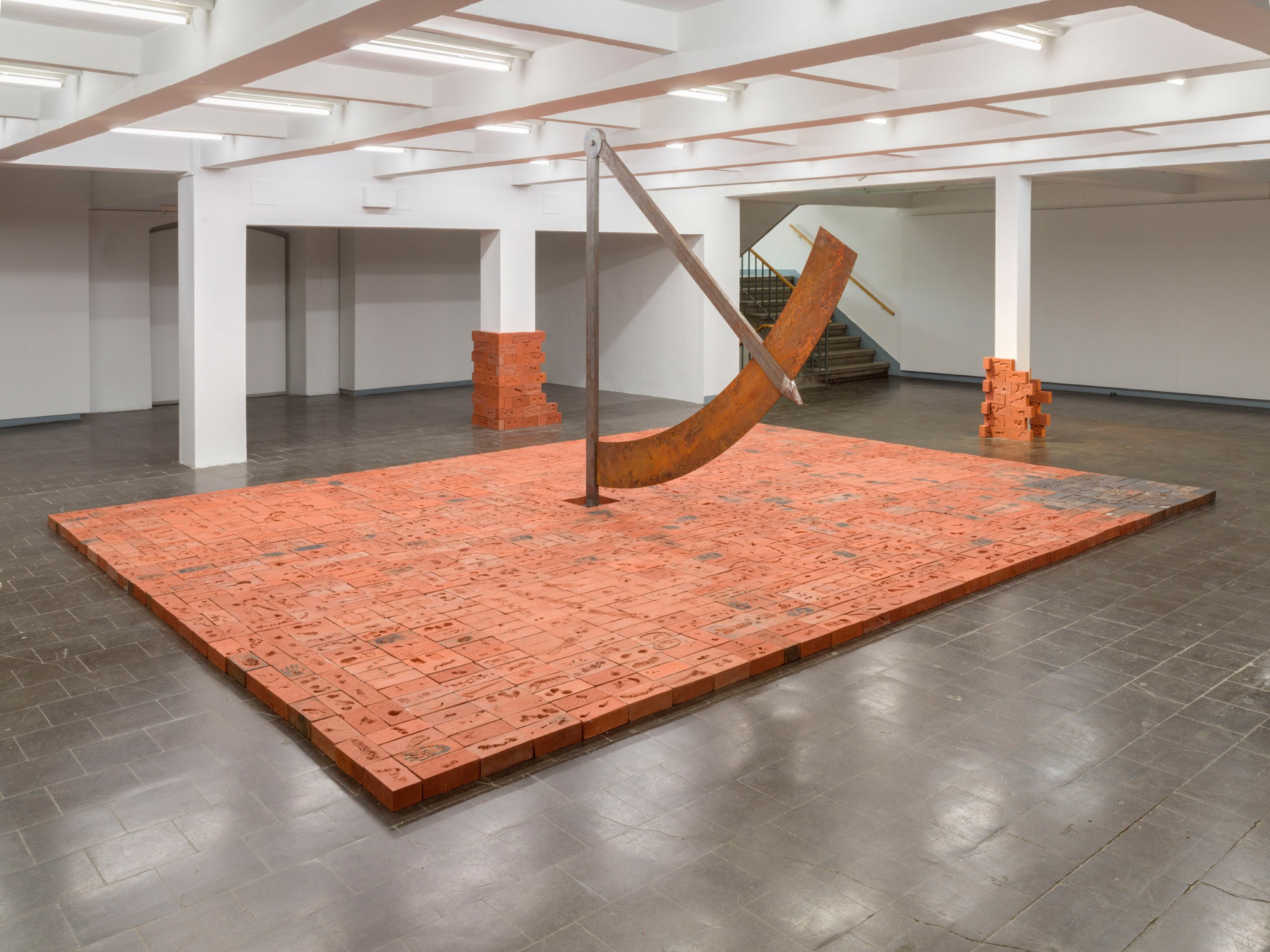 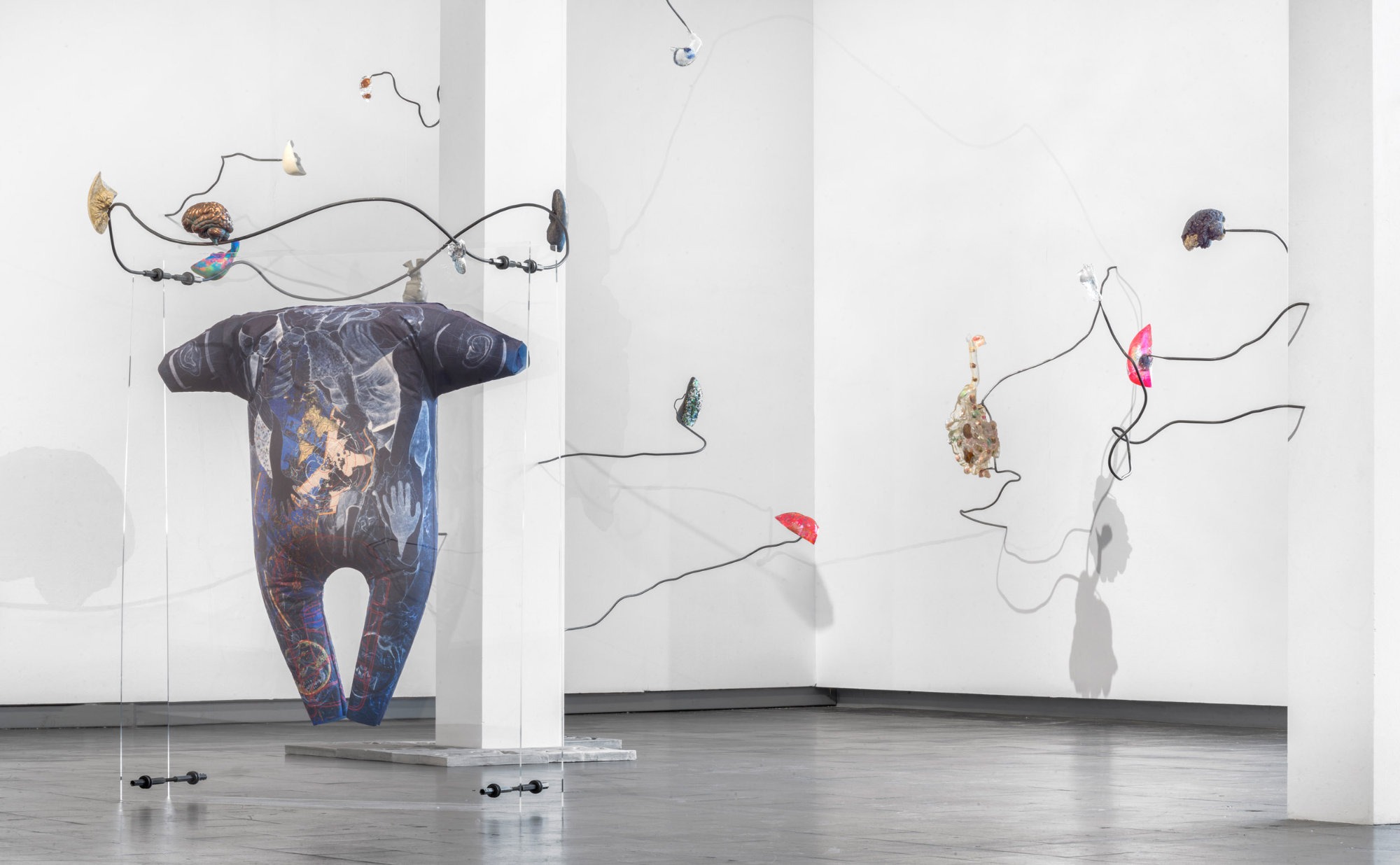 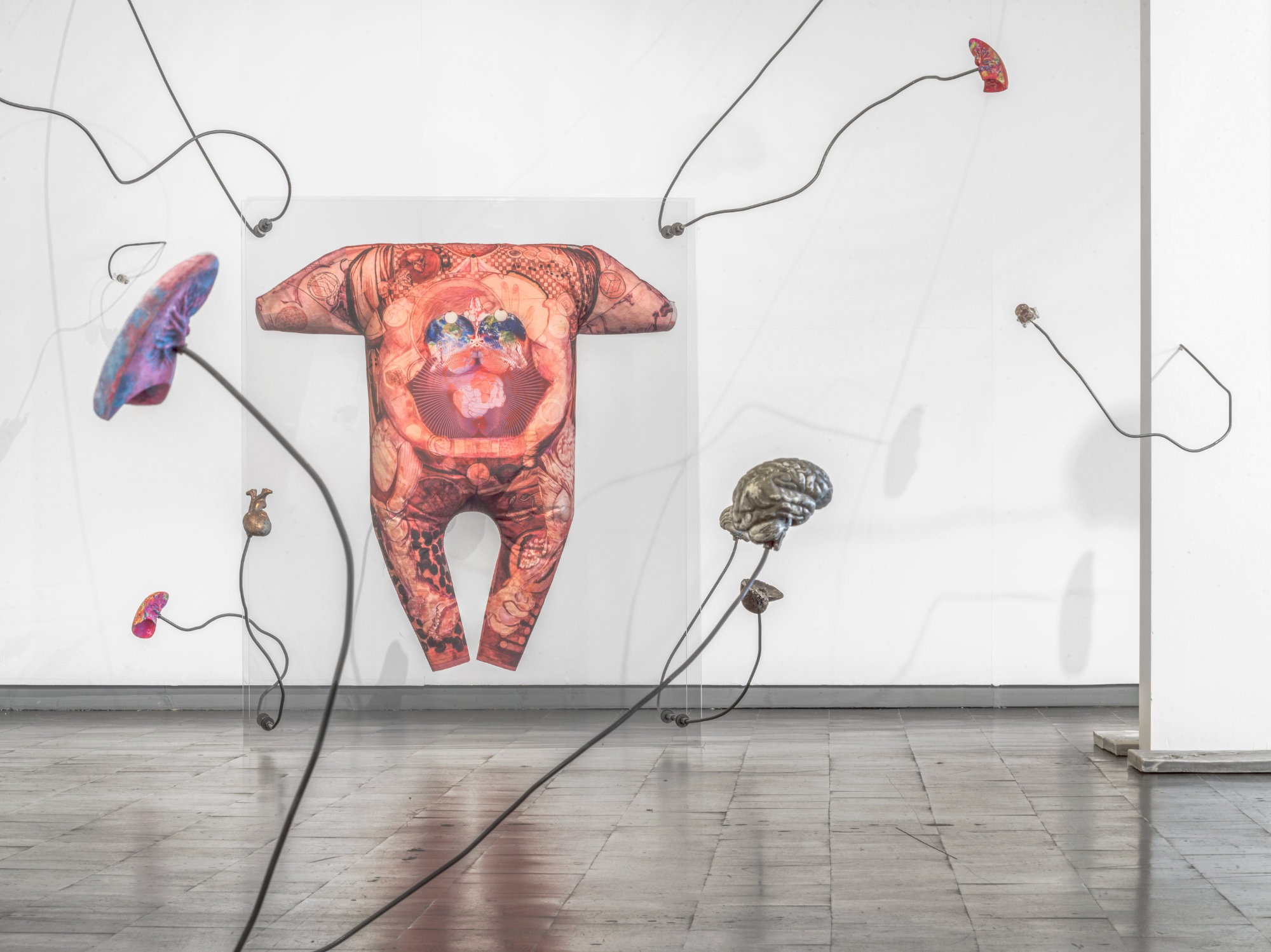 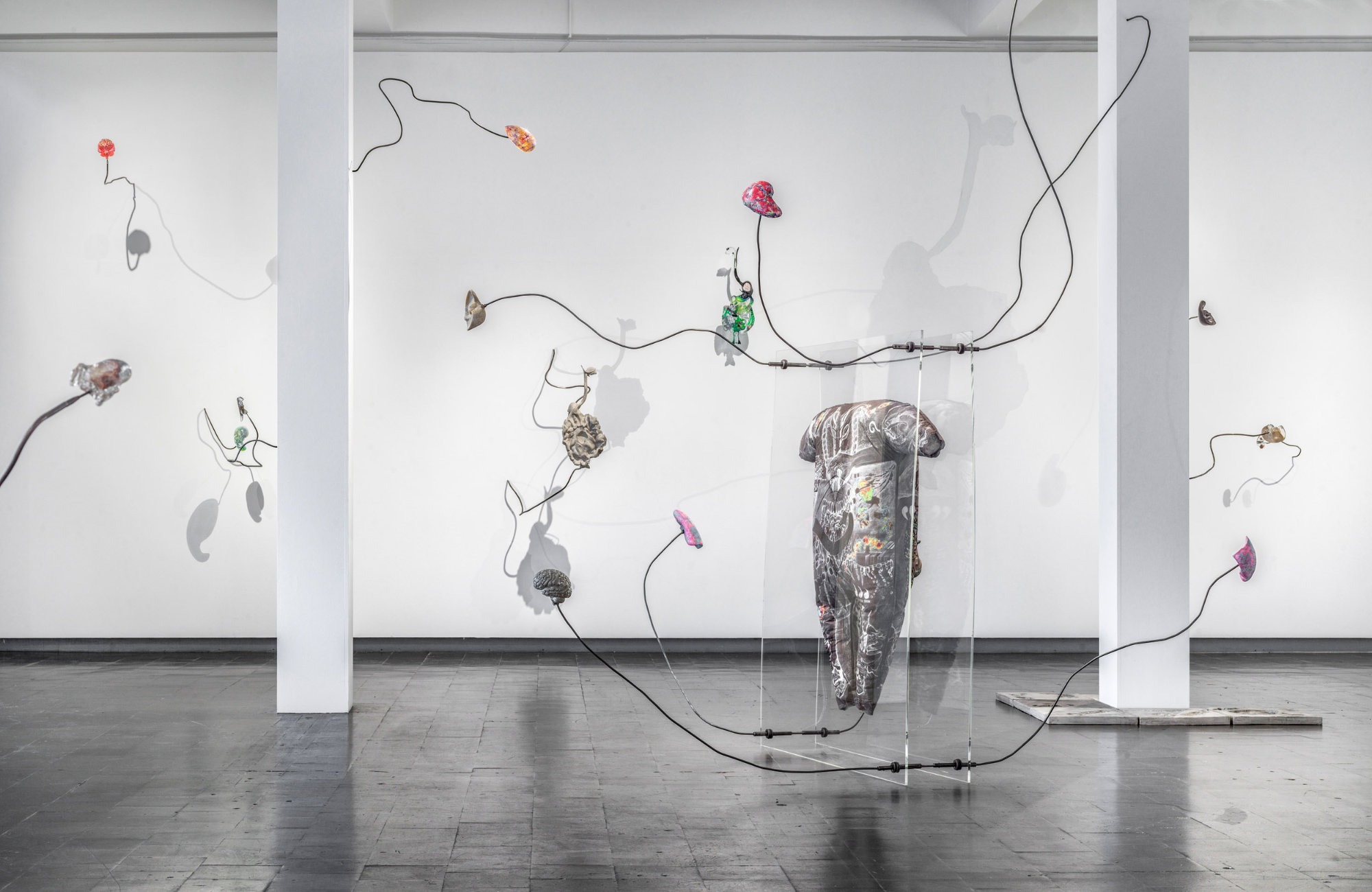 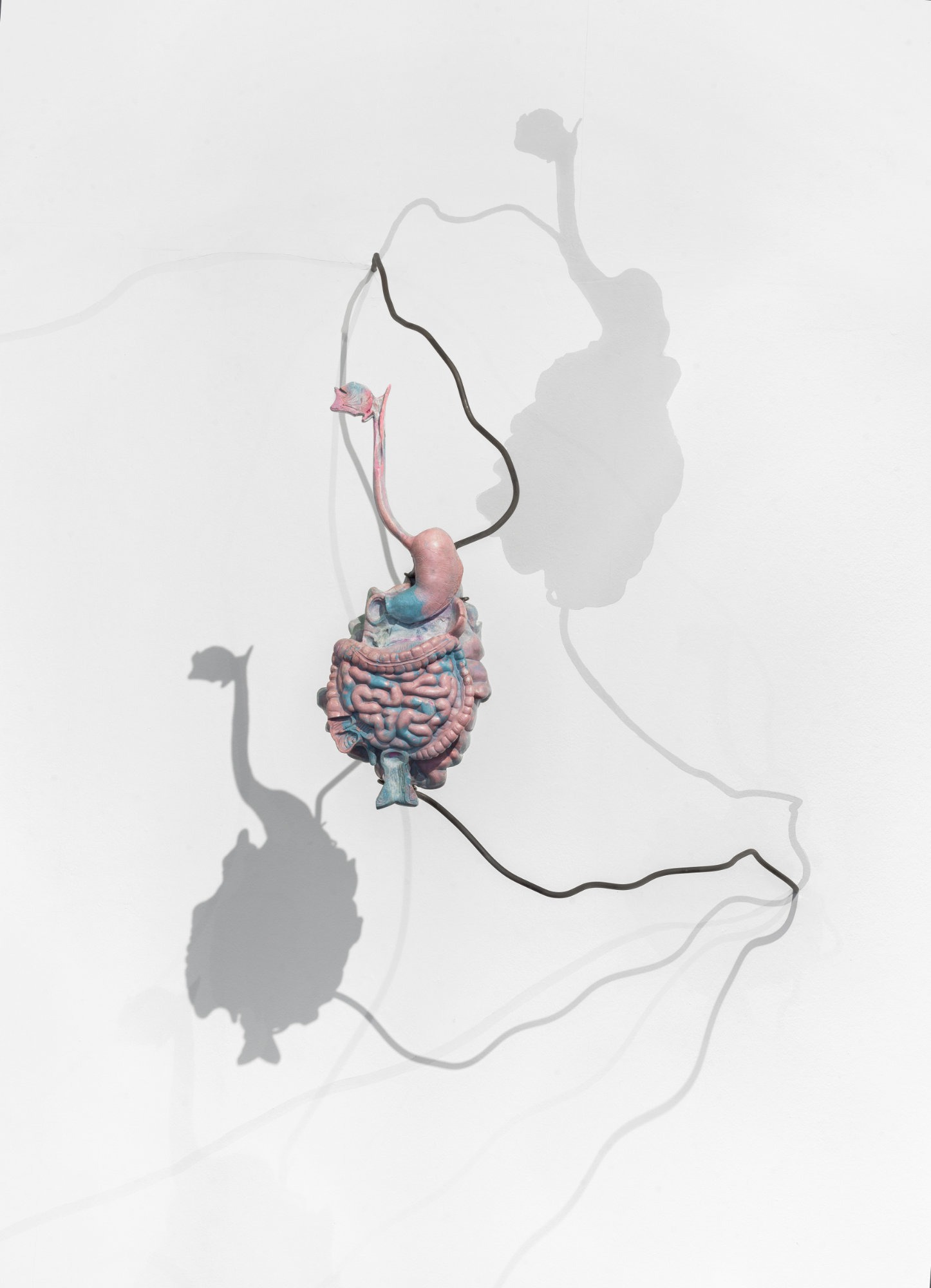 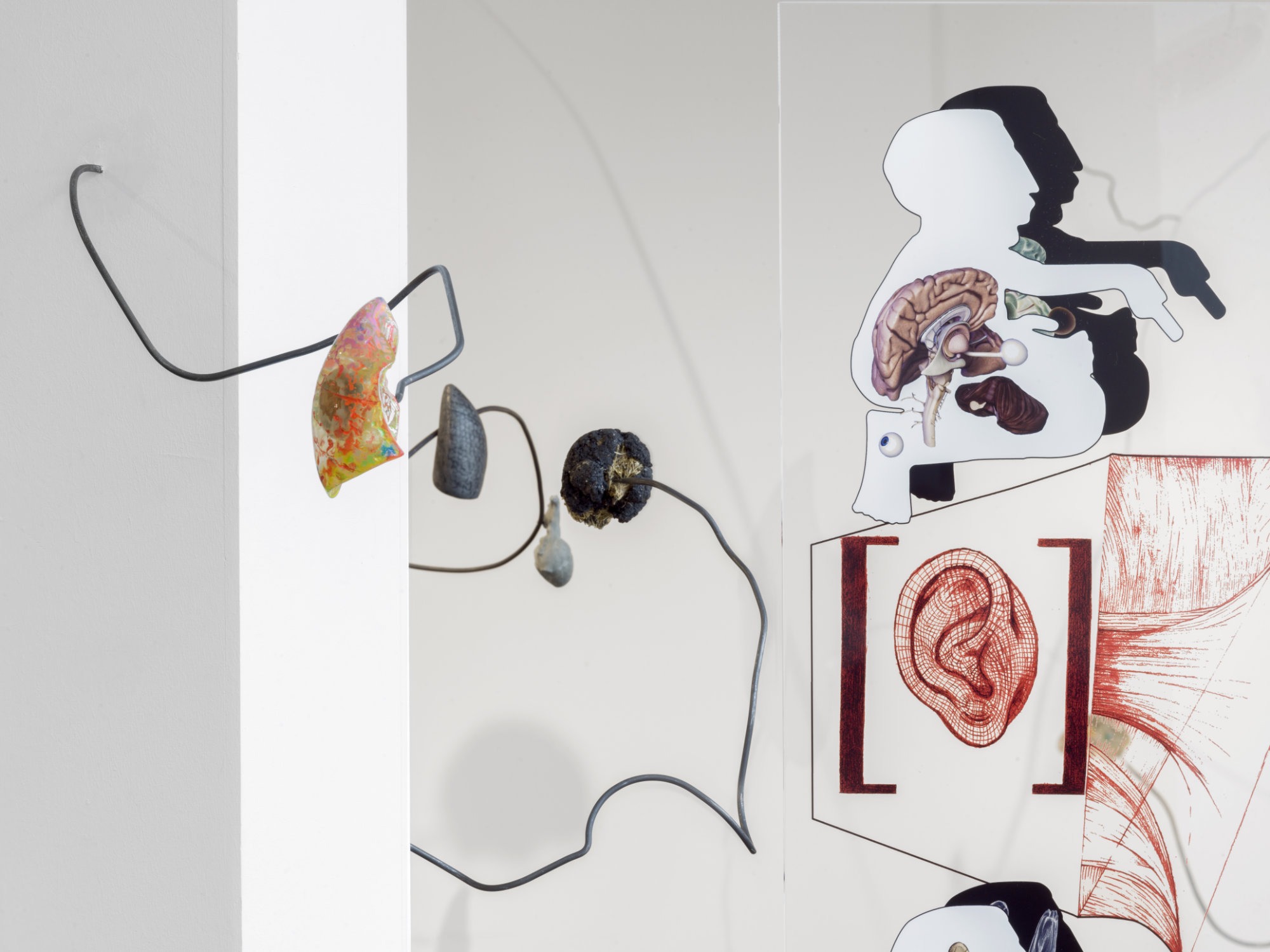 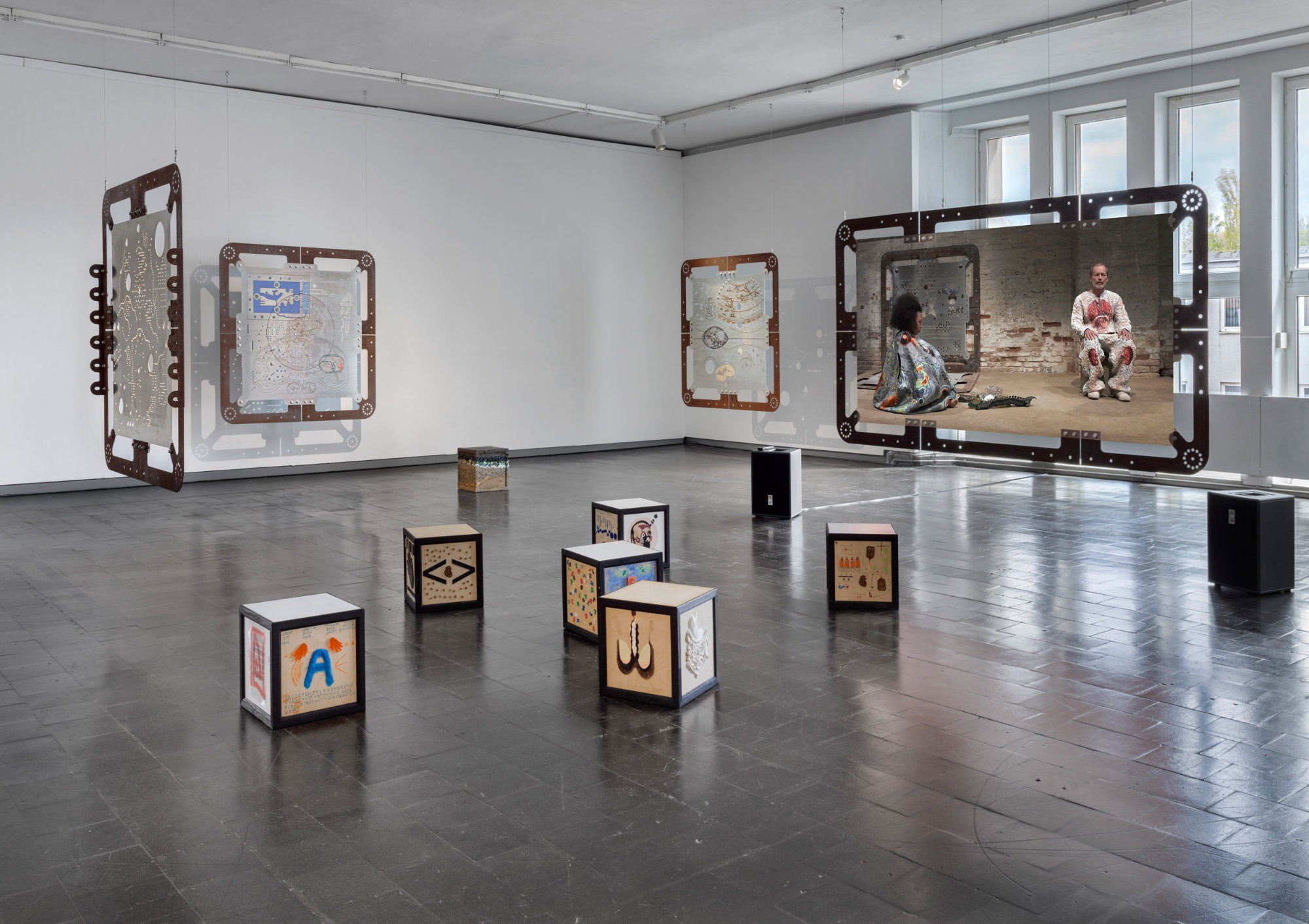 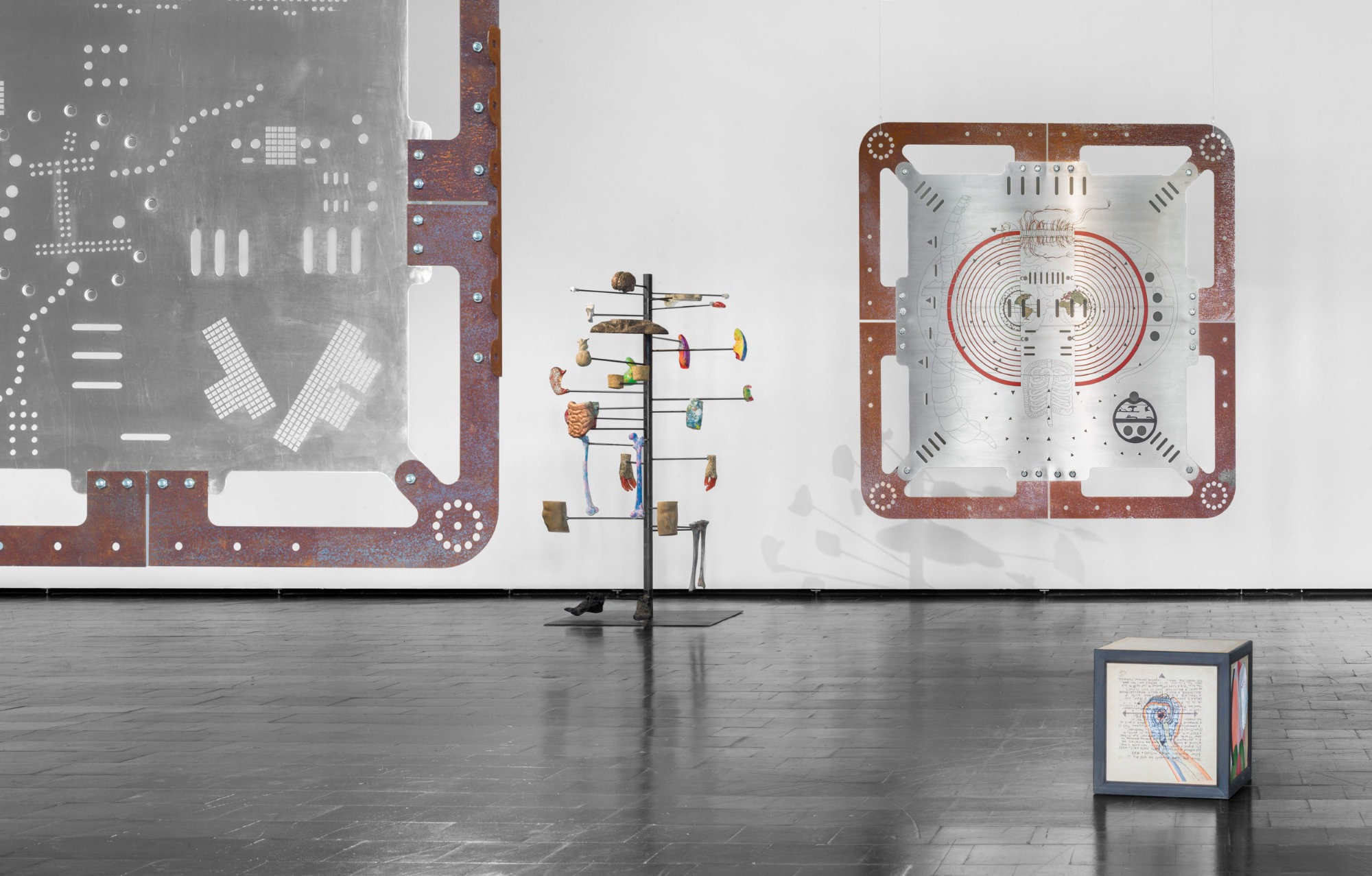 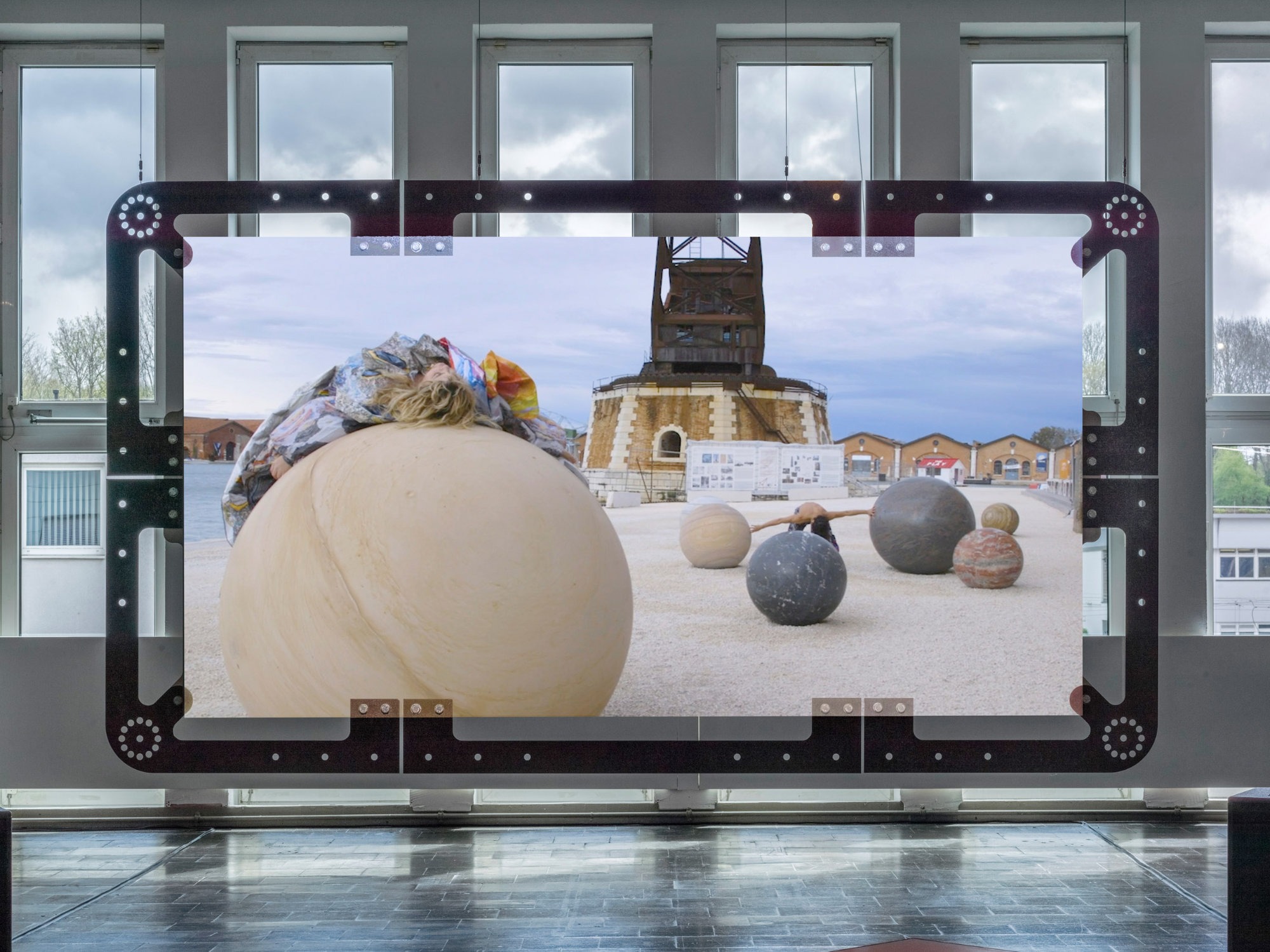 Mariechen Danz, Clouded in Veins, exhibition view at Kunsthalle Recklinghausen, 2021, collaboration with Alicja Kwade, in cooperation with Genghis Khan. Fabrication Co. Photo: Roman März
What started as a coal miners’ theater tradition in the Ruhr area in Western Germany over 70 years ago is now Europe’s largest theater festival. The Kunsthalle Recklinghausen—parallel to the Ruhrfestpiele—traditionally shows artistic positions with an affinity to the performative. This year it is Irish-German artist Mariechen Danz with her solo exhibition Clouded in Veins.

Danz’s art takes the (im)possibilities of communication and knowledge transfer as its starting point, placing the human body at the center of her practice. In her installations, sculptures, drawings and performances, Danz probes the expressive capabilities and limitations of language, the legibility of signifiers and their hierarchical systems. Danz’s artistic discourse insistently encircles the role of subjectivity and objectivity in scientific history and alternative forms of human understanding alike. These topics have gained a poignant immediacy through the recent pandemic situation the world had to experience.

Clouded in Veins takes over all three floors of the Kunsthalle, opening up the architecture of the former bunker: the exhibition space as osmotic container and body of knowledge itself.

The Kunsthalle Recklinghausen is situated in a former WWII Bunker and gained international recognition in the 1950s as a place for new abstract art. Recently Nico Anklam was appointed as head of the city’s museums and new director of the Kunsthalle. Clouded in Veins is part of the Urbane Künste Ruhr public art program in the Ruhr region.

A catalogue with essays by Susanne Witzgall and Angelika Stepken published by Distanz Verlag, as well as an album released by Monkeytown Records, accompanies the exhibition.
www.kunst-re.de