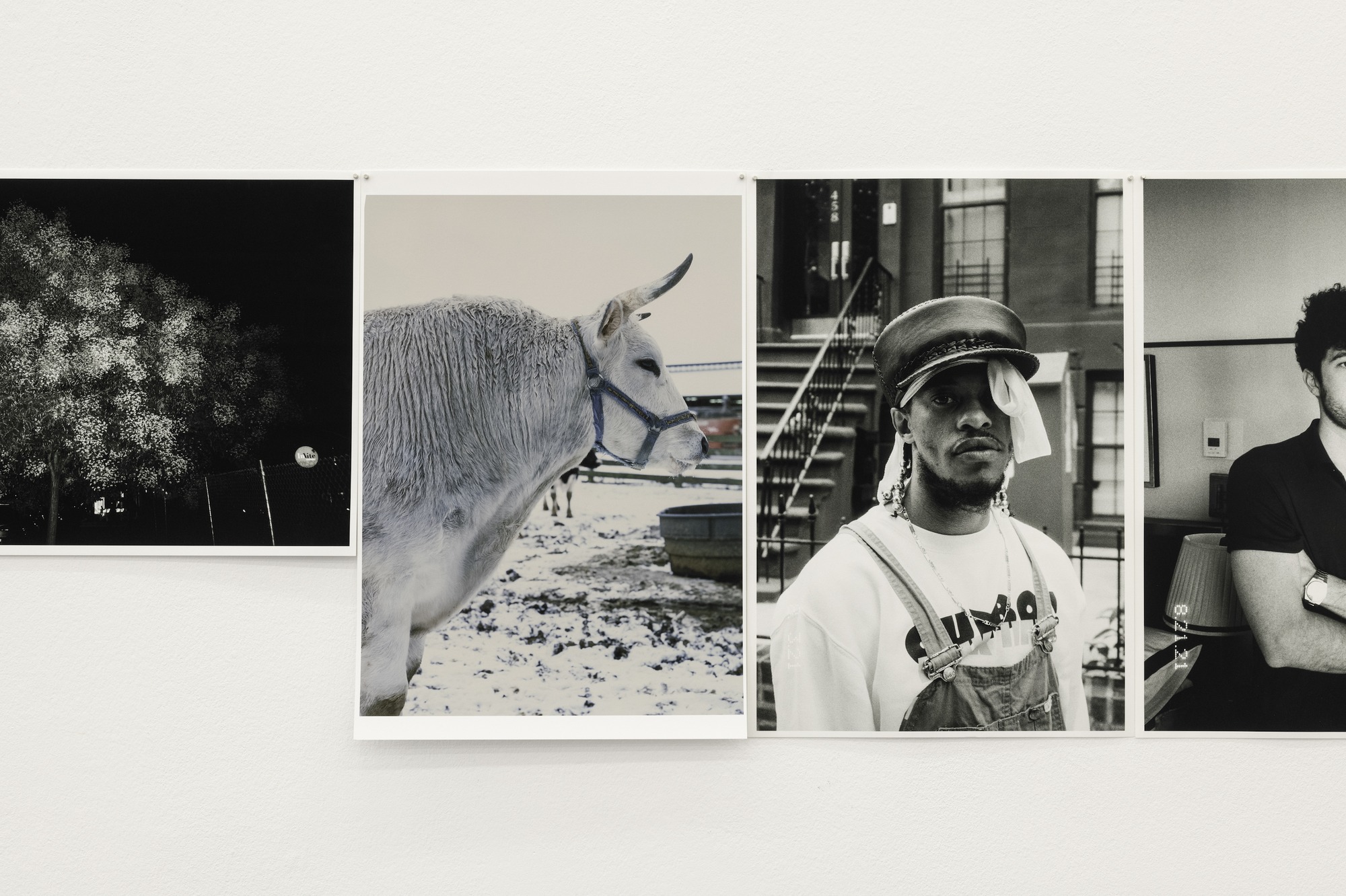 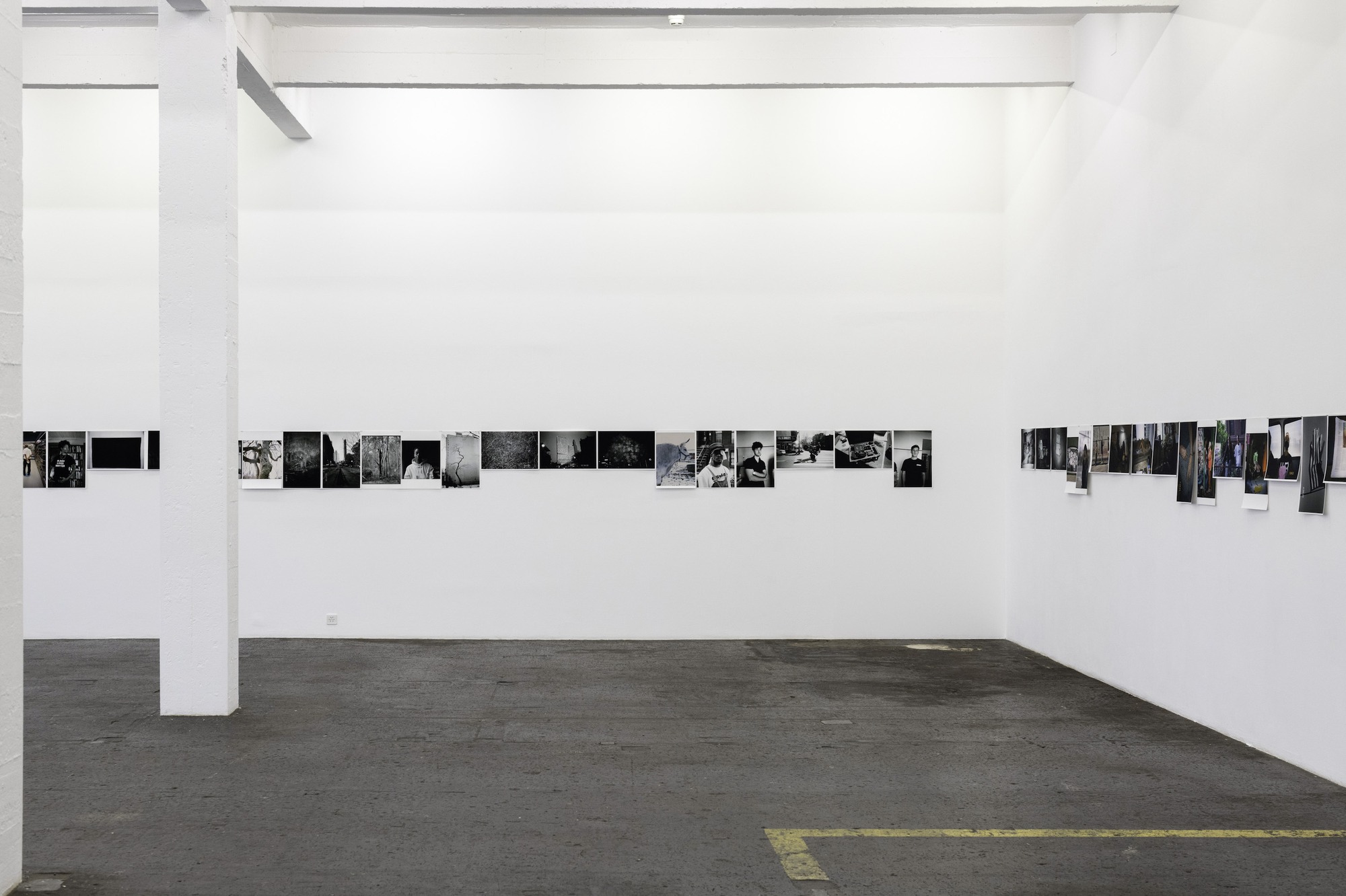 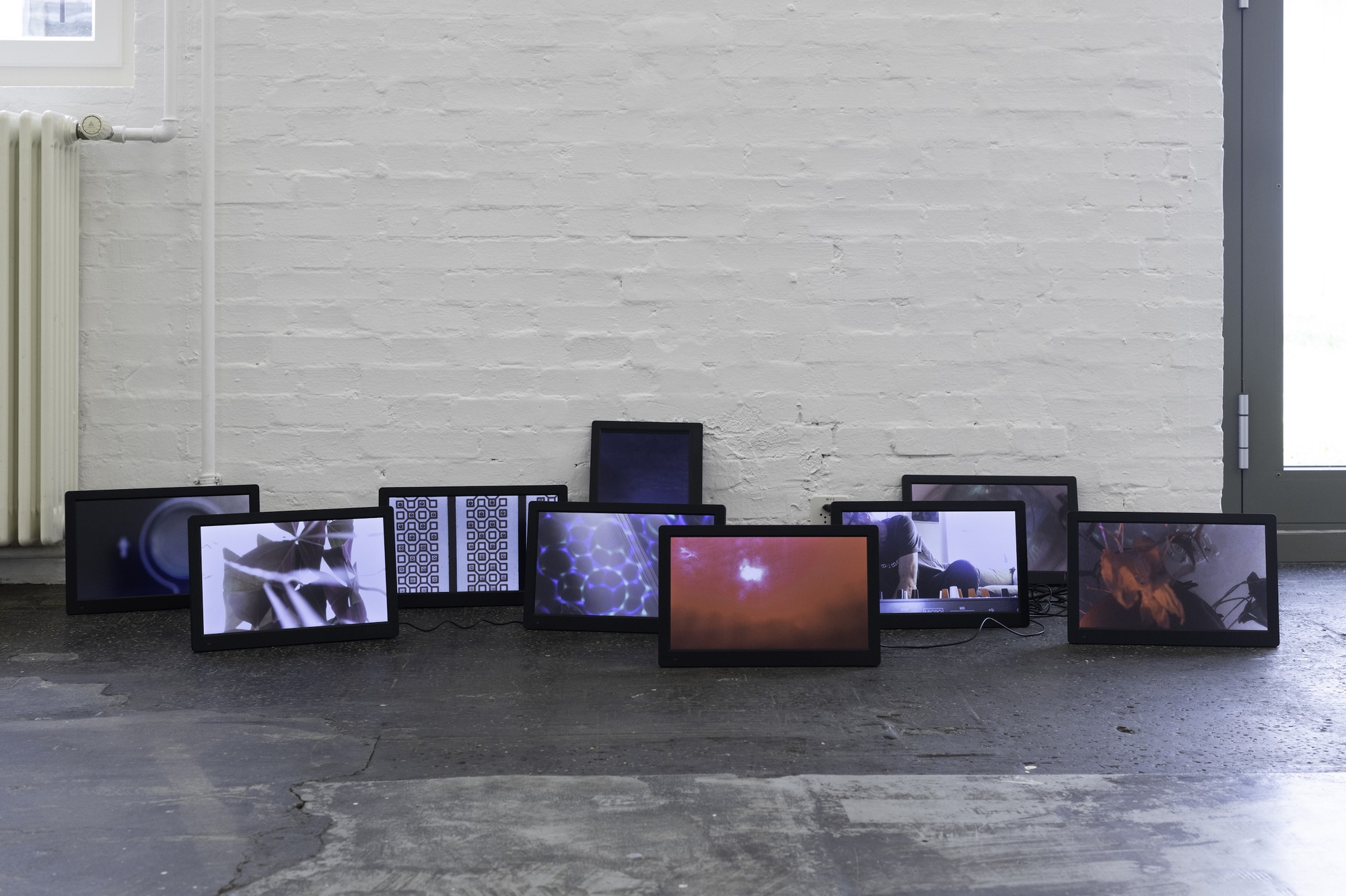 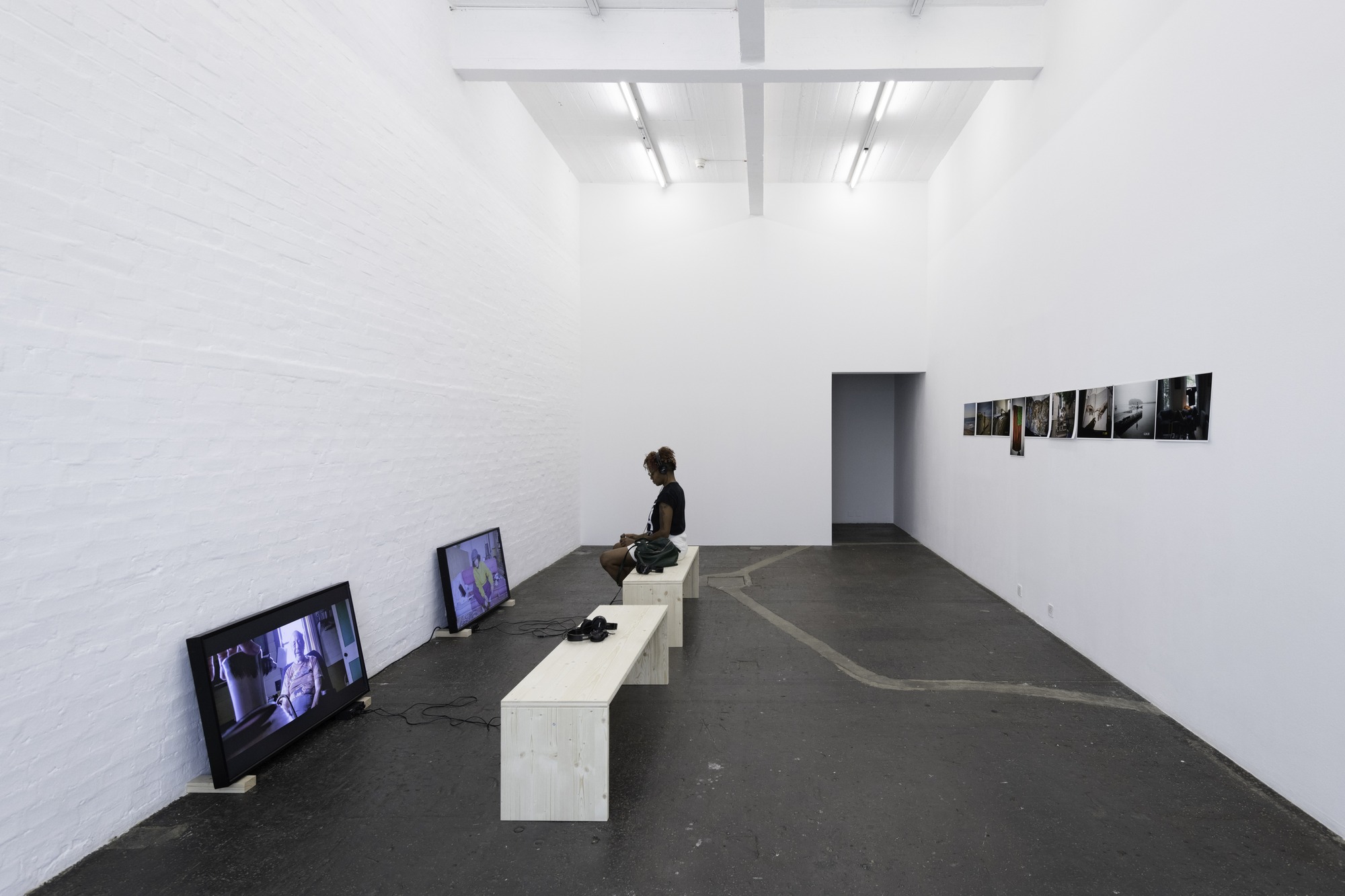 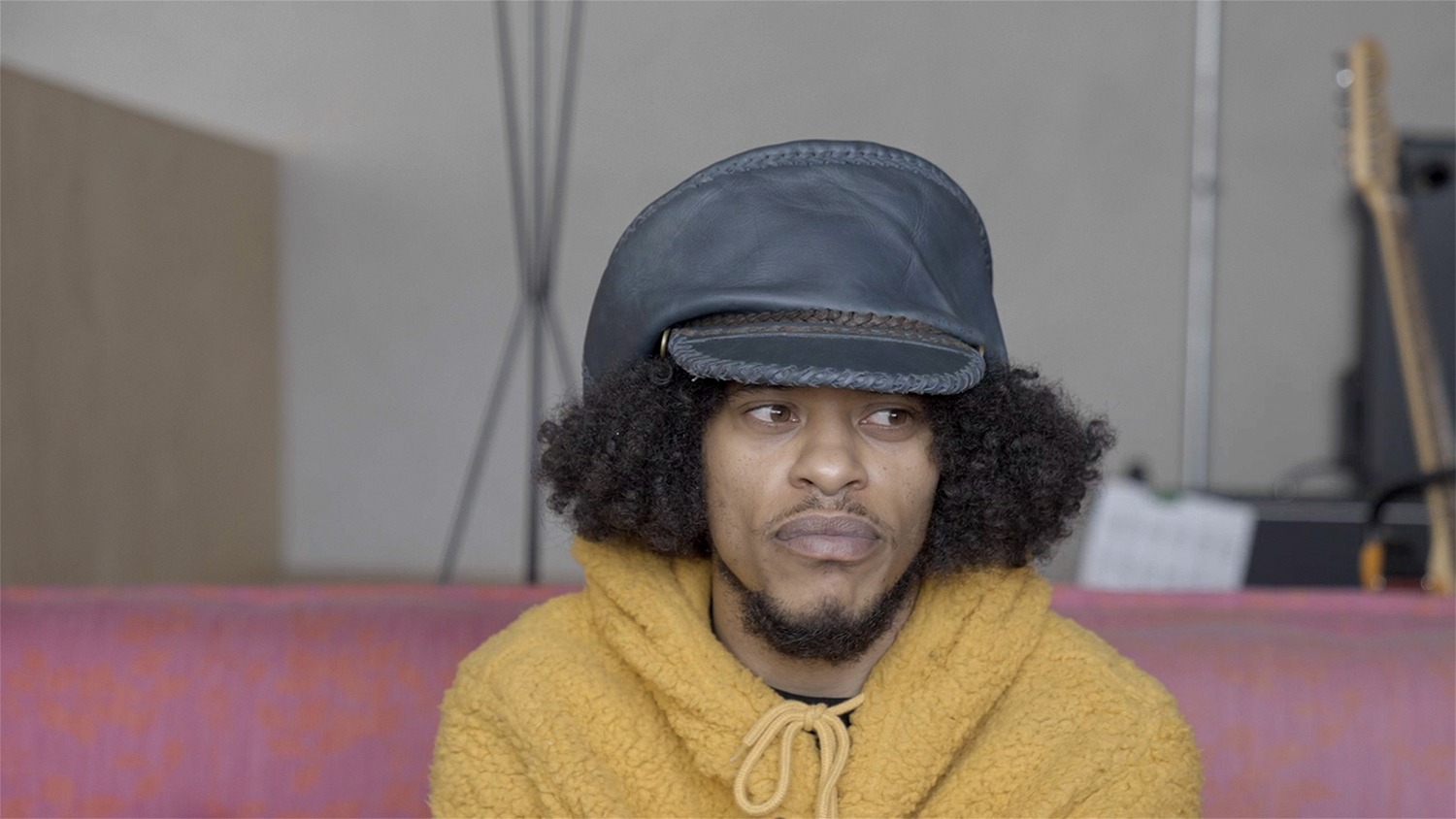 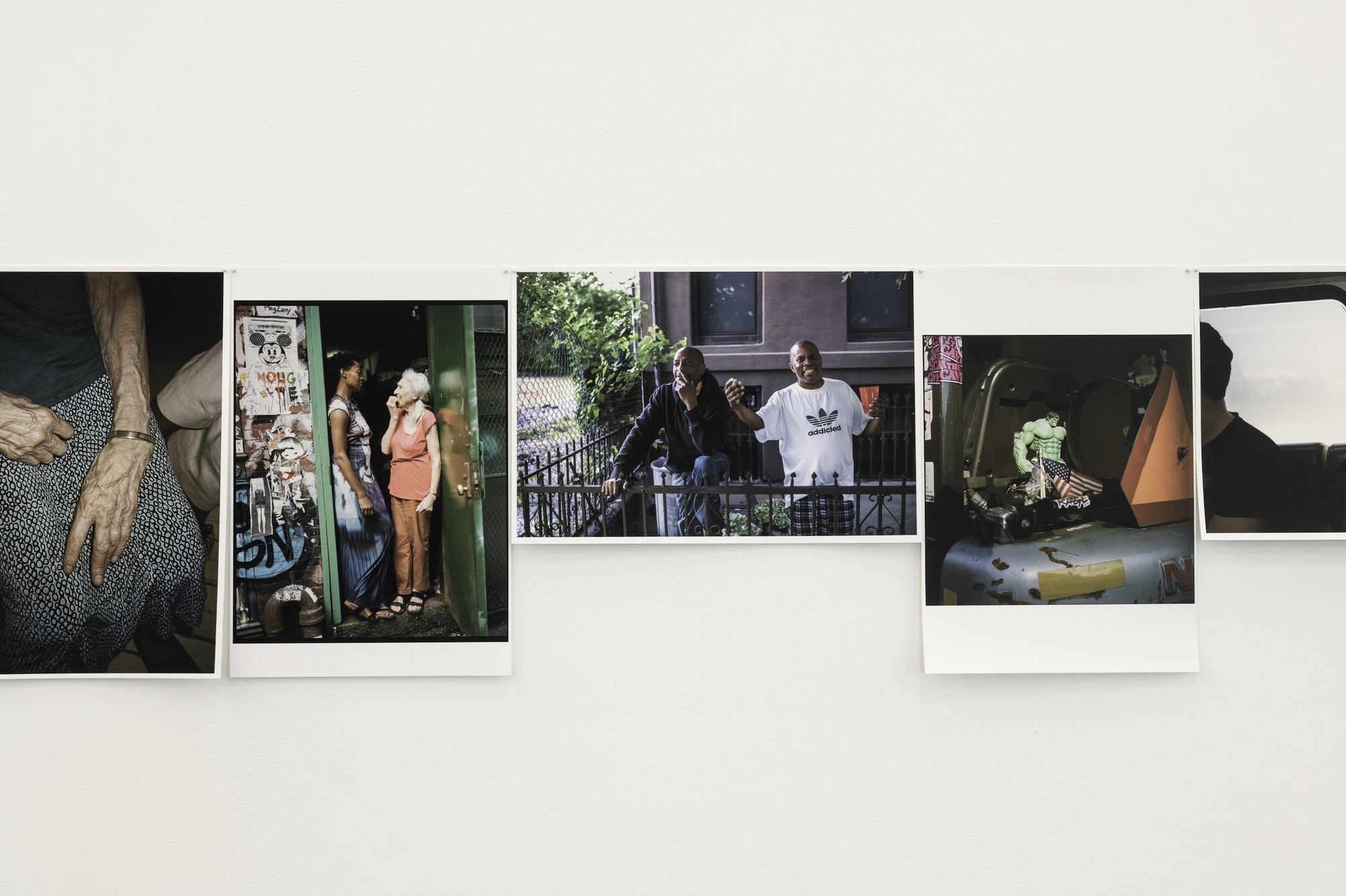 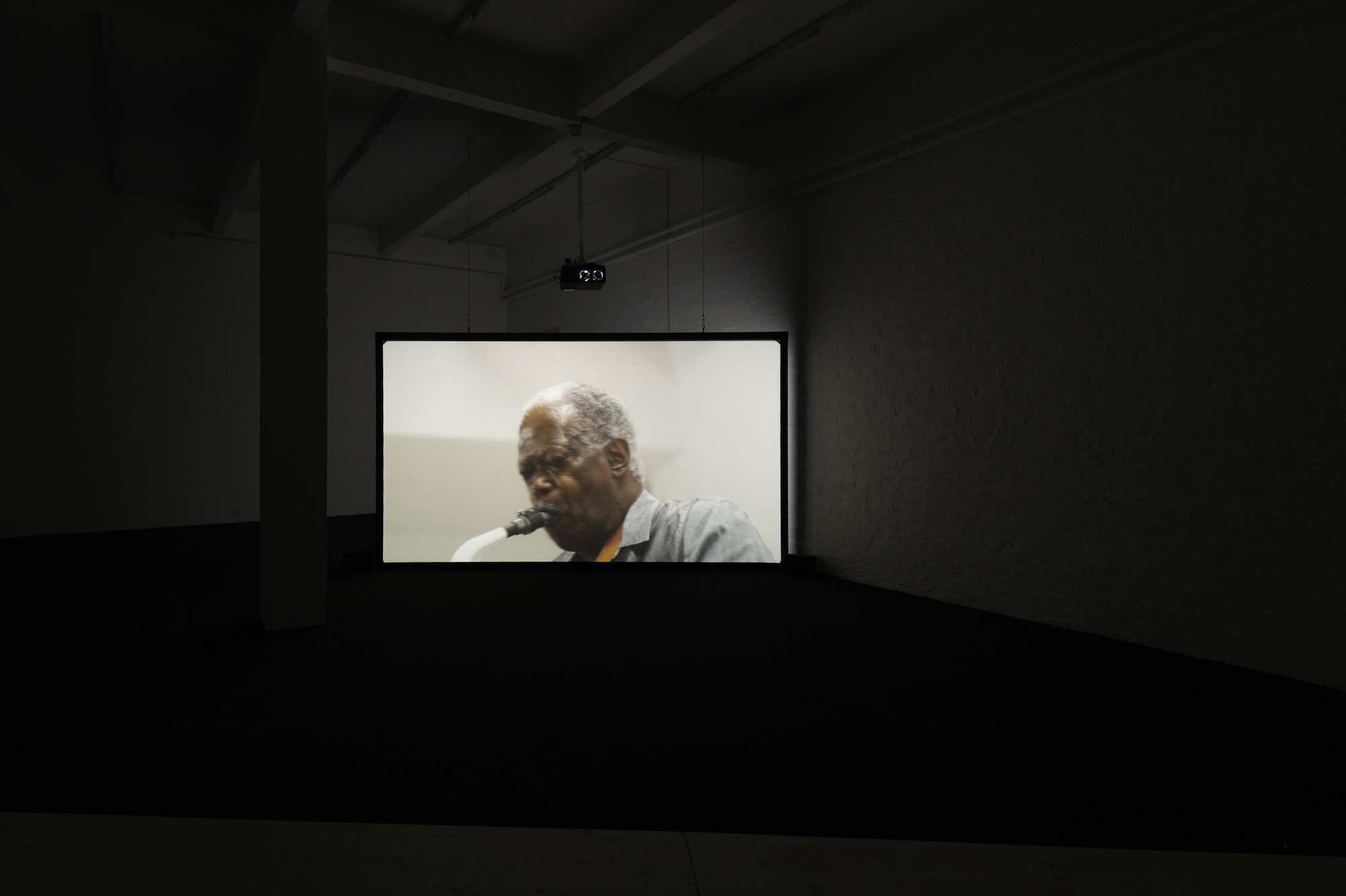 Ari Marcopoulos, Alone Together with Joe McPhee, 2021.
Photo: Kunst Halle Sankt Gallen, Sebastian Schaub.
Since four decades, Ari Marcopoulos (*1957 in Amsterdam/NL, lives in Brooklyn/US) has been documenting the emergence of pop cultural phenomena and the influential figures of these movements with his camera. Meanwhile, he has become one of the best-known figures in contemporary photography, although this is not the only medium of his work, as the exhibition in the Kunst Halle Sankt Gallen intends to bring to the fore.

«Upstream» is among few, and the largest solo exhibition to date, that Ari Marcopoulos has realised in an institutional art context. Emphasis lies on works that were created during the last two years and have never been shown before. The exhibition at the Kunst Halle Sankt Gallen will focus primarily on Marcopoulos' film and video production, amongst them is the video installation Alone Together (2021) – an impressive documentation of a saxophone performance by Joe McPhee. The tension between the imediacy of the music and the intangible cultural and historical references lend this video portrait an uncanny intensity. The same tension animates Nova Scotia (2019), a video work that captures the depth of a particular complicity between Marcopoulos and a fellow artist and mentor. The exhibition thus shows a little-known side of the work of Ari Marcopoulos, who also restages sound experiments (distributed for the first time on social media as a livestream) and presents them to the public in St.Gallen.

The exhibition was developed during the global pandemic and does not hide it: it reflects the period of social renunciation and simultaneous withdrawal into intimacy. However, the latter is not regretted, but rather captured as a creative state. Especially in the photo series in the first room of the Kunst Halle Sankt Gallen, the subjective experience and perception of the artist are witness to a collective feeling. Private scenes, nature shots, front pages of the New York Times, portraits of his partner or other artists are mixed in a flow of images that are both poetic and documentary. Moreover, the photographs become examples of Ari Marcopoulos' inexhaustible productivity, highlighting the indispensable role of this medium as a major witness of our times.

«Upstream» is accompanied by a publication bearing the title of the exhibition and published by Roma Publications (with texts by Ari Marcopoulos, Giovanni Carmine and Hamza Walker).